How we monitor wildlife in the preserves

From the birds that populate our forests and the mammals that live in our grasslands and prairies to the reptiles that inhabit our waterways, the wildlife all around us is critical to the health of our ecosystems and also enhances our enjoyment of the great outdoors.

In the Will County forest preserves, monitoring all the wildlife in the preserves is the work of the Conservation Department, and it takes on many forms, said Becky Blankenship, the Forest Preserve District’s wildlife ecologist. Even incidental encounters with wildlife, like spotting a particular woodpecker or snake species in a preserve where it had not previously been recorded, helps provide a good picture of what is living where. 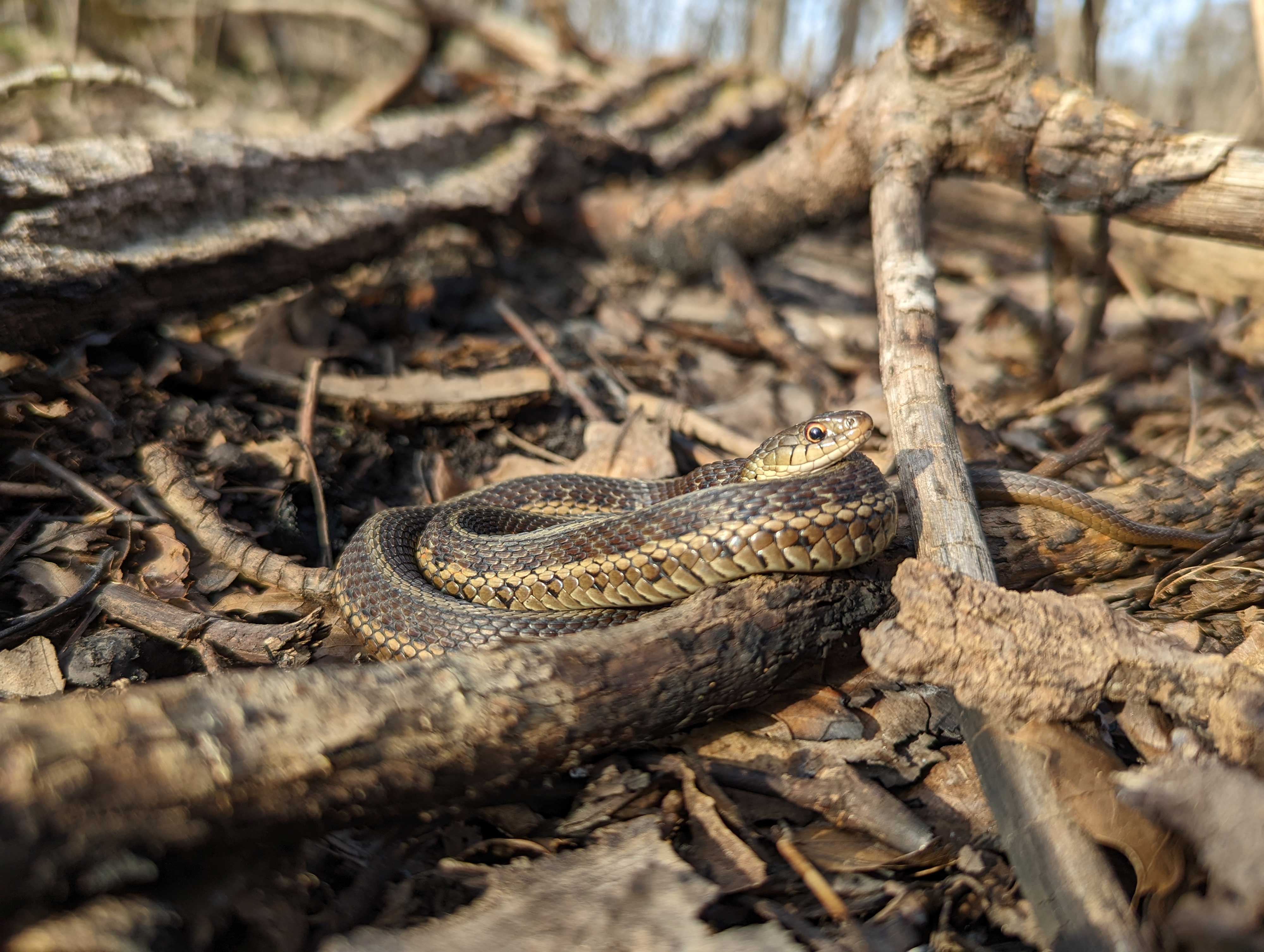 The goal of wildlife monitoring is to shape habitat management plans, Blankenship said. Data collected from various means of monitoring helps District staff notice changes and trends, such as animals moving into an area that was recently restored.

For Blankenship, wildlife monitoring includes many different tasks, from documenting the location of bald eagle nests in the county to aerial deer surveys completed via helicopter to formulate the District’s deer management program. Even trail cameras placed at various preserves across the county are part of Blankenship’s wildlife monitoring efforts and can contribute to the development of habitat management plans.

“Trail cams are just out there to catch anything that perhaps wouldn’t get seen during daylight hours,” she said. “It opens up observation to things we wouldn’t see otherwise because they are active at night.”

Among the more elusive animals that she has spotted on trail cams are bobcats and flying squirrels.

To keep tabs on snake species in the preserves, Blankenship places large coverboards (large sheets of wood or metal) at various locations and then checks them throughout the season, making note of the species she finds underneath. 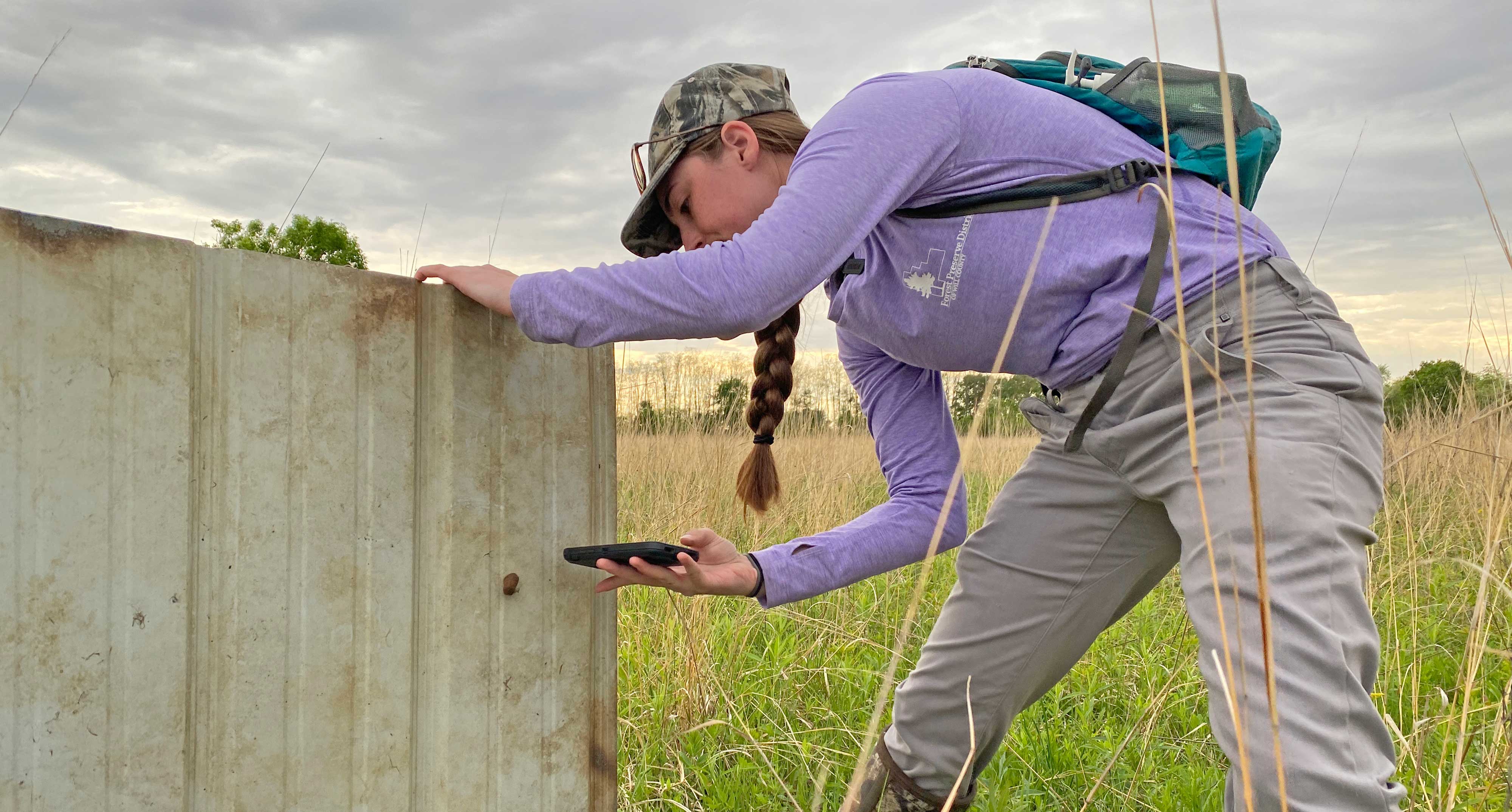 The coverboards are attractive to snakes and other reptiles because they serve as a place of refuge and create a desirable environment that is dry and warm. While Blankenship mostly finds snakes when she checks the coverboards, she also sometimes finds mammals such as mice and even a baby opossum.

A more long-term project Blankenship has been involved in for the past two years is studying the ornate box turtle population in the southern part of the county. Her study involves tracking the movement and habitat use of the turtles, as well as collecting reproductive data such as clutch size, nest site selection and nest success.

The turtles are a state-threatened species, and her research will allow the District to better manage the habitat to aid in their survival and increase their viability. Because the study involves a longer time span, she gets a lot of data on what is changing over time.

“It is really cool to see from year to year how they are responding to things,” she said of the turtle study. “Change is really interesting to look at.”

Once the box turtle study concludes, Blankenship hopes to be able to begin another long-term wildlife monitoring study, perhaps on the presence of flying squirrels in the preserves. 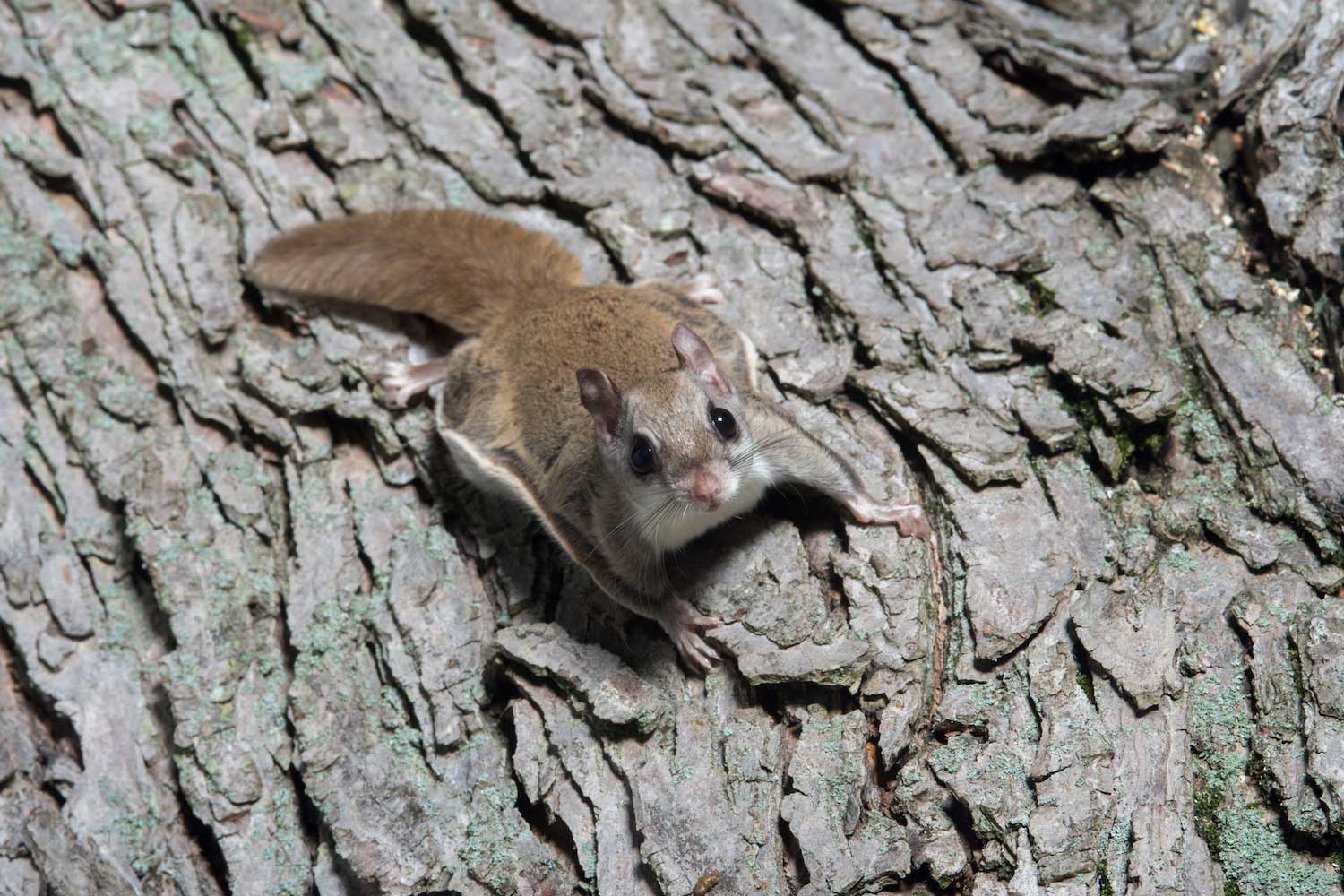 Much like everything else in life, advances in technology have made wildlife monitoring a little easier, Blankenship said. The biggest efficiency comes from using apps like Field Maps to track different wildlife species in different preserves and even management units within preserves. Using the app makes it easier to record findings and also pull reports and data while developing management plans.

While the District’s Conservation Department staff is responsible for much of the wildlife monitoring done in the preserves, volunteers also help in these efforts, said volunteer services supervisor Emily Kenny. In fact, more than 50 District volunteers assist with wildlife-monitoring efforts, including a few who have worked in this capacity for more than 20 years. 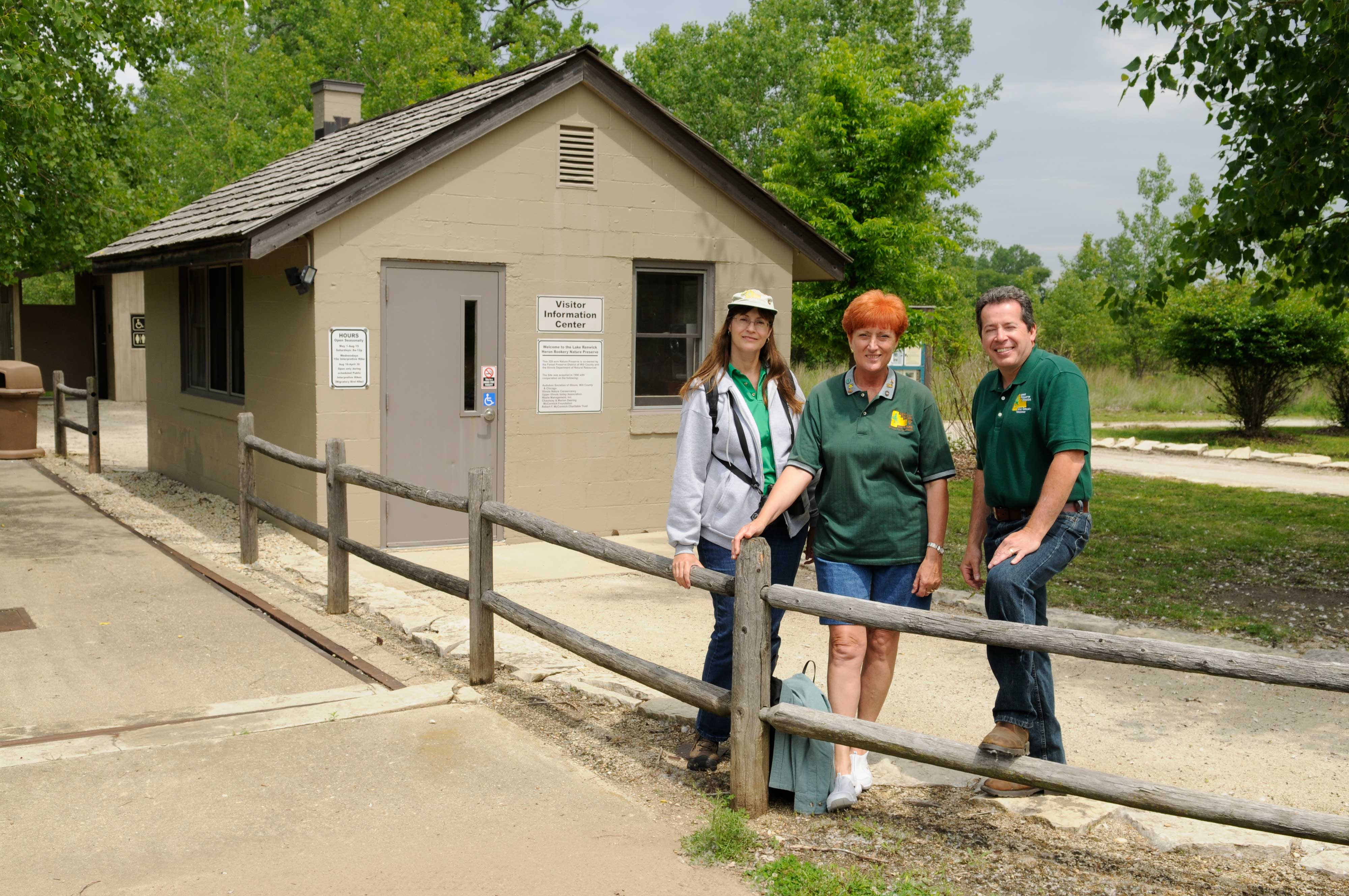 Volunteers Phyllis Schulte and Sally Wieclaw both just completed their 22nd year as butterfly monitors. Their work entails visiting their monitoring site at least six times during the monitoring season from June 1 to Aug. 7, following a specific route through various habitats and recording the butterflies they see, Wieclaw said.

Each session takes about two-and-a-half to three hours, Schulte said. They try to visit weekly but it can be difficult to do their monitoring that often because certain conditions much be met, including mostly clear skies, calm or light winds and temperatures about 70 degrees.

Butterfly monitoring is done under the auspices of the Illinois Butterfly Monitoring Network. Schulte and Wieclaw both received training from the monitoring network before they got started. The network provides protocols the monitor must adhere to. Training is offered yearly, although returning monitors are not required to complete it. The monitoring network also offers optional online training, field trips and field training, Wieclaw said. 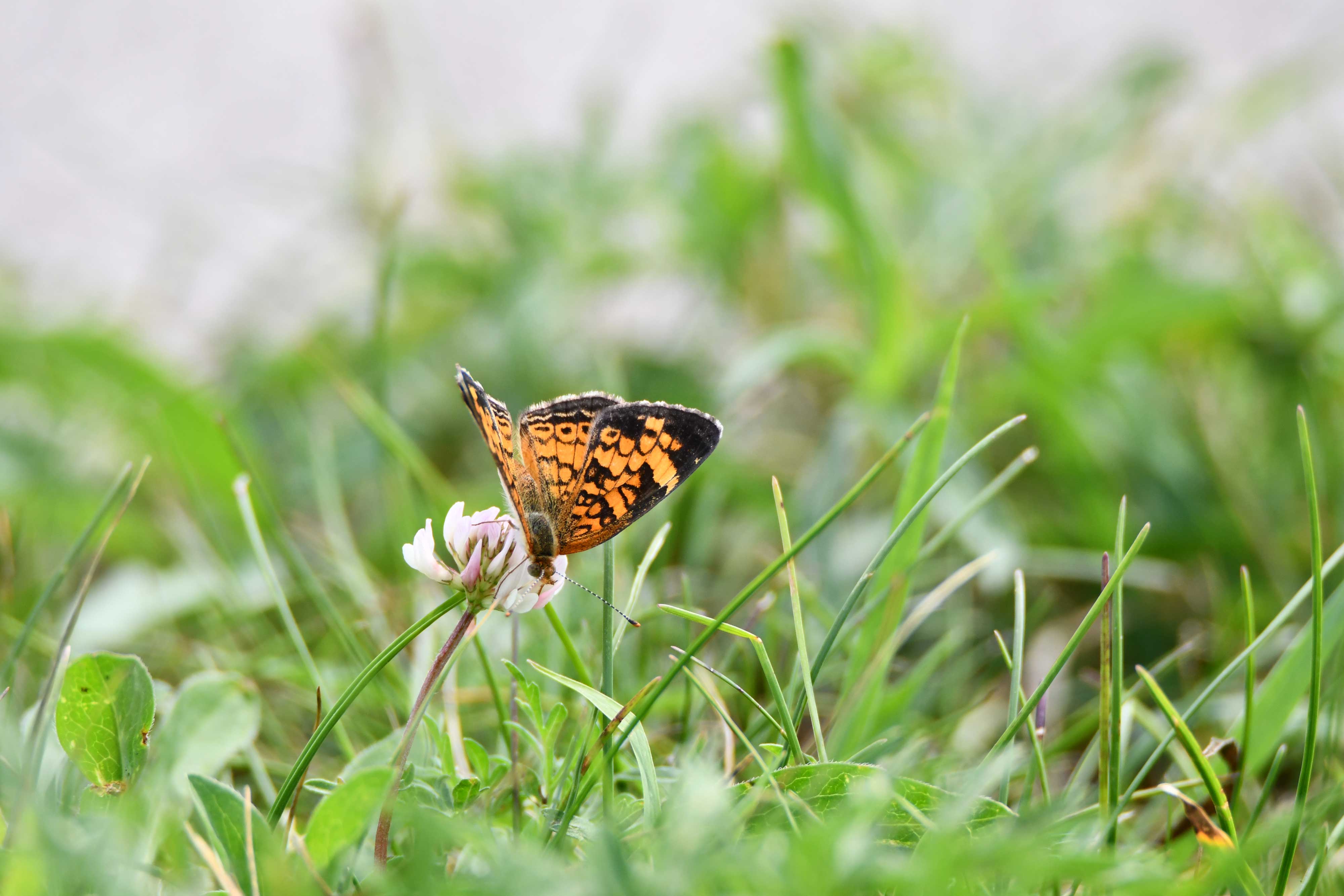 Schulte and Wieclaw shared a favorite experience from their years of monitoring: spotting a byssus skipper, which is an uncommon sighting. Schulte said they spent a lot of time after netting the butterfly trying to identify the species, finally landing on byssus skipper. After submitting their census for the monitoring outing, one of the monitoring supervisors contacted Schulte to say he thought it was misidentified because of how uncommon it was. They worked diligently to find the skipper again, and their efforts finally paid off on a monitoring trip with Floyd Catchpole, land management program coordinator for the District. They were able to photograph the butterfly, and the byssus skipper identification was confirmed.

In addition to butterfly monitoring, volunteers also assist with bluebird, grassland bird, calling frog, stream habitat, dragonfly and damselfly monitoring, Kenny said. Interested volunteers are trained by the organization in charge of the particular monitoring efforts, and then District volunteer coordinators work with volunteers to assign them to a preserve where the District is trying to collect data.

LEARN MORE ABOUT VOLUNTEERING IN THE PRESERVES 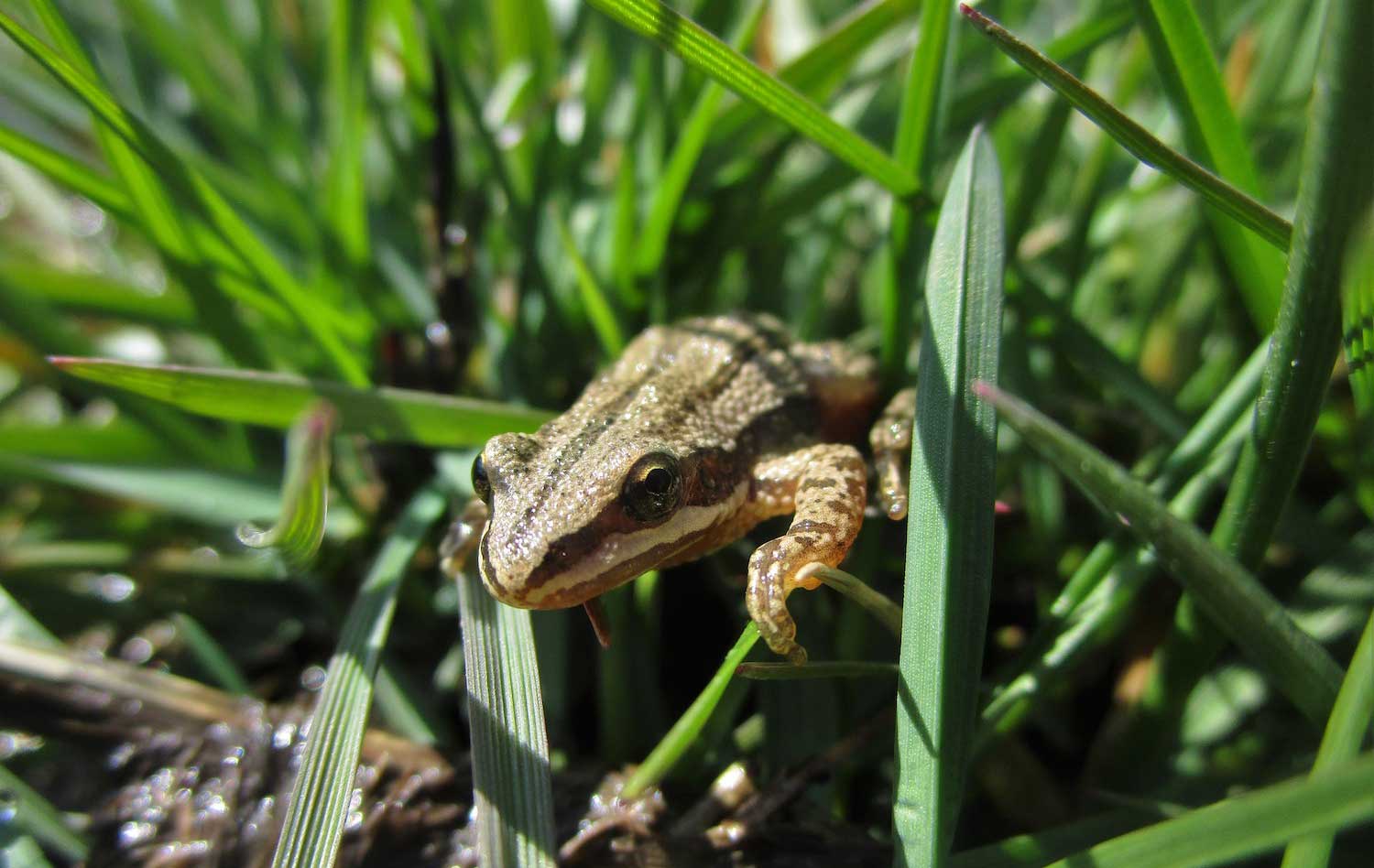 Blankenship is very appreciative of the volunteers who dedicate their time to wildlife monitoring. Information collected from volunteers is added to species observation lists for the various preserves and also used to formulate and update habitat management plans.

“It’s bonus data,” she said of the information gleaned from volunteer wildlife monitors. “It’s extra information that we would not be able to collect without these volunteers. It’s always exciting to see what they get.”

“All of that is information I can’t collect just on my own, so it’s nice to have collaborators,” Blankenship said. “We compile the data from every source we can get.”