What you need to know
about prescribed burns

It's a vital tool in restoration

Fire is as natural a force as wind, water, drought, floods, blizzards, and insect infestations. Before Europeans settled in North America, fires regularly occurred naturally due to lightning strikes, but were also started accidentally and intentionally by man.

Deliberately set fires were an important tool of Native Americans who used fires to hunt, improve visibility, protect themselves and their villages from wildfires, make traveling through the tallgrass prairie easier, and for many other reasons.

As the continent was populated and developed, fire was widely suppressed because of its inherently destructive impact to many human interests and its potentially deadly affect on human life. The "Smokey the Bear" campaign reflects this perspective.

However, there are many benefits to burns when done for specific purposes.

Here's what you need to know about the Forest Preserve District of Will County's prescribed burns:

What is Prescribed Burning? 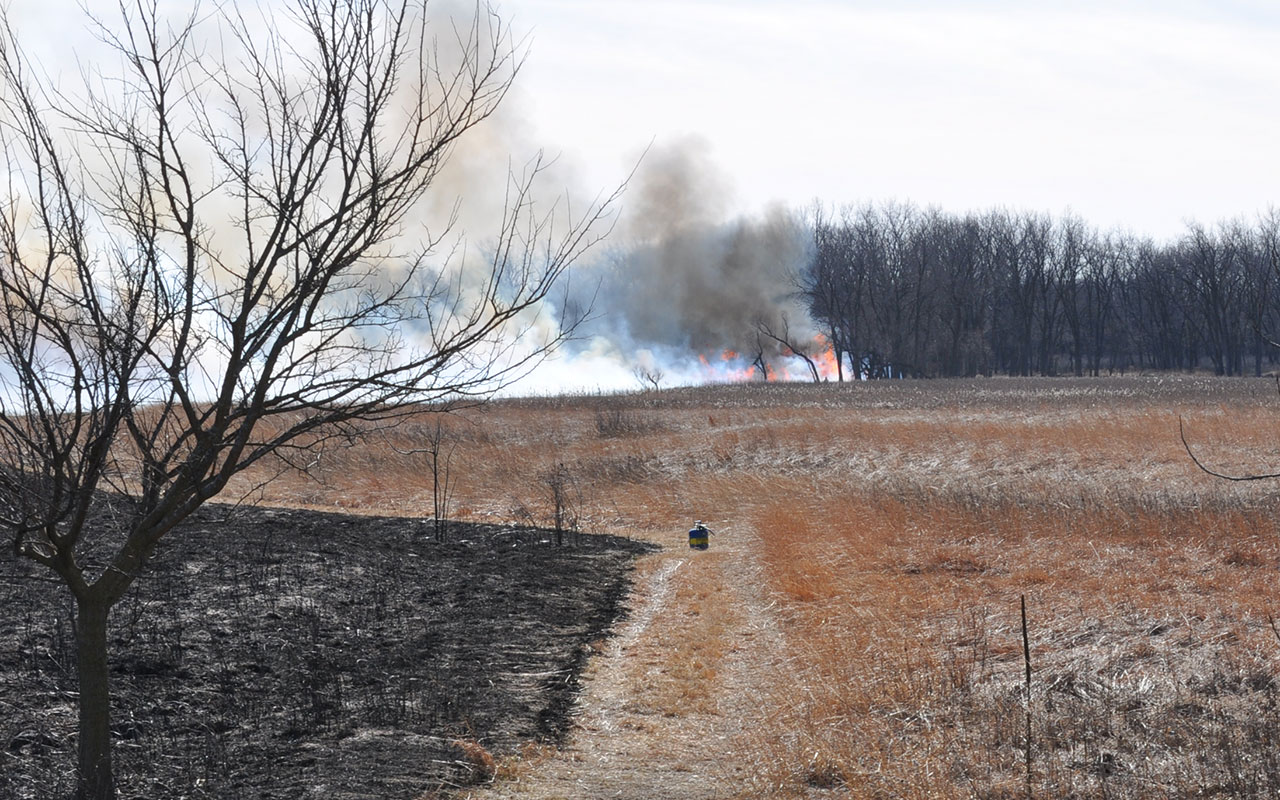 Before (right), during (far back) and after. (Photo by Glenn P. Knoblock)

Prescribed (or "controlled") burning is a means of reintroducing this natural process. A controlled burn involves identifying the area to be burned (the "burn unit"), establishing control lines in order to prevent the fire from burning unintended areas, and intentionally setting the burn unit on fire.

Areas within the county are managed by the District with controlled burning when there are reasonable assumptions that wildfire was an important ecological process that shaped composition and structure of a particular ecosystem type, and that maintenance or restoration of that community type cannot be achieved without its use. 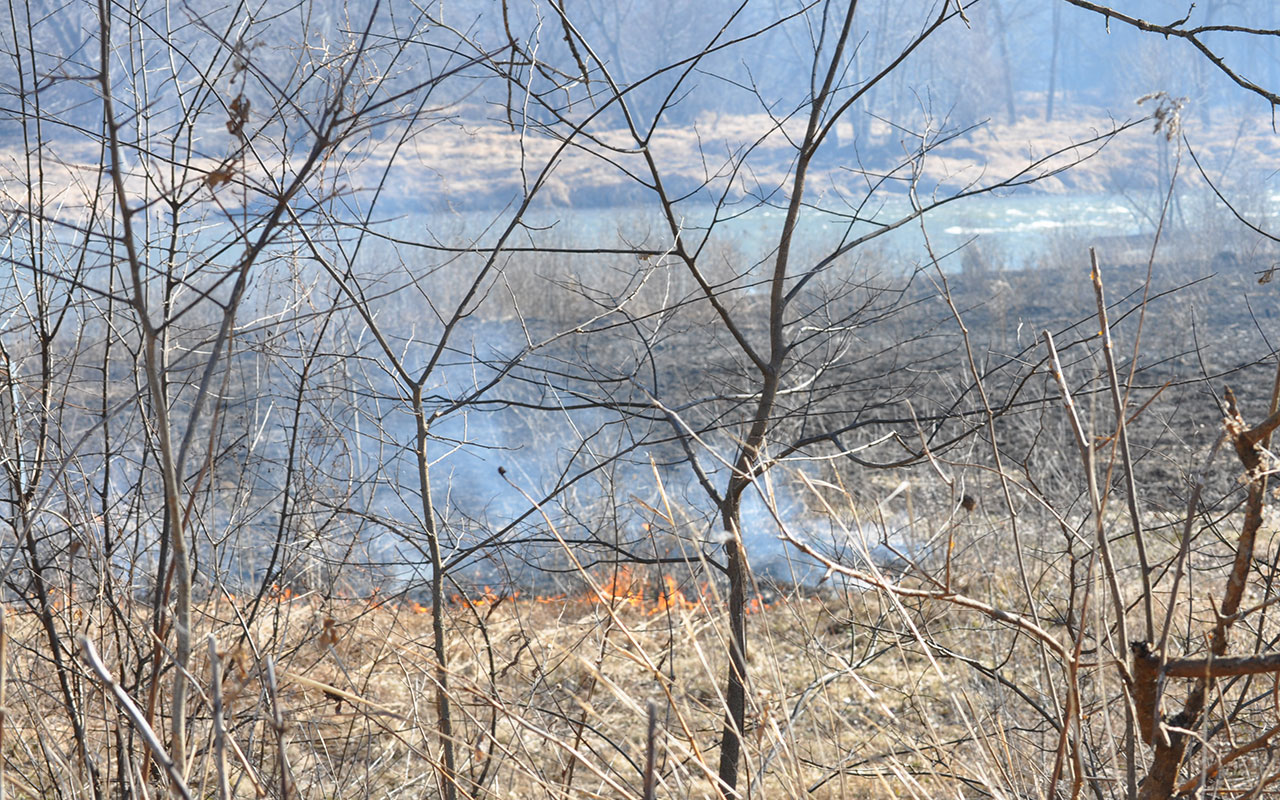 Many species are dependent on fire to maintain the habitat in which they live. The key growing part of most prairie plants is below ground, where the heat of the fire does not penetrate, allowing the native grasses and wildflowers to flourish once again following a fire event.

Many native trees such as oaks and hickories have evolved adaptations to protect them from fire injuries such as thick bark. There are species of evergreen trees which cannot germinate until the cones are exposed to the heat generated by fire.

Fire can be an important tool to attain specific maintenance objectives:

How is Prescribed Burning Done? 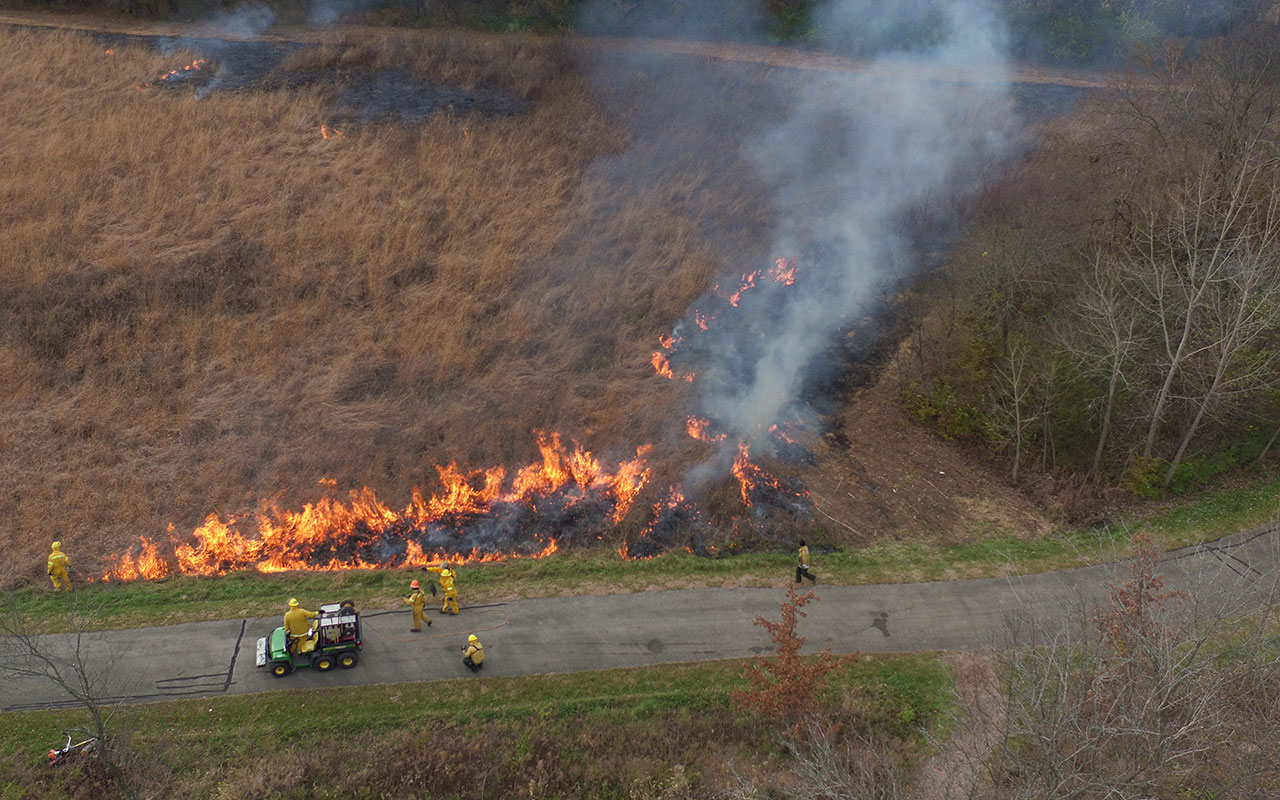 As part of the preparation process:

How are Injuries to Wildlife Avoided? 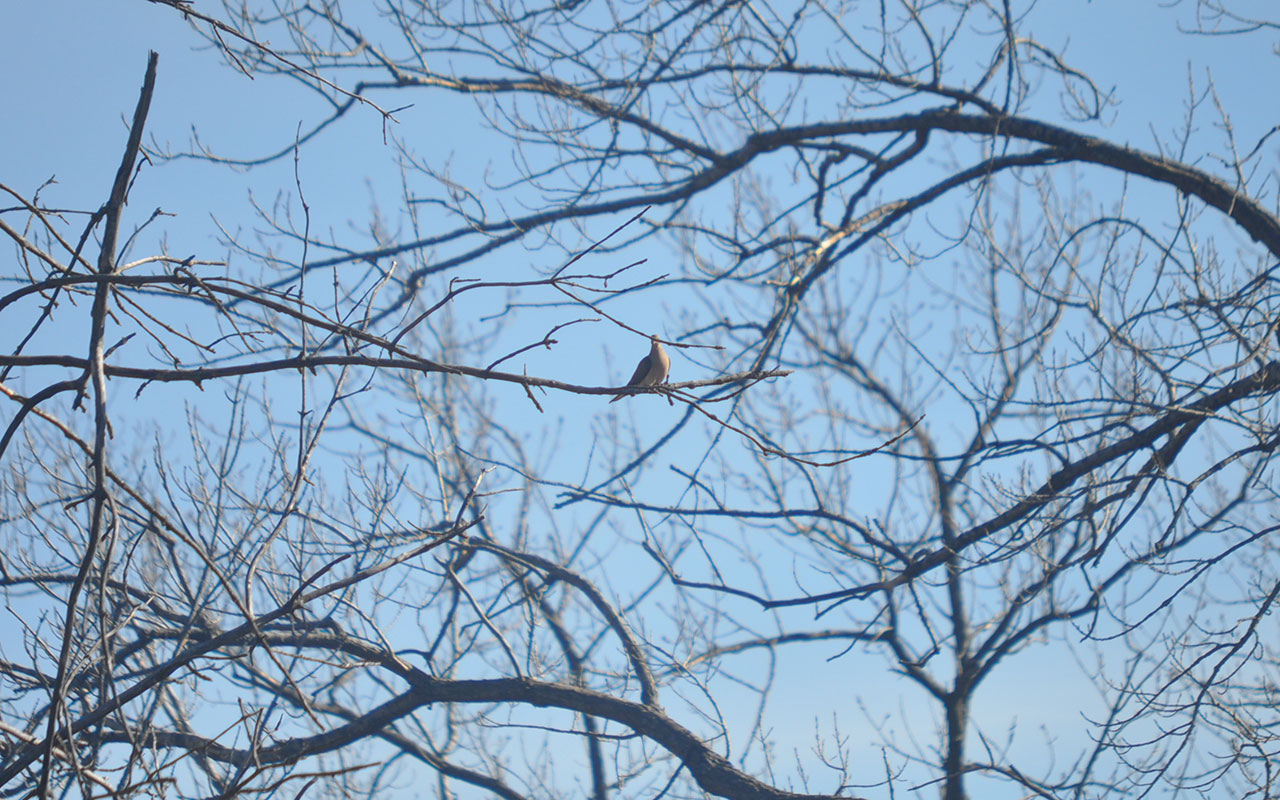 A bird finds a tree during a recent burn at Lockport Prairie Nature Preserve. (Photo by Glenn P. Knoblock)

Burns are conducted from mid-October to mid-April when most vegetation and many animals are dormant.

Whenever practical, sites are divided into multiple burn units so that there is always unburned habitat within the preserve. While an occasional mouse or snake may be harmed in a burn, it is far more common to see a mouse, rabbit, or deer dart through the flames to safety than to see one actually harmed.

Controlled burn participants routinely walk through the burn units afterward to look for injured animals and have learned to burn in a manner that results in very few injuries or mortalities.

Of course, any fire can be dangerous if not kept under control.

Through training and experience, the controlled burn crews are able to anticipate problems and take remedial actions that have allowed this program to effectively manage our natural lands while maintaining public and burn participant safety for over 25 years without a single significant incident.

An important element of this is smoke management. Common smoke management considerations include excessive smoke on roadways which creates visibility concerns for motorists, and individuals with health conditions which can be aggravated by smoke such as asthma or allergies. 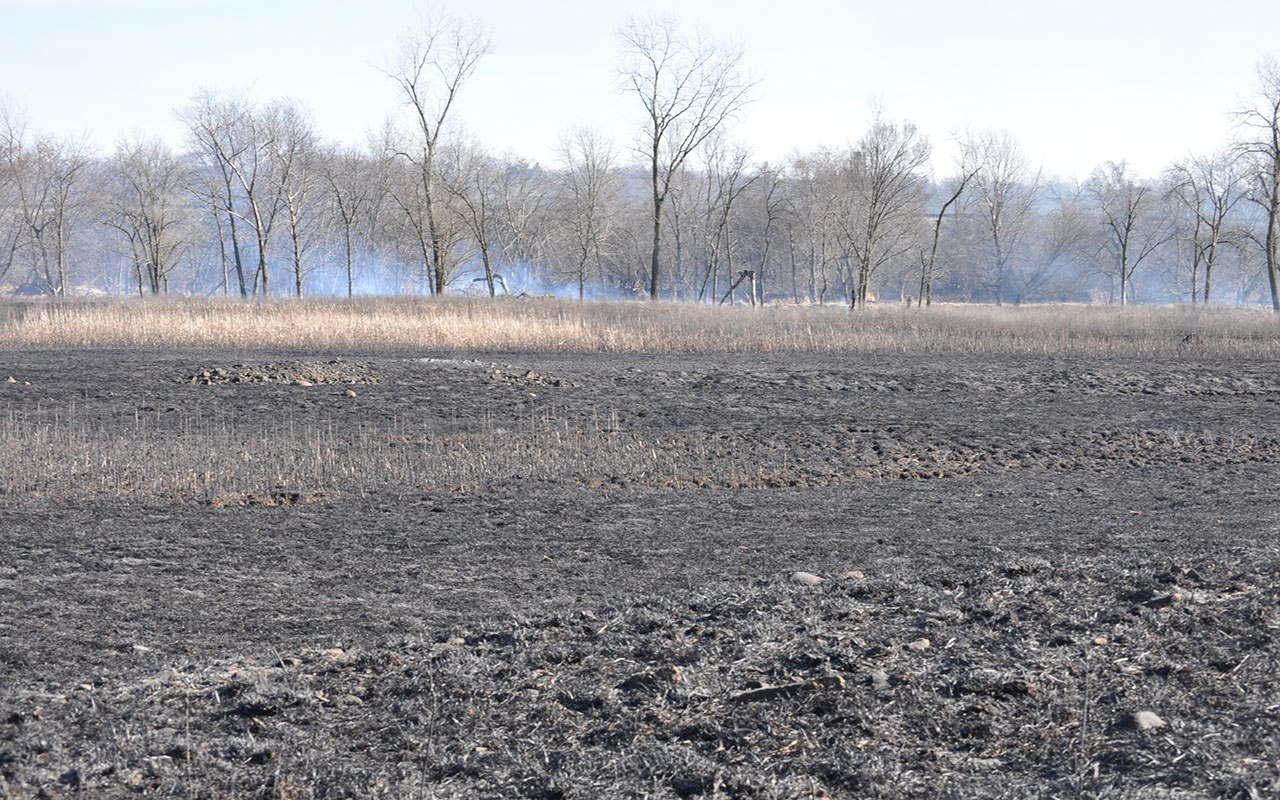 The scene after a recent burn at Lockport Prairie Nature Preserve. (Photo by Glenn P. Knoblock)