Red-winged blackbirds don’t exactly have the best reputation among the public given their extremely territorial behavior, particularly during breeding season. They’re loud, obnoxious and prone to attacking anything that gets too close.

But are they really “nature’s a—holes,” as once described by environmental science consultant Beth Kosson? She also compared them to “hard old-timey Jersey couples” where the female is egging on her man to “get ’em good” following a series of red-winged blackbird attacks on joggers in Chicago last summer.

After watching this video of an adult during an attempted murder of a red-winged blackbird fledgling at Whalon Lake earlier this month, you may agree with Kosson’s assessment.

They go to great lengths — and heights — to defend their territory. Take, for example, this incredible sequence of photos posted to the Illinois Birding Network Facebook Group featuring a red-tailed hawk and a red-winged blackbird.

While it may appear the red-winged blackbird is “hitching a ride,” it really was just doing whatever it could to chase the hawk out of its territory.

“Blackbirds really aren’t hitching rides,” said Chris Gutmann, a Forest Preserve supervisor at Four Rivers Environmental Education Center. “As soon as the red-tail feels the blackbird, it will buck the blackbird off.”

With attacks on humans, other species of birds and its own kind well documented, could these birds be considered the meanest ones you’ll encounter in the preserves?

“’Mean’ is probably a misleading term for them,” said Gutmann, who admitted he’s been “escorted” out of a red-wing blackbird’s territory numerous times. It’s not hard to find yourself in their territory, considering they are one of the most abundant birds in North America.

He compares them to a blue jay, also thought of as “mean.”

“But they’re actually highly intelligent and, accordingly, they can be opportunistic,” Gutmann said of blue jays. “Even then, their incidences of nest raiding are overblown.”

So while red-winged blackbirds may have more of a reputation for being jerks thanks to their large population and an increased chance of encountering one, they’re not the only ones doing whatever it takes to make sure everyone knows where they stand in the pecking order of nature.

And for good reason. 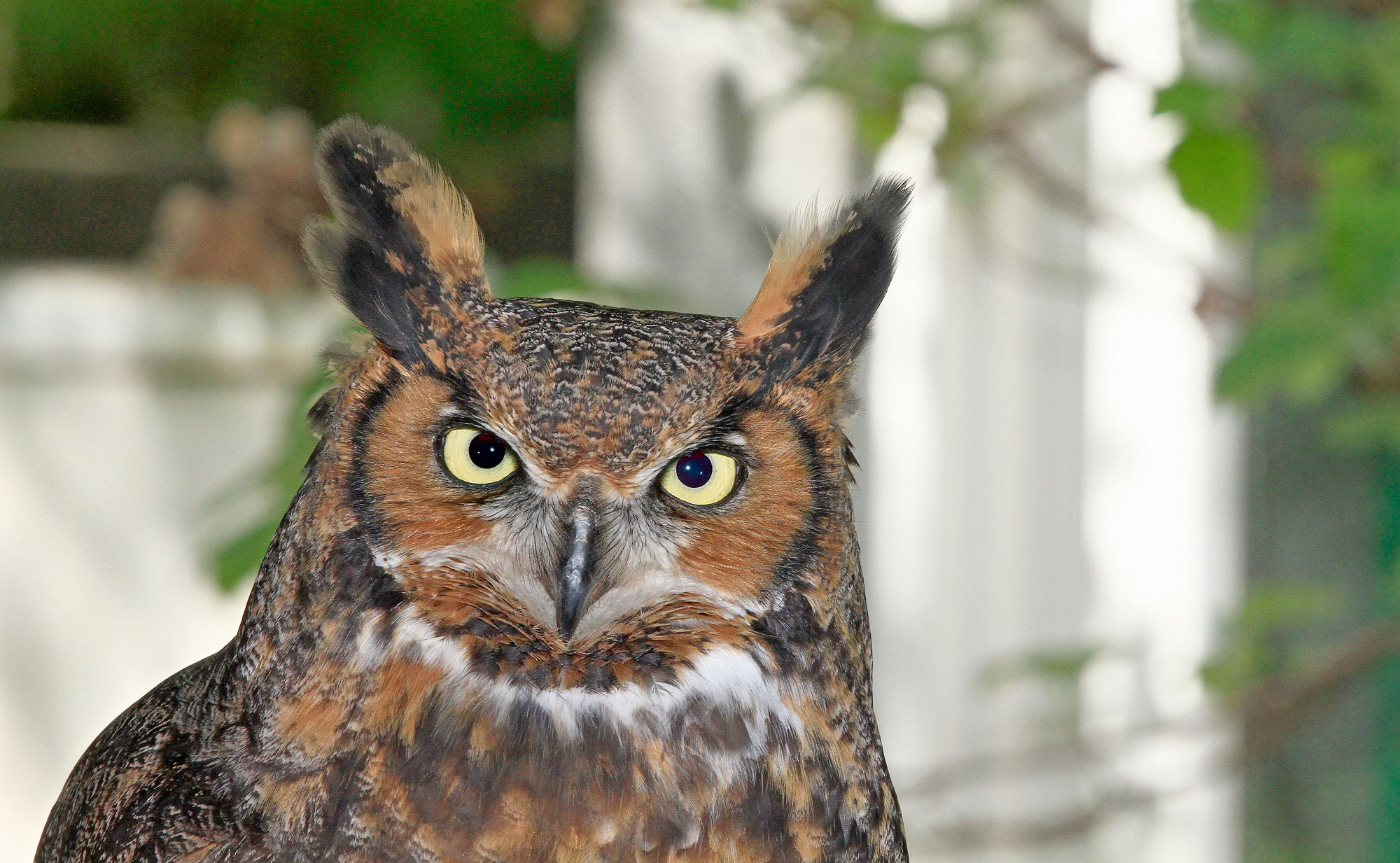 Great horned owls are known to not only dive bomb their prey, but also any creature they perceive as a threat. That can include cross-country skiers or morning joggers.

So consider yourself warned and, if you should see one, view these beauties from a distance, preferably with a spotting scope or binoculars. Otherwise, you could experience firsthand the strong grip of their talons. It’s so strong, in fact, those talons can sever the spine of large prey.

Less dangerous than the great horned owl but more menacing is the Canada goose. Anyone who has encountered them knows these can be a salty bunch of birds even if you’re doing your best to stay out of their way. 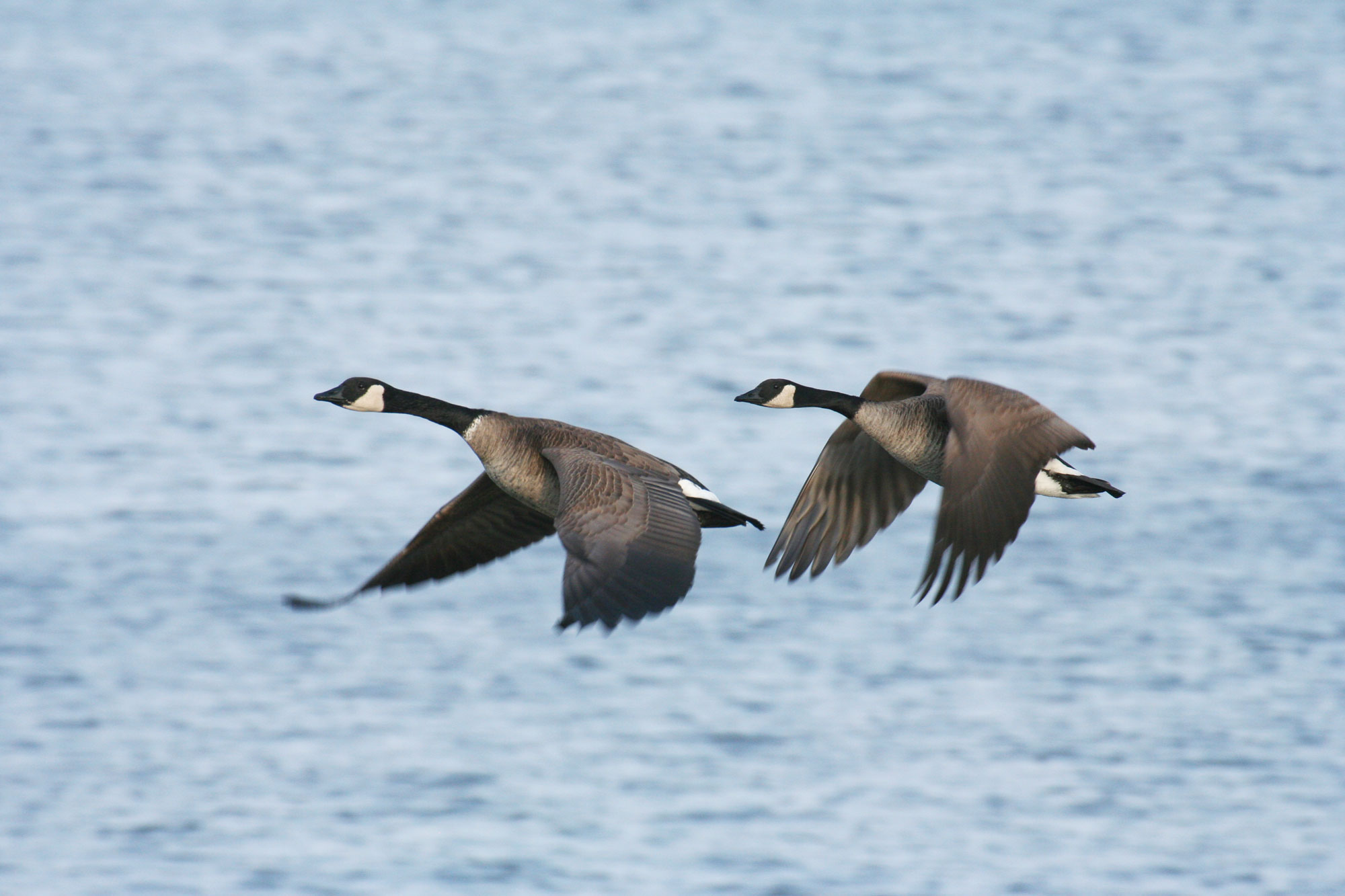 When defending their young, Gutmann said, these birds “have the potential to land a far more serious attack” than those red-winged blackbirds.

That was on full display in April when a high school golfer in Michigan was the victim of an attack caught on camera. Like most birds, these attacks — which can include biting or whacking their victim with their wings — have to do with defending their mate or a nest.

We also can’t forget about the Eastern kingbird (below), which Gutmann said has been documented chasing small aircraft that’s entered its territory. 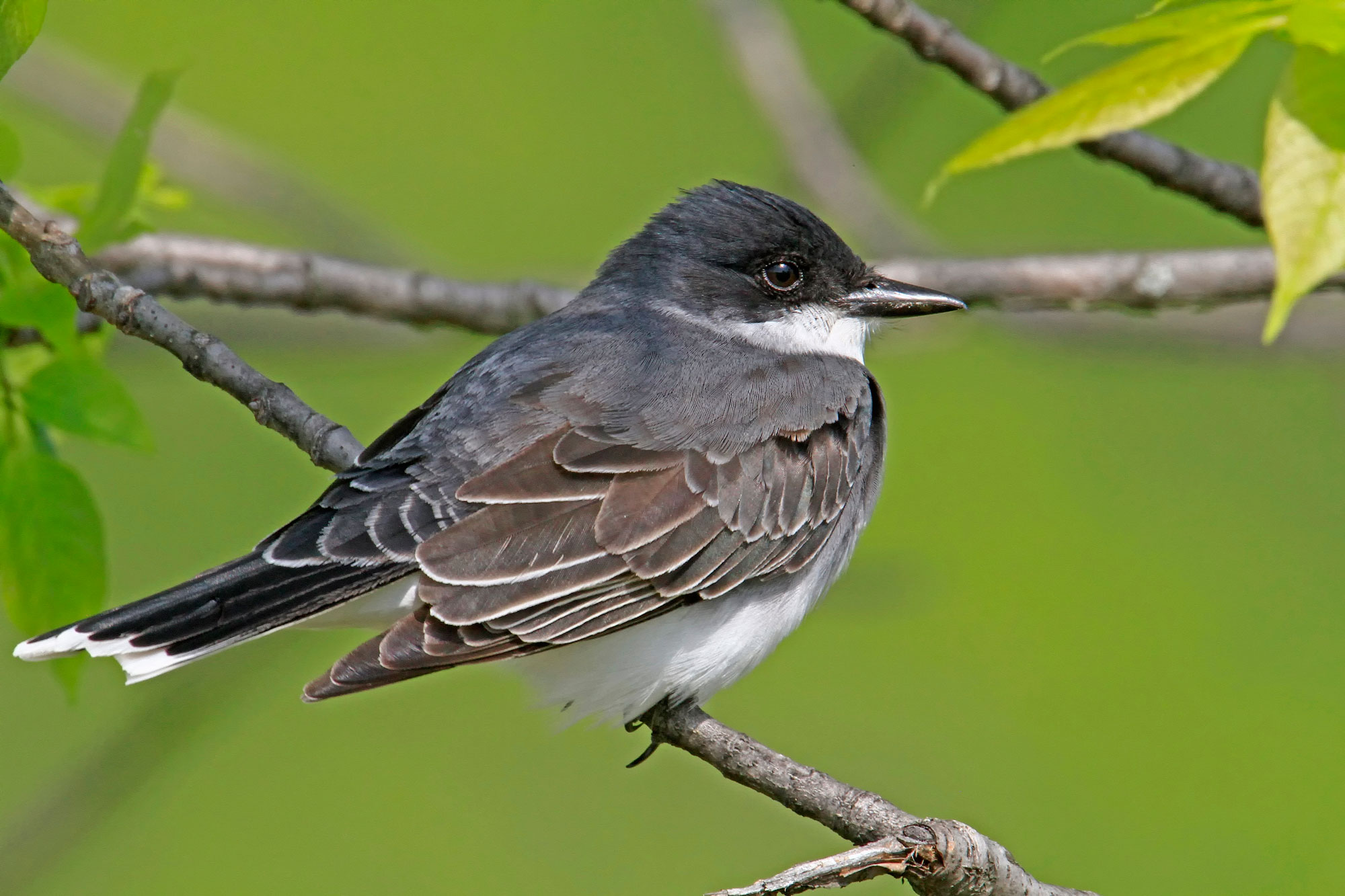 “(They) are known to take shots at pets that wander too close to nests,” he added.

Another common sight in the preserves is the mallard duck, which has the potential to take the “mean” streak to a whole new level. Like many other birds, they don’t take kindly to young that aren’t its own.

When it comes to interfering with wildlife, these definitely are some birds best left alone. Even when people have the best intentions, it can go terribly wrong. As in cover the kids’ eyes kind of wrong.

“Routinely, people find orphaned mallards and deliver them to the first family group they find, only to watch in horror as the mother mallard drowns the ‘rescued’ ducklings,” Gutmann said, urging anyone who is confident that the ducklings are indeed orphaned to contact a local wildlife rehabilitator.