Look around, and you'll see many signs of changing seasons

Fall is synonymous with changing leaves, crisp temperatures and shorter days. But other signs that autumn is creeping in abound in the preserves.

Lots and lots of spider webs 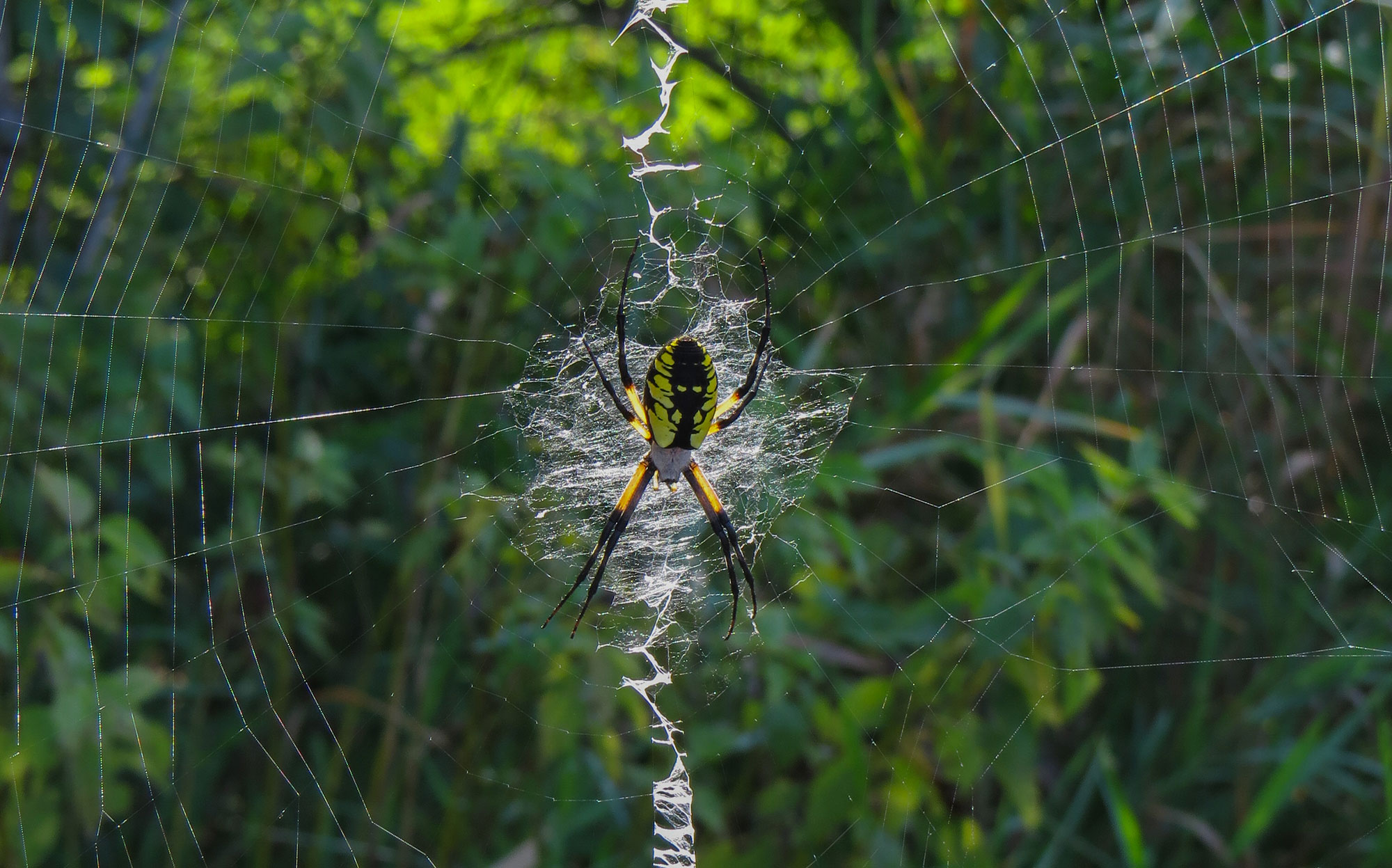 Ever wonder why spider webs are a common Halloween decoration? It’s not just because spiders are considered by some to be scary.

Spiders and their webs (the real-life versions) seem to appear in abundance this time of year. That’s because spiders hatch in the spring, and those that survive into autumn are finally large enough to spin webs.

These eight-legged critters are busy because the females need to lay their eggs before the adults die in the fall. Most baby spiders will then hatch from their egg sac when the weather gets warm in the spring, starting the process all over again. 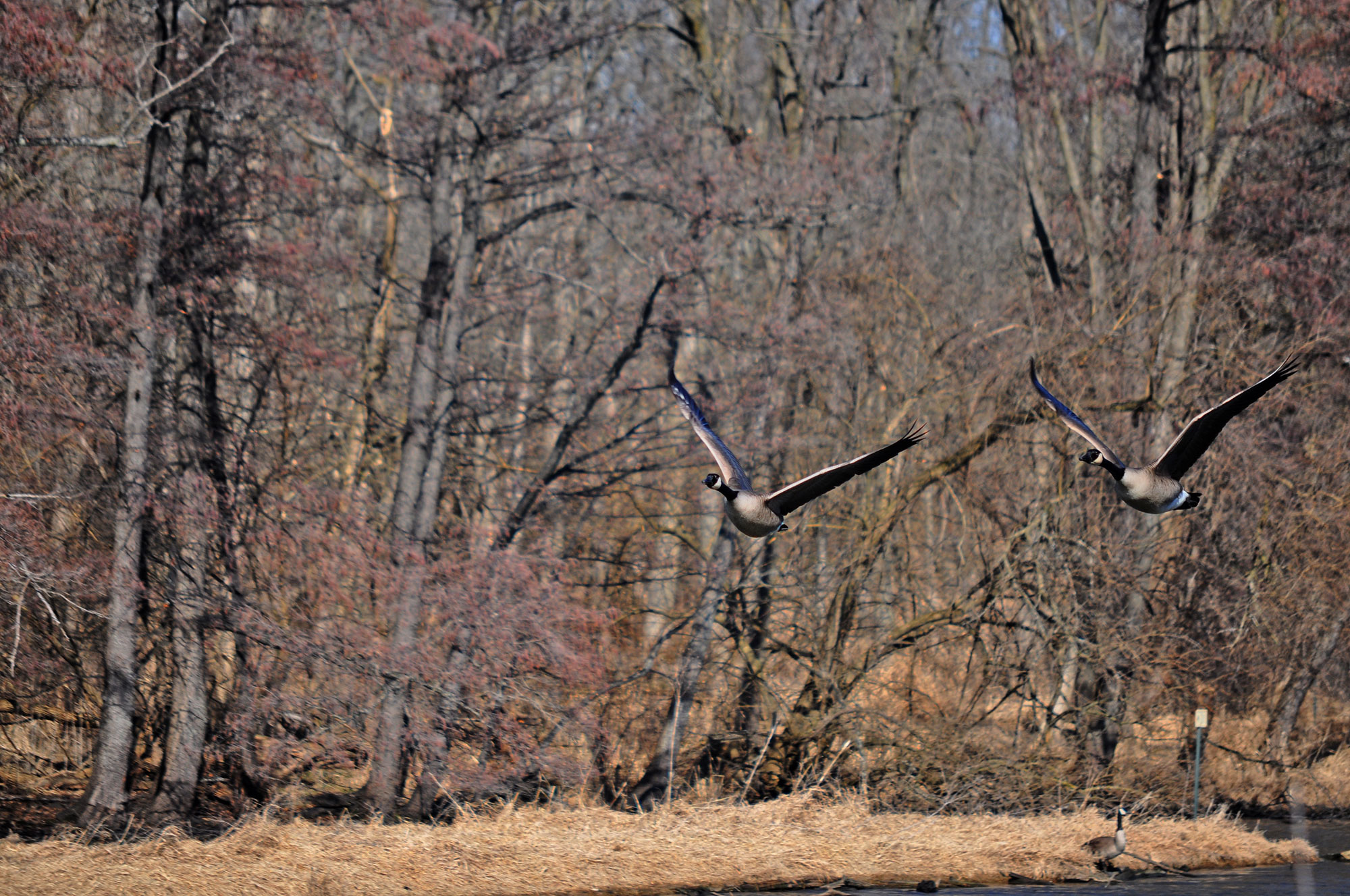 Hundreds of bird species are or soon will be making their way to warmer climates, while others will be returning to winter here.

Among those birds heading south, Canada geese are gathering up and beginning to make the trek. This time of year, more and more geese in “V” formations are visible in the sunset skies.

Hummingbird numbers are now waning at feeders across the area, indicating that the migration peak for this bird has already passed.

While hummingbirds appear in the summer, other birds, including many warbler species, are only seen in this area in spring and fall as they pass through, said Bob Bryerton, a program coordinator for the Forest Preserve.

“The warblers are one that is looked forward to by many birders,” he explained. 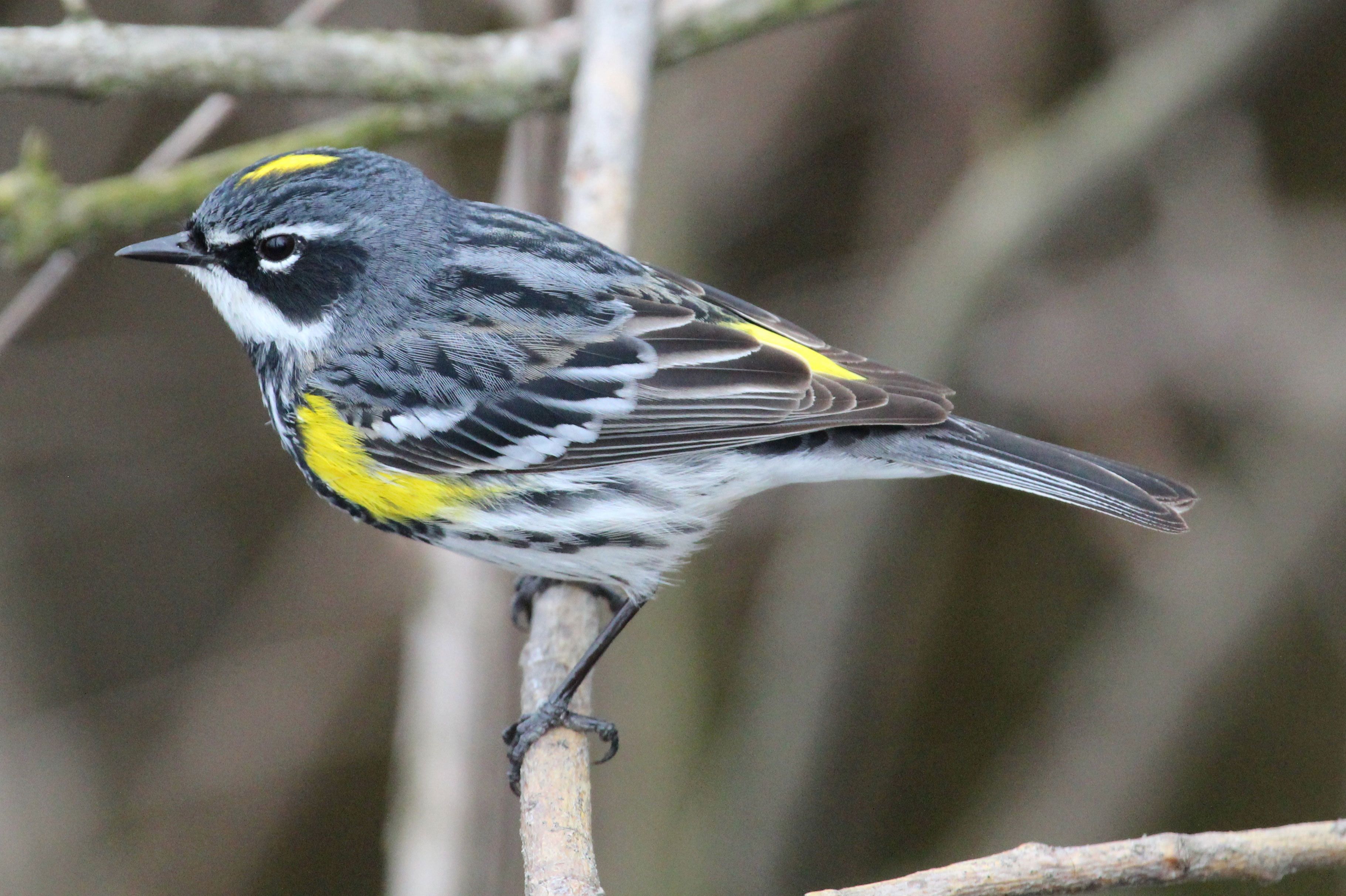 Bryerton said the migration of warblers will continue through the middle of October, although they are not as colorful as when they visit in the spring because they are no longer in their breeding plumage. “They may be challenging to identify without their colorful feathers, but it is a good way to mark the season by getting outdoors to see if you can spot them as they pass through,” he said.

Sandhill cranes will also be among the feathery flocks that will be making their way through this area. One of the most primitive birds alive today, it is also one of the most striking. 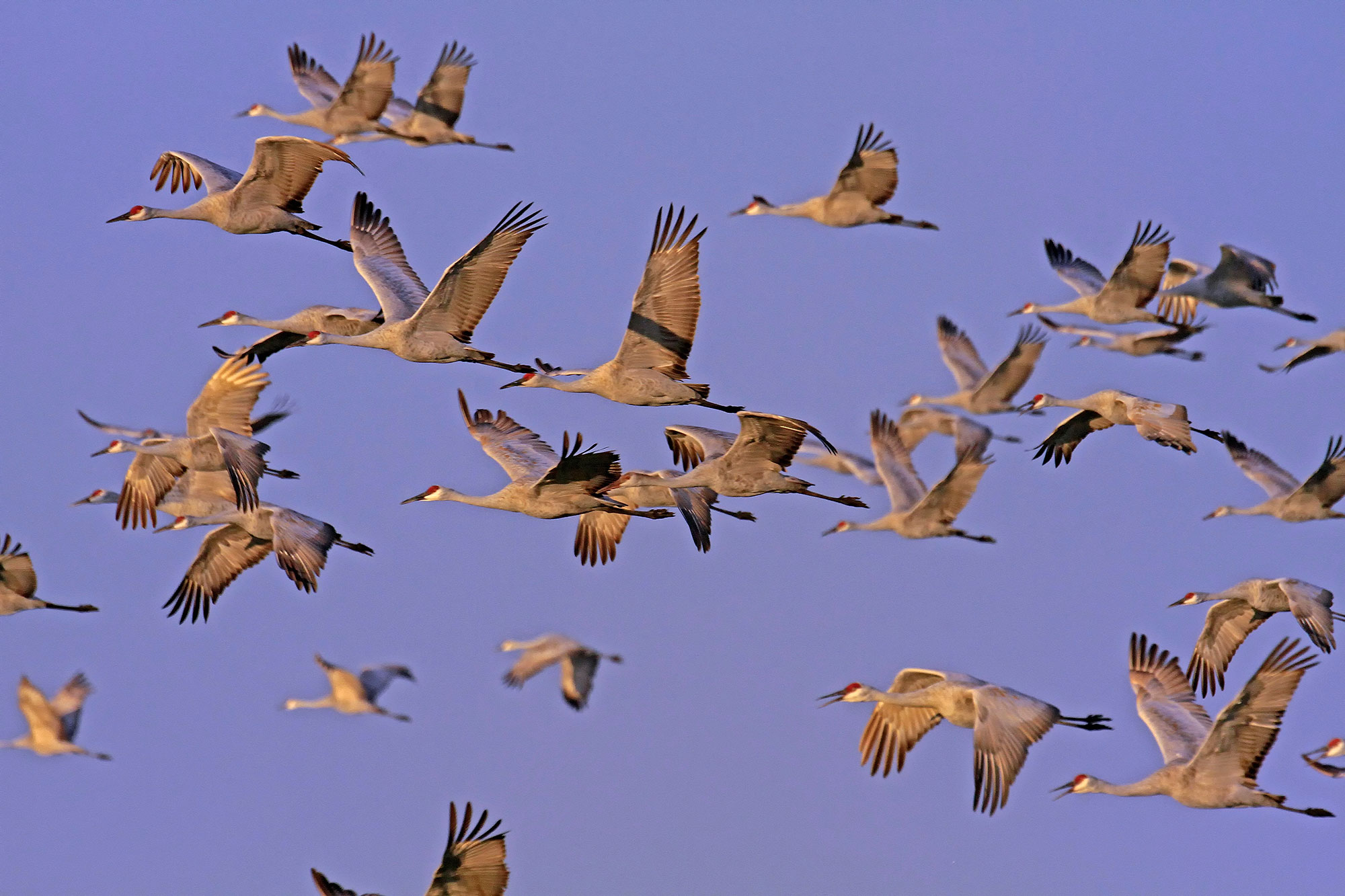 Birds returning to winter here include the dark-eyed juncos, which start to show up in September, and tree sparrows, which make their way to the area around October. Both of these birds have been gone from this area since April or May, having spent the summer up north.

Birds aren’t the only animals that migrate. Many reptiles and amphibians are moving from summer locations to more comfortable digs for the winter. “Right now, snakes and turtles will be a little more active,” Bryerton said.

Officials at Shawnee National Forest in southern Illinois actually close a portion of La Rue Road (also known as Snake Road) each year to protect migrating snakes and amphibians as they make their seasonal journey. Some of these species have been identified as threatened and endangered by both the state of Illinois and the U.S. Forest Service. 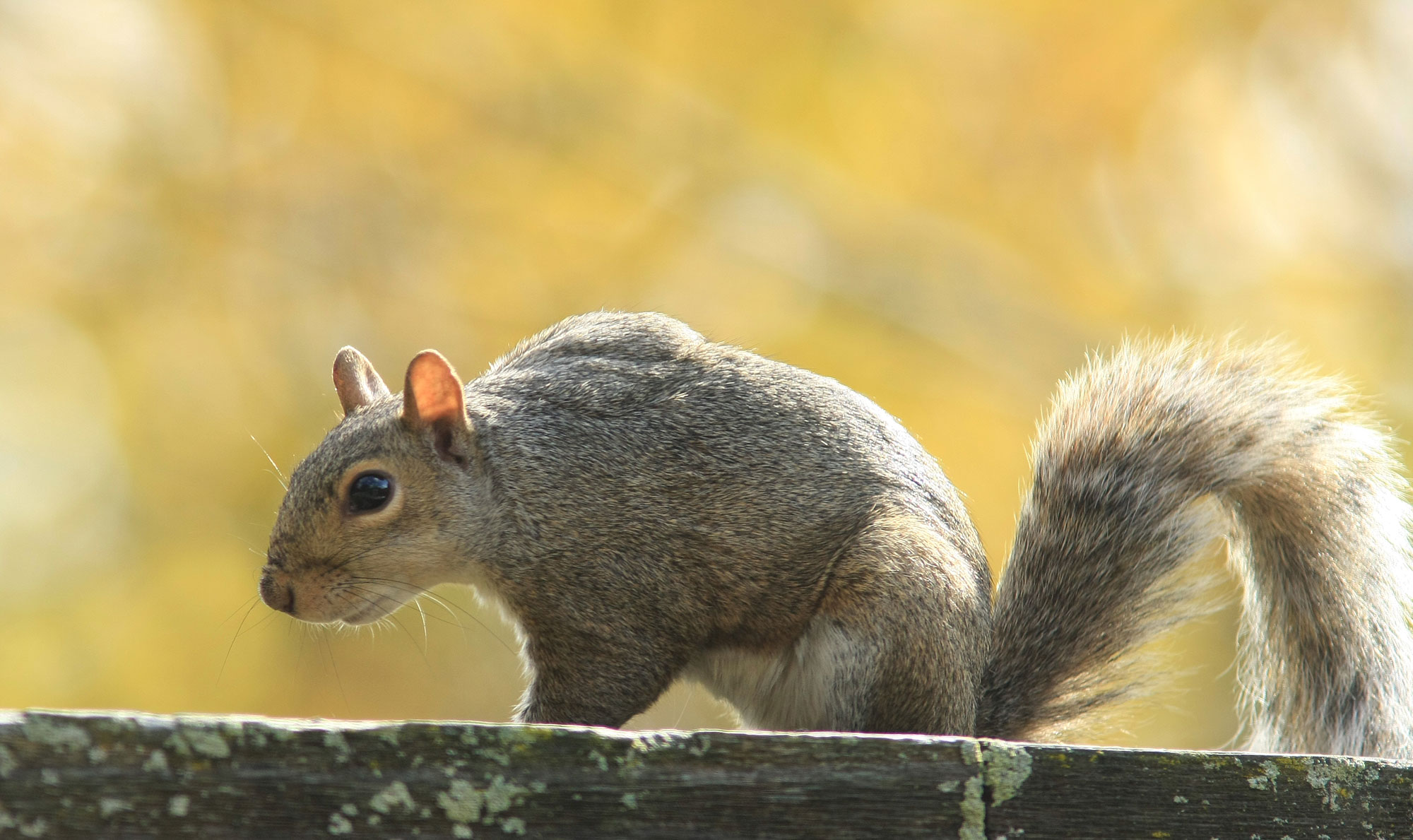 Squirrels are generally pretty active from spring through fall, but autumn brings about a heightened flurry of activity for these clever rodents. Signs of colder weather fuel a need to forage and cache food for winter. According to the late Richard Thorington, former curator of mammals at the Smithsonian National Museum of Natural History in Washington, D.C., a single gray squirrel can create several thousand buried caches of food each season, not all of which it can hope to recover.

This scatter hoarding of nuts is good for the trees, Thorington said in a 2014 interview with National Geographic.

“You have squirrels taking the acorns from directly underneath an oak tree and burying them somewhere else. That gives the trees more of a dispersal,” he explained.

In other instances, though, the squirrel’s overly active caching behavior doesn’t always play out in the tree’s favor. According to Thorington, North American red squirrels, for example, are seed hunters that live almost entirely on the cones of conifer (cone-bearing) trees. They either eat the seeds right away or store pine cones en masse, where the seeds remain moist and have little chance of germinating. This is great for the squirrels that need a good supply of food to make it through the winter. It’s not so great for the trees, which lose their chance to proliferate.

A 1995 study, however, showed that in areas where red squirrels are prominent, trees may be building up a resilience as a way of warding off squirrels’ plundering, creating cones with thicker seed coats and more resin, thereby making these cones a harder “nut” to crack for these foraging predators. 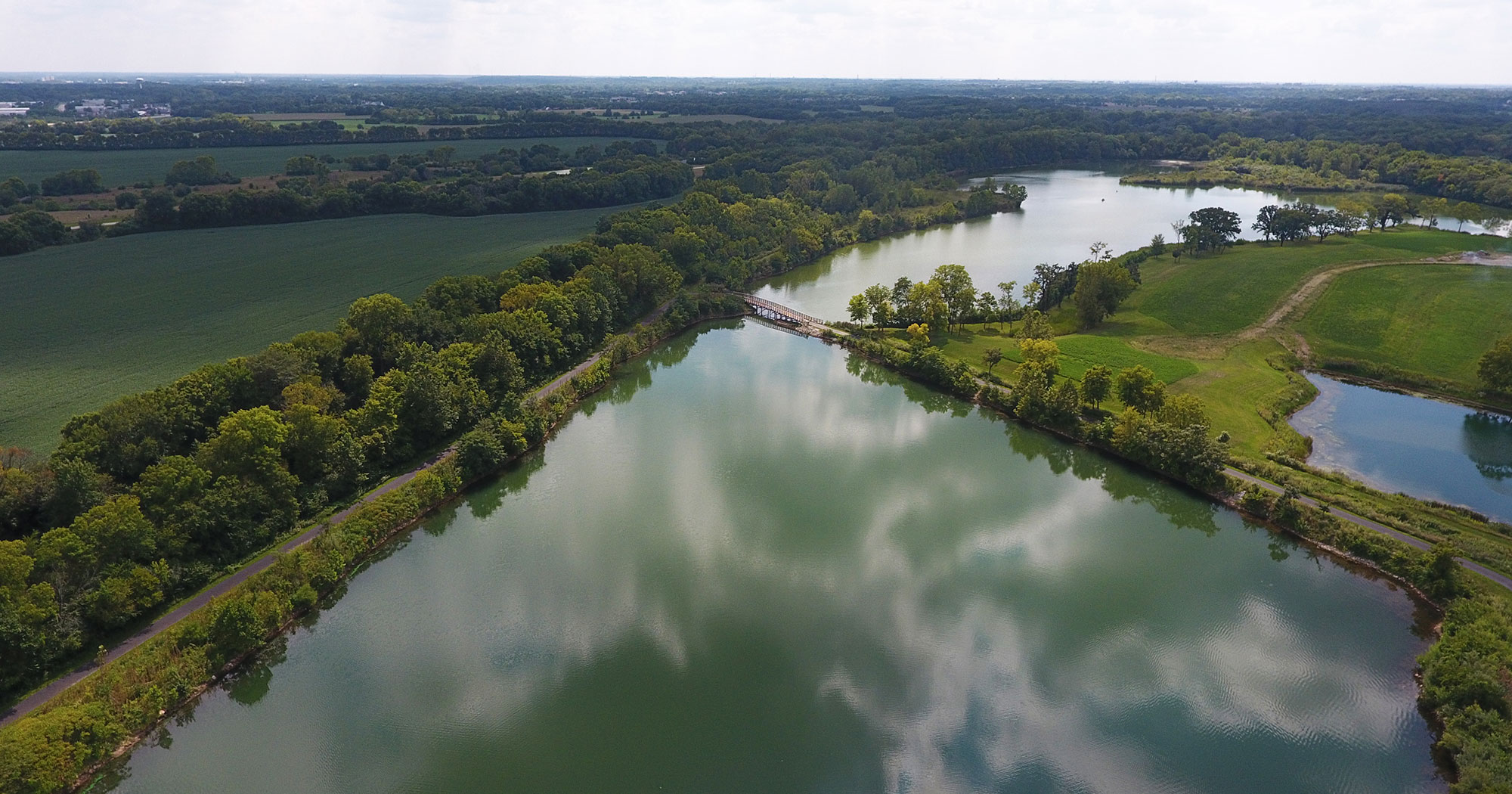 As the weather turns cooler, lakes begin to turn over – a process that occurs when water on a lake’s surface is cooled to a temperature that is colder than the deeper water layers. Because the cooler water is denser, it sinks and mixes with the bottom layer, causing water on the bottom layer to also rise in part to the top.

“Lake turnover isn’t something you can see with naked eye,” explained Dave Robson, Forest Preserve natural resource management supervisor. “You would have to take temperature readings to show that it is occurring.”

But it does happen in a number of Forest Preserve lakes, Robson said, including Monee Reservoir, Whalon Lake and Lake Chaminwood.

The mixing of these lake layers increases oxygen by exposing a greater proportion of water to the atmosphere.

According to Robson, the rate of the fall turnover is influenced by several factors, including the strength of the thermal stratification (the change in the temperature at different depths in the lake), lake size and depth, and wind conditions, but the turnover process usually lasts only a matter of days, sometimes even hours.

“Water is most dense at a temperature of about 39 degrees, so the process is over when the air temperature allows the water to cool to around that mark or a little above,” he said. “The fact that water below 39 degrees is less dense than water at 39 degrees is why ice floats.” 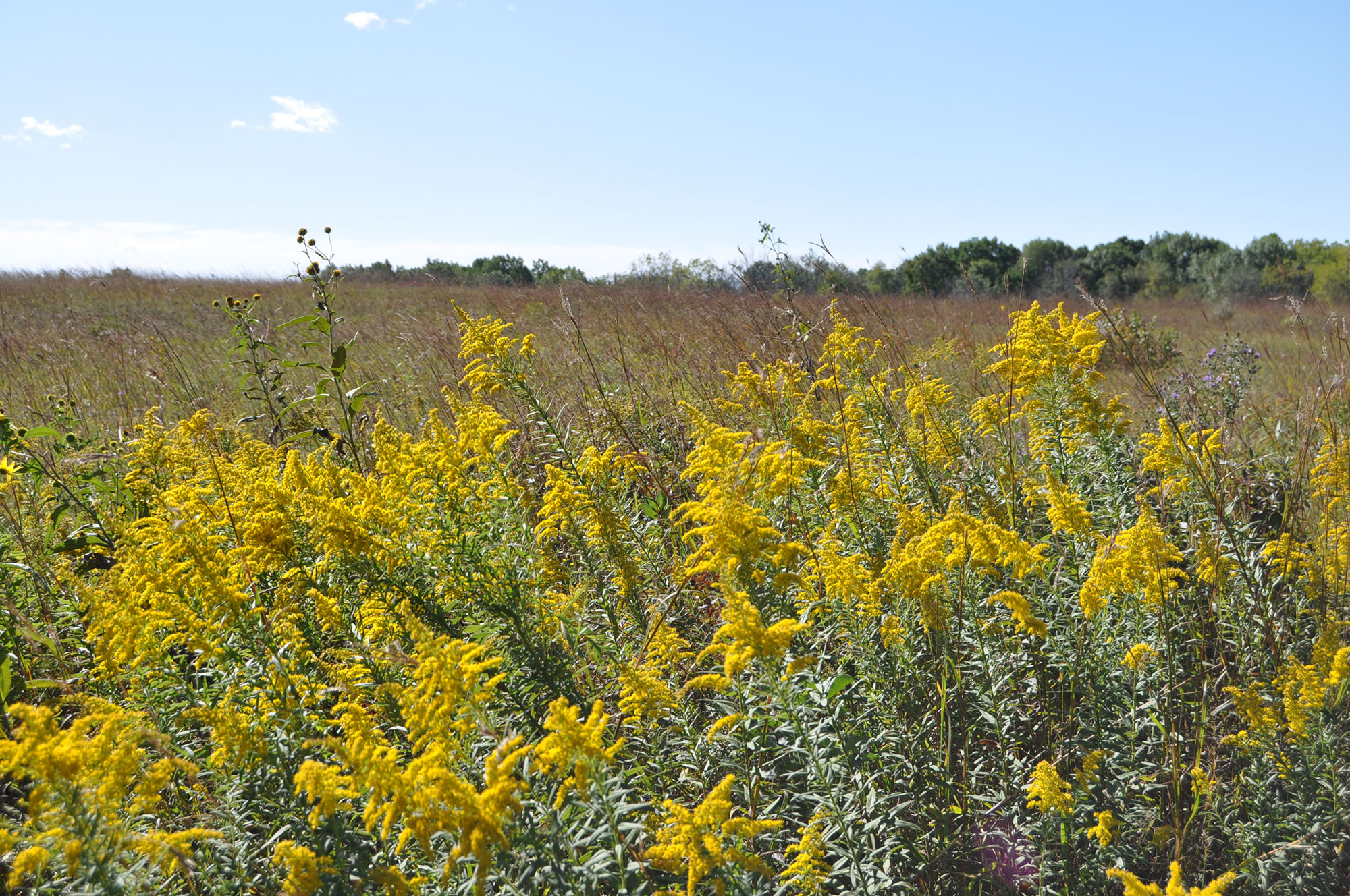 Not only can fall’s brilliant colors be seen in the trees above but also in the landscape at our feet. One really visible sign of autumn color is the appearance of goldenrod. Large fields of this plant begin blooming at the start of fall. According to the Chicago Botanic Garden,“while some plants tone down as they prepare to ‘go gentle into that good night,’ others turn up the heat and glow with the fire of early fall color. Our native goldenrod, Solidago, is one of the golden glories of the field, prairie, oak woodlands, and even seaside.” More than 22 species of this plant are found growing naturally in the Chicago region alone.

Other plants and vines, like Virginia creeper, are also beginning to turn color. Virginia creeper usually transitions to a dark red, and this change is occurring now in the preserves. This vine can be spotted climbing some of the trees and looks very conspicuous against the trees’ greenery. 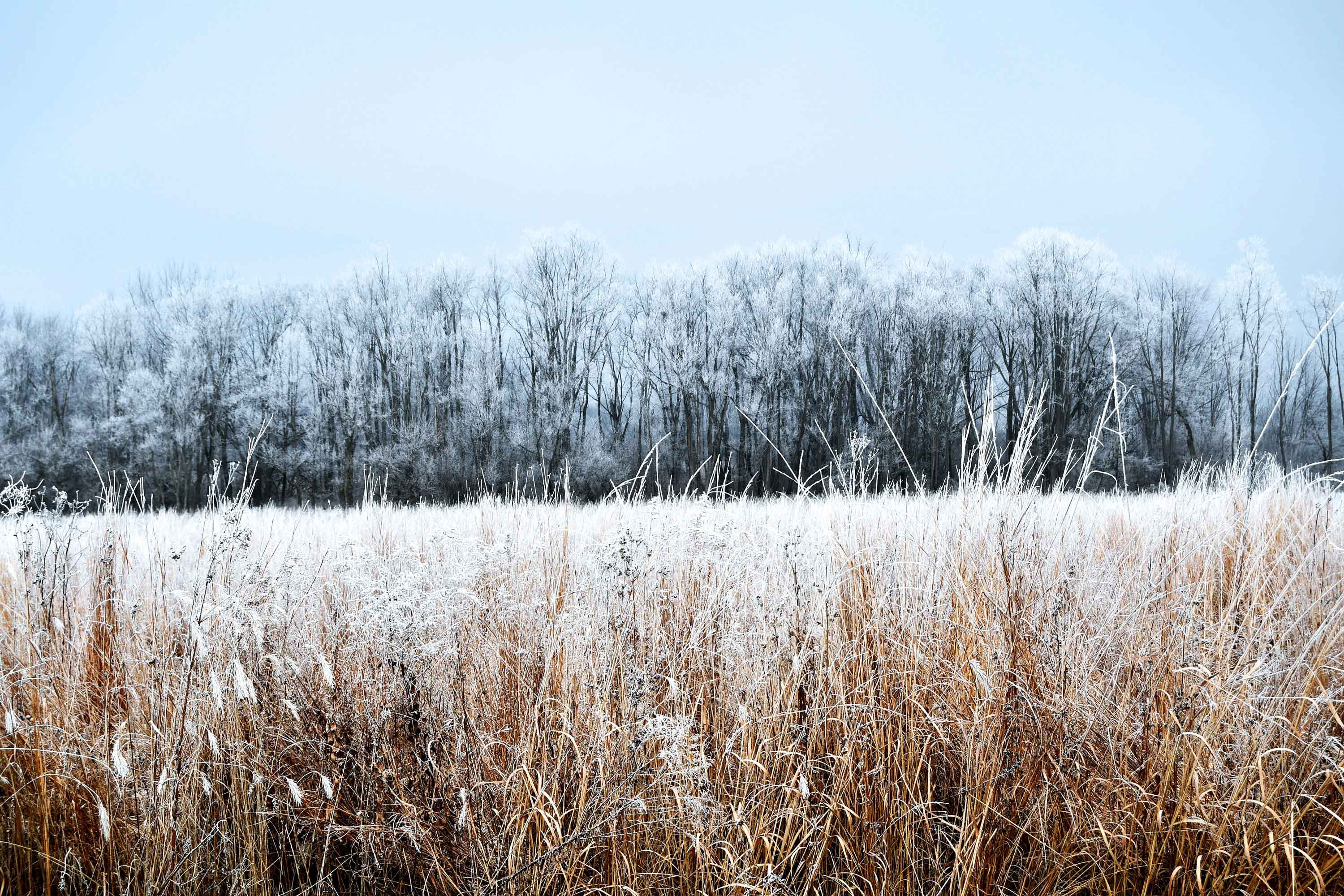 The first hard frost of fall, also known as a killing frost, signals the end of the growing season. While the actual date changes from year to year, the first hard frost for Will County generally occurs between mid-October and mid-November.

According to the Prairie Research Institute’s Illinois State Water Survey, although 32 degrees is used to identify frost, visible frost can be seen on the ground and objects when the reported temperatures are slightly above this.

“Open, grassy areas are usually the first to experience frost, while areas under trees are more protected,” the Survey reports.

Unlike trees and most perennial plants that return year after year, millions of insects succumb to these harsh temperatures. While insects, including grasshoppers and crickets, will die during the first hard frost, their eggs will survive to see a new generation hatch in the spring.