The lowdown on lichens

Lichens are little known and not well understood, but they deserve our appreciation

What looks like a plant and grows anywhere a plant can — and then some — but is definitely not a plant? A lichen.

Like fungi, lichens are neither plant nor animal. These common organisms exist virtually everywhere on Earth, but they are unique in how they form and live.

Lichens exist as a symbiotic relationship between two species: an alga and a fungus. The fungus provides the organism with minerals, shelter and water, while the alga or bacteria provides nutrients it creates through photosynthesis, according to National Geographic.

Diversity among lichens is impressive, both in their physical appearance and their habitats. Because we often think of lichens as being similar to plants, we think of them as green. Many are, but they can also be yellow, orange, red, black, brown, silver and gray, according to the Arizona State University Biodiversity Knowledge Integration Center. And they live almost everywhere, from the coldest corners of the Arctic to the hottest spots in our deserts. One place where lichens do not commonly grow is in aquatic habitats, but they aren’t totally absent. They actually have been found growing on barnacles in the water.

Compared to many things, lichens seem complicated and aren’t well understood, but they are present in our lives in some unexpected ways. Read on to learn more about lichens.

What is a lichen? 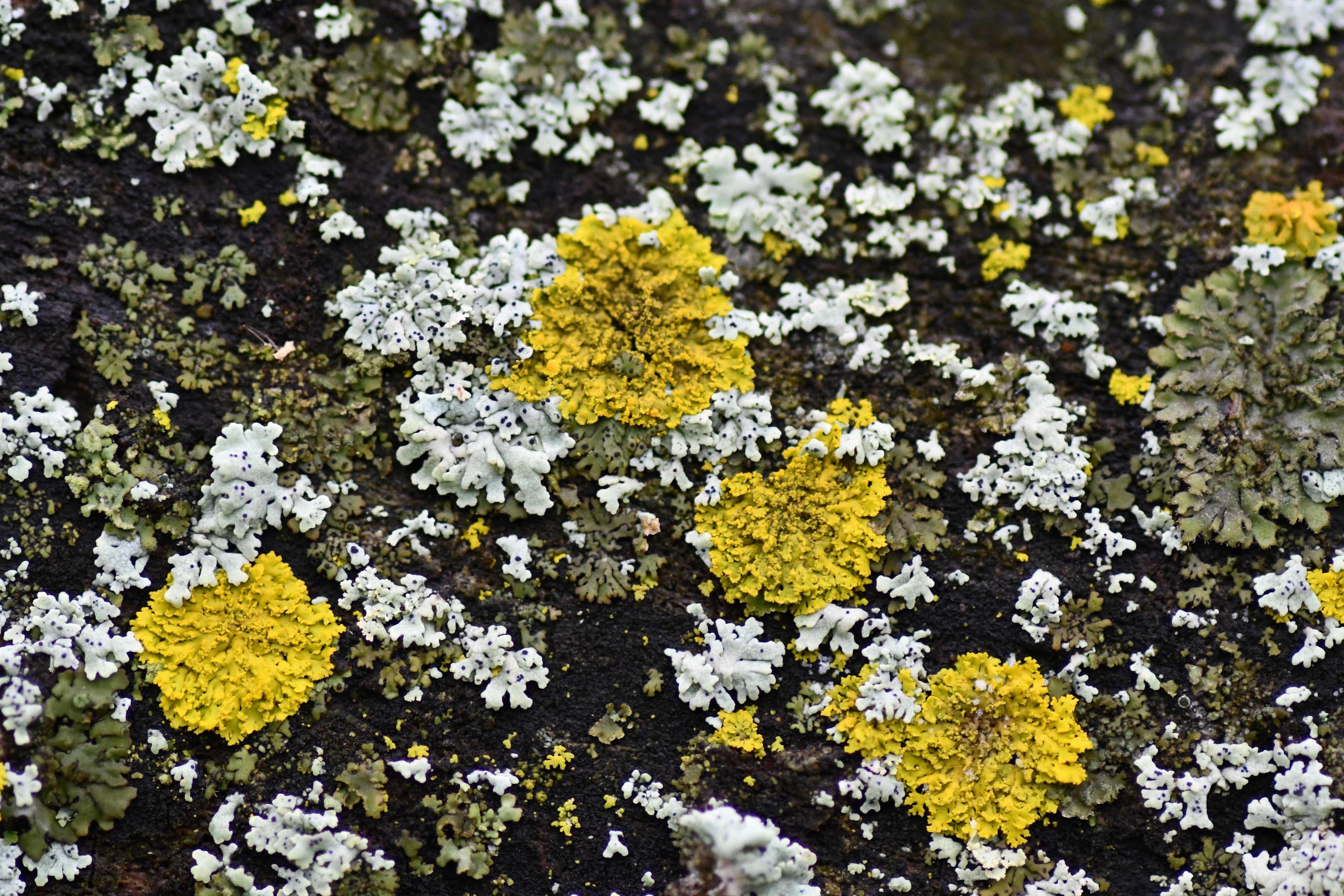 Lichens are often lumped together with mosses, but they are actually distinctly different. Lichens do sometimes look like mosses, and they also sometimes grow on the same surfaces as mosses, but that's where the similarities end. While mosses are non-vascular plants, lichens aren't plants at all, remember? They aren't biologically similar to mosses in any way and are not classified as part of the plant kingdom, according to the U.S. Forest Service.

Now that we are well versed in what they aren’t, let’s talk about what they are. Essentially, a lichen’s structure is composed of layers of its two parts: a fungus and an alga (or, less commonly, a cyanobacteria).

The outer layer of a lichen is called the cortex, and this is where most lichens get their color from. It’s the part of the organism with the thickest cells and provides it with some protection.

Underneath the cortex is the algal layer, then the medulla, which is where the fungal cells of the lichen reside. At the bottom is the structure that connects the organism to what it is growing on. They typically attach themselves in one of two ways. Some have filaments called rhizines that anchor the lichen to its substrate while others have a central peg, called a holdfast, that functions like an umbilical cord, according to the forest service.

There are three main kinds of lichens — crustose, foliose and fruticose — and they can be distinguished by their appearance. Crustose lichens basically form a crust on the surface they grow on, according to the New York Botanical Garden. Foliose lichens have a

leaflike appearance and have a top side and a bottom side that are distinguishable from one another. Fruticose lichens are hairlike or pendant-shaped and grow in strands.

Where can we find them? 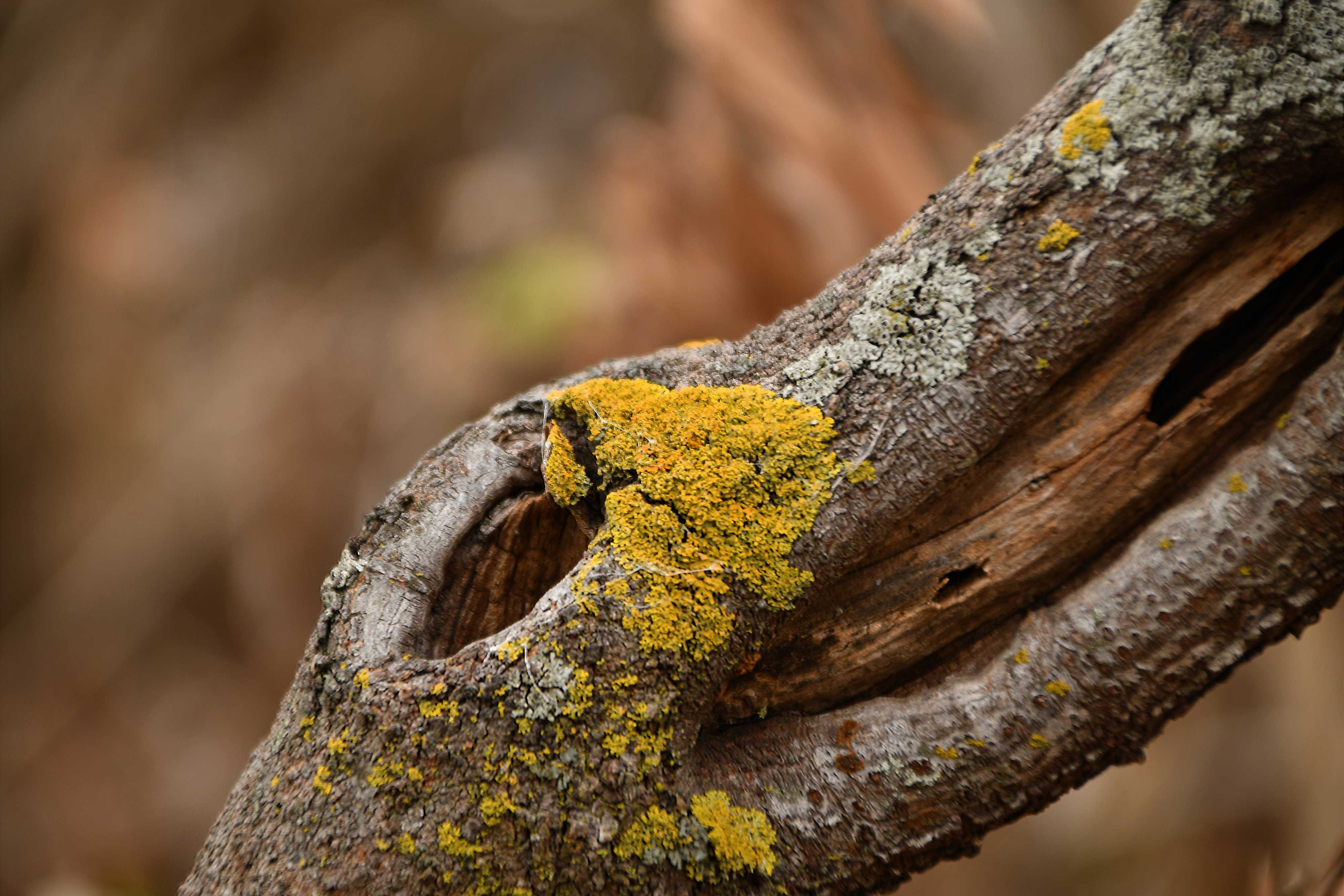 Lichens have habitat requirements just like other living things, but their requirements are a bit different. Lichens live on things, and what they grow on — called a substrate — must provide the necessary habitat requirements: air, light, nutrients and water. The substrate itself does not provide these necessities — they grow on plenty of non-living objects — but provides the lichens with a means to acquire them, according to the forest service.

These organisms aren’t picky when it comes to substrates. They will grow on pretty much anything that stays in one place long enough for it to attach itself and begin to grow, the forest service reports. The most common substrates include trees, rocks and soil. But they will grow on other objects as well, like benches and dead logs. Sometimes they even grow on our houses and other buildings.

Like all living things, lichens need water, but because they don’t have waxy cuticles like plants they cannot conserve water and hold it in reserve for a dry spell. However, because they absorb everything around them, they are able to use water vapor as a reliable source of water. This is why lichens are particularly common in foggy coastal areas, the forest service reports.

Because lichens cannot conserve water, they essentially turn on and off based on the presence of water in their environment. When they are wet and have water, they turn on and undergo photosynthesis and grow. When they are dry, they turn themselves off and go dormant. Dormant lichens will be brittle and dry to the touch and may be whitish in color. They aren’t dead, however. When water returns, they will turn on again.

The presence of lichens on a tree or another living thing should not be cause for concern. They aren't parasitic, so they do not harm these host organisms or interfere with them at all, according to the Michigan State University Extension.

Why we need lichens 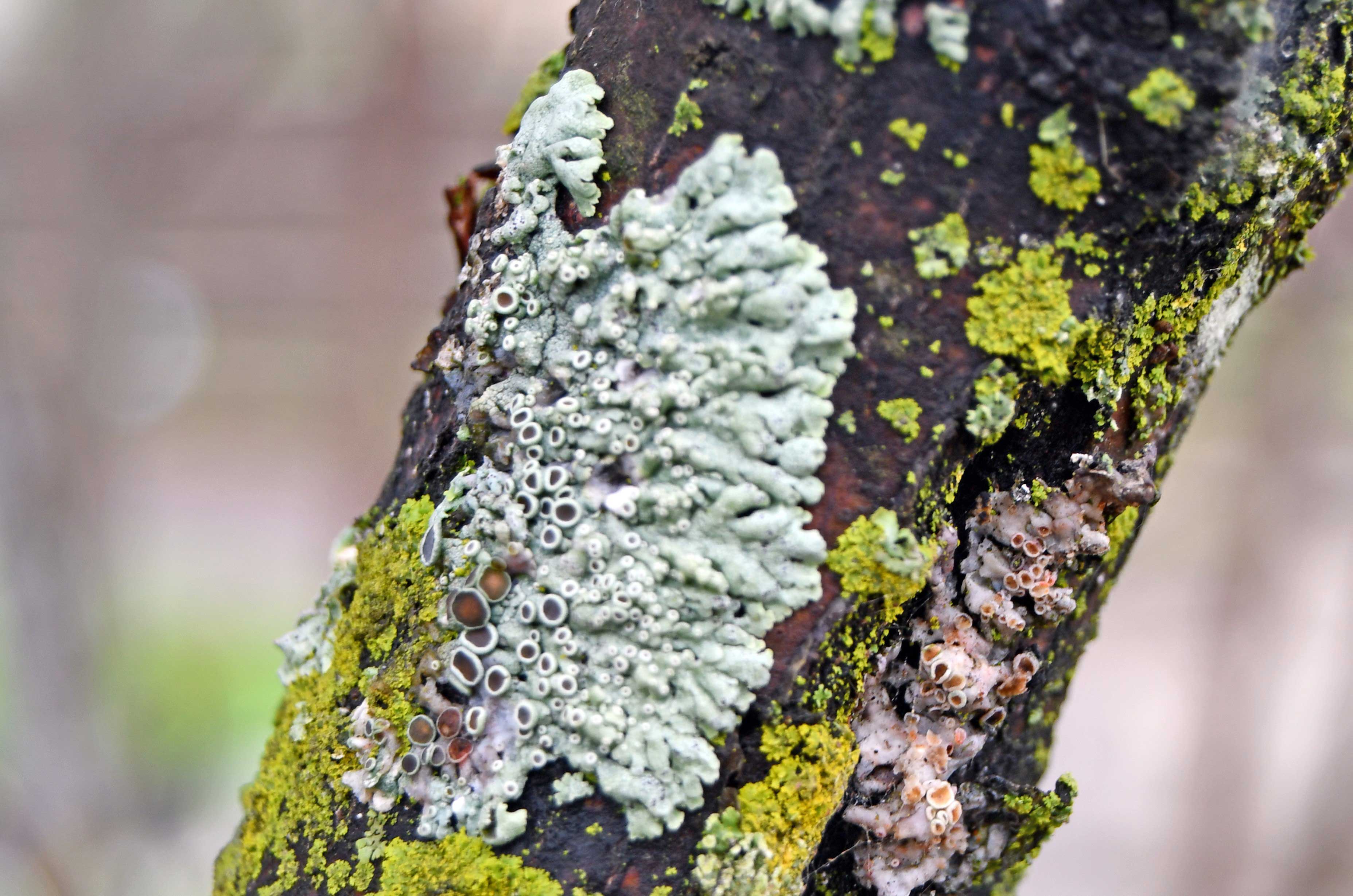 While lichens may be unsightly in some places, like our homes, their presence is a good thing. Lichens can’t live in areas that are heavily polluted, so having them nearby means the air supply is clean, the forest service reports. In fact, if you pay close attention, you’ll notice you won’t see many lichens in cities, along highways or near factories. That’s because there’s too much pollution for many lichens to grow, the forest service reports. The ones that do grow in these kinds of habitats have a higher tolerance for toxins and pollutants than most do.

Lichens play an important role in the ecosystem for a few reasons. First, they absorb what is in the atmosphere around them, helping to clean the air. In addition, they allow algae to thrive in environments and climates all over the world, even in places where algae alone would have difficulty surviving. This means their presence allows photosynthesis to occur, converting carbon dioxide into necessary oxygen.

Historically, lichens have been relied on as a food source for both humans and animals, according to the Arizona State University Biodiversity Knowledge Integration Center. That practice continues today, with lichens being a normal part of the diet in some countries. They are also eaten by animals including flying squirrels, crustaceans and caribou, which are known to eat reindeer moss — a lichen, not a moss. (It’s important to note, however, that like fungi, not all lichens are edible. While most are safe to eat, some are toxic.)

Lichens have been used to create fabric dyes and, in some cases, have even been directly incorporated into fabrics because some have very strong fibers. They’ve been important medicinally as well. One species has been found to inhibit the growth of HIV, and for centuries they have been used to treat wounds and as a laxative, the Arizona State center reports.

Despite their significance and importance in the ecosystem, many lichens are threatened by pollution and changes in land use, according to the Arizona State center. As land is cleared and developed, lichen habitat is destroyed, and the encroaching development can threaten the survival of nearby lichens. In some places, they also face competition from invasive and non-native species.