In the early 1800s, a vast stretch of prairie adorned the northwestern corner of Will County now known as Wheatland Township.

One of the first families to settle in this area was the Clow Family. Over the course of a century, they built up their farm from subsistence farming to a commercial operation.

This piece of Will County’s agricultural history has been protected by the Forest Preserve District, which purchased the property between 1994 and 2012. The 375-acre Riverview Farmstead Preserve is located on Book Road, south of Hassert Boulevard/111th Street, in Naperville. An aerial view of the historic structures at Riverview Farmstead Preserve in Naperville. (Photo by Chad Merda)

'As Far as the Eye Could Reach'

Thomas Clow, the son of a Scottish immigrant, toured the Wheatland Township area searching for land in 1844. His brother-in-law, Mungo Patterson Sr., documented the foray in his diary, portions of which were published in “Biographical Sketches of Prominent Citizens of Will Co. Illinois.”

Patterson said he saw only a smattering of cattle, but plenty of wild game, including cranes, prairie hens and other smaller birds.

“The Prairies are much smoother on the surface than I had any idea of,” he wrote. “… Some places we could see as far as the eye could reach, without timber.”

After searching the area, the Clows purchased 680 acres for $1.25 per acre, according to the Illinois Land Tract Sales website. The land was north and west of the current Riverview site. Thomas Clow would eventually add the Riverview parcel to his holdings. 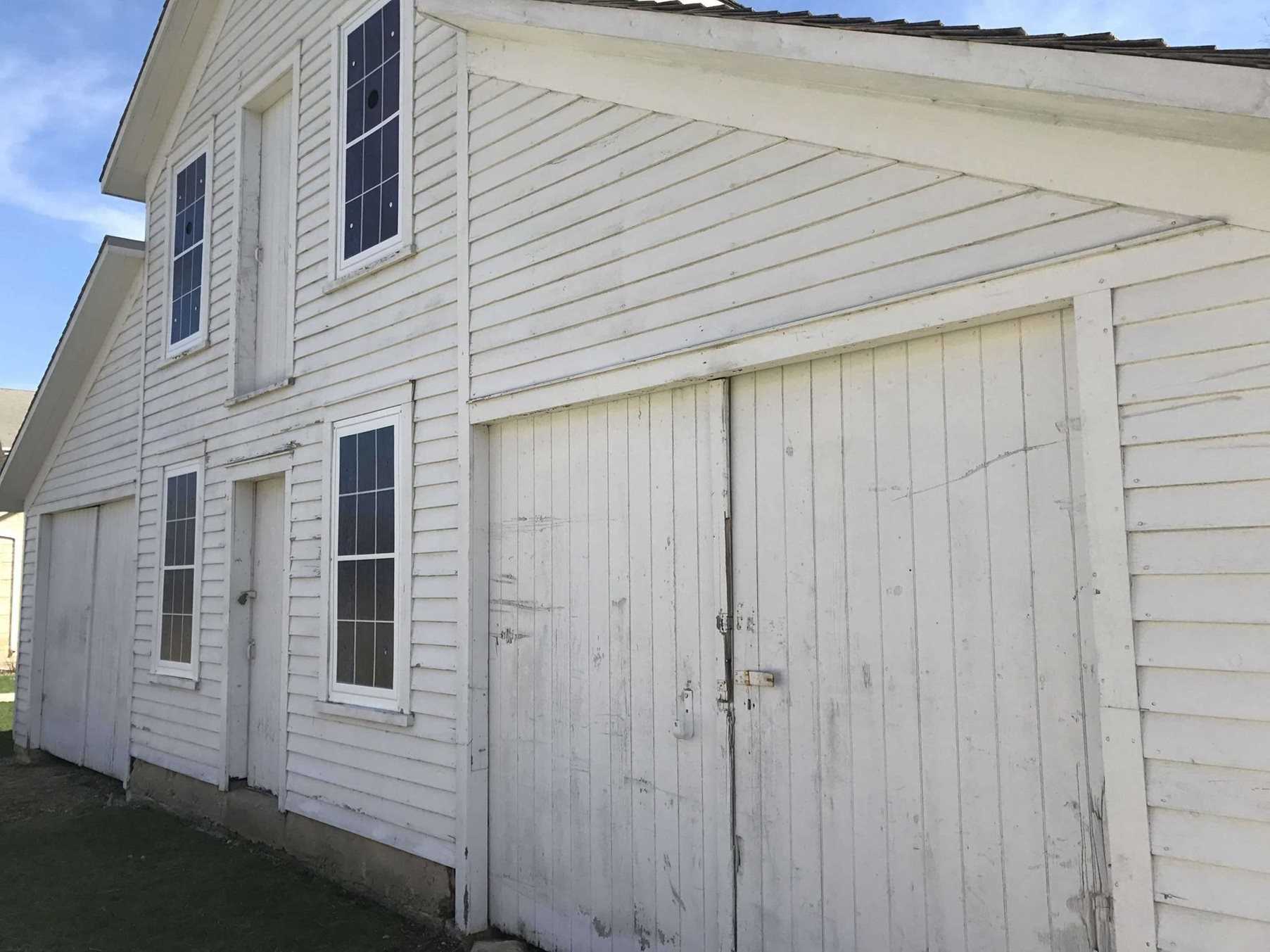 Constructed around 1850, the settlement home (above) was the first dwelling built on the land. Thomas Clow and his wife, Margaret, lived in the home while they built a larger limestone house nearby. The settlement house is a one-room, two-story clapboard sided structure. It was converted from residential to animal husbandry use after the limestone house was finished.

The second home was constructed using limestone from the region and its walls are 18 inches thick. A one-story section of the home was built in 1863. When a two-story addition was completed in 1868, the home had 12 rooms, a sign of the family’s growing agricultural wealth.

During its heyday, the home featured a winding walnut staircase, ceiling medallions for light fixtures and handmade cornices.

By 1860, Thomas Clow was growing wheat, corn, oats and potatoes, and he raised cows and horses on the land. Over the next two decades, he — like many farmers in the area — transitioned from wheat and started to focus on corn, increasing his yield from 600 bushels of corn to 3,400 bushels through the years. He also increased the size of his cow herd and added sheep.

In the 1890s, the Clows erected one of the largest barns in Wheatland Township. The structure is 117 feet long, 42 feet wide and 44 feet tall, and it features mortice and tenon joints and trunnels, or wooden pegs.

“Eventually the farm would include a barnyard between the settlement house and barn, two additional garages, three silos, a pig barn, a milk house, chicken coops, and a smokehouse,” according to an archeological survey of the site.

Thomas Clow and his wife, Margaret, died in the early 1890s. Their eldest son, James, managed the farm after his parents’ deaths. He continued the farm’s transition from subsistence level to commercial operation.

​James Clow died in 1942. He was buried near his parents and other family members at Wheatland Cemetery. Members of the Clow Family continued to own the farm until 1974. After the land was named a landmark in 1991 by the Naperville Historic Sites Commission, the Thomas Clow Wheatland Riverview Farmstead Foundation purchased the land. The foundation later sold the land to the Forest Preserve District.