One of nature’s largest avian specimens – with a wingspan that can stretch more than 9 feet – makes pit stops in Will County during spring and fall migration.

The birds are American white pelicans – a species that may surprise you because most people don’t think pelicans spend any time in Illinois. But they do, and they have been for a couple of decades.

American white pelicans can be seen during these migration stopovers at McKinley Woods in Channahon.

“I watch them arrive every year,” said Erin Ecker, a program coordinator for the Forest Preserve District. "Sometimes they arrive earlier or later than normal, especially if there are tropical storms or hurricanes in the South."

Watch The Buzz episode where we paddled with the pelicans during one segment: 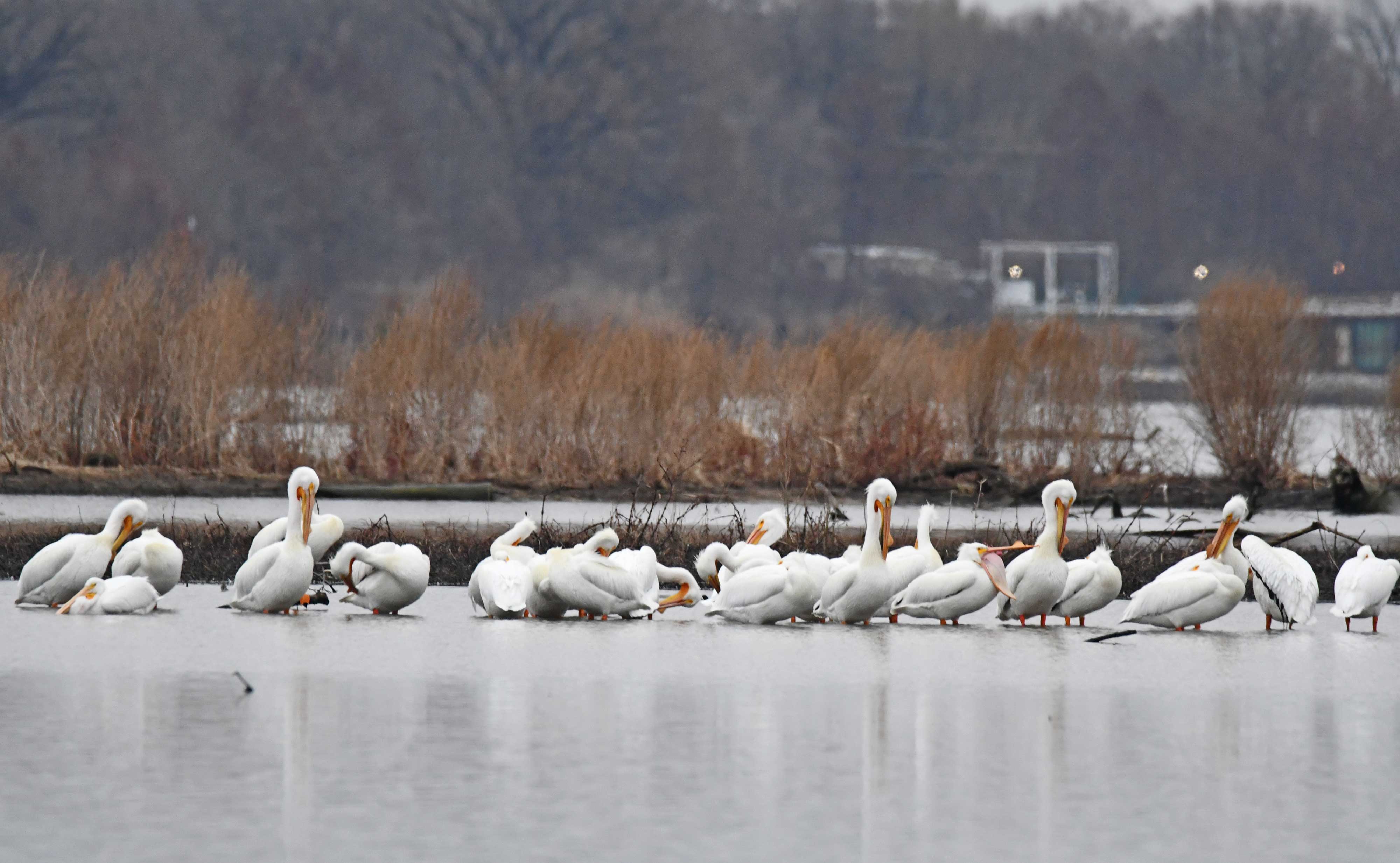 While they can be spotted at other Forest Preserve lakes, including Lake Renwick Heron Rookery Nature Preserve in Plainfield and Rock Run Rookery Preserve in Joliet, pelicans arrive in fairly large numbers at McKinley Woods.

“They tend to hang out in the confluence of the DuPage and Des Plaines,” Ecker added. “So when you pull into the preserve, they are on the left-hand side as you drive into Kerry Sheridan Grove.”

Ecker said the easiest way to see the pelicans is to stroll through the preserve.

“When they are here, it doesn’t matter what time of day. You will see some flying and some swimming.”

These pelicans are different from their southern cousins, the brown pelicans that hang around Florida’s docks, said Chris Gutmann, a Forest Preserve facility supervisor who oversees McKinley Woods.

In addition to being a different color, brown pelicans are smaller and they have different feeding habits. They plunge-dive to catch fish, Gutmann explained. American white pelicans don’t dive. They use their numbers to corral fish and then they scoop them up into their beaks.

"Their pouches hold up to three gallons of water,” Gutmann said. “They’ll throw their heads back to swallow fish or drop their heads down to let the water drain out.

American pelicans are white with black-tipped wings that are visible during flight. They can weigh up to 30 pounds, making them one of the largest birds on the continent. Their body length of 50-70 inches (including an 11-to-15-inch beak) rivals that of the massive trumpeter swans, and the pelican’s average wingspan of 8-10 feet is second only to the California condor, according to the U.S. Fish and Wildlife Service (USFWS) website for McNary National Wildlife Refuge in Washington.

The USFWS calls white pelicans “clowns of the bird world” because of their “goofy” appearance on land that features clumsy webbed feet and rumpled-looking feathers. Once they take flight, however, the birds “become graceful and even elegant,” the agency continued.

The birds also are incredibly buoyant on the water because of air sacs under their breast skin.

“The ones that come through here are going from the Gulf of Mexico to the Dakotas or up to Canada,” Gutmann explained about the spring migration, which sees the birds moving north through Will County in late March and April.

Rita Renwick, president of the Will County Audubon Society, said residents of some areas of the county have a better chance of seeing pelicans than others.

“People who live in Channahon might be more familiar with them, since they have been seen on the Illinois & Michigan Canal in Channahon, but most people don’t realize they are here,” she said.

“Within the last 15 to 20 years, white pelicans have been seen with ever greater frequency in our area, especially in the wide-waters area near McKinley Woods – Kerry Sheridan Grove,” Renwick said.

Here are some additional facts about the American white pelican: