An oldie but a goodie

The first parcel of land acquired by the Forest Preserve District was 144 acres of what today is Messenger Woods, bought for a price of $125 per acre. Since that initial purchase, the preserve has expanded to 441 acres in all. In the 1990s, the majority of the preserve — 406 acres — was declared an Illinois Nature Preserve.

Nature preserves are high-quality natural areas, and many protect rare and endangered plant and animal species as well as uncommon habitat types. These specially designated areas include some of the last remnants of Illinois' natural heritage and are almost all that is left of what Illinois looked like in the early 1800s, according to the Illinois Nature Preserves Commission. Preserving these lands is important because less than one-tenth of 1% of the state's landscape remains as it did when first seen by the area's early settlers.

“It’s our oldest preserve and has never been farmed, grazed or developed, so there are massive trees,” said Suzy Lyttle, a program coordinator for the Forest Preserve District. “I just look up at them and think of the things they must have witnessed over time. They are really beautiful to check on during all the seasons. Full of warblers in the spring, leafy and shady in the summer, beautiful painted colors in the fall and so mighty in the winter with huge outreaching branches.”

One of the big draws at Messenger Woods is the birds, including favorites like pileated woodpeckers and owls.

“I usually always hear and am sometimes lucky enough to see a pileated woodpecker. This is the largest of the woodpeckers and can sound like an ancient dinosaur calling from the treetops,” Lyttle said. “Last year, we found a pileated nest! It was just a small hole in a tree, but it was soon full of activity with hungry babies sticking their heads out for their next fast-food drop off.”

In the spring, Messenger Woods can be a hotspot for warblers and other migratory birds. “Standing on the bridge that crosses Spring Creek, I am amazed how many warblers I can hear and see in one location,” Lyttle said.

One of Lyttle’s favorite moments at Messenger Woods came as she was preparing for a program one October evening. “I couldn’t believe my ears,” she explained. “There was a barred owl just going nuts, literally hooting and hollering. It went on and on moving to different areas but still loud as it could be — until the public arrived of course.”

Later, the program participants did get a glimpse of a great horned owl sitting in a tree long enough for all to see before it silently flew away.

“Owls will always give us goosebumps and are even more exciting when we finally get to show them off to the public,” Lyttle said. 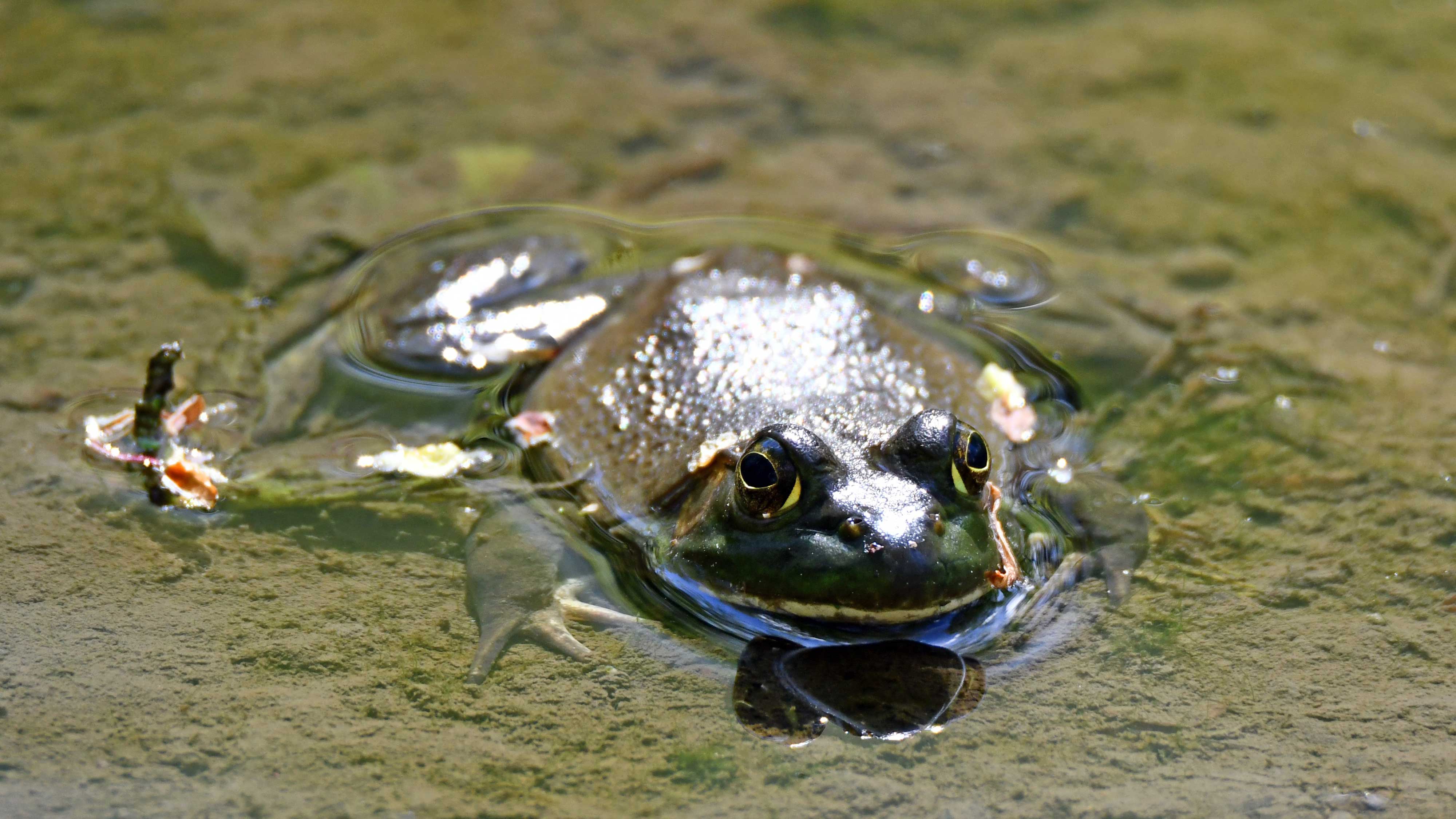 Messenger Woods is not only known for its old forest habitat, but it’s also home to wetlands, as anyone who has visited during a rainy spring season can attest.

“Spring Creek meanders through and can create a soothing soundtrack while hiking,” Lyttle said. “The trails are nestled into the forests, and during the spring you may walk by flooded wetlands.”

Depending on the season and the recent weather, the trails can be a little “juicy,” so make sure you wear proper footwear while exploring, she advised.

“That being said, don’t let that discourage you,” Lyttle said. “Hiking the same trail during all the seasons and weather can really get you connected to a place. It lets you see the small differences and appreciate the details when nature constantly changes. Really learning a trail and a preserve is how you get to see the most things. You start learning what blooms when or where the birds fly or catch the sneaky deer as they try to silently move by.” 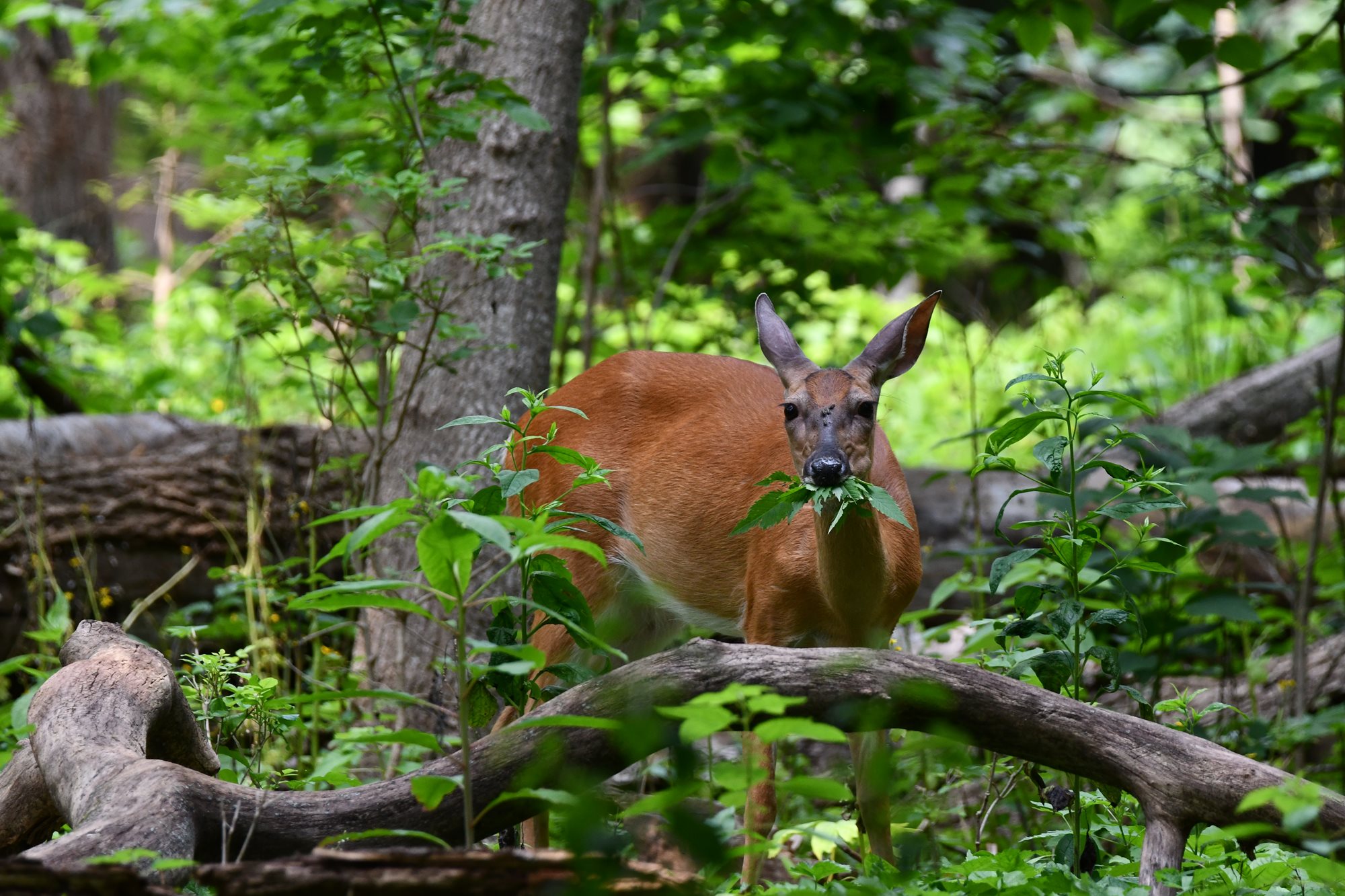 She said she likes to spend time at the preserve in April and May checking out the changing forest floor. Early in spring, visitors can see Dutchman’s breeches and squirrel corn. “They are such unusual-looking flowers, and I get giddy when I find both species,” she said.

Later, great white trillium will bloom, and these are a favorite of deer. The star attraction, however, is the Virginia bluebells that paint the forest blue in early May.

“Messenger Woods just transforms into a sea of blue. It’s something straight out of a fantasy movie,” Lyttle said. “It makes you feel fairies could be around the corner or you have fallen into wonderland. They are big and colorful and smell so sweet, letting us celebrate spring and warmer weather on the way.” 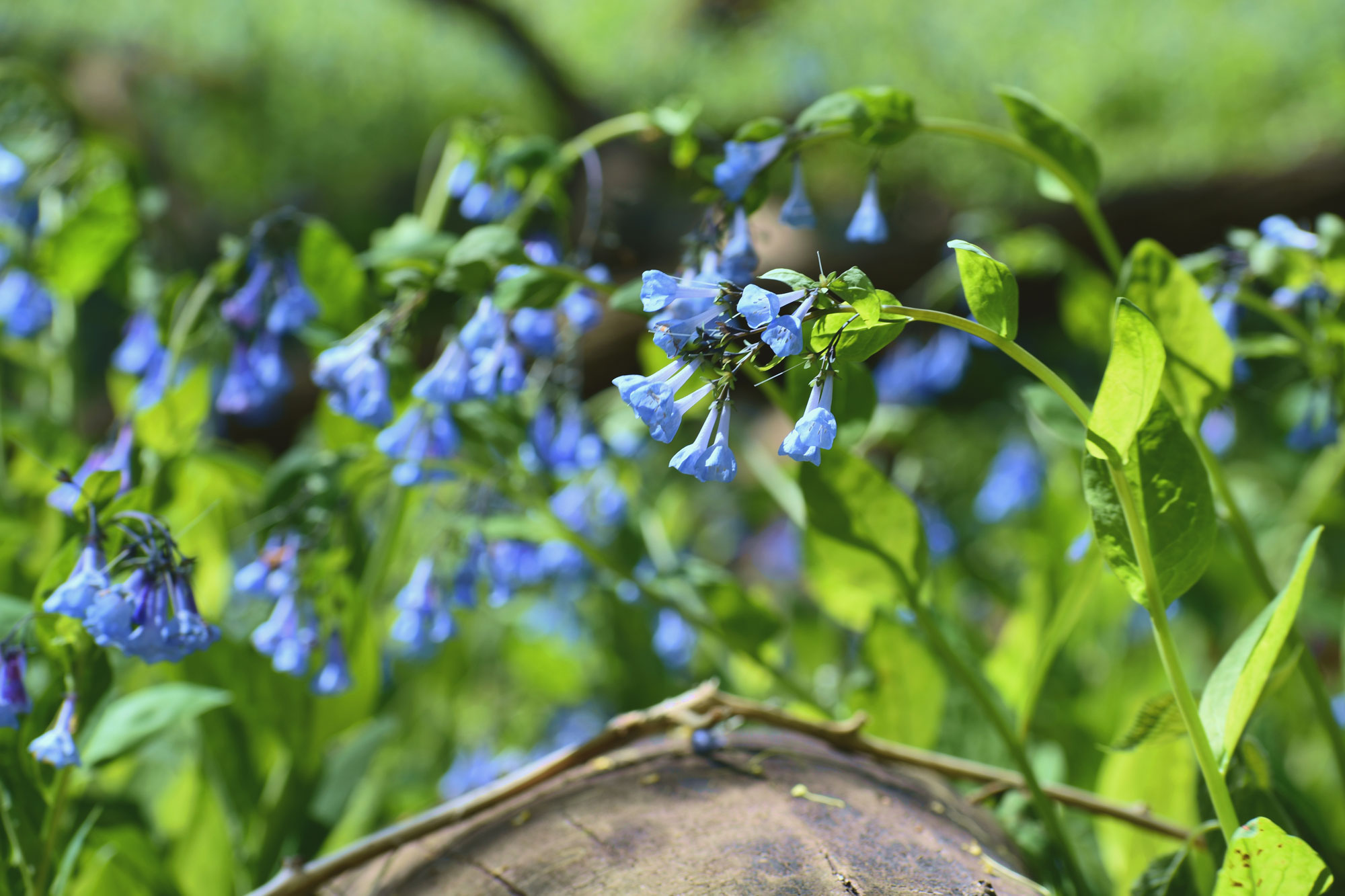 For a peaceful moment, Lyttle suggests visiting the creek. “I have a spot down by the creek where I will just sit for a moment of Zen. It has a few downed logs and branches making a small waterfall effect.”

It also provides some opportunities for wildlife viewing and investigating, with animals visiting and leaving behind clues of their presence.

“I haven’t seen the beaver in person, but wow can you see cut trees and piles of woodchips,” Lyttle said. “It’s fun to think we can share this same space just at different times of the day.” 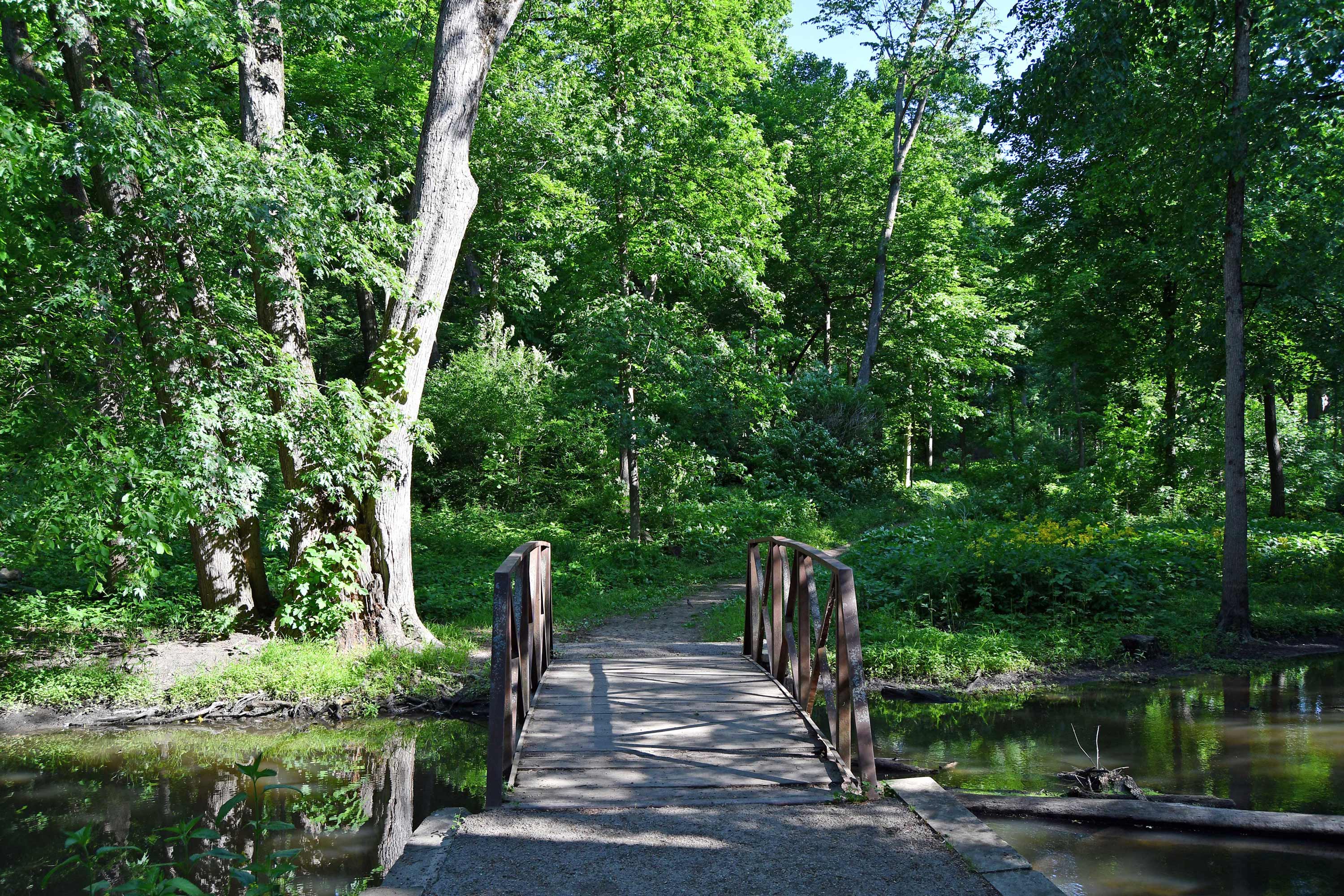 With hundreds of acres of forest, prairie, savanna and wetland habitats to explore, there’s plenty to see at Messenger Woods. You can meander through the preserve to take in all the plants and wildlife on a 1.87-mile natural surface trail looping across the land.

Lyttle said she enjoys the natural feel of the dirt trails. Plus, the loop around the whole preserve is a good hike because it’s not too long, but long enough to feel you have accomplished something, she commented. “I feel like I can check on the whole preserve doing a nice uninterrupted circle.”

Messenger Woods is one of five Will County preserves that offers camping. This preserve has four campsites available that can each accommodate two four-person tents. Two of the sites have concrete slabs that are ADA accessible. 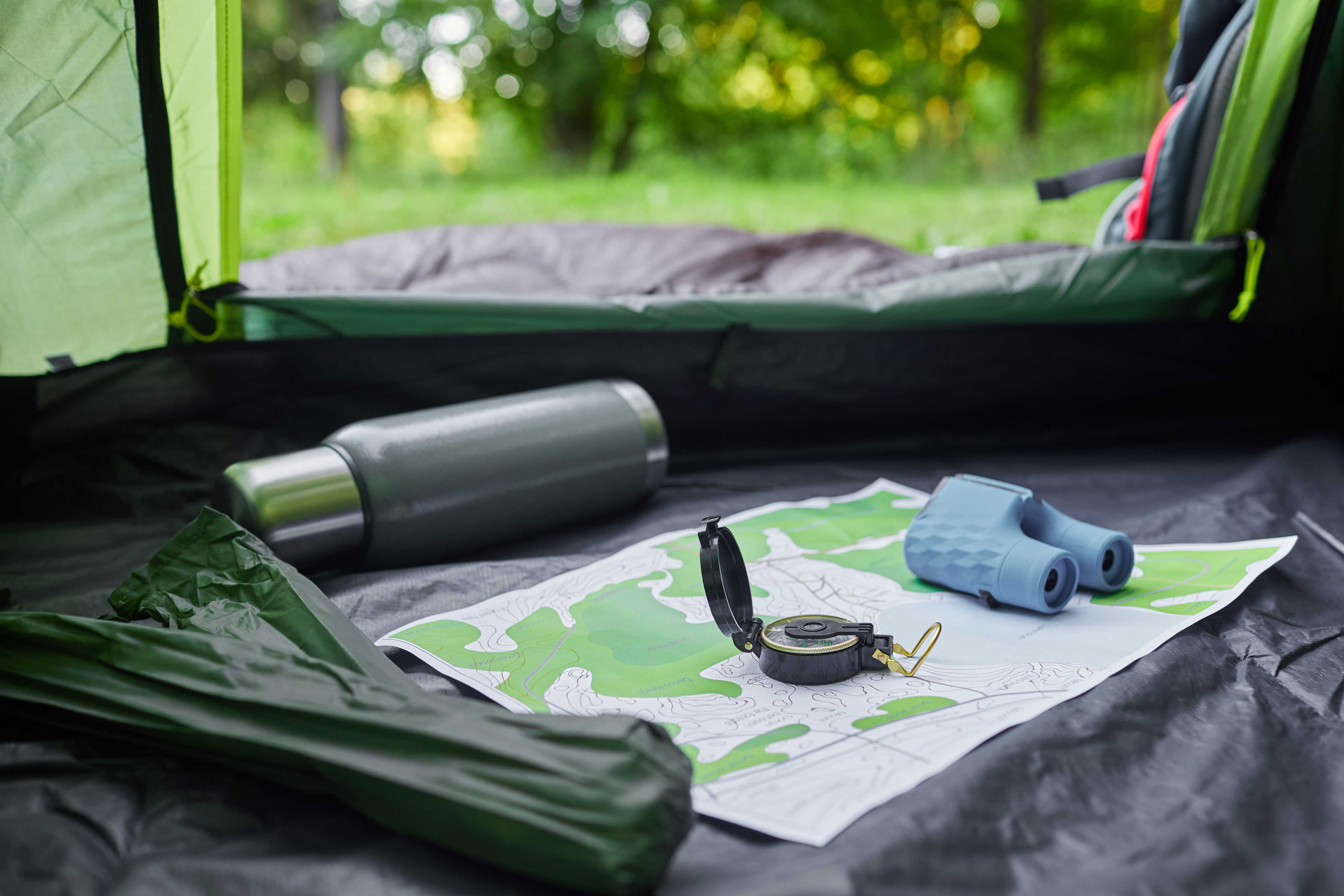 MORE INFORMATION ON CAMPING IN THE PRESERVES

And remember, overnight camping is a good way to experience the sights and sounds of some of the wildlife that stay hidden away during the day, when the preserves are open, Lyttle said.

“I would not be surprised if you get an owl story of your very own,” she remarked.

Messenger Woods also has two picnic shelters available for rental. Both the Hawthorn Grove and Oak Knoll shelters can accommodate up to 100 people. 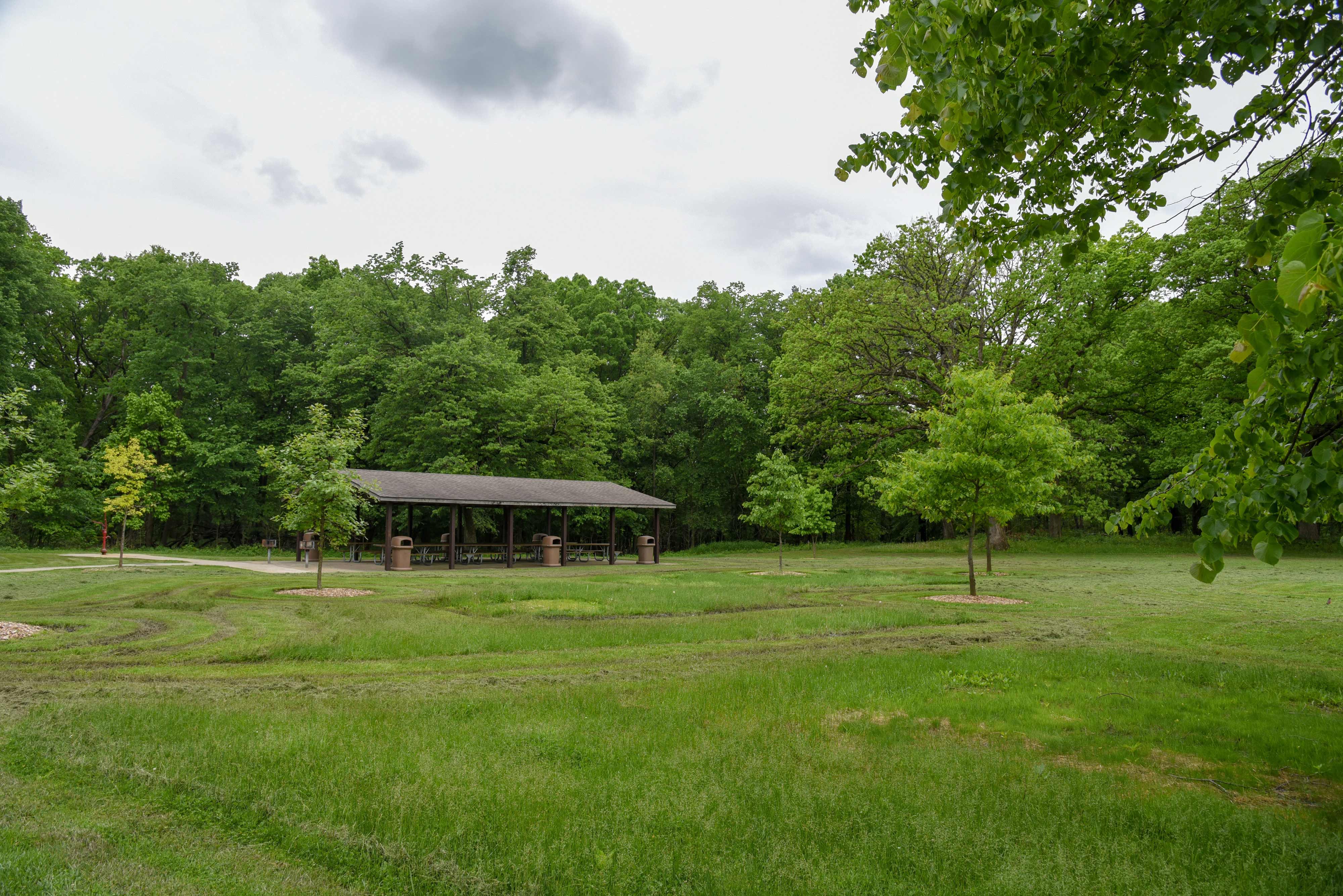