More organisms live below ground than above it, so let's dig deep to see what lives just underneath our feet

When we think about what’s below our feet, dirt is probably among the first things to come to mind. No matter where you stand, dirt is somewhere below, whether it’s under your bare feet as you walk through the grass or hundreds or even thousands of feet below you as you gaze out of a skyscraper.

The dirt below our feet would more accurately be called soil, and it is itself a living organism of sorts, because soil is full of organisms that are too small to see with the human eye. How busy is the world below our feet? It easily rivals any habitat you see aboveground. Consider this: More organisms live in the soil than live aboveground, according to the Soil Science Society of America. Even just a handful of soil contains millions of living things.

All those creatures living below our feet make our environment healthier in a few different ways. First, all that digging and burrowing helps aerate the soil, improving the quality. Some well-known subterranean residents, particularly earthworms, are considered an indicator of a healthy ecosystem because of their many important environmental roles, according to the University of Illinois Extension. Some underground species are also important because their diet, whether consuming plant matter, fungi or dead animal matter, helps make our environment cleaner and healthier.

Just like aboveground, the living things below are feet include both microorganisms — living things too small to see without a microscope — and macroorganisms — a living thing easily seen unaided by the human eye. From tiny bacteria to mammals like woodchucks and moles, the world below ground is as varied as it is above the surface.

In some places on Earth, the species that live below ground include humans. In Beijing, for example, more than 100,000 people are subterranean residents of the city, the BBC reports. And in the small town of Coober Pedy, Australia, about 80% of residents live in underground homes carved into Earth’s rocky surface. In Mexico City, there’s a proposal to build an Earthscraper — an inverted skyscraper — to house 5,000 people.

While humans don’t live underground all over the world, there is some consistency as to what you may find if you dig beneath the surface. There are worms, of course, along with insects and other crawling creatures. Some mammals live underground either full or part time, as do some reptiles and amphibians. And there’s plenty of living things underground that are just too small to see without a microscope. Let’s take a closer look at some of the living things that live just below our feet. 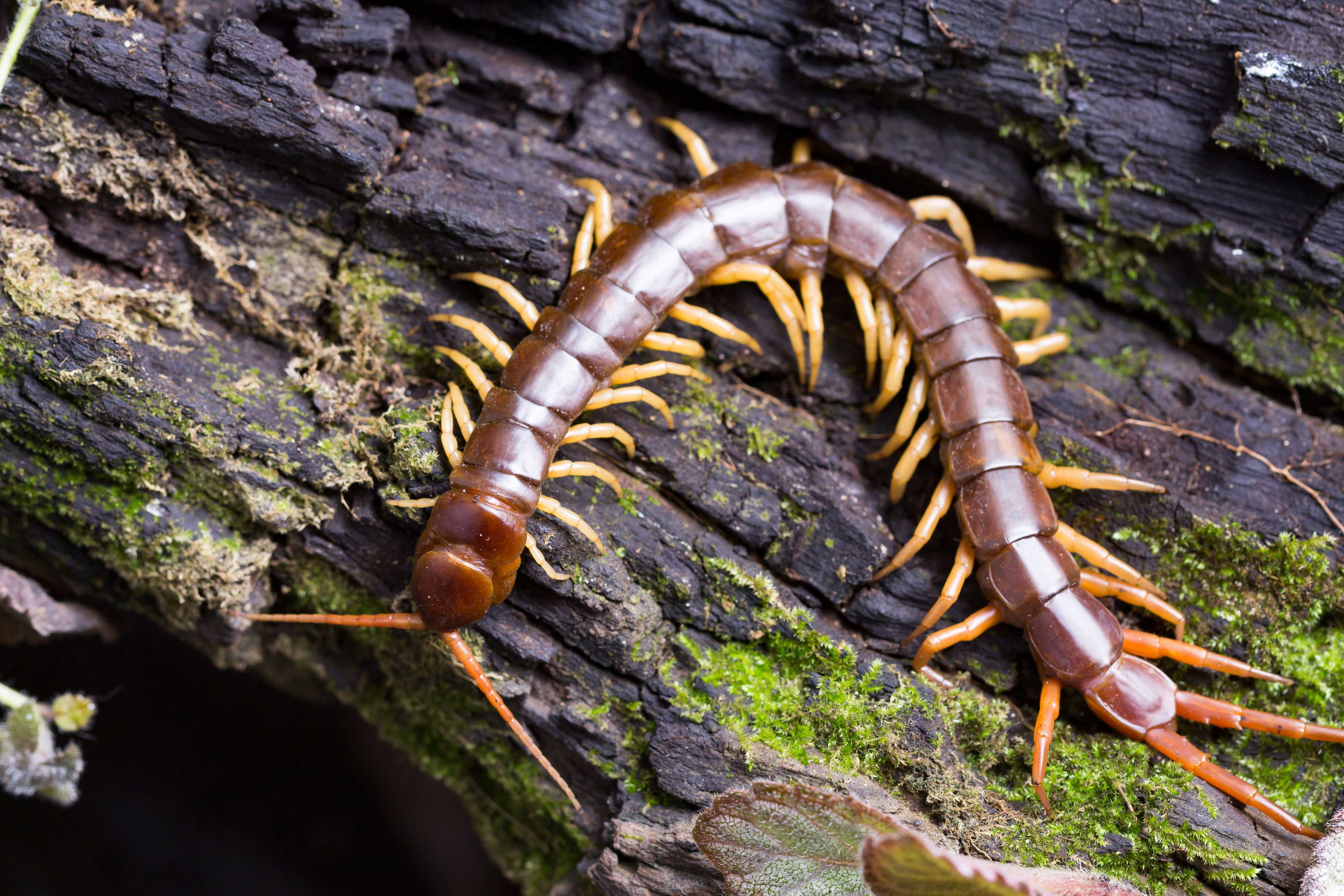 Decomposers are a type of organism with a very important underground job. They feed on dead organisms — animal carcasses; leaf litter and other plant debris; wood; and even animal feces — and break it down into important nutrients used by plants and other living things, according to National Geographic.

Most decomposers are microorganisms, things like bacteria and protozoa we can’t see without a microscope. Fungi are decomposers too, as are some critters we most definitely can see, like worms and millipedes and termites. These types of decomposers are classified as detritivores.

In addition to their work creating nutrients that other organisms need to thrive, decomposers also keep our environment clean, National Geographic reports. Without them, dead organisms of all kinds — from dead animals to dead leaves — would begin to pile up into unmanageable levels. 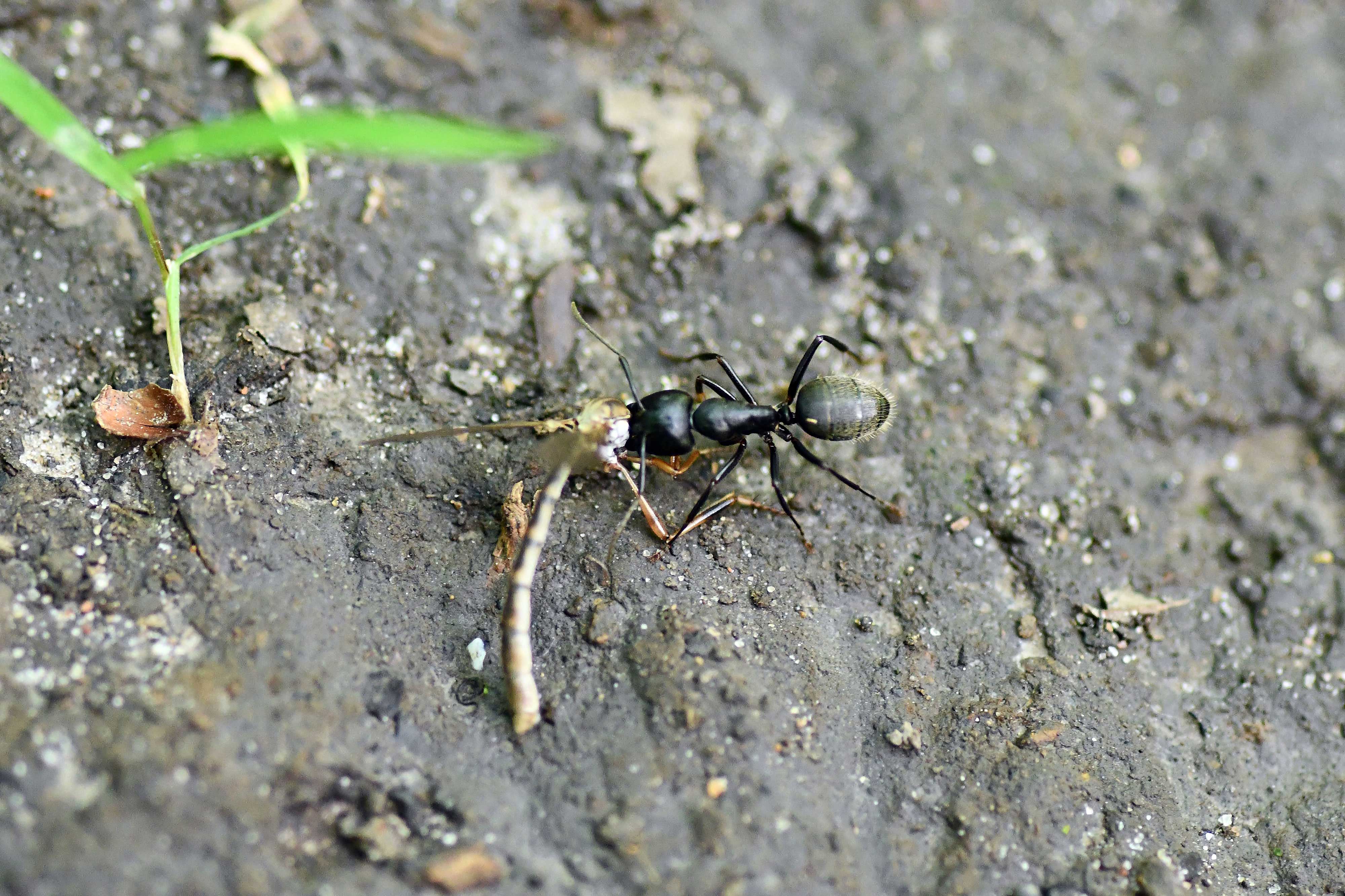 An ant carrying a damselfly. (Photo by Glenn P. Knoblock)

When you think about insects that live underground, ants probably quickly come to mind. They famously live underground in large, complex colonies. Termites live similarly to ants, in large, underground colonies with complex social structures, according to the U.S. Forest Service.

Another well-known subterranean insect is the cicada. Some species of cicadas, known as periodical cicadas, spend 17 years (or 13 years in some places) underground before emerging aboveground to much anticipation — and racket. In their entire 17-year life cycle, they spend only a few weeks aboveground as adults, National Geographic reports.

Some insects that we are very familiar with here aboveground spend some time underground as well. For example, some bees and wasps nest and hibernate in the ground. And the larva form of many insects also live in the soil before metamorphosizing into their adult form that lives on top of the surface. 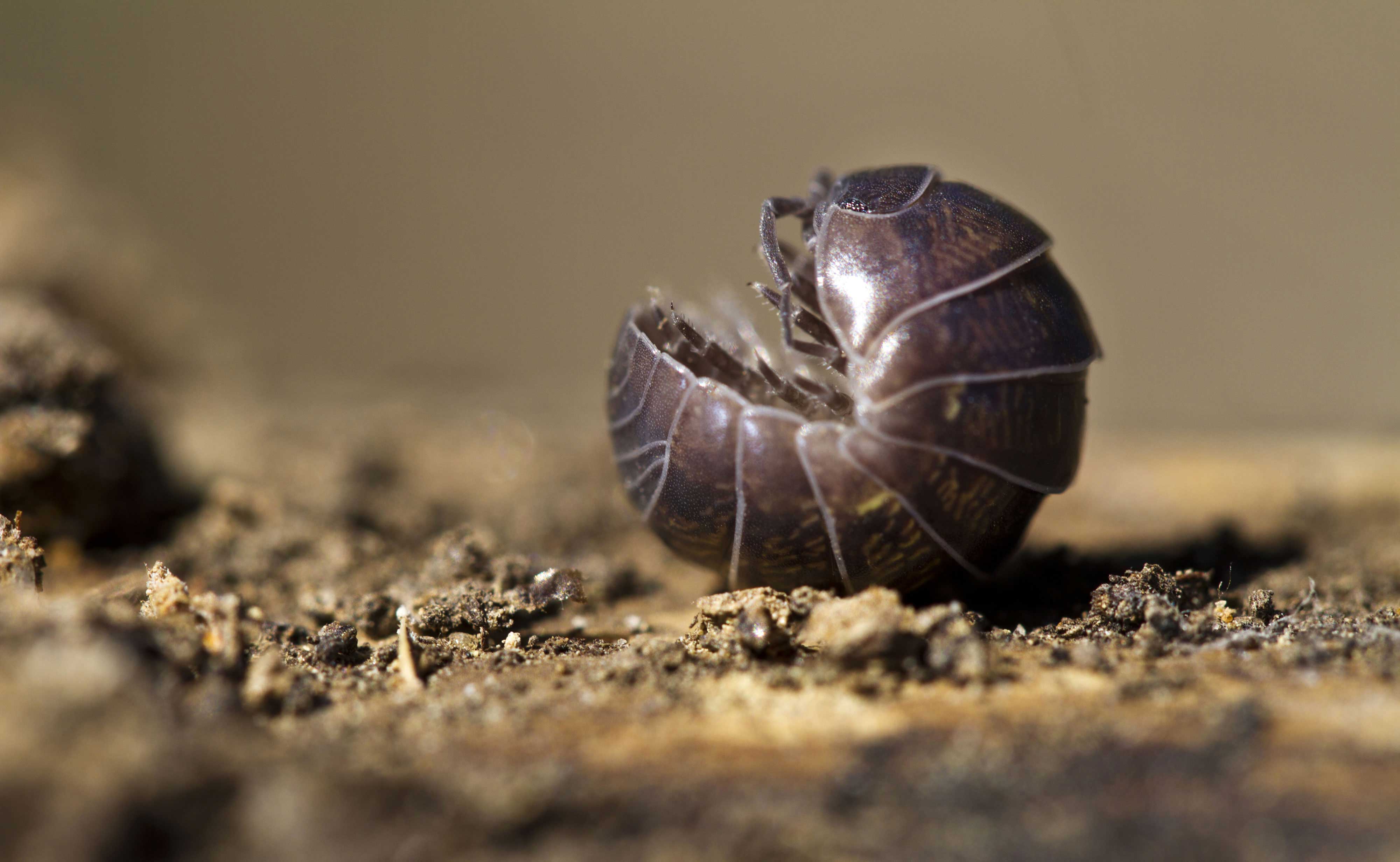 Some insects, like beetles and ants, are arthropods, but the world of arthropods includes more than insects, and some of these non-insects are subterranean creatures. One well-known example of an underground arthropod is roly-polies, also called pillbugs or sowbugs. These critters are actually crustaceans, meaning they are more closely related to lobsters than insects.

Other soil-dwelling arthropods include centipedes and millipedes, as well as springtails, according to the Natural Resources Conservation Service. Spiders and mites are also arthropods, and some species of each spend some or nearly all their time underground.

Arthropods are particularly diverse in most soils. Just 1 square mile of soil in a forest may be home to more than 1,000 different species of arthropods, the conservation service reports. 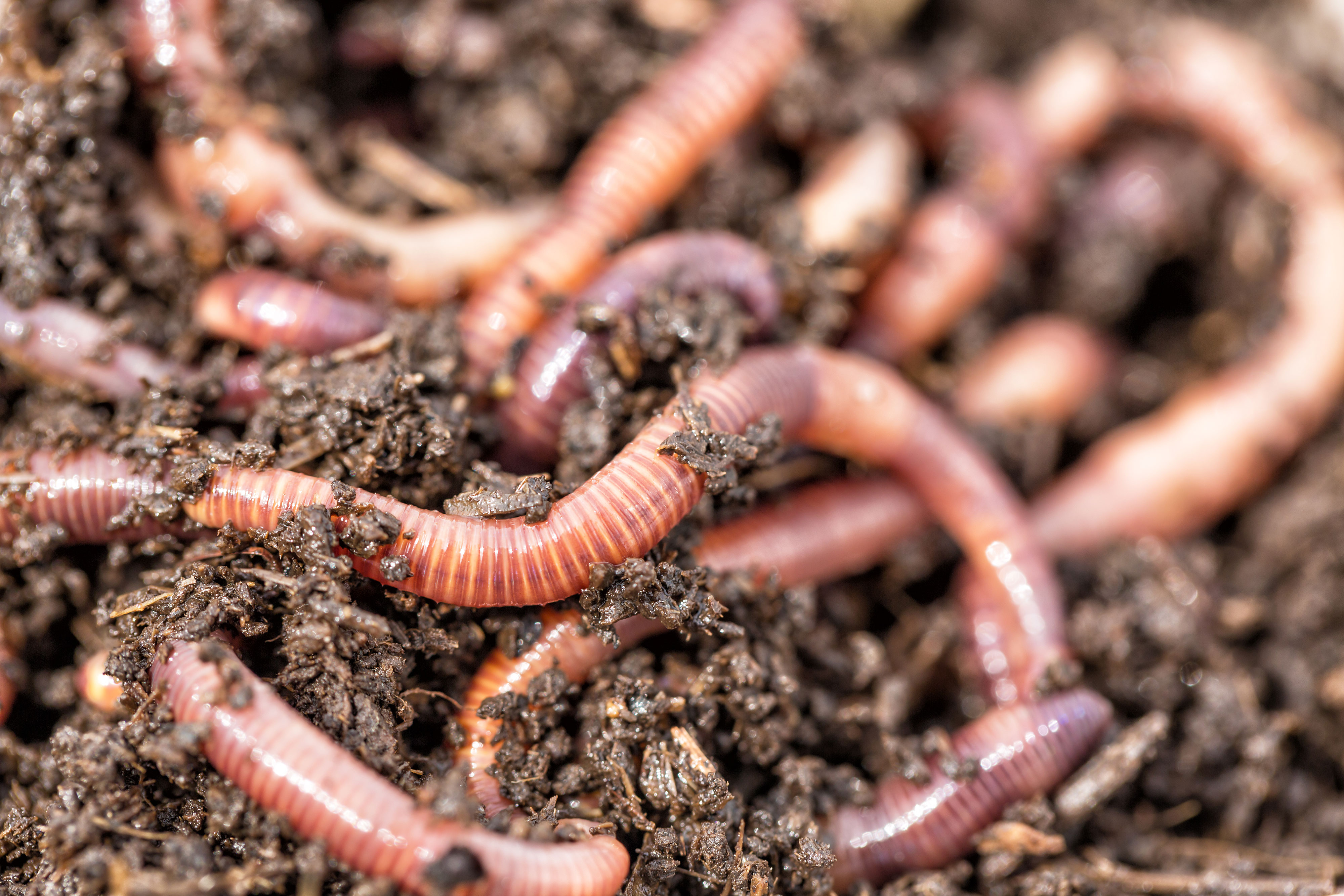 Worms aren’t quite an insect or an arthropod, although they do live underground like many of these creatures do. Worms are invertebrates like insects and arthropods, but they lack an exoskeleton and instead have soft bodies.

When we think of worms, earthworms are probably the first thing to come to mind. There are actually more than 2,700 species of earthworms, though, according to the University of Illinois Extension. Other types of worms include flatworms and roundworms.

Earthworms can be abundant underground. One acre of land can be home to more to more than 1 millions earthworms, the Illinois extension reports. Staying underground, where soil is moist, is crucial, because worms will die if their skin dries out. 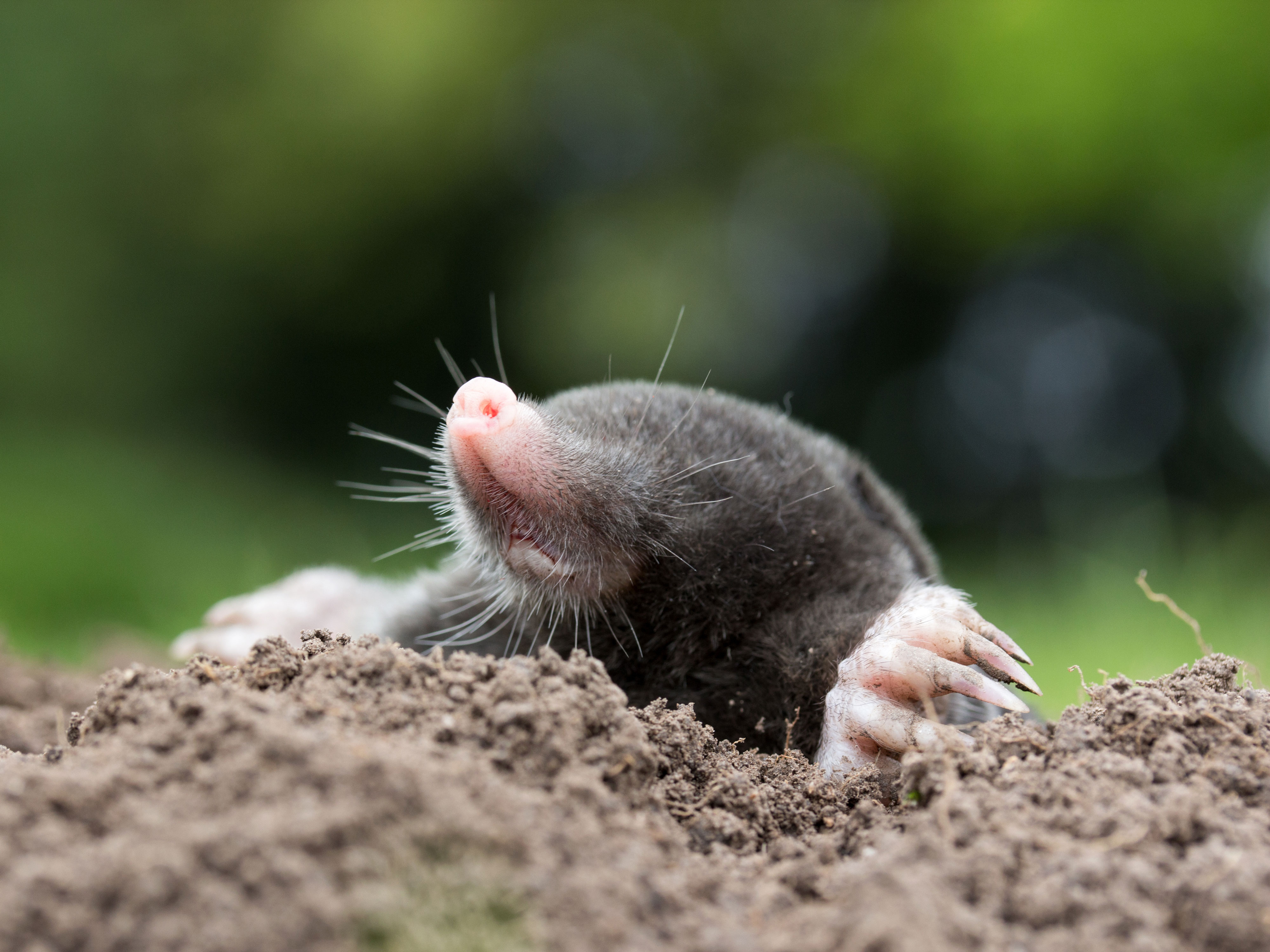 We don’t often think about mammals as living below our feet, but quite a few mammals spend at least some of their time in underground burrows, including ground squirrels, chipmunks, moles, voles, badgers, gophers and groundhogs — or maybe you call them woodchucks.

Some mammals, like moles, spend virtually their entirely lives underground and are rarely seen above the surface, according to Wildlife Illinois. Others, like badgers, spend time aboveground looking for food, but use burrows for a safe place to rest or raise offspring. And many burrowing animals, including ground squirrels and groundhogs, use their underground shelters as a place to hibernate in the winter.

The scientific term for animals that use underground burrows and primarily live underground is fossorial, which means adapted for digging. These fossorial animals are often considered a nuisance because their digging behavior can cause problems around our yards, but it does provide an ecological benefit, namely in the form of soil aeration. 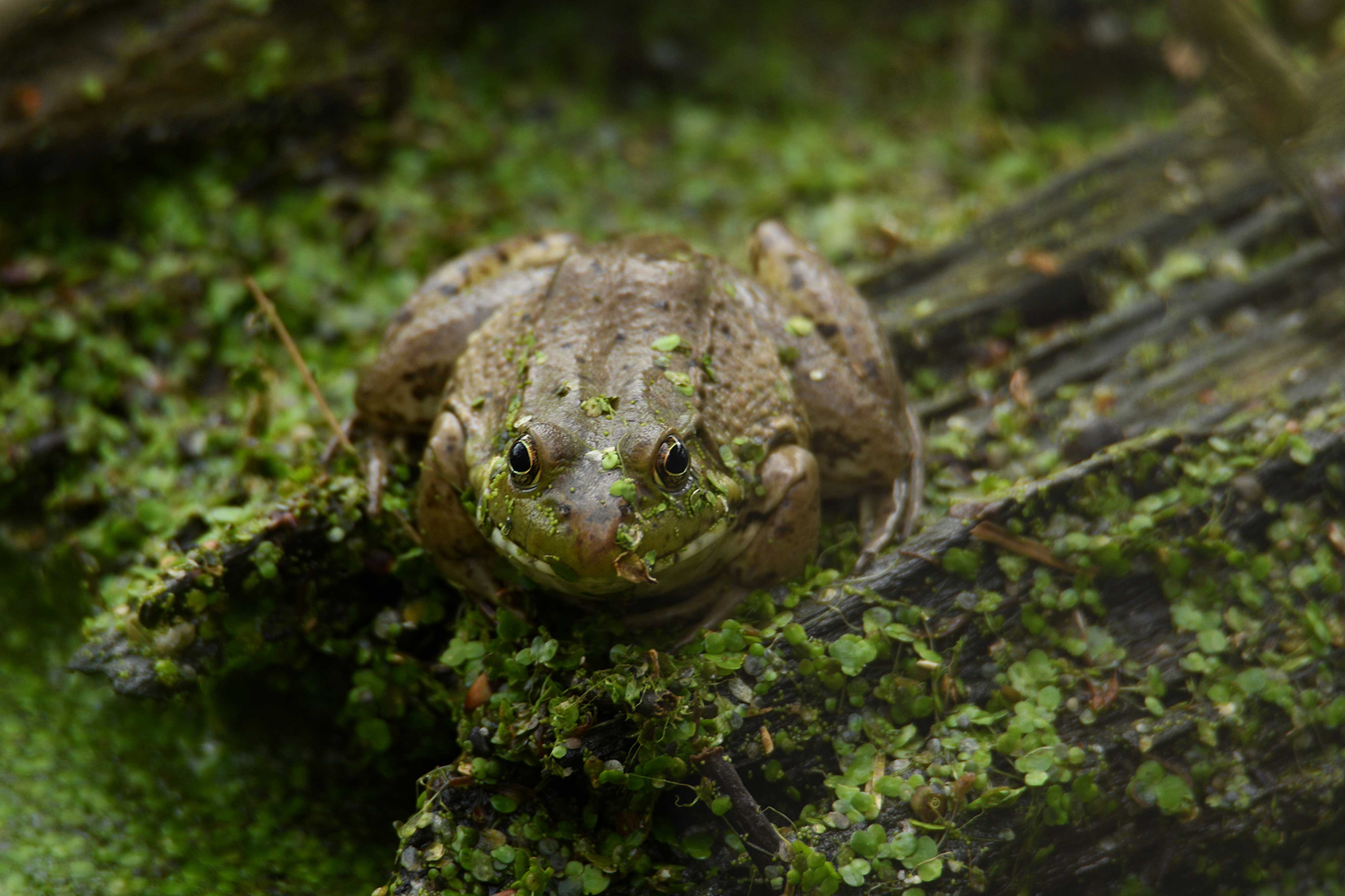 When you come across a hole in the ground, you may assume it’s a snake hole. While it may be, it’s also likely to be one of the burrowing mammals listed above. Snake holes are typically small, less than 2 inches in diameter, according to Wildlife Illinois. Even among holes this size, there are many possible culprits beyond snakes, including ground squirrels, rats and weasels. Some snakes use burrows to hibernate, although most often they use burrows created by other animals simply for passing through or to take up temporary shelter.

Frogs and toads also burrow into the ground to hibernate in holes called hibernacula, according to Discovery Place. Terrestrial frogs will typically dig these burrows below the frost line where they can spend the winter.

Some lizards also burrow, often to avoid harsh weather above the surface, according to the San Diego Zoo. Take the ground gecko, which lives in desert climates. These lizards will burrow into the ground during the day, spending time under the sand until the sun goes down.