Situated in the heart of Will County’s Lincoln-Way communities, Hickory Creek Preserve is a favorite of many people because of how accessible it is for area residents.

“Hickory Creek is our largest preserve in Will County, and it is truly embraced by its neighbors,” said Suzy Lyttle, an interpretive naturalist for the Forest Preserve District. “I have run into so many people who call this preserve their own backyard, myself included.”

The preserve is so large that it has three access areas: Hickory Creek Junction in Mokena, Hickory Creek Barrens Nature Preserve in New Lenox and LaPorte Road Access in Mokena.

Hickory Creek Preserve totals 1,541 acres across the three access areas, and the land was acquired between 1942 and 2010. The preserve acreage is part of the Hickory Creek preservation system, a conservation effort comprising more than 2,000 acres. Most of the land at Hickory Creek was acquired for a regional stormwater reservoir that never came to fruition.

The preserve is a hotspot for both wildlife viewing and recreational opportunities and a good place to visit year-round. Keep in mind, though, that natural spaces like these aren’t like zoos. You have to keep your eyes peeled — and your hands to yourself — to take in the wildlife in its natural habitat.

“I think the biggest tip to see wildlife is to be present while hiking,” Lyttle said. “Looking at every nook and cranny, closing your eyes and taking in all the sounds. Sometimes I am lucky and bump into critters, but other times you have to take your time and let them find you.”

If you’re looking for a more immersive and educational experience, Hickory Creek hosts a variety of programs throughout the year, everything from owl and bird hikes to biking tours and the popular Food Truck Fridays.

REGISTER FOR A PROGRAM AT HICKORY CREEK

For Lyttle, Hickory Creek will always be a special place.

“I have so many memories and stories, I could write a book,” she said. “It is where I fell in love with fungus, flowers and owls.”

One memory in particular stands out for her. When Lyttle first started working for the Forest Preserve District, she worked as a teaching fellow, helping with programs in the preserves. During one program where students were studying dead logs, the kids were rolling logs over to search for insects underneath.

“I remember walking with the students and we stumbled upon a large broken tree. It had a big, hollow opening that looked like you could walk through it into a fairy world. At the base of the hole was a huge purple jelly fungus. It looked like and was the same size as a brain,” she said. “I was just as in awe as the students were. We all touched it and screamed. This was before making slime was all the rage, but it felt just like if you poked slime.” 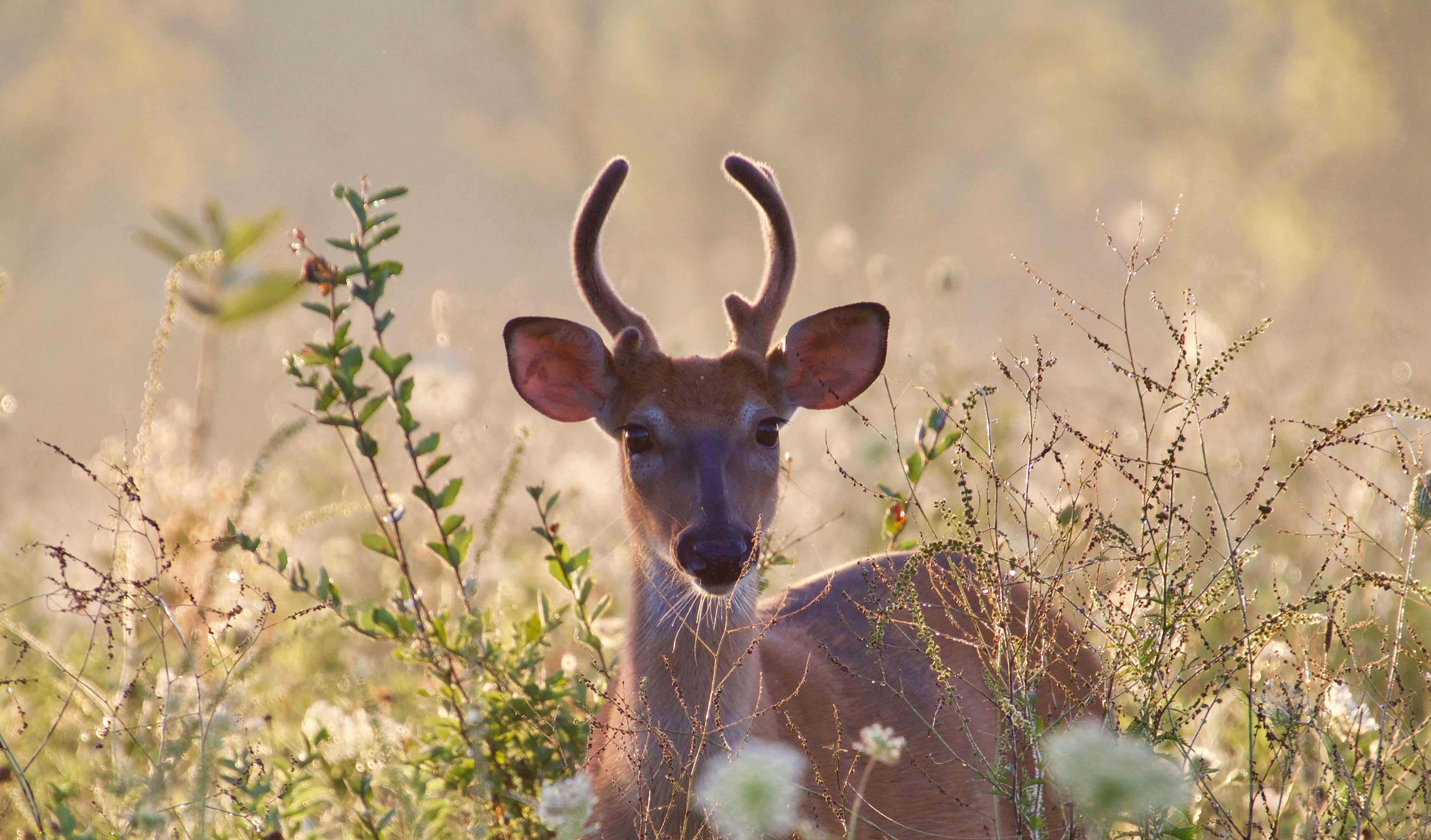 Because Hickory Creek is home to so many different kinds of habitat, plenty of wildlife and unique plant species can be found across the preserve.

“Hickory Creek has it all — from prairie to savannah to forests, to, of course, the creek,” Lyttle said. “It has something new to see during all the seasons.”

On a trip through the preserve you may spot any number of the more than 50 bird species that reside there, including pileated woodpeckers, brown creepers, hermit thrushes and yellow-rumped warblers.

Hickory Creek is also home to one of our more unusual birds, the American woodcock, which puts on a show around March of every year with the males performing their elaborate mating ritual. 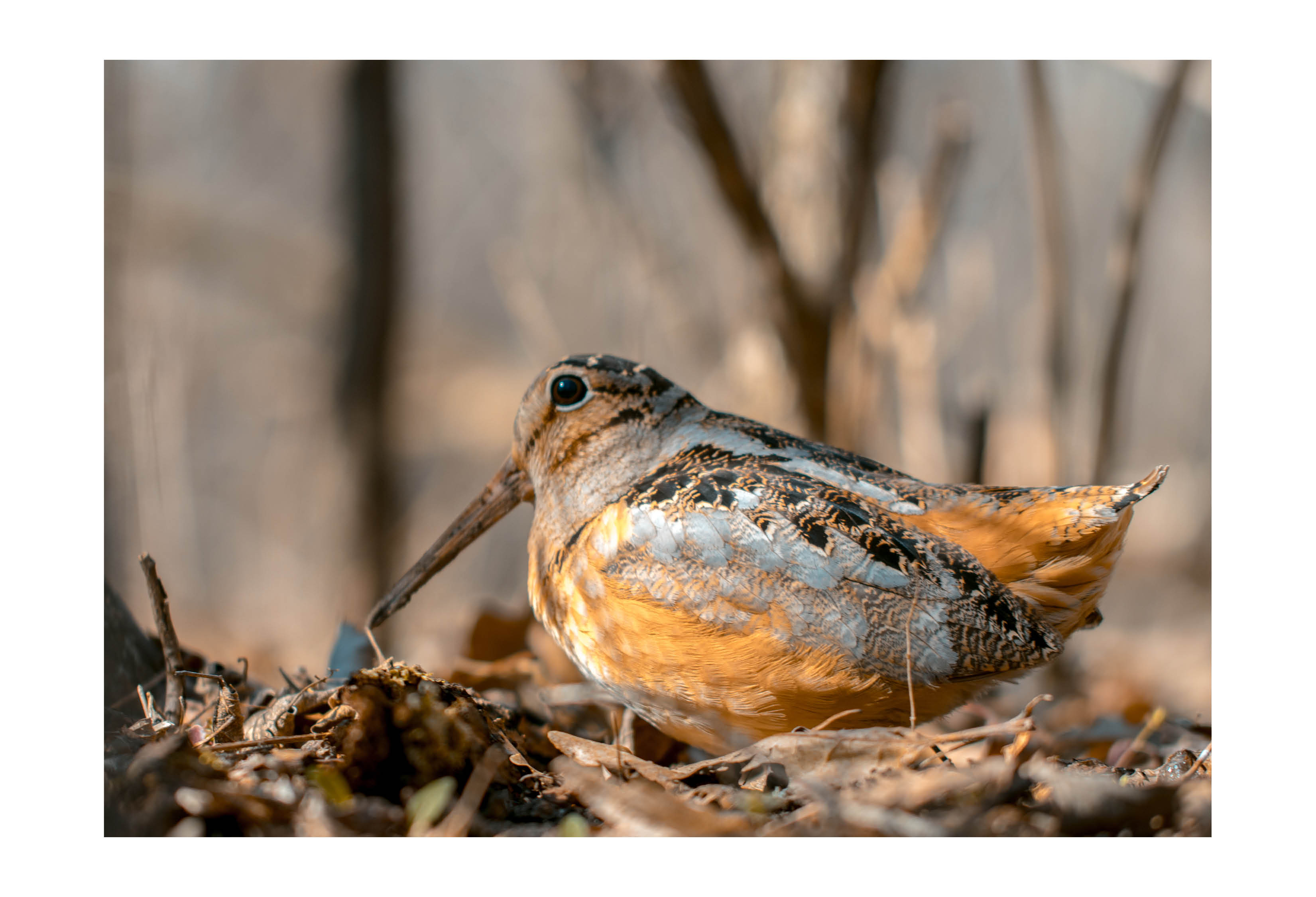 In the spring, Hickory Creek can be a jackpot for anyone who enjoys spring wildflowers. Even before spring has fully set in, head to Hickory Creek Barrens to look for skunk cabbage along the creek, Lyttle said. In early spring, carpets of bluebells will bloom near the creek at Hickory Creek — LaPorte Road Access. 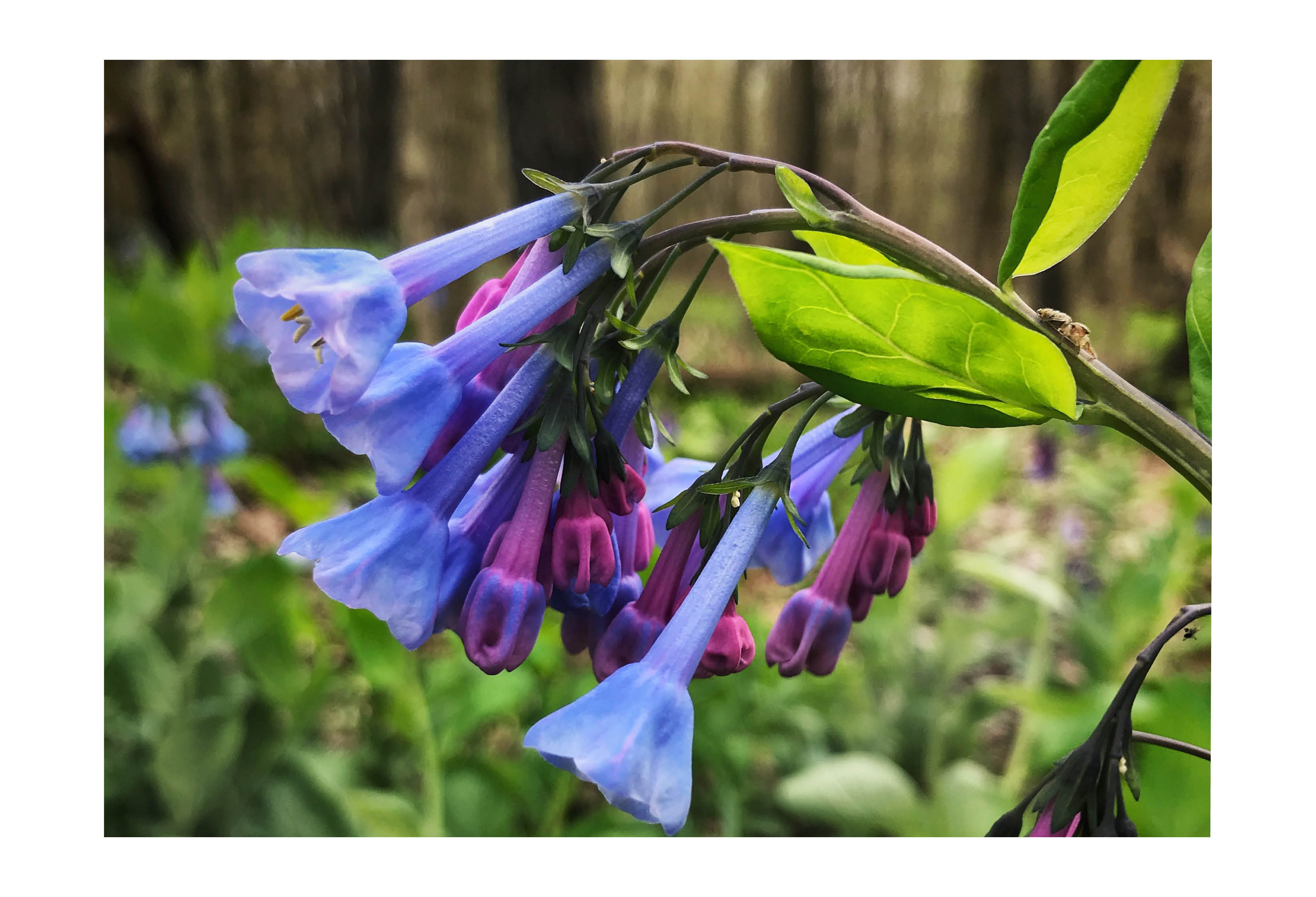 In summer, the prairie areas will come alive with wildflowers, especially milkweed. Other plants you may find in bloom during a summer visit include lead plant, prairie gentian, wild senna and yellow trout lily.

One particularly special find for Lyttle at Hickory Creek has been Indian pipe, also know as ghost plant. Indian pipe has no chlorophyll, so it is white in color. 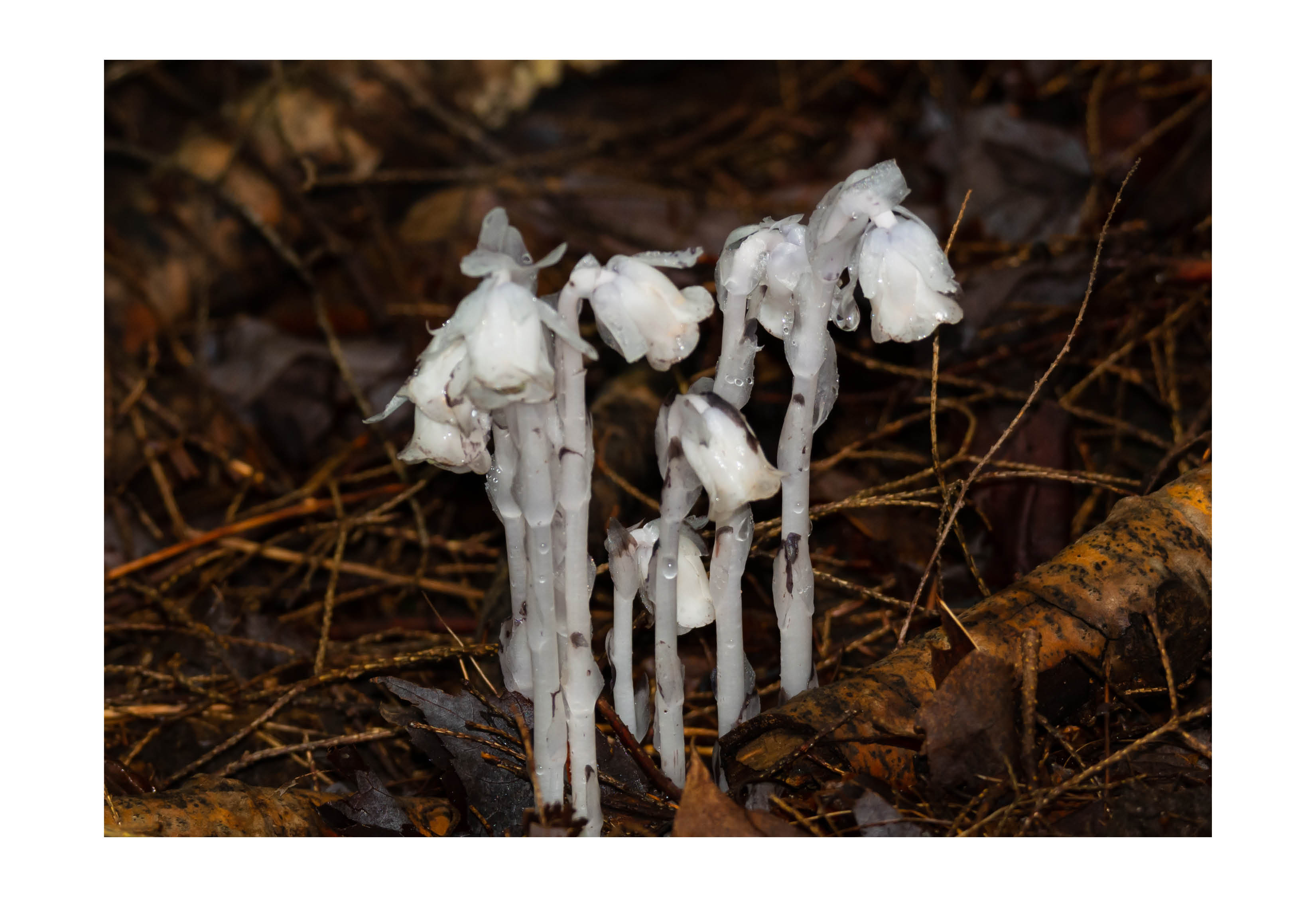 “When I saw my first Indian pipe at Hickory Creek, no joke I thought I had found a brand-new species,” she said.

In the fall, the forested areas of Hickory Creek serve as one of many great spots in the preserves to take in fall color — the golds, yellows, oranges, reds and browns that signal the change of seasons. 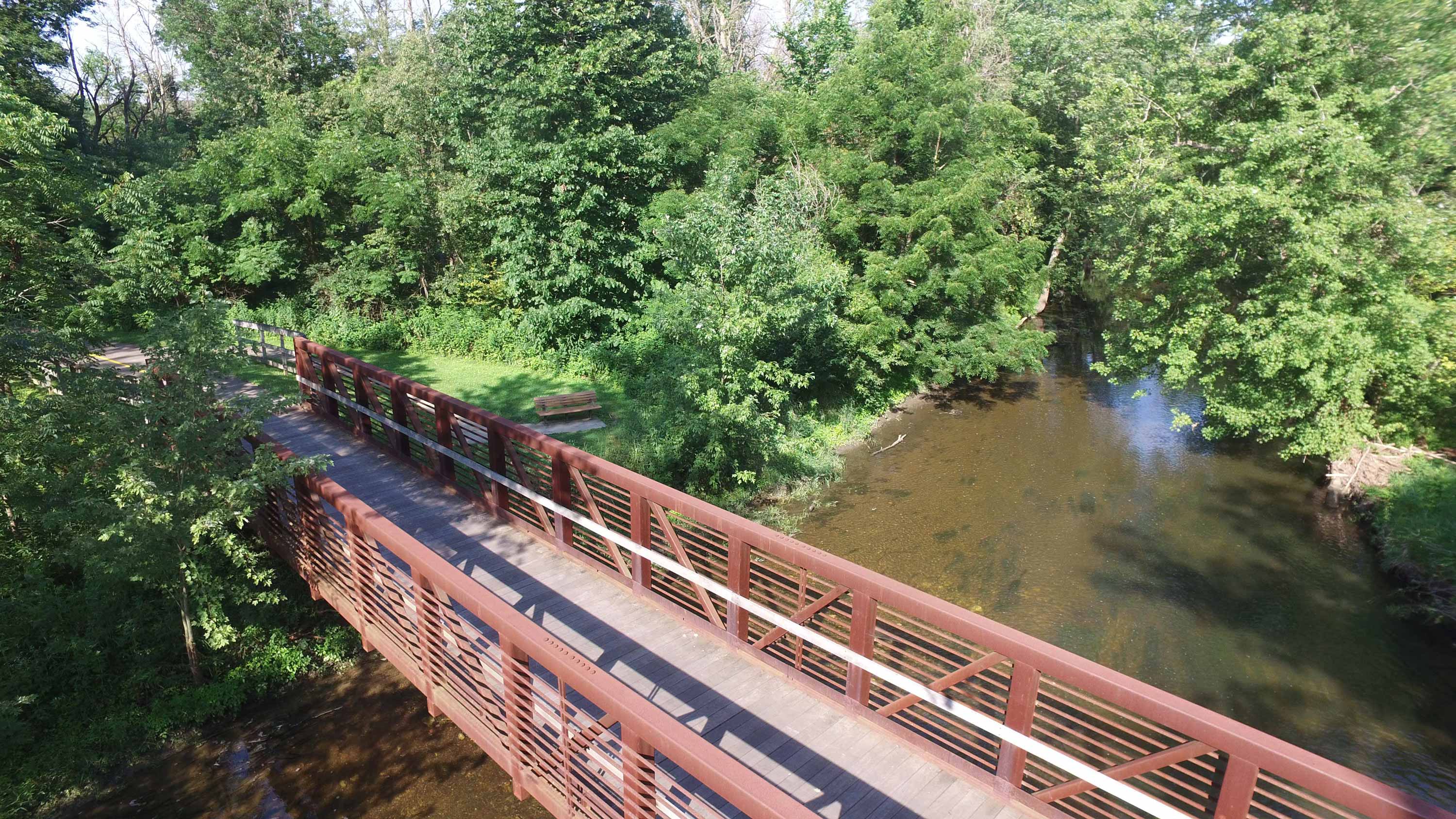 No matter your interests, recreational opportunities abound at Hickory Creek Preserve. The miles of trails that cut through the preserve are suitable for biking, inline skating, hiking, running or even just a leisurely stroll to take in the sights and sounds of nature. Winter enthusiasts can traverse the trails via snowshoes or cross-country skis when snow covers the ground.

Lyttle said Hickory Creek is known for its bike trails, but sometimes enjoying the preserve in a slower fashion means taking in sights you wouldn’t otherwise see.

“One day I was walking and saw a big pile of clothes on one of the bridges. I saw a few bikers just speed right past it. As I got close, I realized that it wasn’t a pile of clothes or trash, it was an eastern spiny softshell turtle,” she said. 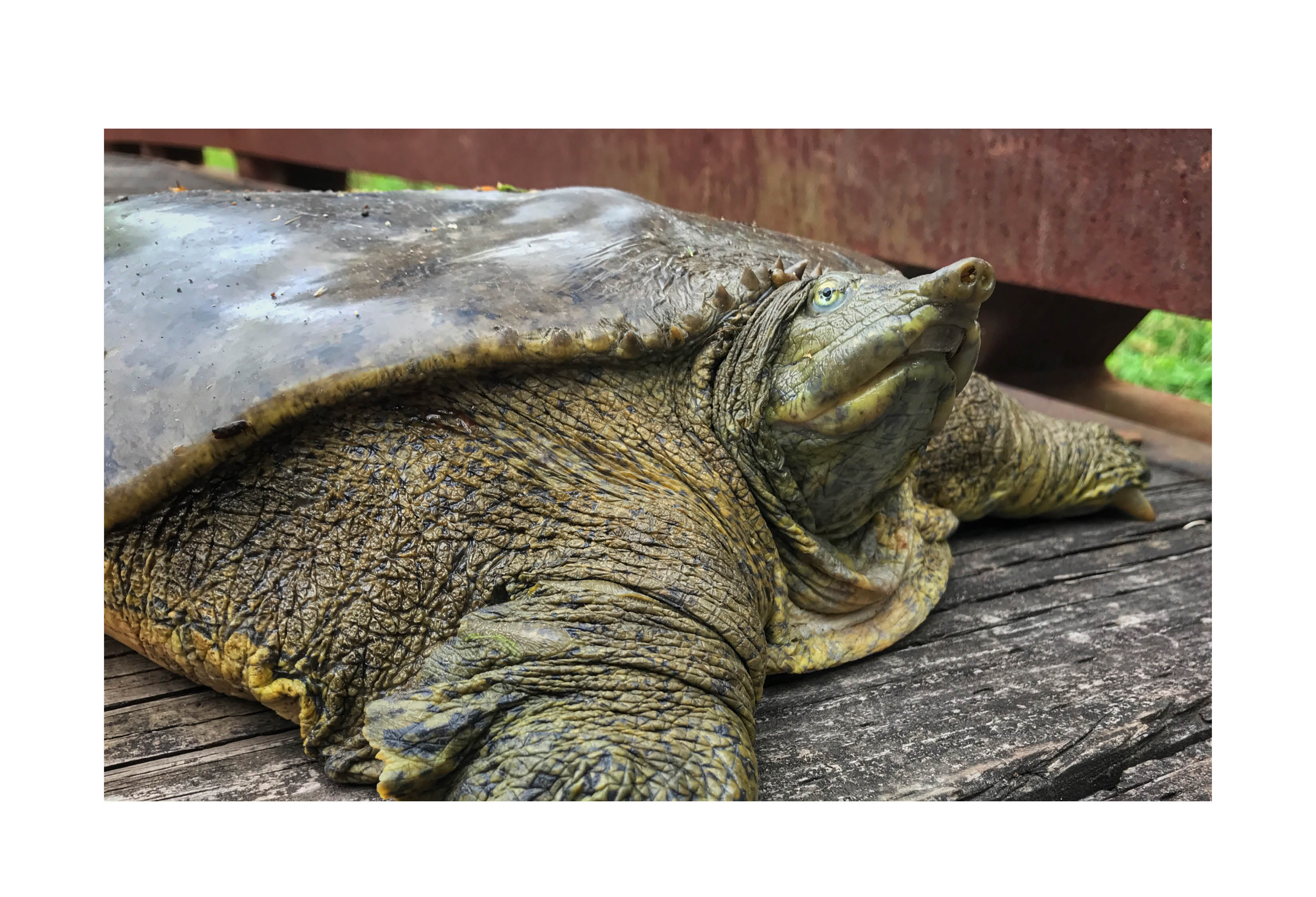 “It was the first time I had seen one in our preserves. I took pictures, totally geeked out, and safely moved it off the busy trail.” 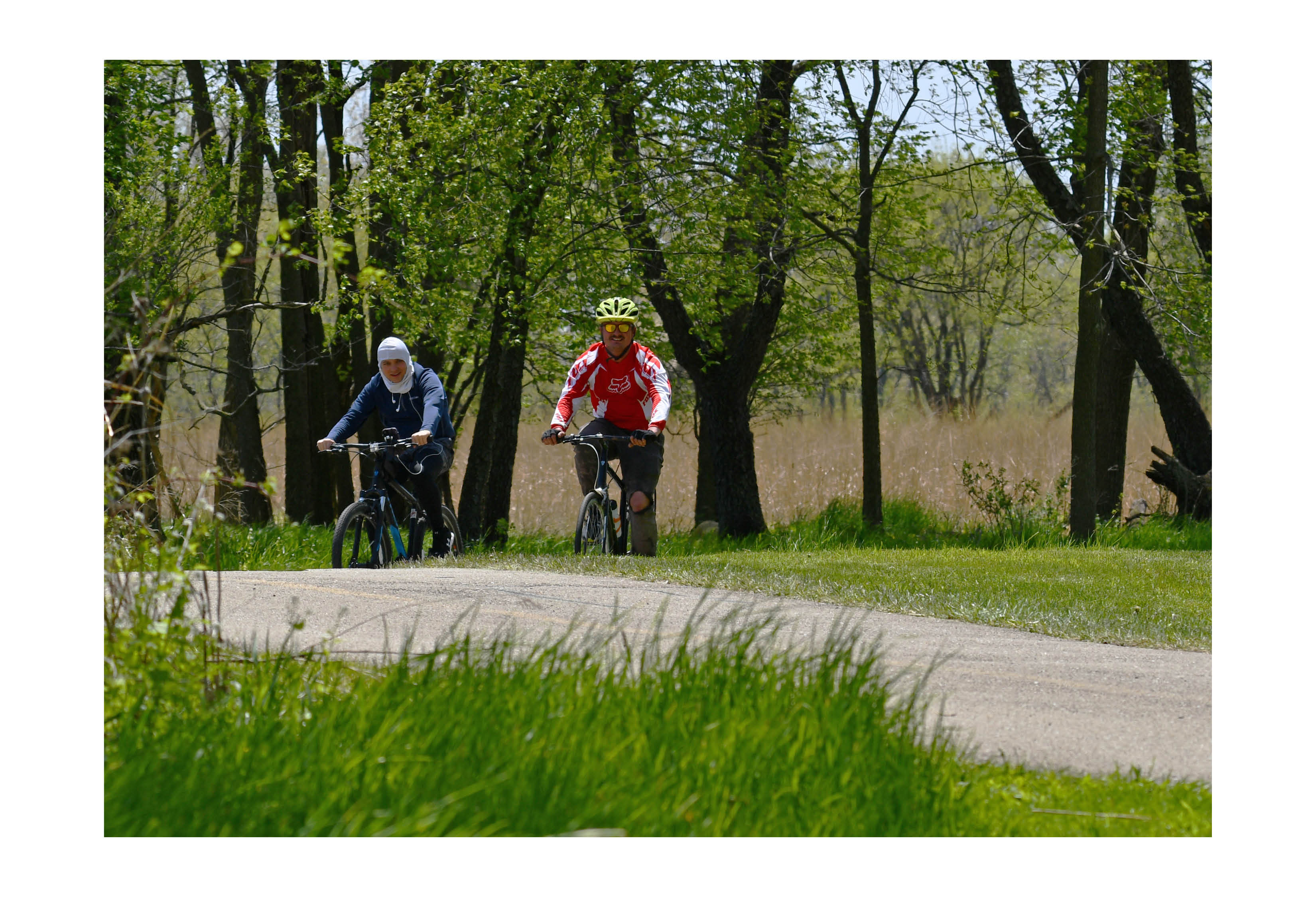 At Hickory Creek Junction, children can enjoy an accessible playground that was constructed from recycled materials. 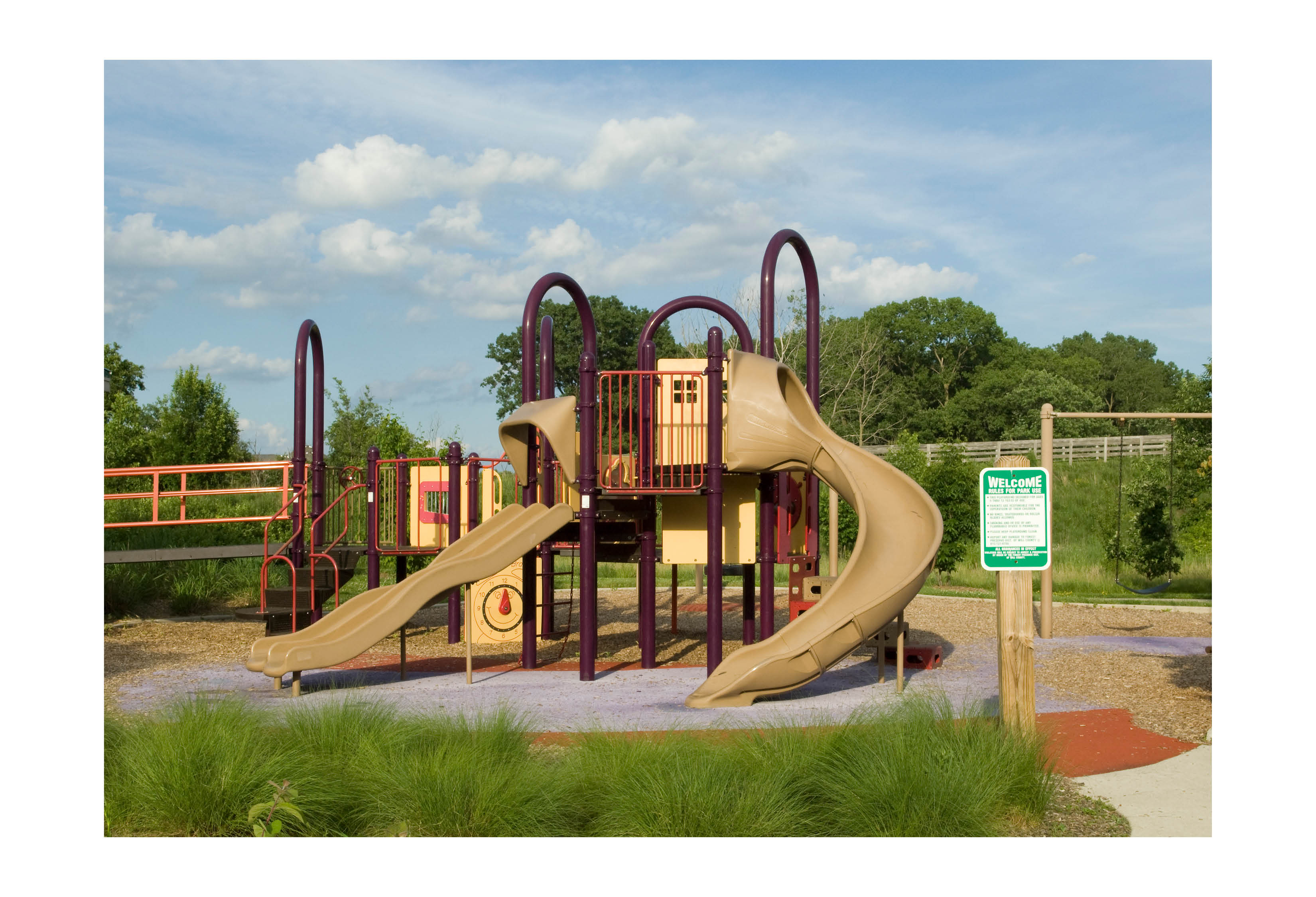 Anglers can fish at a detention pond at Hickory Creek’s LaPorte Road Access. Geocaching is also allowed at this access point. Keep in mind, though, that you must have a permit to place a geocache in a preserve and this activity is not allowed in all preserves.

If you’re looking for a good place for a picnic or for another outdoor gathering, all three Hickory Creek access points have picnic shelters that can be reserved. 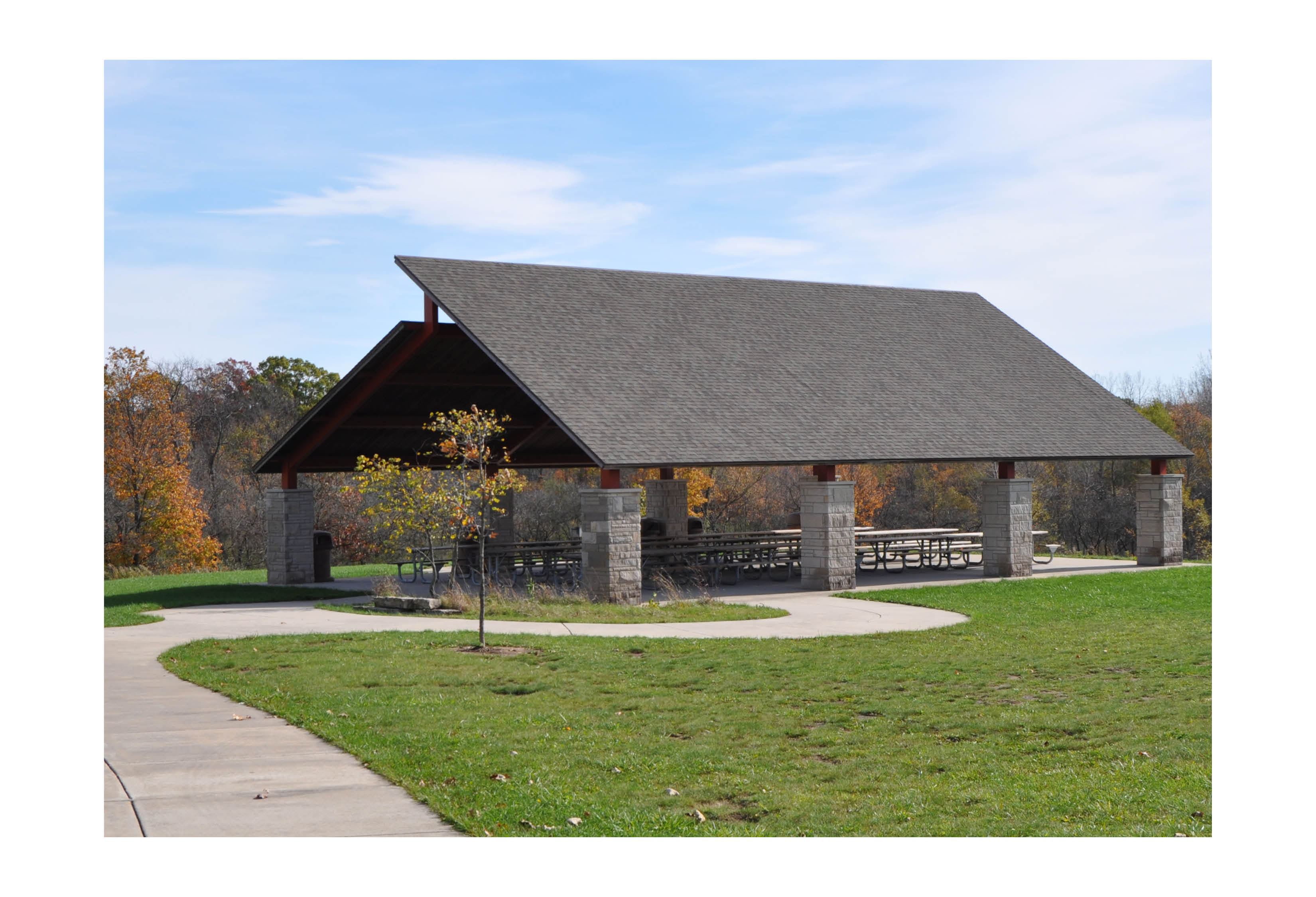 At LaPorte Road, the Hickory Hollow Shelter can accommodate 150 people and the Shagbark Grove Shelter can accommodate 90 people. The Junction’s Hickory Creek Junction Shelter has a capacity of 120 people, and the Hickory Creek Barrens Shelter at the Barrens access area has a capacity of 60 people. Permits are required for all groups of 25 or more to use a shelter.