Southwestern Will County is home to a sand prairie habitat that is one of the most diverse of its type in the entire state, and part of that is protected land at Braidwood Dunes and Savanna Nature Preserve.

The unique sand prairie habitat at Braidwood Dunes and Savanna Nature Preserve formed as the result of catastrophic flooding thousands of years ago, during the Wisconsin Glaciation. When moraines — rock and soil left behind by a moving glacier — were breached by flooding, water poured into the Kankakee River valley, depositing sand across the area, said Erin Ward, a program coordinator for the Forest Preserve District.

The flooding created a glacial lake called Lake Wauponsee, and the area of Braidwood Dunes and Savanna, along with the nearby Kankakee Sands and Evans-Judge preserves and other surrounding land, were submerged under the lake.

“The lake eventually disappeared, leaving behind our sandy landscapes that we know and love today,” she said.

Ward has spent time at Braidwood Dunes through her years with the District, including leading hikes and other programs there. Her most memorable time at the preserve, though, was her first, in 2008, when she was working as an intern for the Forest Preserve District. She was at Braidwood Dunes to observe a naturalist who was leading a program, but 50 people showed up so they decided to split the group into two, with her leading one group and the naturalist the other. Her group was a Girl Scout Troop from Elwood, and they were up for an adventure, she said.

“We discovered where the prickly pear grew and where the sassafras trees could be found. We listened to frogs, studied prairie flowers and even learned about ticks and poison ivy,” Ward said. “We had so much fun exploring together, it’s the reason why I continued to do programs at this preserve.”

Currently, the wetland habitat at the preserve has been so wet that the trail does not connect, so programs are typically held at the adjacent Kankakee Sands preserve. The sand prairie habitat is the same at both sites, so much of what can be seen at the preserves is the same as well.

One word of caution: Braidwood Dunes and Savanna is a perfect habitat for ticks, because there are lots of plants for them to sit and wait on and lots of animals for them to pounce on, Ward said.

“Every single time I hike there, I find a tick on me,” she cautioned. “Spring is always the worst, but they are bad there spring, summer and fall. Be prepared with long pants, long-sleeved shirts, closed-toed shoes and bug spray. Check for ticks when you are done.” 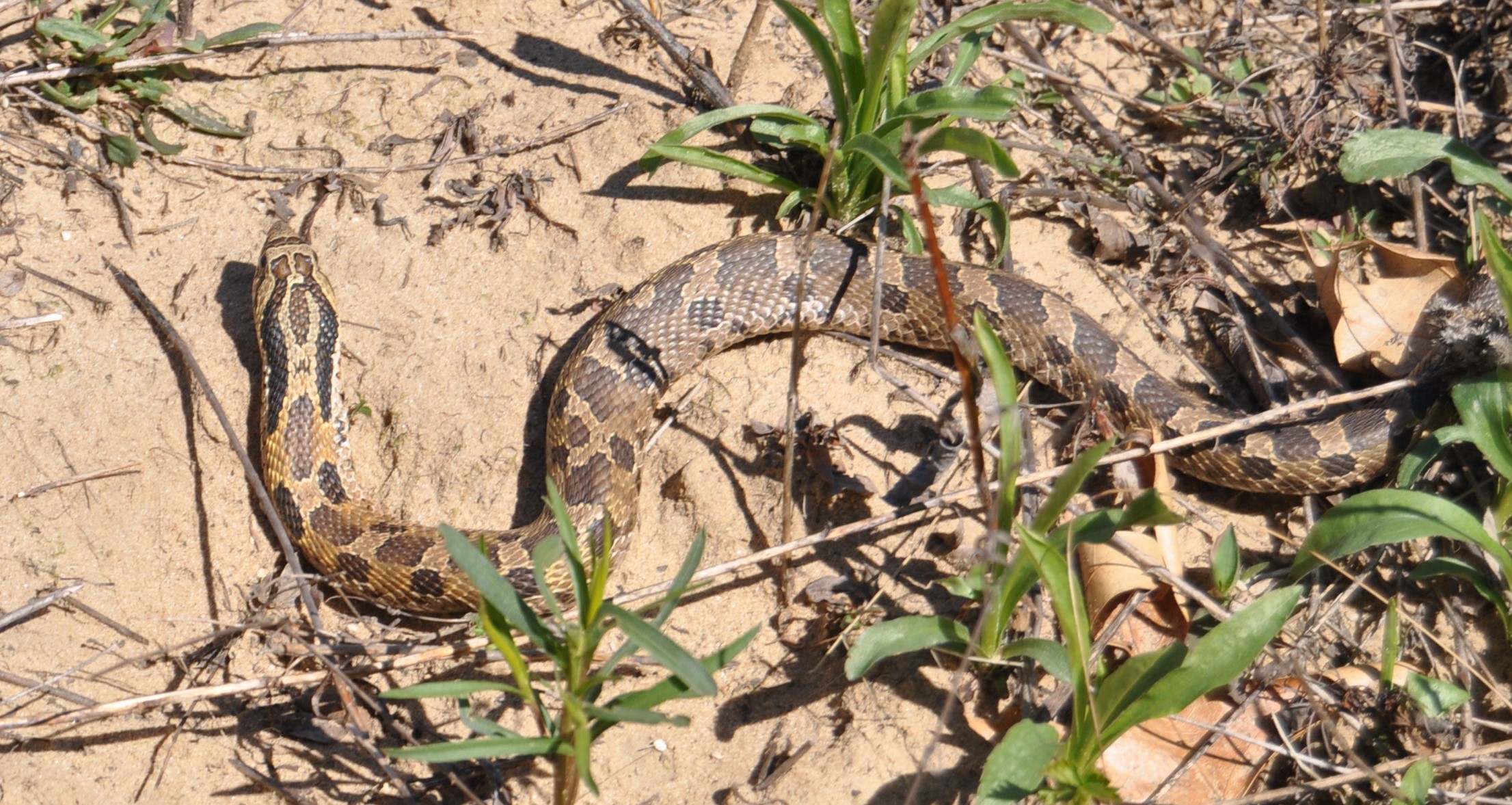 Braidwood Dunes and Savanna includes prairie, savanna and wetland habitats. The preserve is one of the largest and most diverse examples of its type of habitat that remains in Illinois, according to the Illinois Department of Natural Resources.

One of the preserve’s unique features is the crescent-shaped sand dunes, which are remnants of the ancient Lake Wauponsee. The uniqueness of the habitat also means it is home to some rare species — both plants and animals.

Because it’s a sand prairie, unique flora and fauna, including some not discovered anywhere else in the county, can be found there, Ward said. In particular, the preserve is a hotspot for reptiles and amphibians. Among the reptiles known to live at Braidwood Dunes are six-lined racerunners, snapping turtles, eastern box turtles, red-eared sliders, painted turtles, bull snakes, fox snakes, eastern hog-nosed snakes, northern water snakes, western ribbon snakes, plains garter snakes, common garter snakes and blue racers. 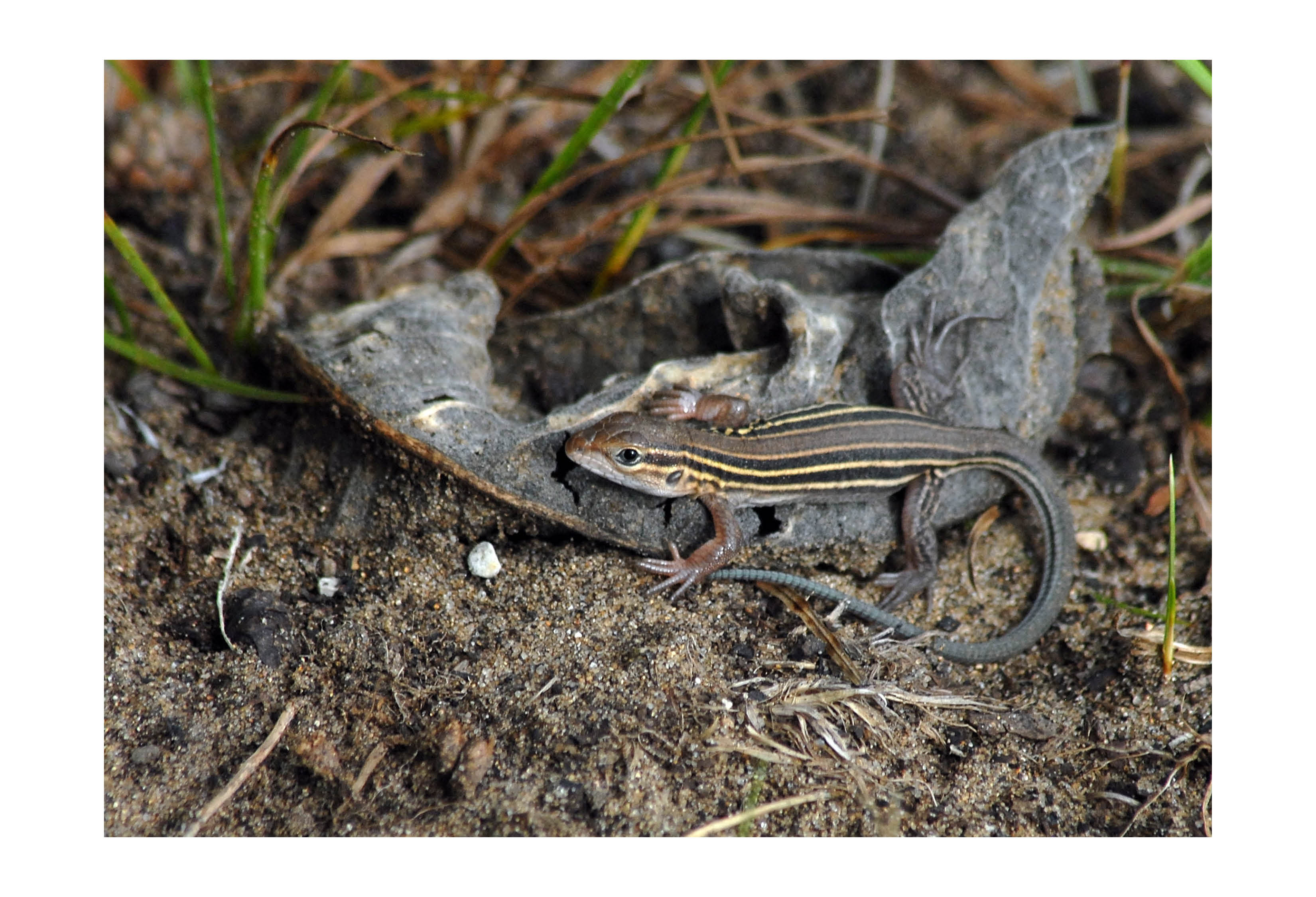 The soil at the preserve makes it a preferred habitat for reptiles, Ward said.

“Sandy soils are easy to burrow into,” she said. “It also drains quickly, making good habitat for animals that prefer drier areas. 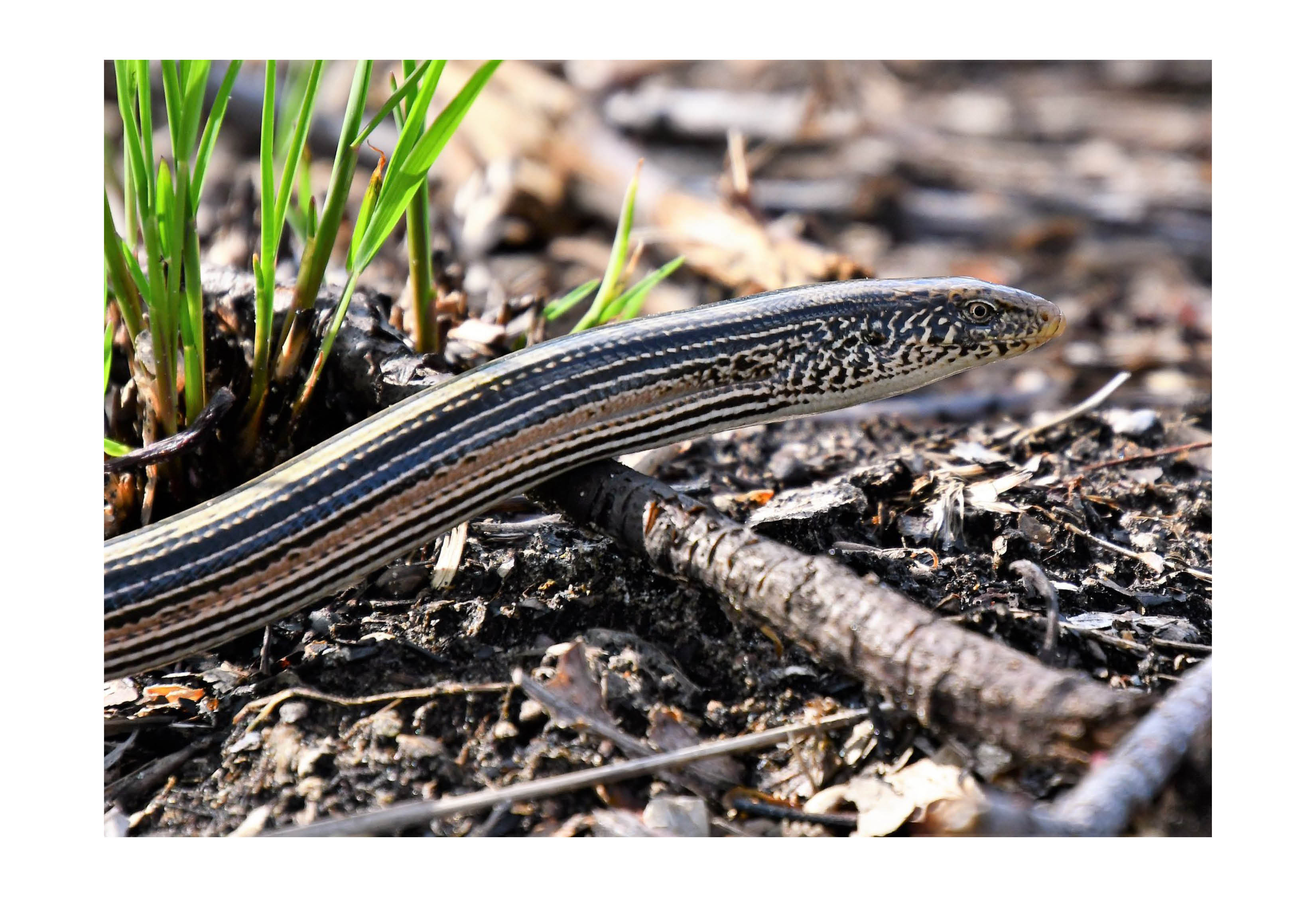 From the plant kingdom, the preserve is home to the eastern prickly pear cactus, one of only three cacti species found in Illinois and the only one that grows in Will County, according to the University of Illinois Extension.

“Prickly pear cactus is probably my favorite plant living in the sand prairie. I mean, it’s a cactus in Illinois,” Ward said. “When you look at the range map, they are fairly common in Illinois, but not so much in our county.”

Prickly pears have a yellow-orange flower that Ward said reminds her of a sunset. At Braidwood Dunes, they typically bloom from mid-June to early July.

“To see (prickly pear cacti), you have to hike the path on the northeast side of the parking lot,” she said. “After about a quarter-mile, it will be growing on both sides of the path.” 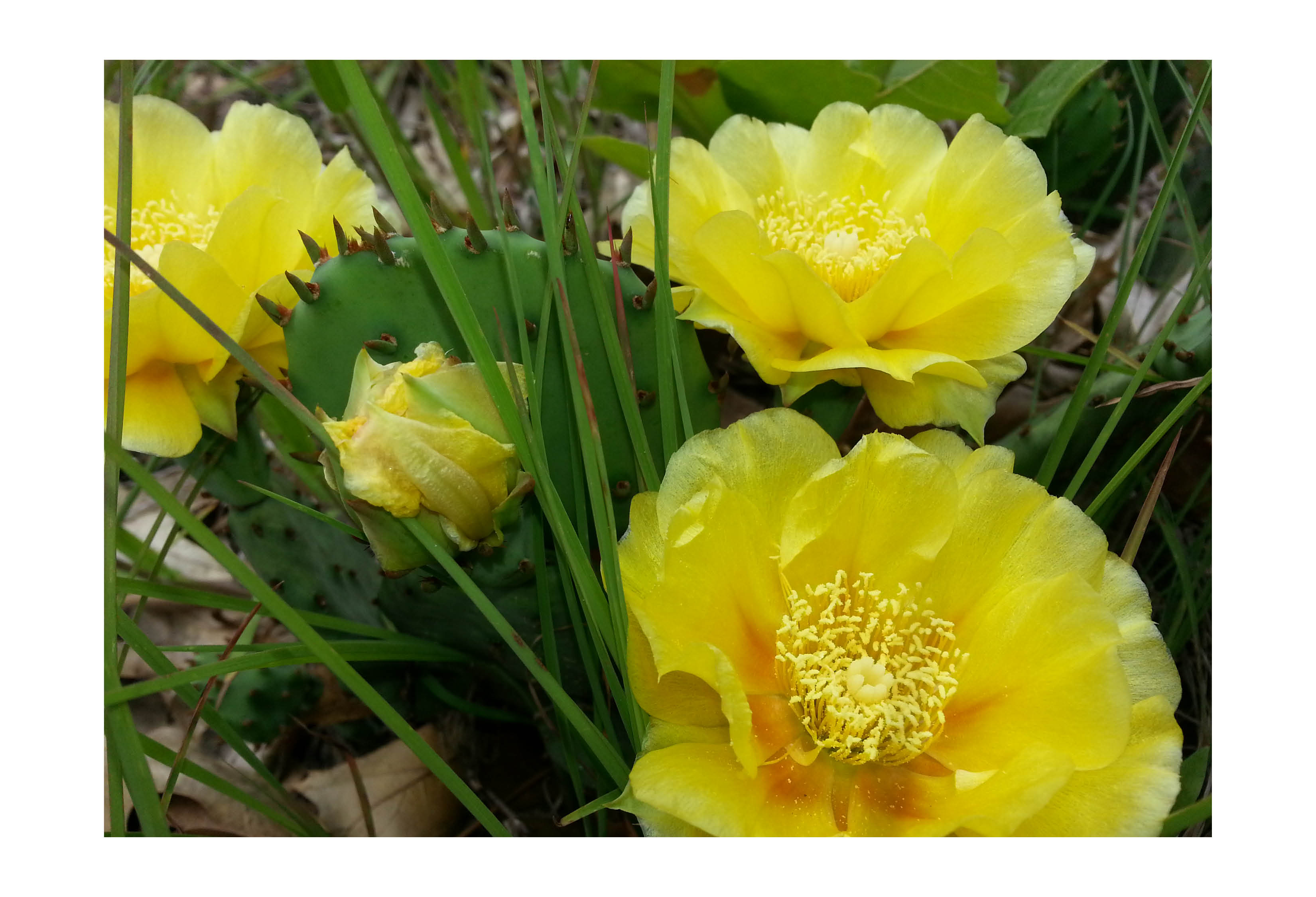 Tubercled orchids also grow in the preserve, a sign of a healthy habitat and an important addition to the landscape because the orchid is listed as state threatened in Illinois. Another unique addition to the flora at Braidwood Dunes and Savanna is sassafras trees, which only grow in the southwest portion of Will County because of the sandy soils.

Sassafras trees are also appreciated for their aromatic fragrance, and because they produce quite a colorful display in the fall, with the leaves turning shades of yellow, orange, red and purple, according to the Arbor Day Foundation. The roots of the tree are used to make tea and also flavoring for root beer. 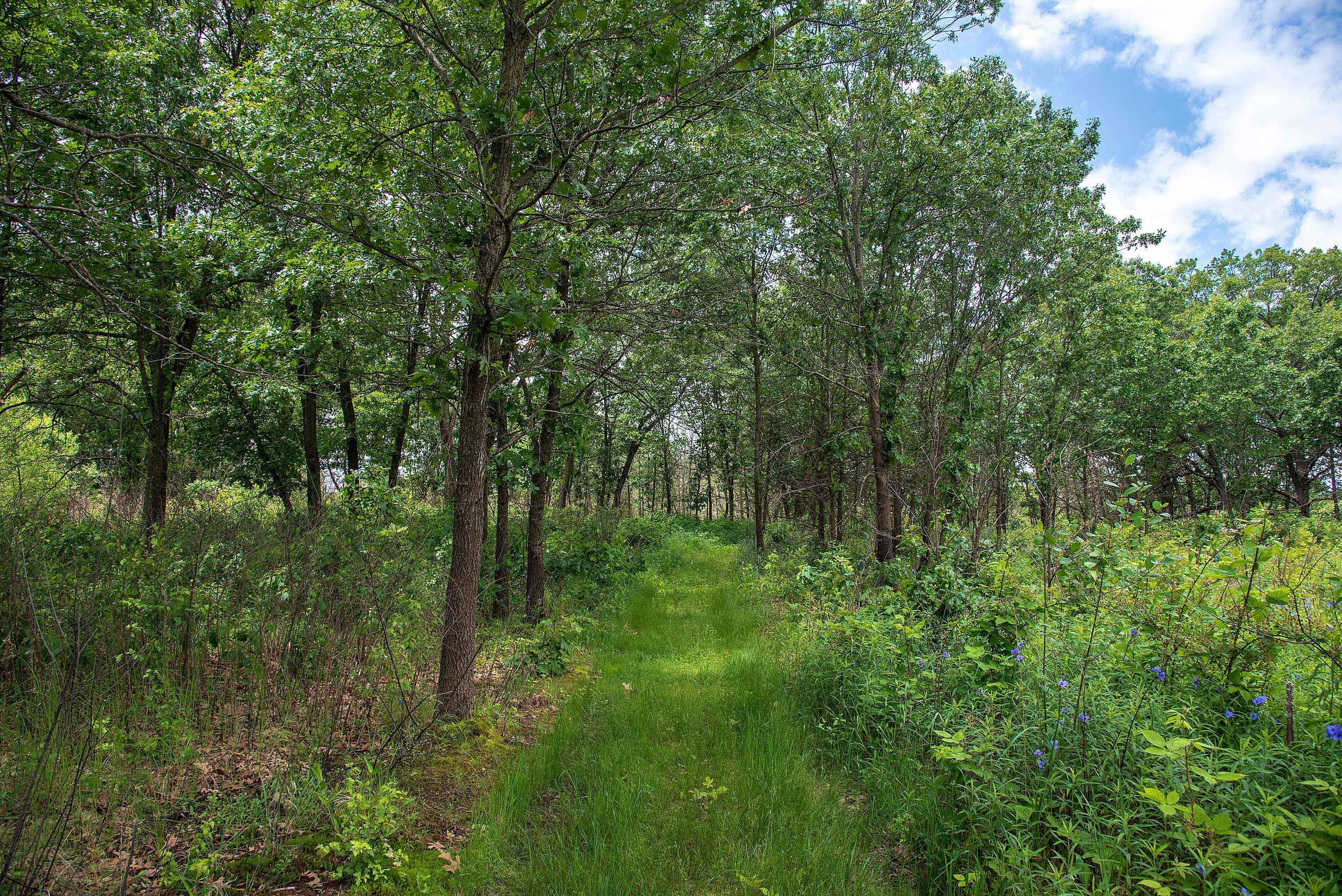 The natural surface trail at the preserve (Photo by Chris Cheng)

The preserve is home to a half-mile, natural surface trail that is ideal for hiking or jogging. Wildlife viewing is another popular activity that can be enjoyed there. More than 30 bird species as well as a variety of mammals can be found at the preserve, in addition to the aforementioned reptiles and amphibians.

Because Braidwood Dunes and Savanna is a state nature preserve, certain activities are restricted by the state to protect the habitat, including biking. Dogs also are not allowed in the nature preserve because of the sensitivity of the habitat.