Decades ago, rivers and lakes weren’t reserved exclusively for nature and recreation; they also served as natural ice factories.

Without modern refrigeration, large bodies of water became giant ice cube trays supplying chunks of chill for a population no longer content to only salt, pickle or smoke food for storage. Prior to the advent of ice harvesting, dairy products, fruits and vegetables spoiled often and ale and beer making could only occur in colder months, according to Erin Ecker, an interpretive naturalist for the Forest Preserve District.

Ice harvesting took off in the 1800s when wealthy Boston businessman Frederic Tudor got the idea that ice shouldn’t be reserved for only the rich. He hired ice cutters, created the Tudor Ice Company and became known as the “Ice King” as he shipped harvested ice to the Caribbean and southern United States.

As Tudor’s plan worked and ice grew more popular, additional ice companies formed and hired workers to harvest ice from rivers, lakes and ponds in the late 1800s and early 1900s. The Forest Preserve District’s Lake Renwick Heron Rookery Nature Preserve was one of the sites where ice harvesting occurred. But it happened almost by accident after Chicago Gravel Co., which had been mining stone out of the area, struck an underground spring that filled the pit with water – creating Lake Renwick. 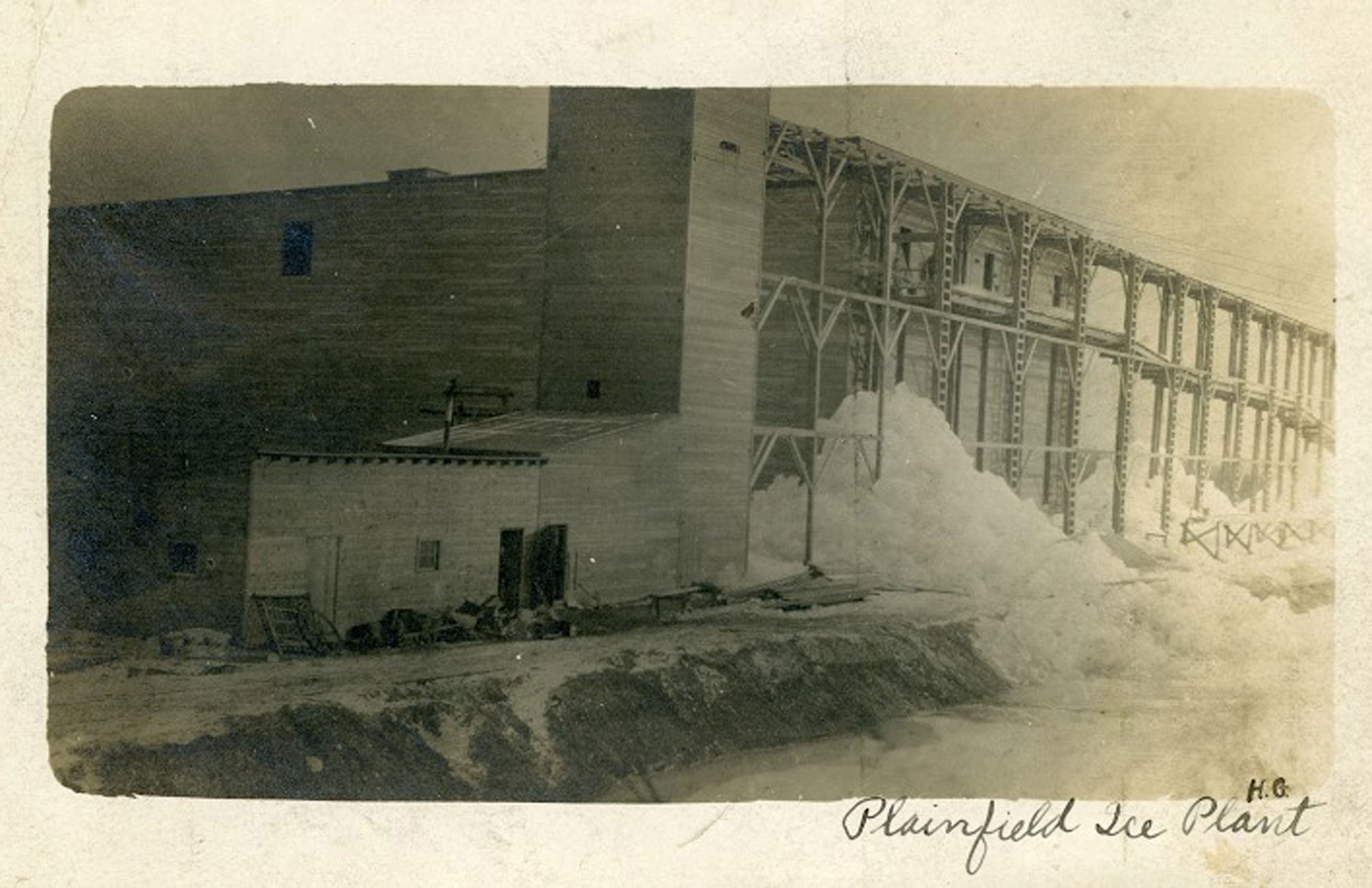 The company turned the newly waterlogged Lake Renwick into a recreational hot spot in summer and an ice emporium in winter, with 25,000 tons of ice being harvested each season. An icehouse was built at the site in 1914 and large blocks of ice were stored there until they were shipped to Chicago. Ice harvesting continued until 1924 when the icehouse was destroyed by fire.

According to the book "A Natural History of the Chicago Region” by Joel Greenberg, ice harvesting became a “winter moneymaker” for the mining company, which continued to mine other areas of the site after Lake Renwick formed. “An early reference says sixteen people were employed in the mining, but 140 were needed to cut, haul, and store Lake Renwick’s ice," the book states.

Lake Renwick wasn’t the only Forest Preserve site where ice cutting occurred, according to Sandy Vasco, executive director of the Will County Historical Society. Ice was harvested commercially from the Des Plaines River, including an area near the Forest Preserve’s Isle a la Cache Museum. And cutting also took place on the Kankakee River where the District’s Wauponsee Glacial Trail ends in Custer Park. Farmers harvested their own ice from Hickory Creek and Rock Run, which run through preserves bearing the same names. 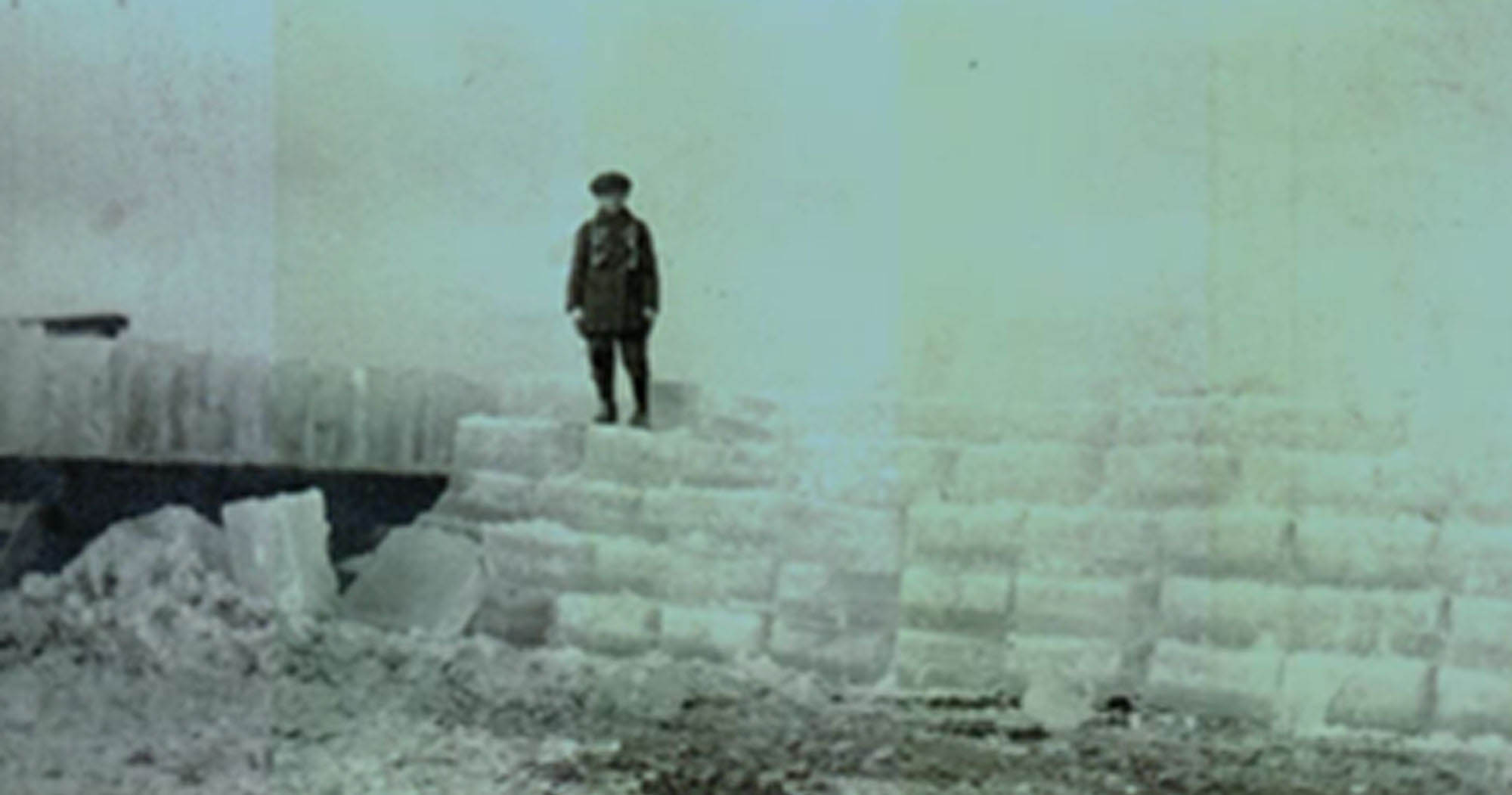 "The ice harvesting process was labor intensive, requiring 20-100 men for one to four weeks. It was necessary first to scrape the snow off ice that was six to thirty inches thick. Then men measured grids on the ice from the river and horses pulled a tool that cut grooves on the grid, usually at 22" x 32" to 44" square. The next step was to cut through the grooves until the blocks broke off and float them down the cleared channel to the chute, where they were hauled up and into the ice house.

"Men used breaking-off bars and one-handed crosscut ice saws to finish cutting the blocks of ice, which they floated or poled down (like a raft) to the ice house. Each block was moved up a chute with hooks to various levels as the ice house filled with layers of ice separated and surrounded by layers of sawdust supplied by lumber mills as an insulator."

The museum estimates that by the late 1800s, there were between 2,600 and 3,500 men working for ice companies. Ice was sold to residential homes equipped with ice boxes made of wood and lined with “zinc, slate, porcelain, galvanized metal, or wood,” according to the museum. Ice also was used commercially by butchers and shipping companies that would transport perishable foods by rail. 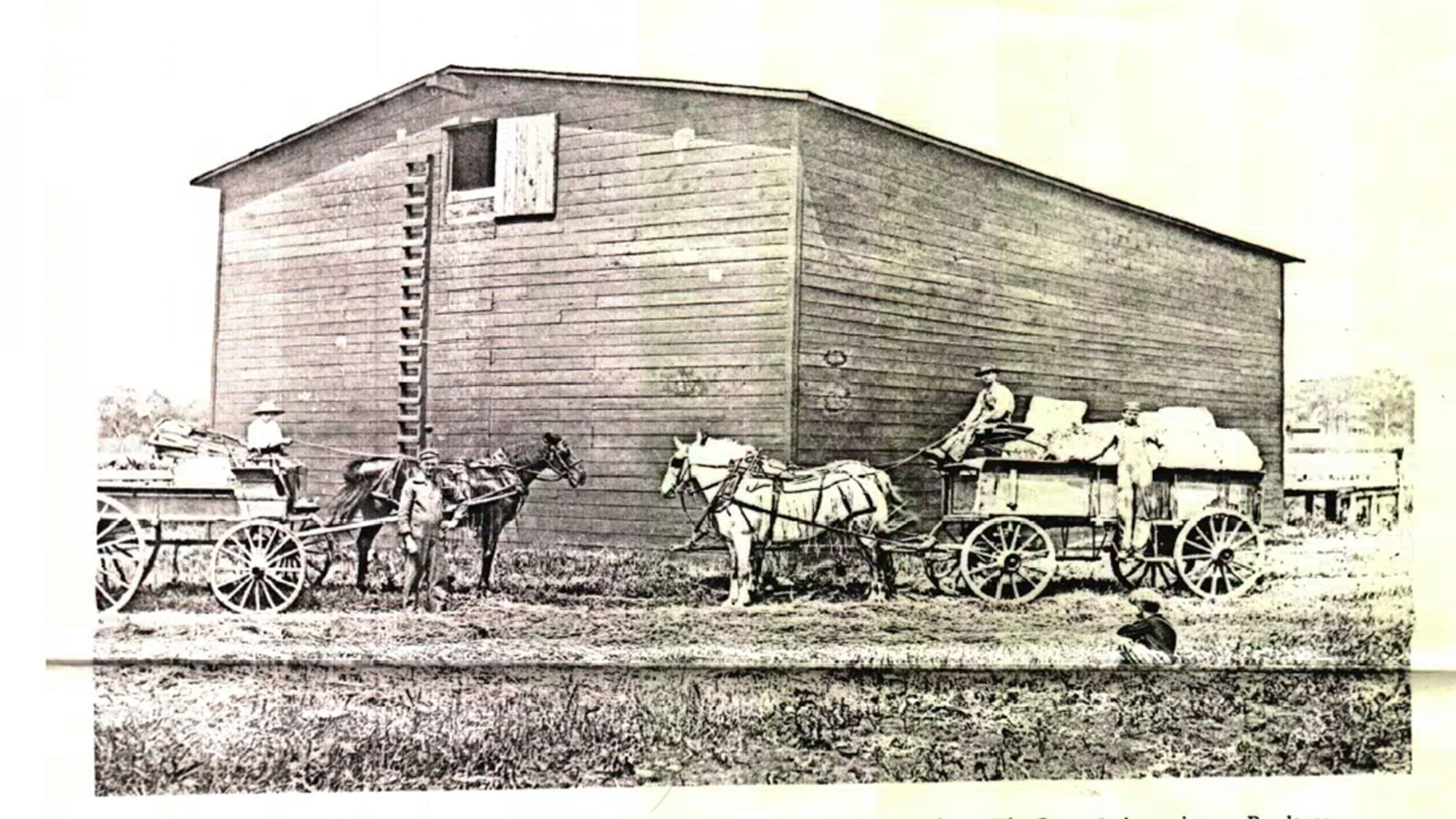 The Upton Ice House was located on Main Street in Plainfield, and stored ice pulled from the DuPage River. (Photo courtesy of the Plainfield Historical Society)

Ice cutters worked 10 hours a day, seven days of the week because the window for ice harvesting was so small, the Forest Preserve’s Ecker explained. It was tough, dangerous work because the ice was cold, slippery and heavy, and sharp tools were needed to harvest it.

The popularity of ice would ultimately lead to the demise of ice harvesting. As more and more people and businesses sought to cool their food and products, inventors continued to tinker with refrigeration, an idea that had been around since the 1700s. The first commercial ice making machine was invented in Australia in 1854.

An unusual mild winter in 1889-1890 that left most icehouses empty gave artificial ice the boost it needed to go mainstream, according to the historical society’s Vasco.

"This convinced shippers of produce that depending on Mother Nature’s bounty was not enough, and mechanical refrigeration soon took over."