Why we need birds

Aside from being fun to watch, they play an important role in the ecosystem

Birds are beloved by many for the joy they bring to our lives. From shorebirds along and in our waterways to raptors soaring overhead to songbirds in our yards and parks, birds are a constant in our landscape, and their antics can be entertaining, educational and everything in between.

RELATED: BIRDS ON THE BRINK

Because they are omnipresent, it can be easy to take them for granted but birds play a critical role in the ecosystem, several roles actually. Here are some of the many reasons we should appreciate and be thankful for birds for more than just the beauty they add to our world.

They are free pest control 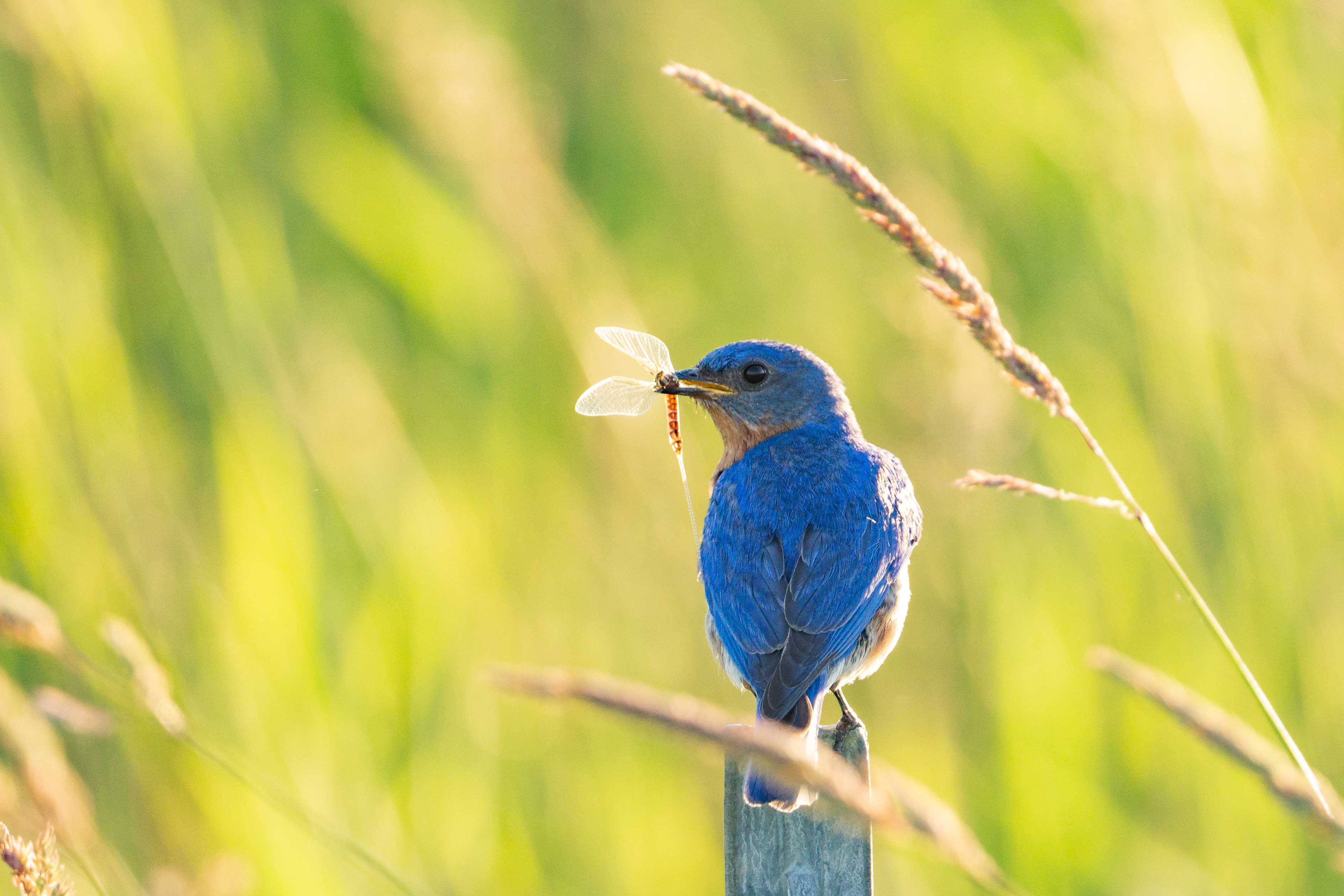 We often think of birds as eating seeds and fruits — it’s what they come to our yards for after all — but many birds also rely on insects for a large part of their nutrition. It’s this part of their diet that does us a big favor in the form of free pest control.

By eating insects, birds help keep the bug populations from becoming too large, so having them nearby is a good thing. All told, birds eat between 450 million tons and 550 million tons of insects each year, USA Today reports. While this helps us around our homes and neighborhoods, it’s also a boon to farmers as well, assisting to control agricultural pests.

It’s not just insect-eating birds we owe a debt of gratitude to. Many raptors — owls, hawks, eagles and falcons — are at the top of the food chain and help keep the ecosystem in balance through their regular hunting activities, according to the Missouri Department of Conservation. Without them, our environment could become overpopulated with some of the creatures they frequently hunt, namely rodents and other small mammals. 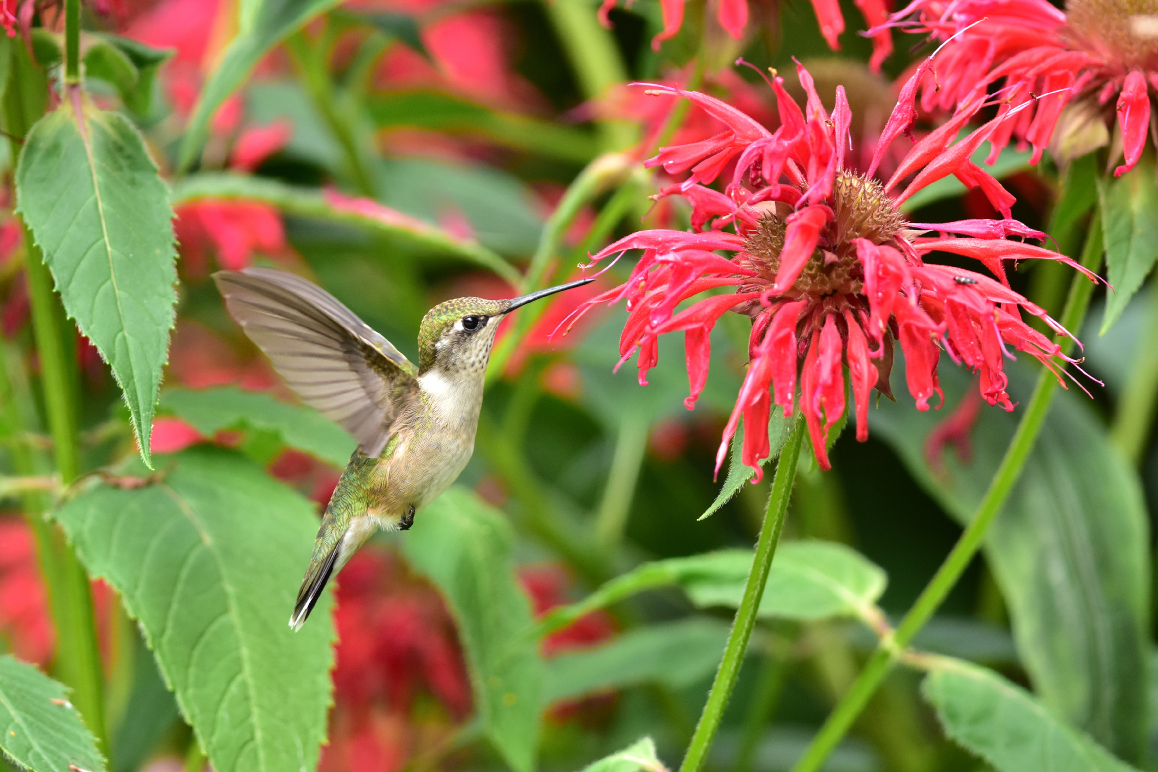 Insects get all the headlines when it comes to pollinating, but other animals contribute to this essential function, including some birds. In the United States, hummingbirds, in particular, are vital for their role as pollinators, according to BirdNote. Other birds that do important work as pollinators include sunbirds in Africa and honeyeaters and lorikeets in Australia.

Hummingbirds typically pollinate flowers that are tubular in shape, or have cups, funnels or tubes and offer strong support for perching, according to the U.S. Forest Service. They prefer red, orange and yellow flowers, and they often visit flowers without a pleasant fragrance because they don’t have a good sense of smell.

How does pollination work? It’s how plants reproduce. When hummingbirds, or any other pollinators, visit flowers, they become covered in pollen. This is incidental. They aren’t there for the pollen. Most often, they are looking for nectar. When they move on to other flowers, they transfer pollen from one flower to the next. When pollen is transferred from the male anther to the female stigma, the plant can reproduce.

Other pollinators besides birds and insects include bats and some reptiles, including some species of lizards, skinks and geckos. Even some large mammals are pollinators. In Madagascar, the black and white ruffed lemur is a pollinator, making it the largest pollinator in the world, according to the U.S. Forest Service.

They work as a cleanup crew 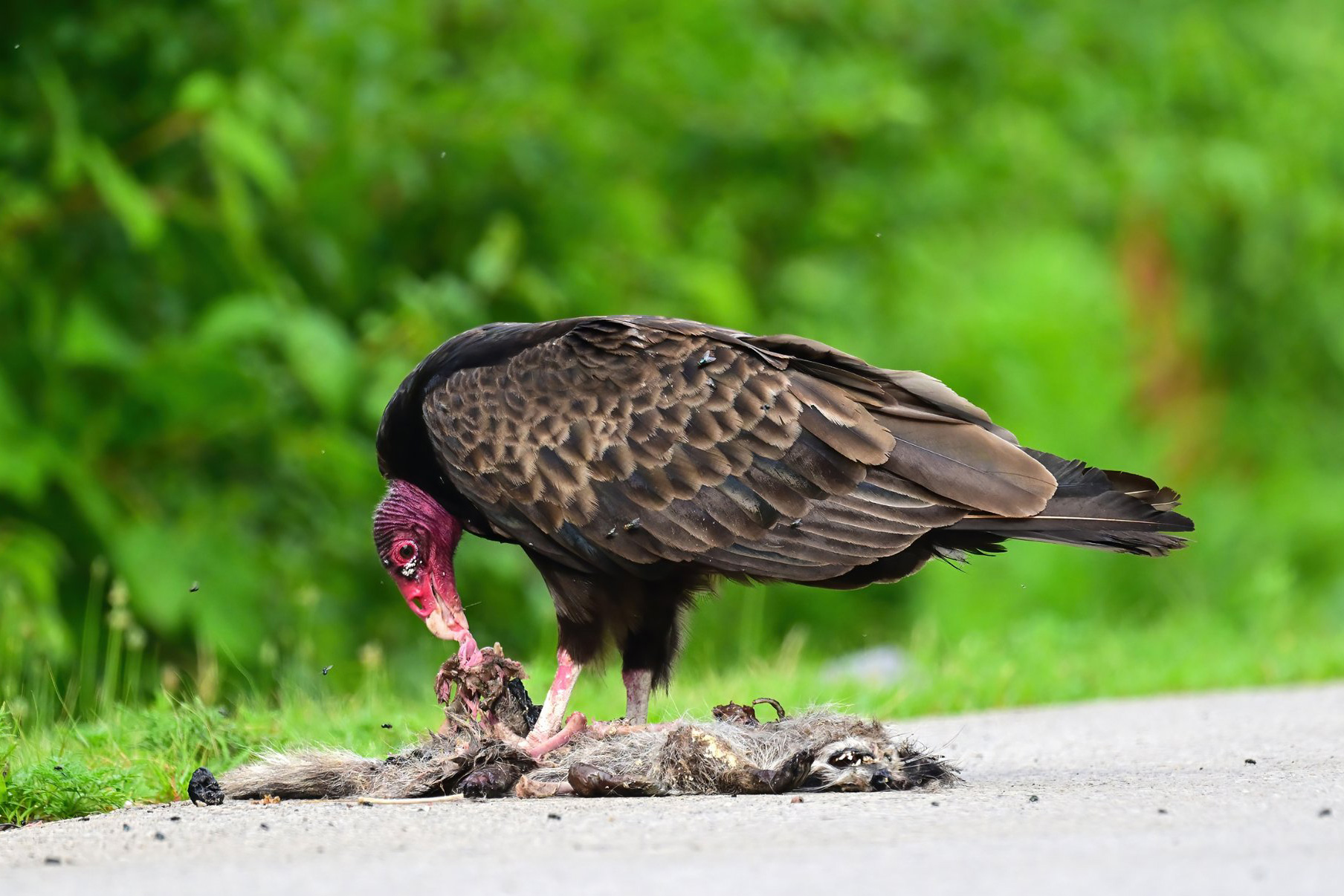 Cleaning up is hard work, but luckily we have birds to thank for doing some of this work for us, in the form of eating animal carcasses. Turkey vultures are the most well-known consumers of carrion in the bird world, but they are far from the only ones. Eagles aren’t above feasting on carcasses, and neither are hawks and many other birds of prey, according to The Spruce. Crows and ravens will eat carrion, as will buzzards and condors, which are related to vultures. Even some gulls and terns will eat meat from dead animals.

As disgusting as this may seem, it’s very useful for keeping the environment clean. Without animals feasting on carrion, these carcasses would begin to pile up, and it wouldn’t just be an unsightly mess. When vultures and other birds feast on dead animals, they also help prevent bacteria and diseases from spreading, according to the Wildlife Rescue League. And just think of the smell if these animals were just left to rot.

They create habitat for other species 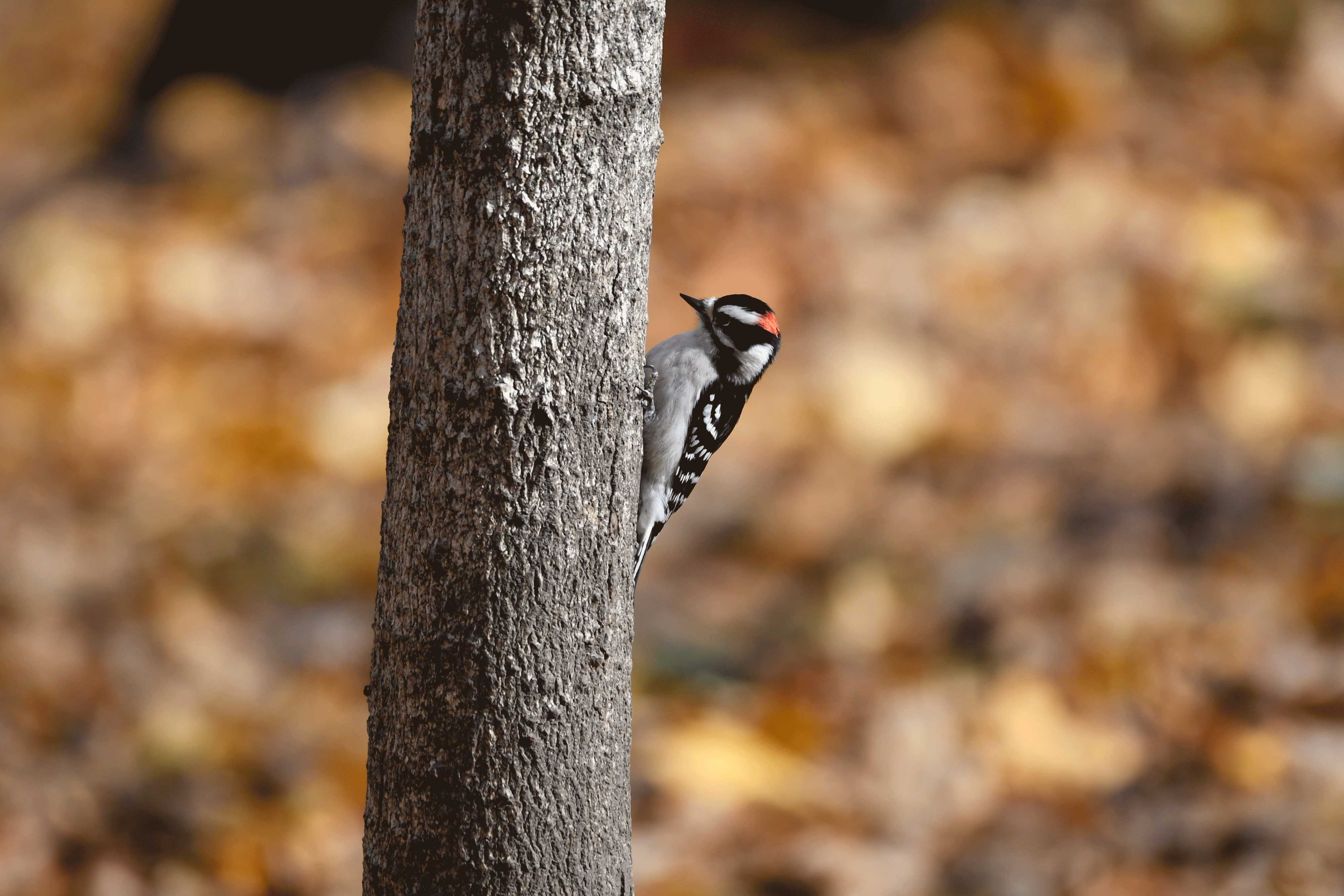 Peek inside a hole in a tree and you’re likely to find evidence that an animal, most often a bird, has used it for a nest. Woodpeckers are perhaps the most well-known cavity-nesting birds, but they’re not the only ones. And it turns out that when woodpeckers abandon a nesting cavity after using it, they’re leaving it in move-in condition for other birds.

When woodpeckers leave behind these nesting grounds for other birds to take advantage of, they’re actually increasing the long-term survival rates for birds like flycatchers, titmice and wrens, according to the National Audubon Society. In fact, among birds, woodpeckers in particular are notable for being an indicator of a healthy environment or habitat. Where you find woodpeckers, you’re likely to find many other bird species as well.

Birds aren’t the only cavity nesters in the animal kingdom, however. When a bird moves out after nesting season is over, any number of creatures may take refuge in it. Peek carefully if you see a tree cavity. You may just find raccoons, opossums, bats and any number of spiders or insects taking advantage of the shelter. 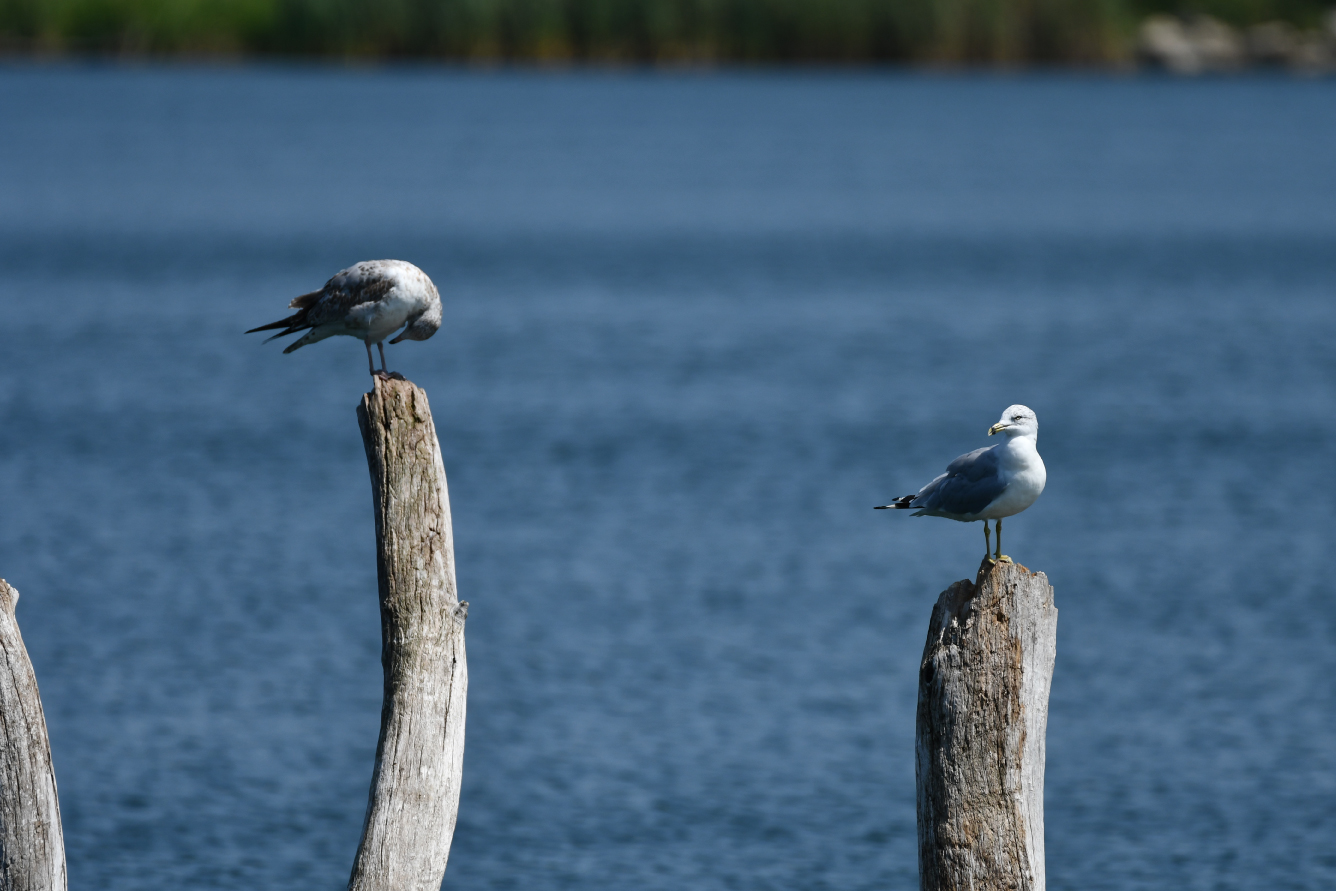 Not all bird poop is created equal, and some, particularly that of seabirds, has a superpower. Because seabirds mostly eat fish and other sea animals, their droppings are particularly effective as fertilizer, according to the National Museum of American History.

This superpower isn’t as useful today as it was decades ago, before commercial fertilizers were commonly available. However, the fertilizing value of bird poop has been so valuable throughout history that at one point Spain started a war over access to large deposits of the poop, also called guano, on the Chincha Islands off the coast of Peru, according to the National Audubon Society.

Bird poop is still big business in Peru, where guano is harvested along the coastline for use as fertilizer, the Washington Post reports. The bird droppings from along the coast are particularly valuable because the birds there eat huge amounts of anchovies. Guano is effective as a fertilizer because it contains phosphorus and other minerals that help plants grow.