If you’ve ever wondered what Illinois’ rolling prairies looked like hundreds of years ago, when grasslands dominated the state landscape, look no further than Hadley Valley.

The preserve is a shining example of how the Forest Preserve District’s restoration efforts can seemingly take land back in time. Today Hadley Valley spans more than 800 acres, and it is the site of the largest habitat restoration effort in Forest Preserve District history. The award-winning work involved stream de-channelization and wetland and wildlife habitat restoration work across 500 acres of the preserve, done in partnership with the Illinois State Toll Highway Authority, Openlands, U.S. Army Corps of Engineers and the O’Hare Modernization Program.

Prior to the restoration, the land was agricultural fields. Restoration work began early in the 2000s, and the first priority was restoring Spring Creek, which runs through the preserve, said Juli Mason, restoration program coordinator for the Forest Preserve District. That work was a technical challenge because crews were tasked with both restoring the creek to its original state as much as possible while also making it larger to accommodate needs based on today’s population and land usage in the area.

She said the creek’s current path is close to its original flow based on research and aerial photos that were able to be used as a guide. During the initial work on the site, Mason recalls walking through a dense shrub thicket and stumbling on an area that she soon realized was the creek bed from the original creek. That original creek bed was then able to be incorporated into the new creek.

“It was really cool to be part of the process as water started flowing again,” Mason said. 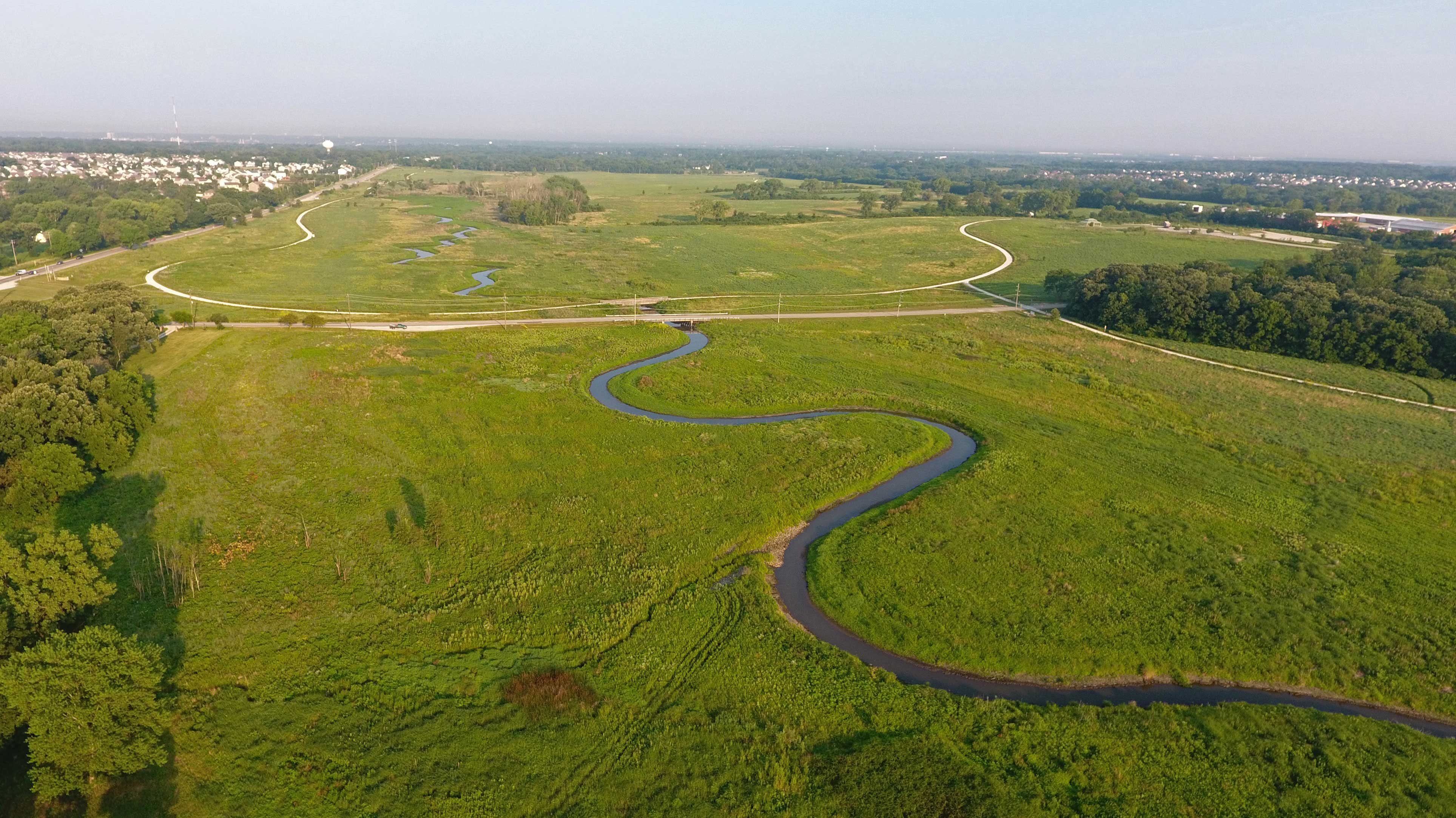 Once the stream work was complete, work turned to the preserve’s flora and restoring the native prairie and savanna habitats. This work was more straightforward, and something the District’s restoration crews have a lot of experience and expertise in, Mason said.

The first step is to restore the hydrology, which on agricultural land typically involves removing drain tiles and other artificial drainage. Next up is spreading and planting seed.

The goal is to incorporate the native plants that would have been growing on the land in decades and centuries past. “We have a fairly good idea of what was in prairies and savannas historically,” Mason said. 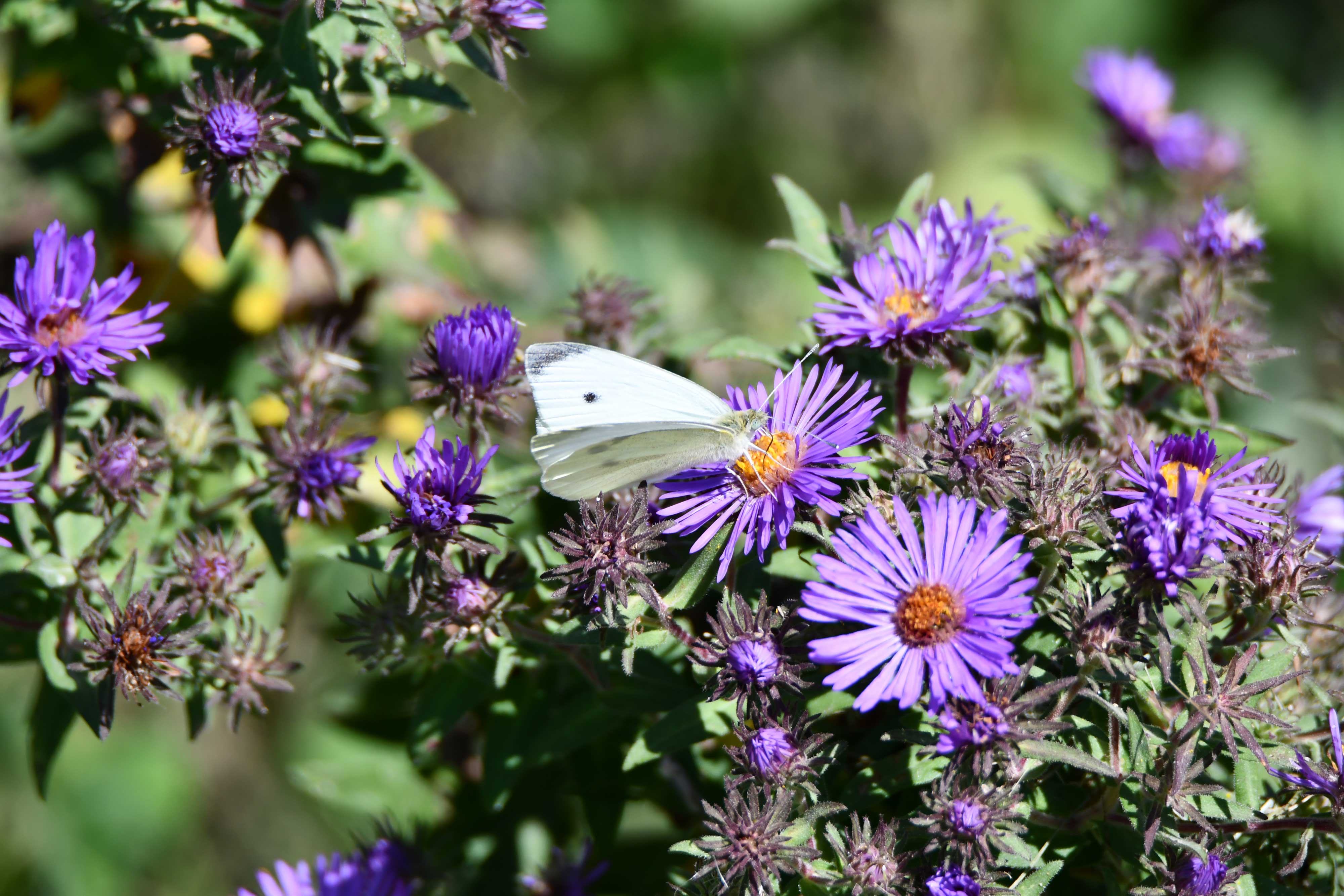 Restoring land on such a large scale is quite an undertaking, and seed was mostly spread using tractors and other equipment, much like modern farmers use to seed their fields.

Once the seed is spread, the transformation at Hadley Valley was gradual, taking about three years for the full extent of the restoration to really start to shine, Mason said.

“It kind of looks awful for a while, but it’s just a stage,” she explained.

And even though the hard work of the initial restoration is complete, it’s far from over. Today, the District continues to manage the land at the preserve to keep it in its desired state. That work includes prescribed burning as well as invasive species control. Without continued management, the preserve land would eventually be overtaken by woody invasive plants, Mason said. 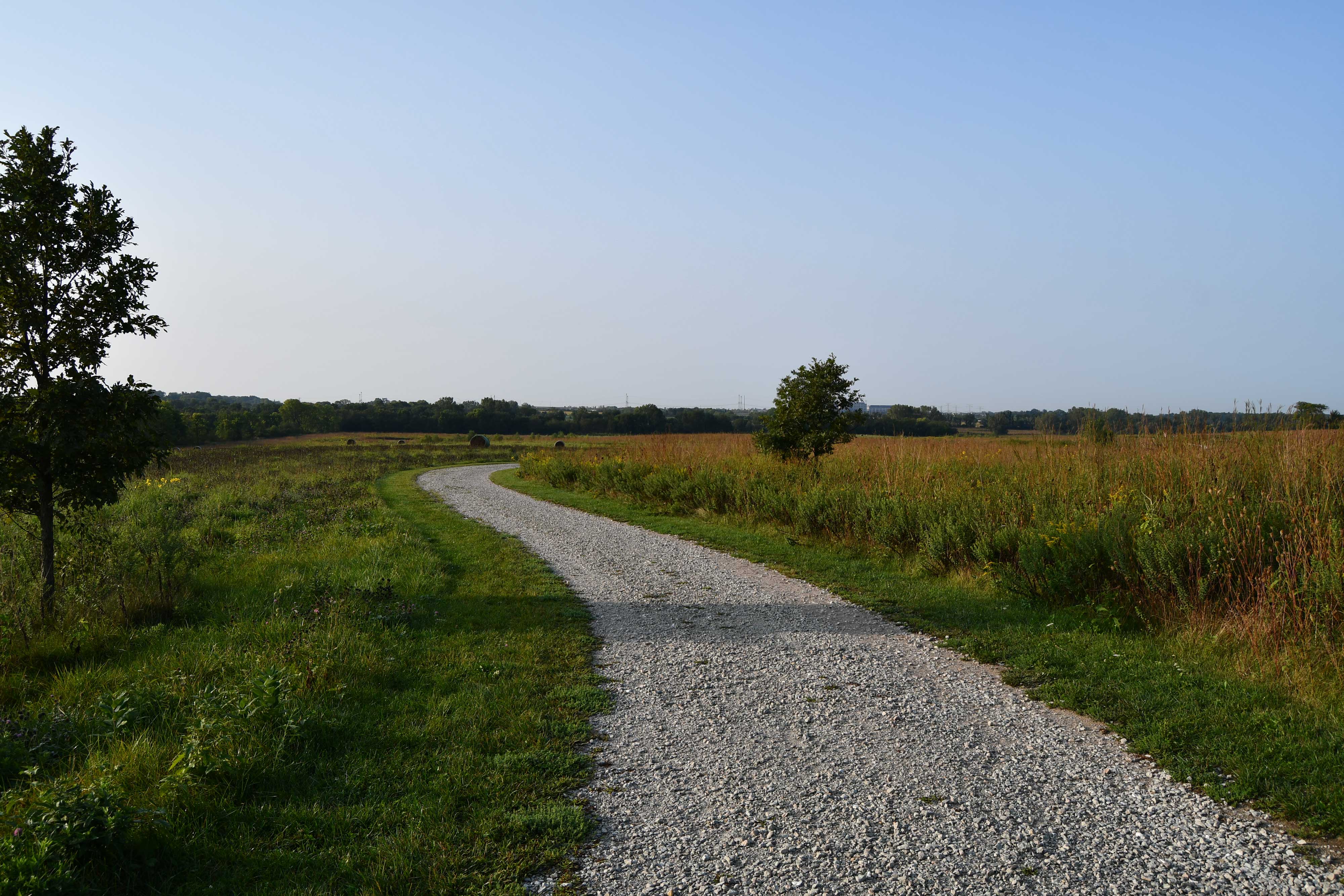 The pernicious nature of woody invasives is not unique to Hadley Valley, she said. Most of the District’s properties would be overtaken by these plants if not properly controlled and managed. Of particular concern at Hadley Valley, however, is the Callery pear tree. That requires a lot of attention, although Mason said they have developed new treatment plans to better control the invasive tree.

In recent years, the Forest Preserve District has been able to acquire new parcels of land to add to Hadley Valley’s acreage with the help of grant funding. Those parcels are at various stages of the restoration process.

“At this point at Hadley Valley we have experience to rely on,” she said. “We’re not starting with a completely new preserve.”

Hadley Valley is home to hundreds of species of insects, birds, aquatic invertebrates, fish, mammals, amphibians and reptiles. The plants at the preserve are mainly a result of the restoration.

Mason said they know what kind of plants would have populated our prairies centuries ago based on historical records and research. Sometime the District’s own preserves even help with this research. Take Vermont Cemetery Preserve. A 1-acre portion of this preserve has been designated as a state nature preserve, and this small parcel of land may be one of the only plats in the entire county that has not been disturbed by grazing, farming or development. That makes it particularly valuable for studying what the prairies of yesteryear would have looked like, Mason said.

“We are absolutely making a best guess, but we have a good idea of what would have been here,” Mason said of deciding to what to plant in the restored prairie at Hadley Valley.

The plants aren’t the only nod to the area’s history at the preserve. Even its name is a recognition of the past. The name Hadley Valley was chosen because Hadley was the name of the area’s first post office, a reference to Hadley, Massachusetts, where some of the area’s earliest settlers from the east came from. 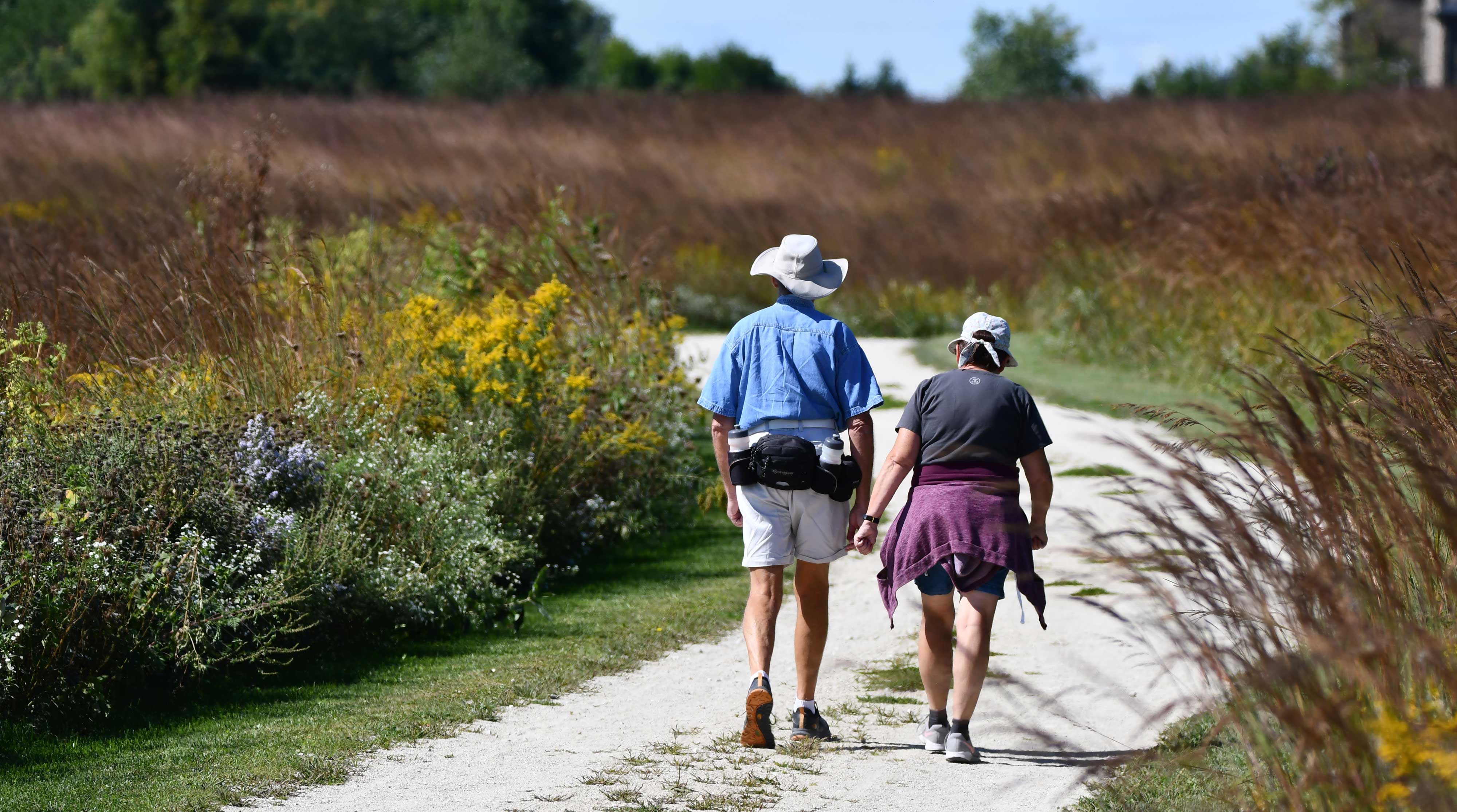 The trail is suitable for a variety of outdoor pursuits, including biking, hiking and running and, in the winter, cross-country skiing and snowshoeing. It’s also one of just a few District trails where horseback riding is permitted, and the preserve also includes parking for horse trailers at the Gougar Road Access.

Hadley Valley has two picnic shelters available for public use. The Gougar Road Access Shelter can accommodate up to 100 people and is available for rental. The shelter at Bruce Road Access can be used by groups of 25 of less on a first-come, first-served basis.

Throughout the year, Hadley Valley plays host to a variety of Forest Preserve programs, from bird hikes to bike rides. To check for upcoming programs at the preserve, visit our Event Calendar.

CHECK OUT ALL UPCOMING EVENTS