Some animals spark joy and delight, others are so ordinary that we barely pay them any attention. One uniting fact about animals, though, is that they all are vital to the healthy habitats and ecosystems all around us.

That fact — the concept that every creature plays an important role in the natural world — may make it easier to appreciate, or at least tolerate, all animals big and small. And with that in mind, here’s some fun facts and related information to help you appreciate the more common and ordinary animals that populate Will County. 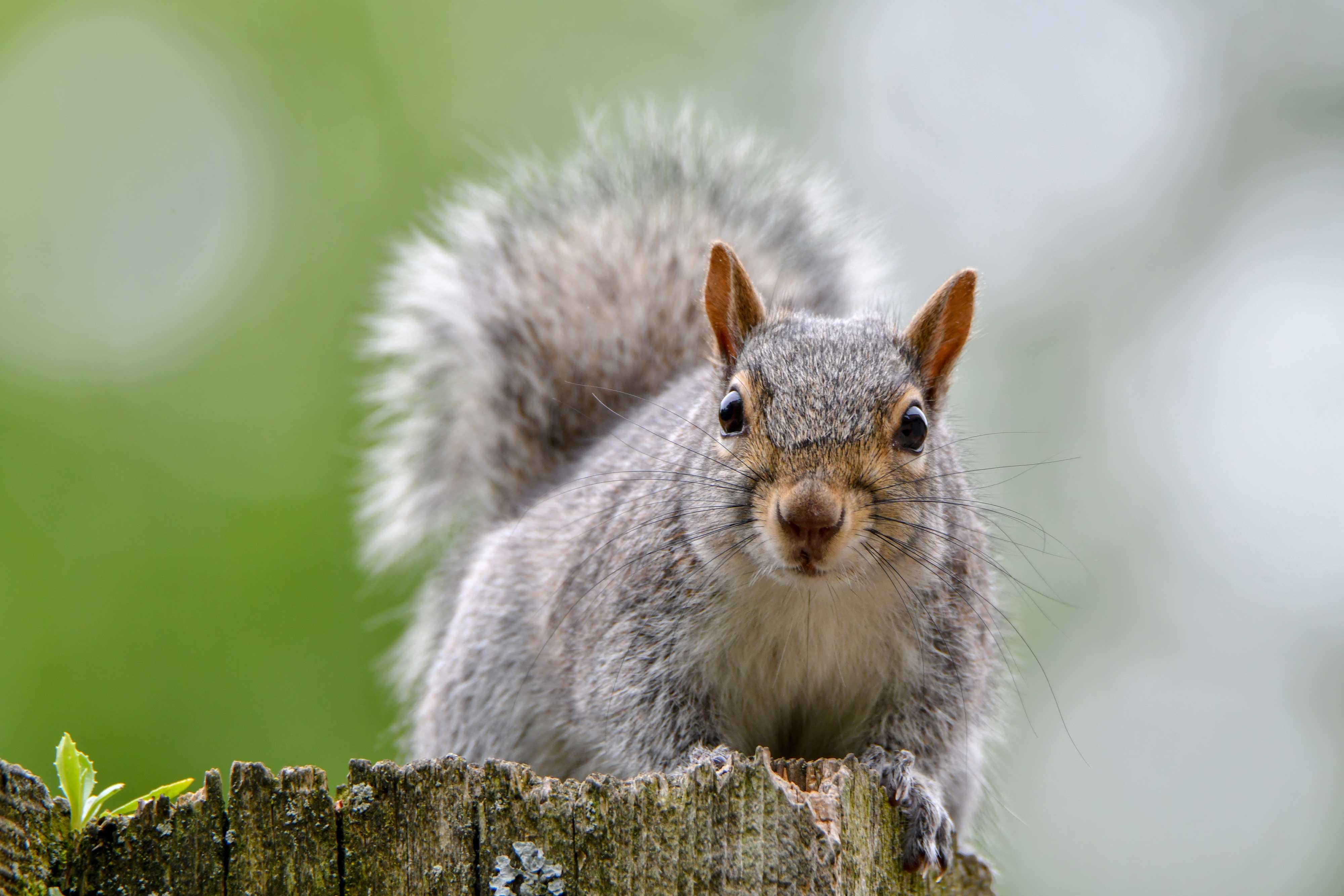 If you live in an area with trees, squirrels are probably an almost everyday sight. Their normal behaviors, though, can be quite beneficial to us. That’s because when squirrels bury their nuts and seeds, they don’t always remember where they left them. And when they fail to return for them, those nuts and seeds can turn into new trees and plants.

Studies show that squirrels may not recover as much as 74 percent of the nuts they bury, the New York Times reports. And sometimes all that digging and burying is just for show. If they think they are being watched, squirrels will sometimes pretend to bury a nut to throw a potential thief off the scent. 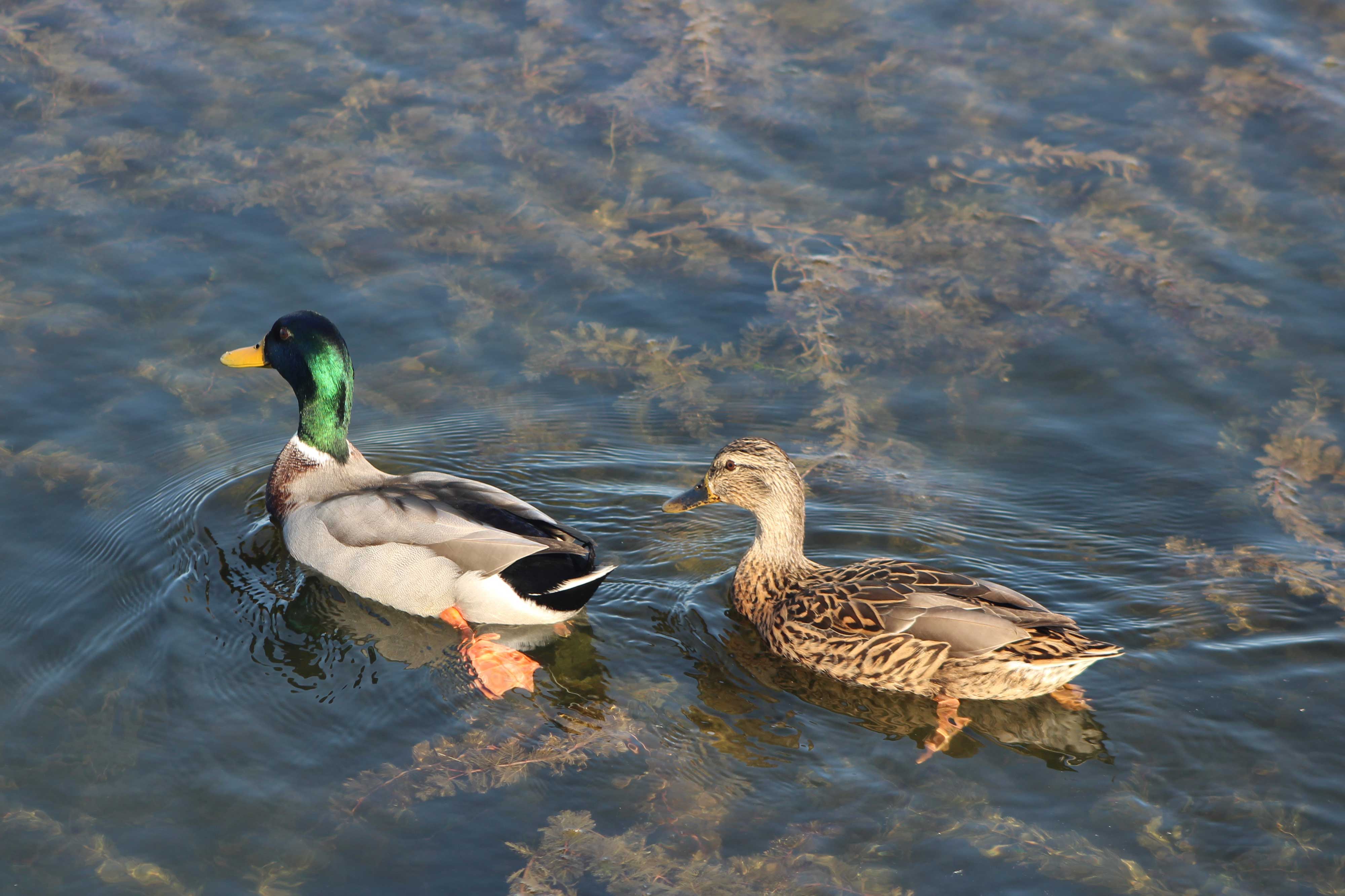 We learn as young children that cows moo, pigs oink and ducks quack, but not all ducks actually quack. The quack most people think of when they think of a quacking duck is the sound female mallards make, according to the Cornell University Lab of Ornithology. Male mallards don’t quack at all; instead, they make a much quieter, raspy sound.

Mallards and some other female dabbling ducks are the only ducks that quack, The Spruce reports. Other ducks have a variety of vocalizations they use, including barks, growls, grunts, groans, hisses, honks, squeaks and whistles. The sounds ducks make have different meanings, and their courtship sounds are different than those they use in times of stress or when fighting off an attack or intruder. 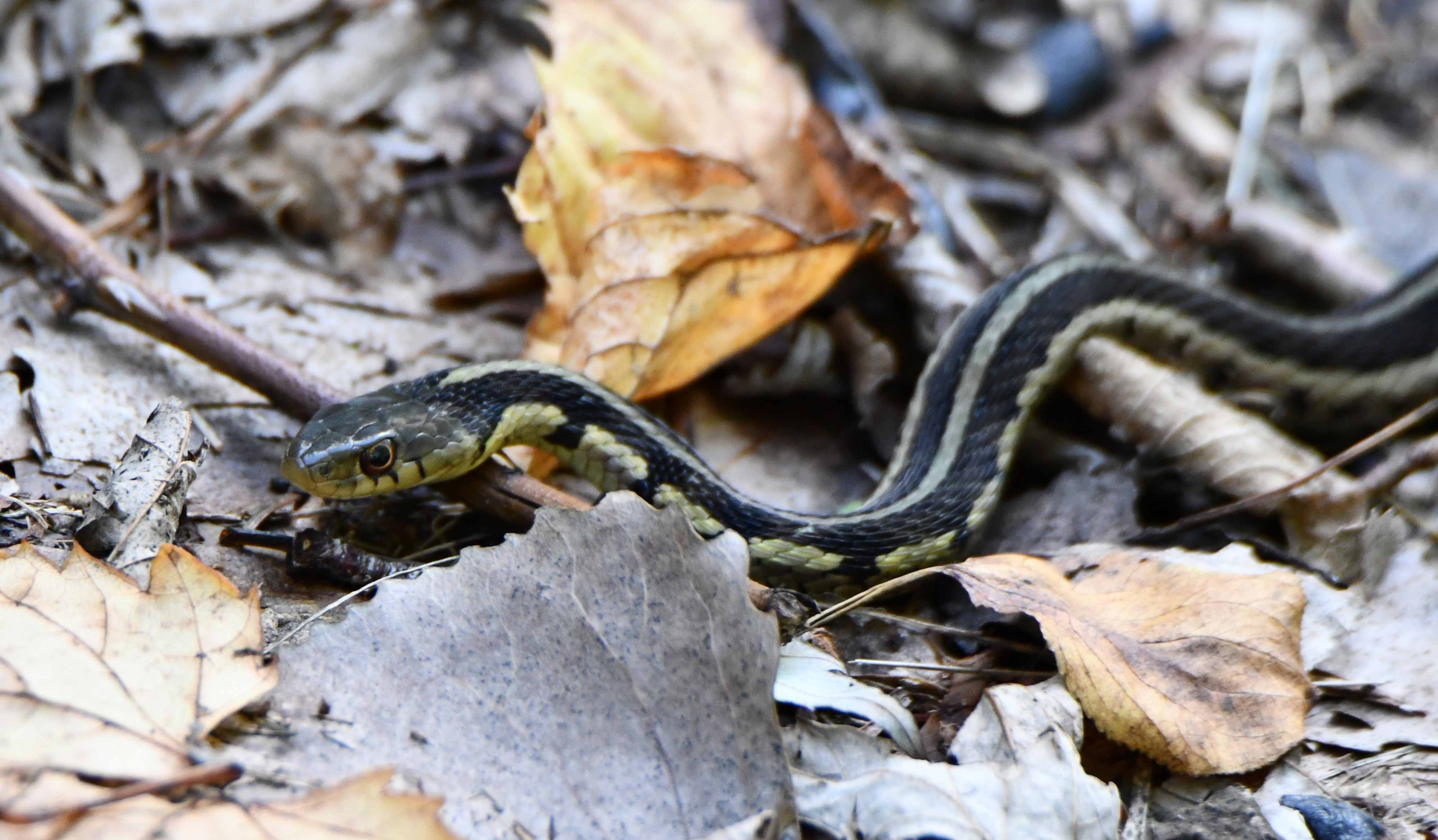 The common garter snake is the most common snake in Illinois, and it’s one snake many people can easily identify. But the appearance of these snakes can actually vary greatly both in color and in their markings.

Garter snakes can be brown, gray, black or olive green in color. They usually have three stripes running the length of their bodies, but the stripes can vary in color too. Some have yellow stripes, while others have white, blue or green stripes, according to the University of Michigan’s Animal Diversity Web. In some garter snakes, the stripes can be very faint, while others may not have them at all. And some common garter snakes have rows of dark spots that run next to the stripes, giving them more of a checkerboard appearance. 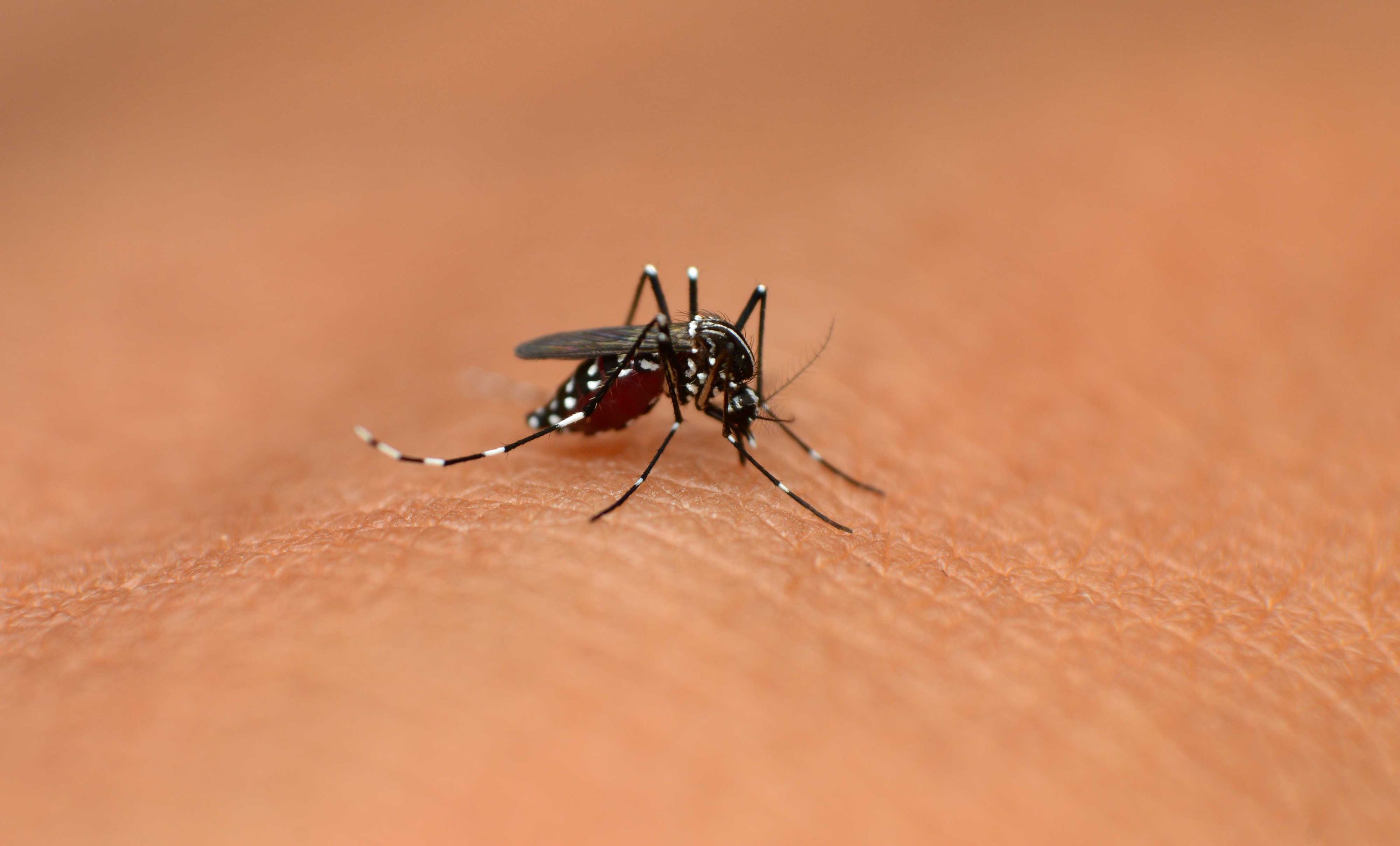 Is there a creature on Earth more pesky than the mosquito? Maybe not, but not all “skeeters” are equally pesky. Only female mosquitoes bite, according to the U.S. Centers for Disease Control and Prevention. Those bites can be dangerous, though. So much so that the mosquito is the most deadly animal in the world, with hundreds of thousands of people a year dying from mosquito-borne illnesses.

Females bite us — and other animals — because they need our blood to produce eggs. Female mosquitoes do not rely on blood for their own nourishment. Both male and female mosquitoes eat plant nectar and other plant sugars, National Geographic reports. 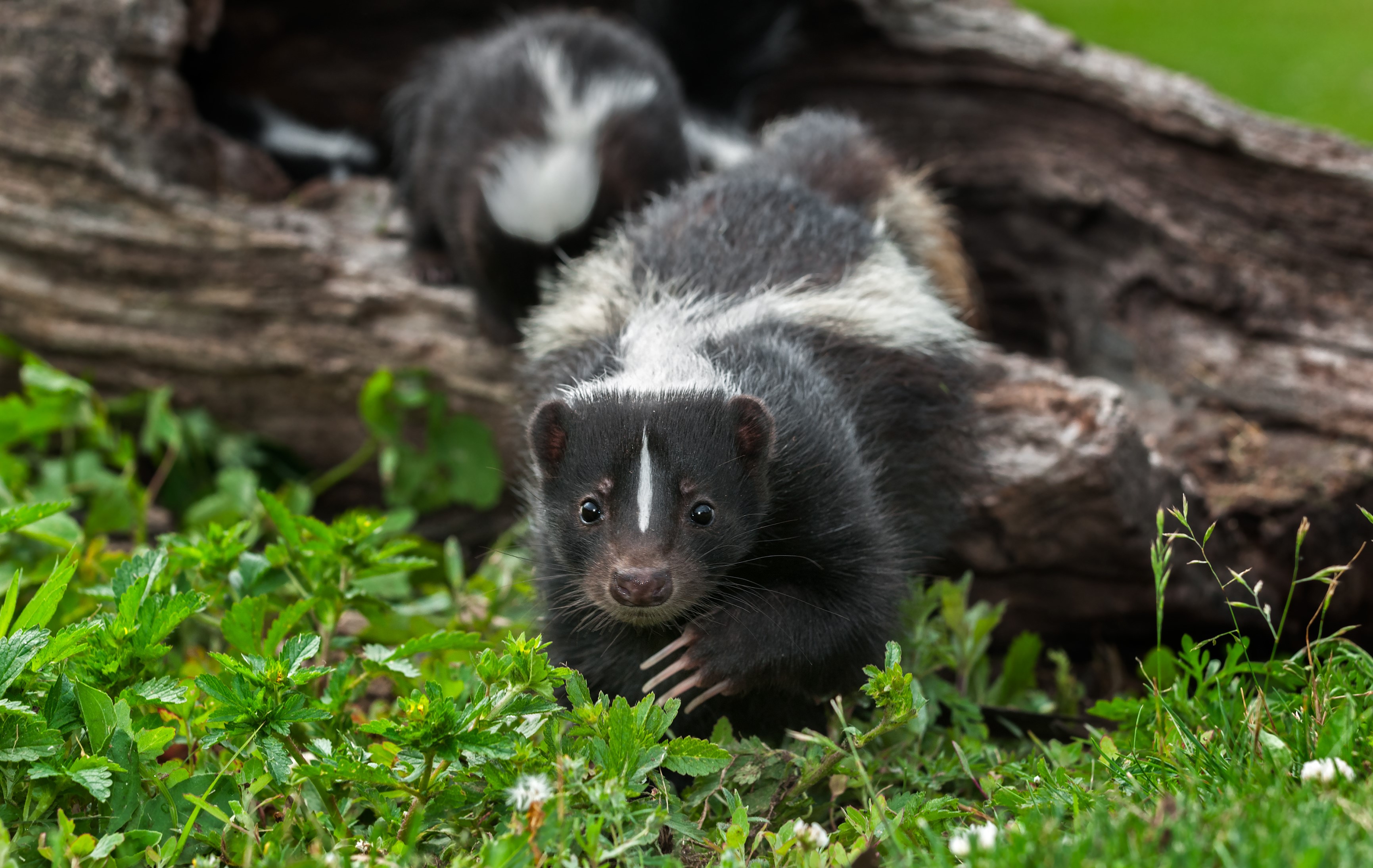 When you think of skunks, one thing immediately comes to mind — that noxious spray they use as a defense mechanism. However, they’d rather not use the spray and rely on it only as a last resort. Why? Because they don’t have an unlimited supply to rely on.

When a skunk must unleash its spray to protect itself, it has enough for five consecutive discharges, and each blast of the oily secretion can travel a distance of 15 feet, according to Mass Audubon. However, once they’ve exhausted the supply it takes about 10 days for it to be replenished, making them more vulnerable to potential predators and other perceived threats.

Before emitting that foul-smelling spray, skunks will lift their tails, stomp their feet and hiss and growl in warning, according to the National Wildlife Federation. When all else fails, skunks will turn around, raise their back legs and let it rip with that noxious spray. 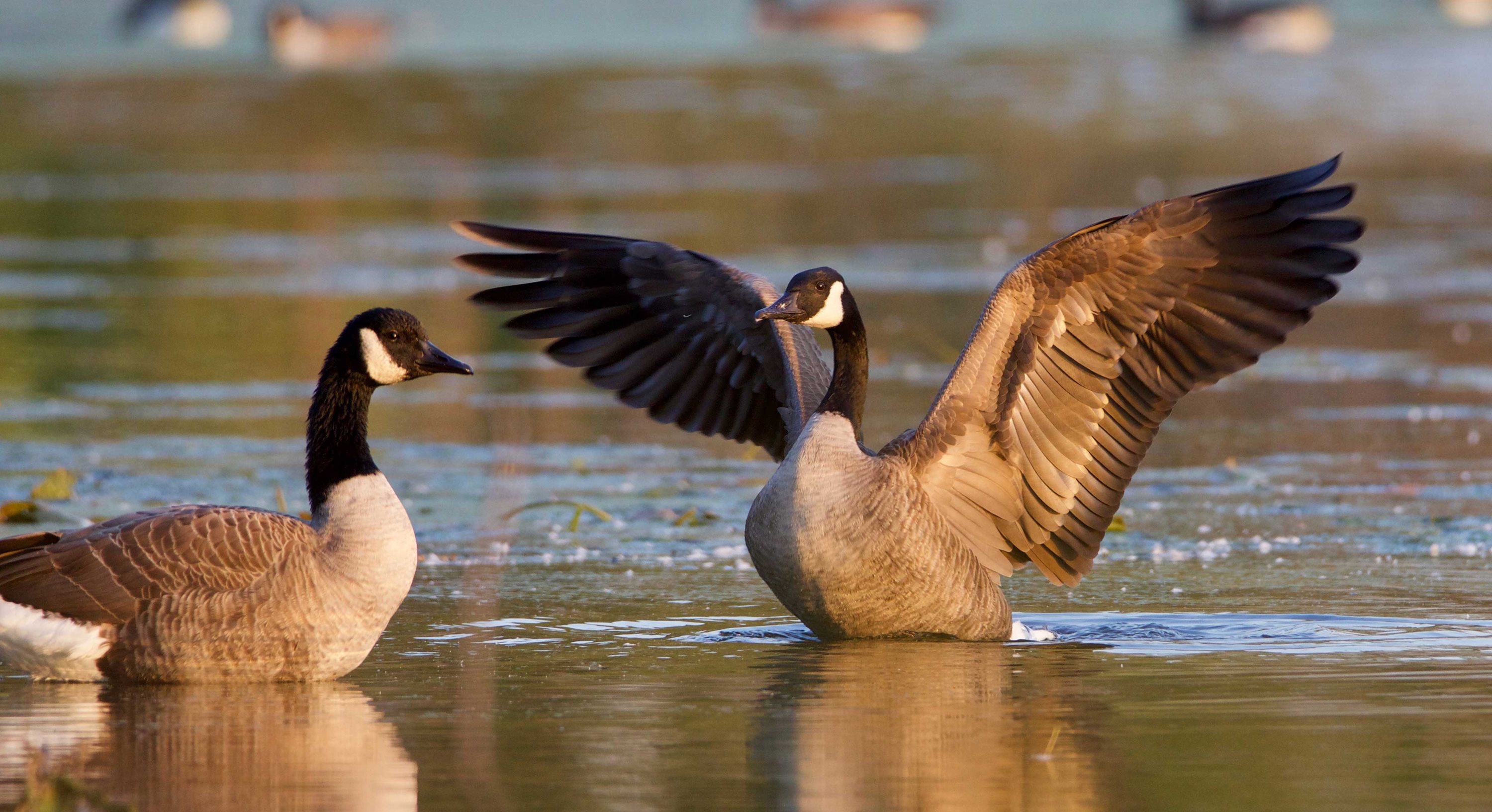 Canada geese are among the most ubiquitous animals in northern Illinois, and they probably don’t make too many people’s favorites list. Instead, many people view them as a nuisance — noisy, messy and, sometimes, mean.

Despite these undesirable traits, Canada geese do have some interesting behaviors as well. First, they mate for life, according to the Iowa Department of Natural Resources.  And they are selective about their mate, choosing a partner that is about the same size as them, a practice called assortative mating. 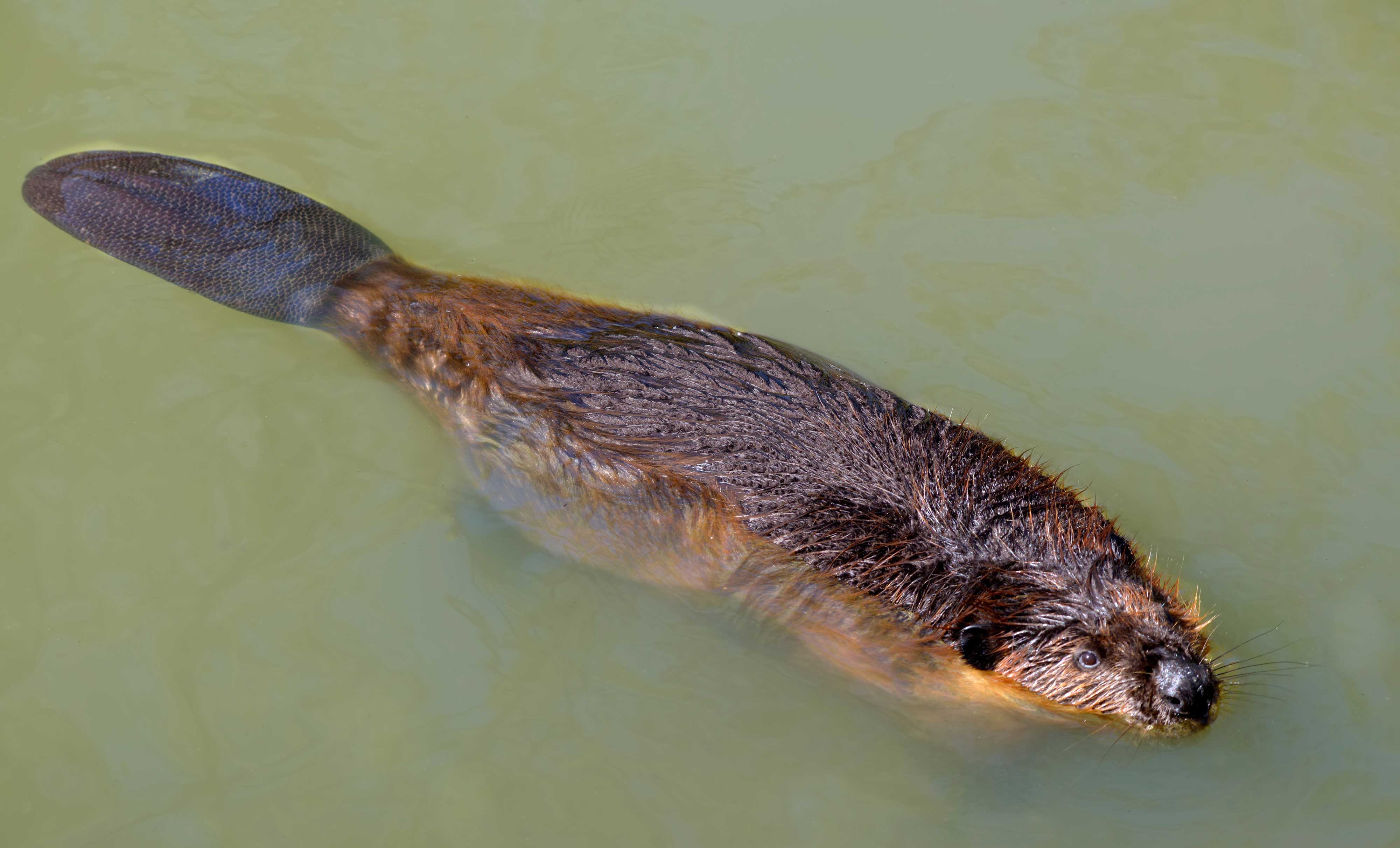 In the animal kingdom, only humans are better than beavers at manipulating their environment, and for that beavers have earned their reputation as nature’s lumberjacks.

Beavers use the trees and tree limbs they laboriously cut down to build dams, which in turn allows ponds to form where they can build lodges to live in, according to the National Park Service. And it’s not just beavers who benefit from these dams. They also create wetland habitat for a multitude of other species, including birds and fish.

Building a beaver dam is hard work, but it’s often an ongoing project. The largest beaver dam in the world, at Wood Buffalo National Park in Alberta, Canada, has been a work in progress for decades. Today, the dam is more than a half-mile long and is so large it can be seen in satellite images taken from space, according to Parks Canada. 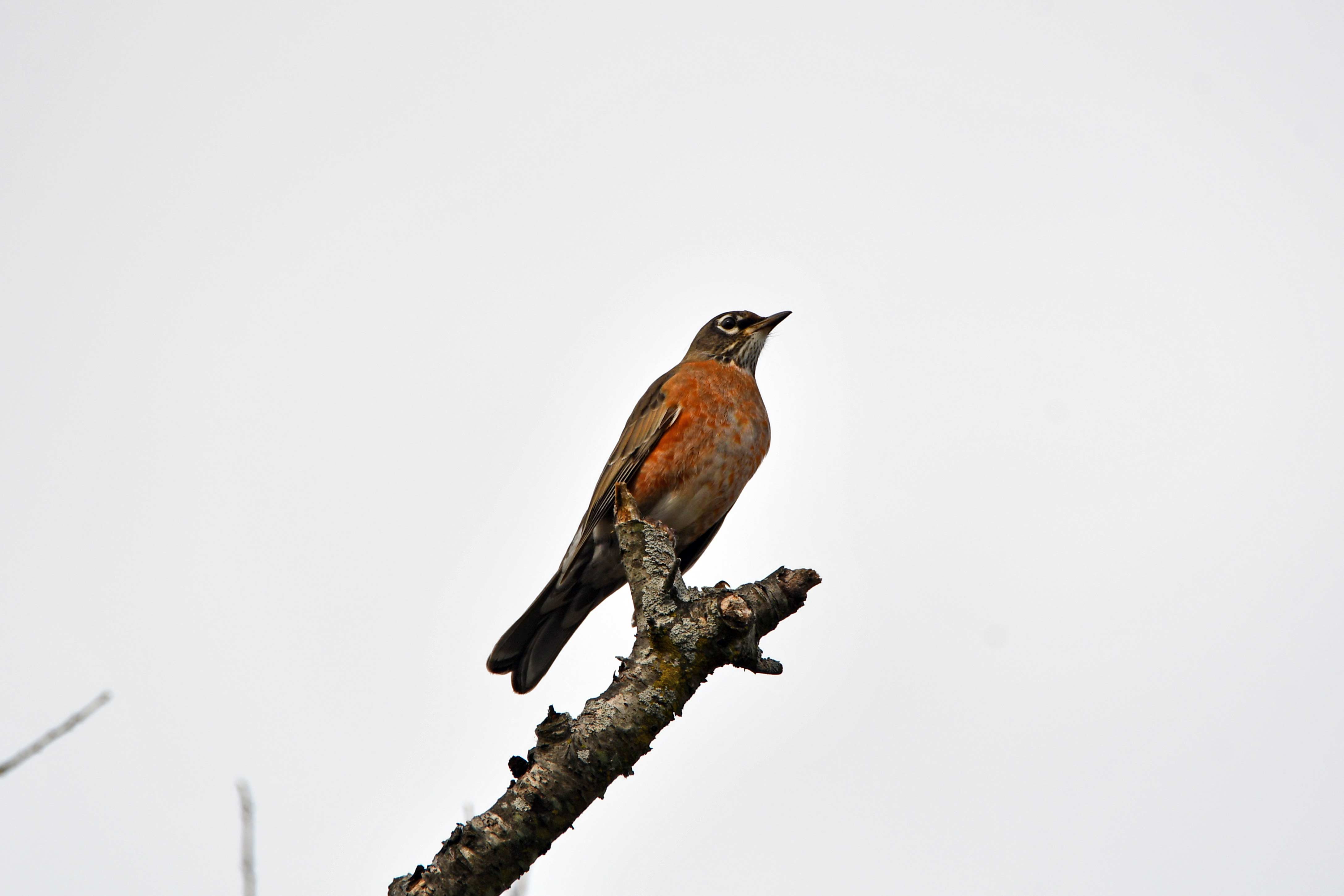 Perhaps nothing is considered a greater harbinger of spring than the robin. In reality, though, robins are here in Illinois year-round, according to the American Bird Conservatory.

Some robins migrate south for winter, but many stay in the north year-round. In fact, robins have been spotted in every U.S. state except Hawaii and all the southern Canadian provinces in January, the conservancy reports.
In northern climes, robins adapt their behavior and diet for winter. They switch from eating insects to more fruits and berries. They tend to gather in flocks that stay more hidden away, and they remain mostly silent in winter.

So it is still true that we can consider the sight of a robin a sure sign of spring, but it’s not only because they’ve returned from warmer destinations down south. This may be true of some birds, but we also see them more in spring because they change their behavior as the weather changes, and that makes them more visible to us. 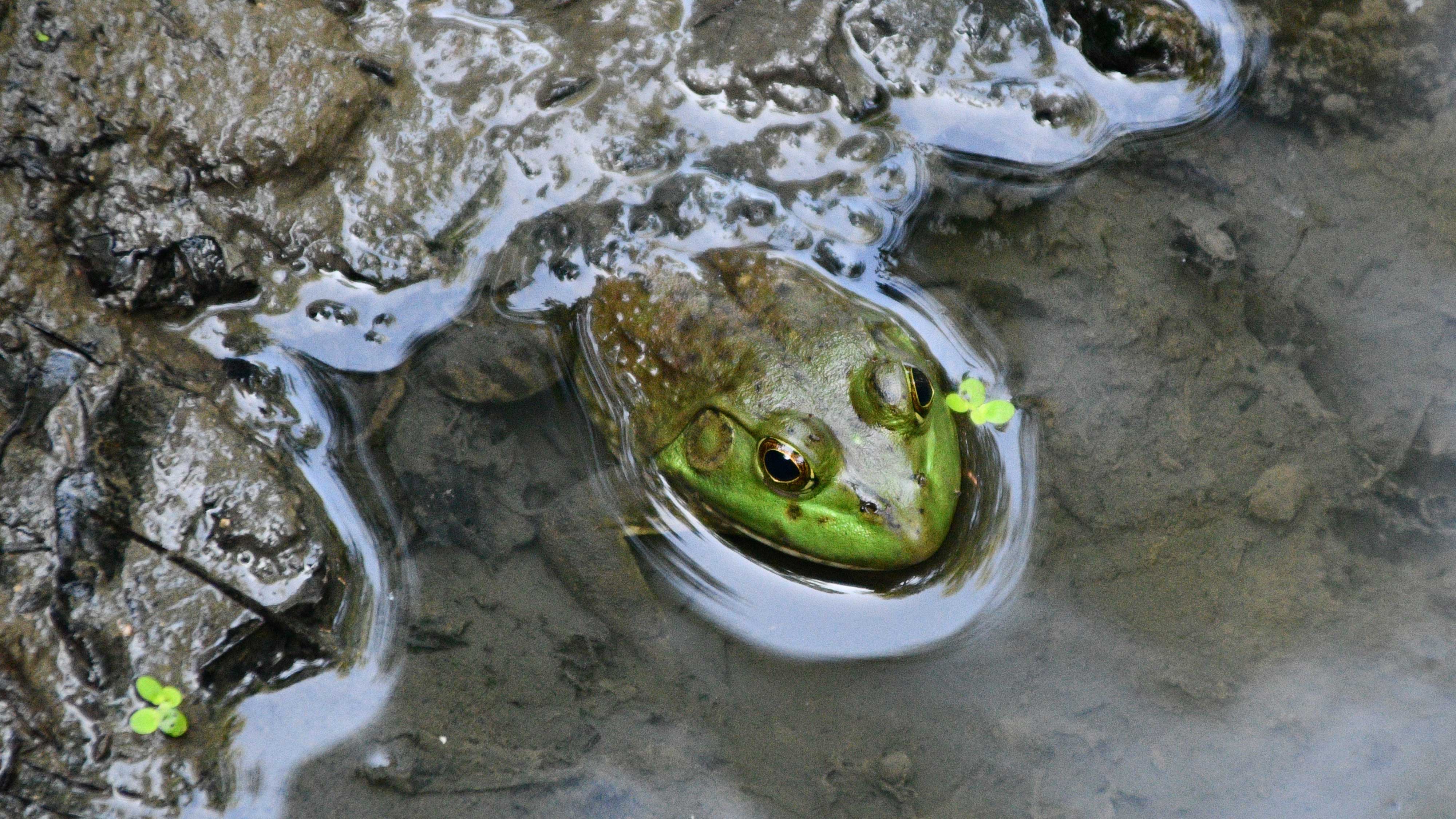 If you see a big frog, it’s a safe bet that it’s a bullfrog — the biggest frog that lives in the United States. They can grow to be about 6 inches long and weighing between 1 and 1½ pounds. Frogs are known for their excellent jumping skills, and most frogs can jump about 10 times their body length, IDNR reports. That means bullfrogs can jump about 60 inches.

One of the most impressive things about bullfrogs is their lack of a discerning diet. They will eat pretty much anything that moves — including baby ducks, small mammals, snakes and even other bullfrogs. Their typical foods, however, include insects, worms, tadpoles and the eggs of aquatic animals. 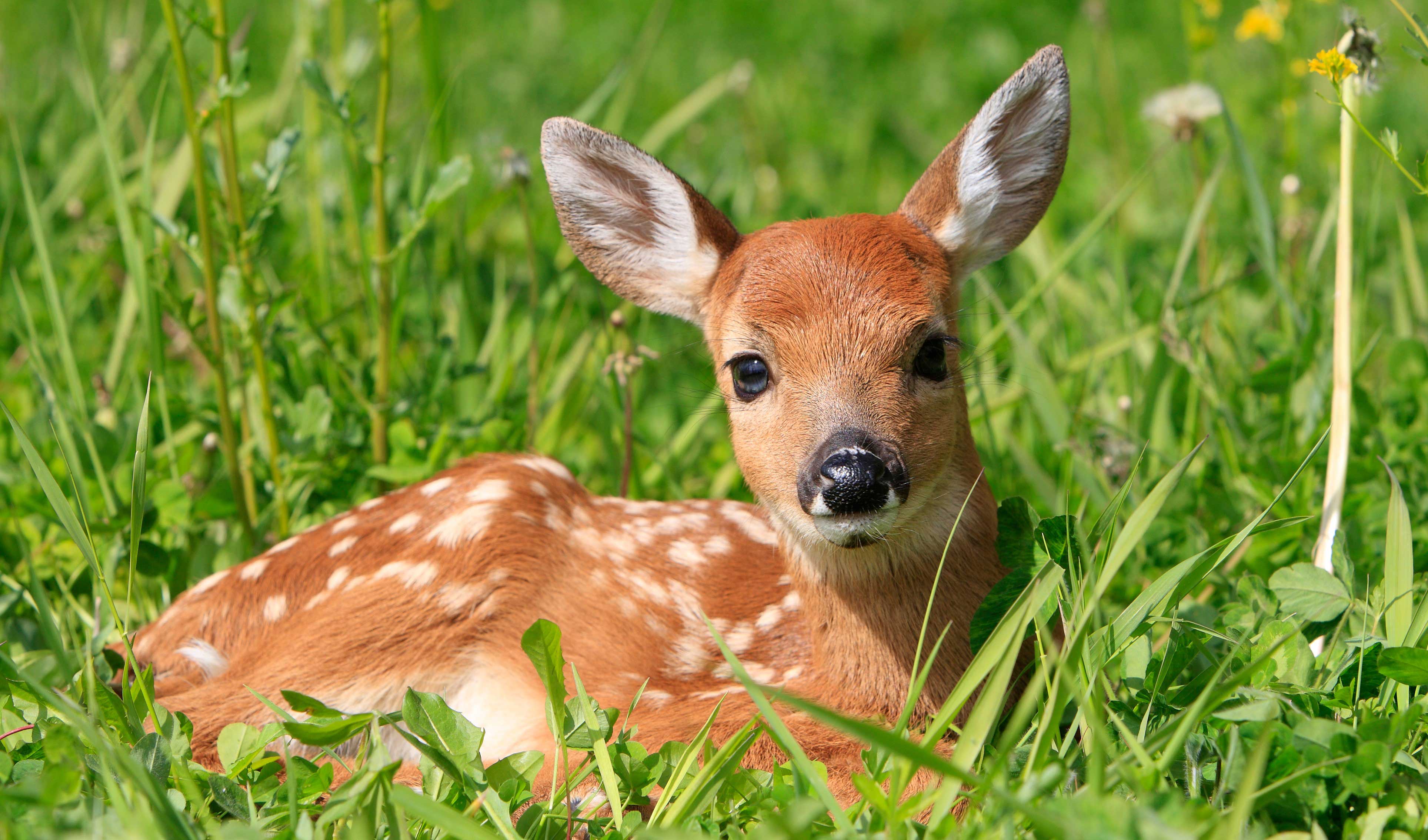 Does are celebrated for their parenting skills, taking great care to hide their mostly helpless fawns away to protect them from predators. These fawns, though, have some natural born protections as well. First, fawns are born without a scent, so predators cannot sniff them out. And their adorable spotted coats also play a role in protecting them. The mottled white spots on their coats mimic the natural shadows and dappled sunlight among the vegetation where they lay hidden away for hours while their mothers search for food.

White-tailed deer fawns weigh just 4 pounds to 7 pounds at birth, but they can stand and even run within a few hours of being born, according to Wildlife Illinois. Usually though, fawns do not graze with their mothers until they are between two and four weeks old. Until then, they remain hidden, relying on their lack of scent and camouflage to keep them safe.