From tracks to trails

“Thirty years ago, a group of walking and biking enthusiasts, railroad history buffs, conservation and parks groups, and active-transportation activists began meeting regularly in Washington, D.C., to mobilize efforts to preserve unused rail corridors for public use. The group quickly realized the need for a dedicated organization, and on February 1, 1986, Rails-to-Trails Conservancy opened its doors.”

So highlights the birth of the rails-to-trails movement by the Conservancy, whose mission is “creating a nationwide network of trails from former rail lines and connecting corridors to build healthier places for healthier people,” according to its website, railstotrails.org.

On July 19, 1997, 10 years after the creation of the Conservancy, the Forest Preserve District of Will County and its partners held a grand opening for the first section of the Old Plank Road Trail from Western Avenue in Park Forest to Hickory Creek Preserve in Mokena. This was the first regional trail within the Forest Preserve’s trail system built along an abandoned rail line. The project culminated a 20-year effort by the District to link communities together with a recreational trail that could be used for bicycling, running, walking, in-line skating, snowshoeing and cross-country skiing. 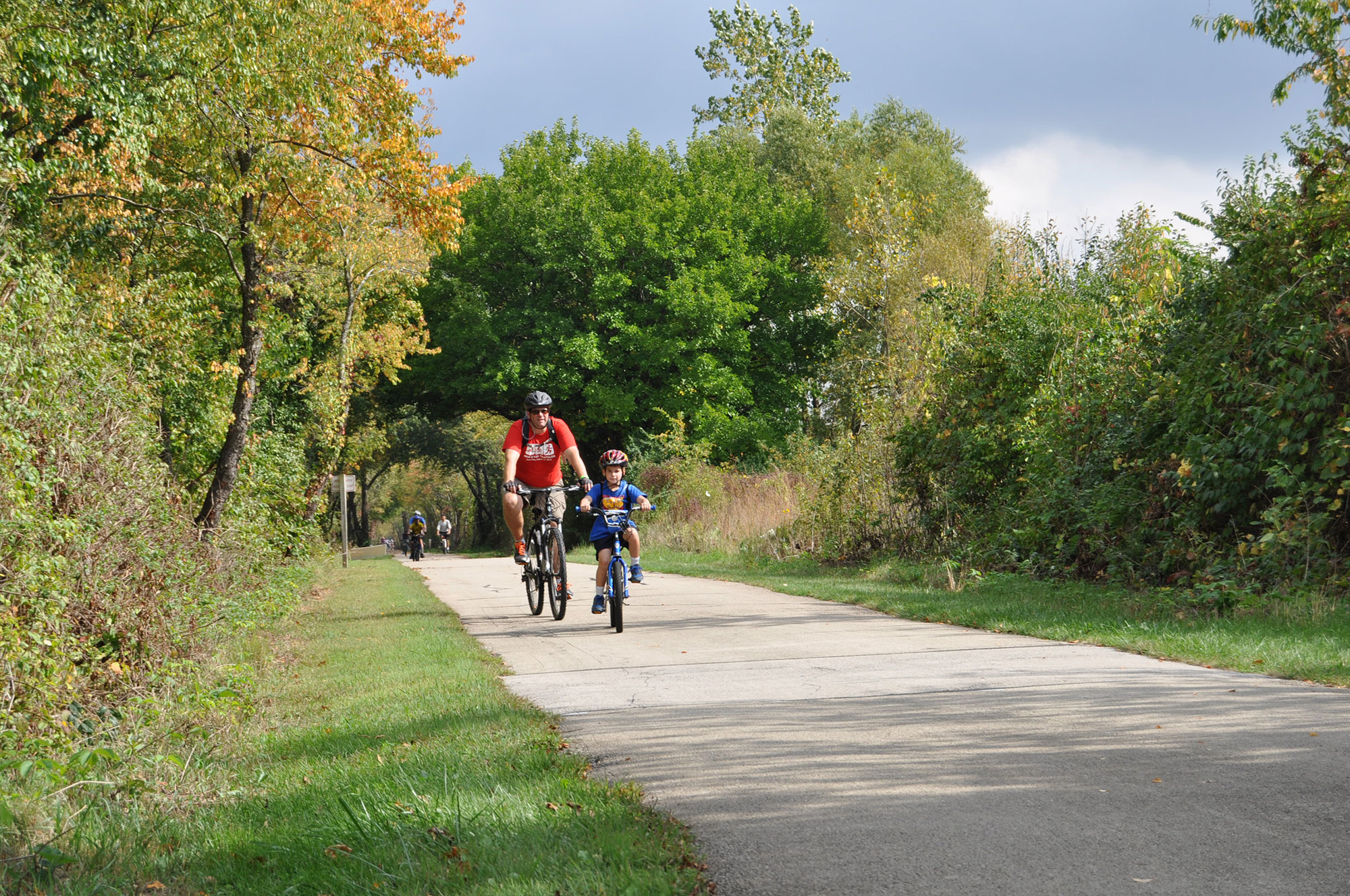 It was in 1976 that Forest Preserve staff learned that Penn Central Railroad was to abandon the use of one of its rail lines. Because the rail line ran through many small towns and villages, in close proximity to schools, parks and forest preserves, the public and local municipalities quickly embraced the idea of creating a regional trail. A coalition of groups, including the Forest Preserve District, Openlands Project (now Openlands), the Illinois Department of Conservation (today’s Illinois Department of Natural Resources), Rich Township and the villages of Park Forest, Matteson and Frankfort, formed to purchase the property.

Ralph Schultz, chief operating officer for the Forest Preserve District, said that staff viewed the Old Plank Road Trail as a gateway to future trail development. “The Forest Preserve’s early trail planning efforts envisioned a network of trails along abandoned railways and greenways that crisscrossed the county, connecting our communities and open spaces,” he explained. “The Old Plank Road Trail was an integral part of those plans.”

Abandoned rail lines were perfect for this kind of conversion. All earth work had already been done by the railroads when they created the rail line, providing a flat, largely linear rail bed. These rail lines also included the property rights-of-way, which often had been left with trees and other vegetation to provide shade and a scenic nature backdrop for trail users.

Sixteen years after the trail opened, the Conservancy selected the Old Plank Road Trail as its “Trail of the Month” for October 2013. The national organization’s website ran an article that detailed the two decades-long effort to convert the abandoned rail line to a recreational trail, described the features along the trail and recounted the creation of the Old Plank Road Trail Management Commission, a cooperative, government agency comprised of the communities involved in the trail’s development.

The vision for the project was to create a 21-mile-long recreational trail from the Village of Park Forest in Cook County to Washington Street in Joliet. The Old Plank Road Management Commission was formed in 1988 from six different agencies: the Forest Preserve District of Will County; the villages of Park Forest, Matteson and Frankfort; Rich Township; and the Illinois Department of Natural Resources. Each would have jurisdiction over segments of the trail, with the Forest Preserve managing more than 12 miles total.

Critical to making the Old Plank Road Trail a reality was outside funding. The Illinois Bicycle Path Grant Program at that time provided matching grants to local government agencies to buy and develop bicycle trails. In October 1992, the Forest Preserve District was awarded just over $1.01 million to buy 11.6 miles of the rail line, while Rich Township and the villages of Frankfort, Matteson and Park Forest received $651,000 in total to purchase 7.5 miles of the rail line.

With the completion of the final two sections, which extended the trail westward from the Forest Preserve’s Hickory Creek Preserve – Hickory Creek Junction access in Mokena to Washington Street in Joliet, residents of Chicago Heights, Park Forest, Richton Park, Matteson, Frankfort, New Lenox and Joliet were provided with a 10-foot wide, asphalt trail that joined these communities together. 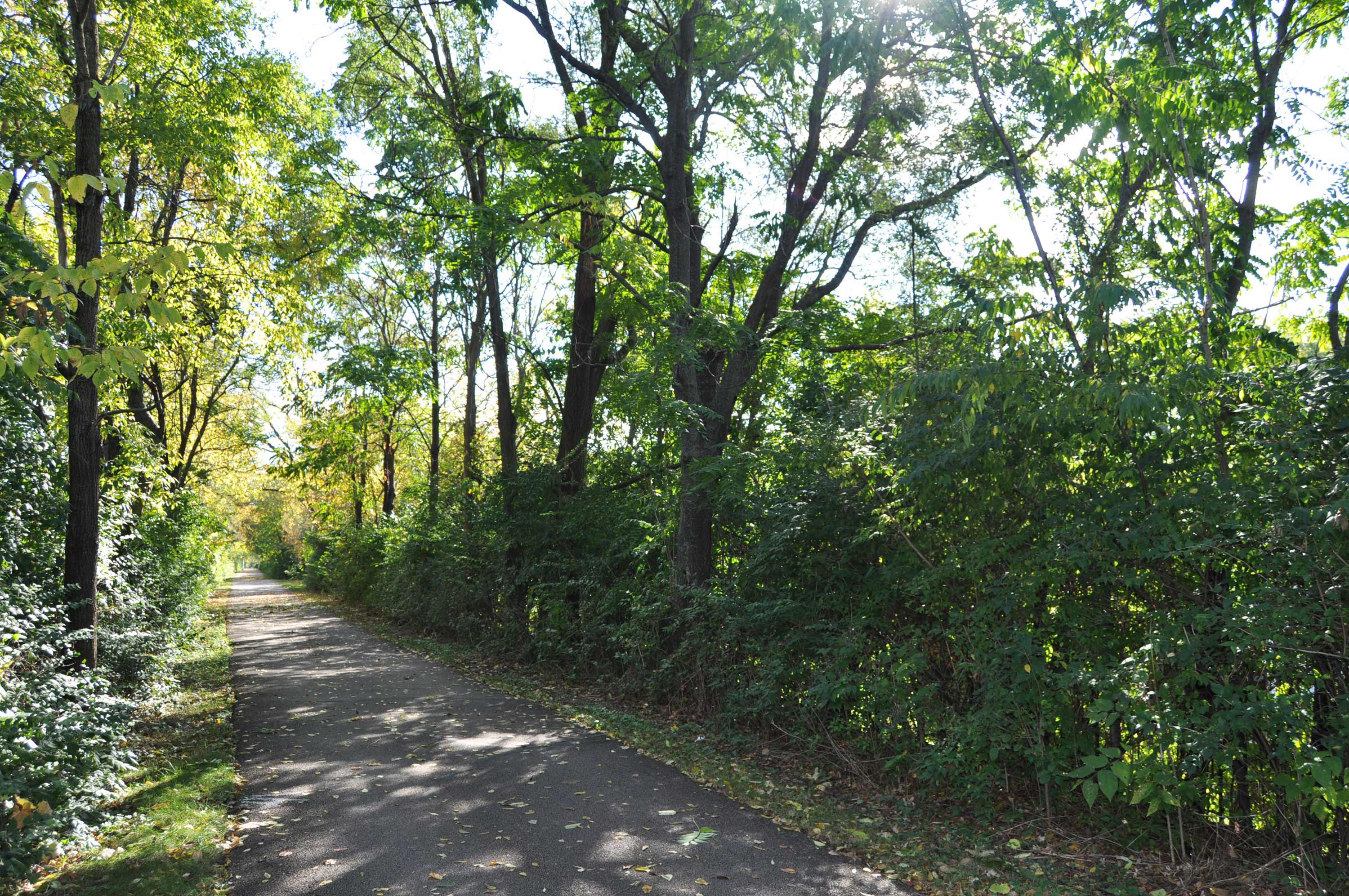 The recognition of the trail by the Rails-to-Trails Conservancy is testament to how well the trail has been incorporated into the communities it runs through.

Rails-to-Trails staff writer Laura Stark, citing data collected by statewide trail counts, reported in 2013 that “the trail is one of the most widely visited in the state.” A counter on the Old Plank Road Trail in Frankfort “recorded the highest annual use of any trail in Illinois that we surveyed. … We looked at a lot of major trail systems in the state, but the Old Plank had the largest annual usage by far: 127,000.”

The paved trail “offers a canopy of oak trees and sugar maples rustling overhead, delicate prairie grasses that stir with the passage of bicyclists, and soft purple wildflowers that peek up through the underbrush,” Stark observed.

In 2015, the Forest Preserve District of Cook County extended the Old Plank Road Trail an additional 1.25 miles on the east, connecting to it from Western Avenue in Park Forest and extending the trail to Campbell Avenue in Chicago Heights where it joins Cook County Forest Preserve’s Thorn Creek Trail.

As was originally the hope of Forest Preserve District of Will County staff, the success of the Old Plank Road Trail opened the door for the Forest Preserve to develop other regional trails – those that pass through multiple communities – by utilizing abandoned rail lines.

The Wauponsee Glacial Trail and the Joliet Junction Trail were both ambitious projects to connect the communities of southern Will County and to provide regional trails in the large population center of Joliet.

The Wauponsee Glacial Trail was built in partnership with IDNR. The project converted the abandoned rail lines of the Chicago, Milwaukee, St. Paul and Pacific from Joliet to Manhattan and the Wabash/Norfolk Southern from Manhattan to Custer Park. 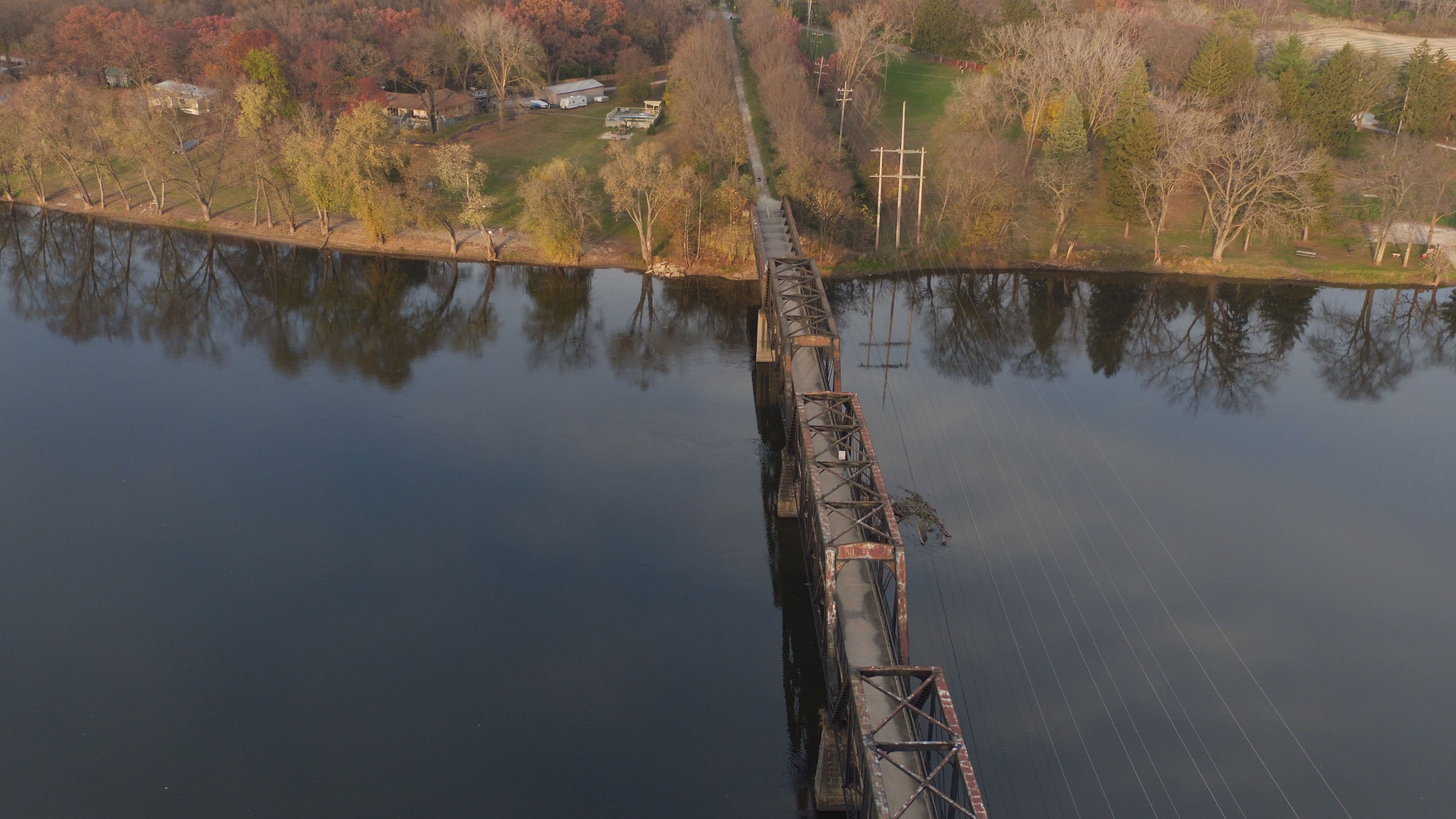 The trail was completed in 2004 and runs from the City of Joliet to the Kankakee River, 22.42 miles in all. It consists of an asphalt component in Joliet and a crushed stone surface that permits equestrian use. The asphalt section runs from the Forest Preserve’s Sugar Creek Preserve, on Laraway Road in Joliet, north to Rowell Avenue, 2.8 miles in all. This paved segment passes through woodlands, prairies and wetlands.

South of Laraway Road, the trail is surfaced with crushed stone and runs through the towns of Manhattan, Symerton and Ritchie. At the southern tip in Custer Park, a bridge spans the Kankakee River, offering a scenic view up and down the river. This southern section of the trail is nearly 20 miles in length and connects to the 20,000-acre Midewin National Tall Grass Prairie, owned and managed by the U.S. Forest Service.

“Trail planning and development requires a lot of coordination and numerous partnerships,” the Forest Preserve’s Schultz said. “The Forest Preserve is lucky to have great partners in our local municipalities, park districts and state agencies. Working together makes the difference in creating an integrated and complete trail system. While we’ve made great progress over the past two decades, there’s still much to be done when it comes to developing a comprehensive trail network throughout the county. We look forward to being a part of it.”

As the Forest Preserve District continues to create new recreational trails in the future, staff will strive to identify rail lines no longer in service as prime candidates for bringing communities together through a shared asset available to all of their citizens.