What lies beneath the water’s surface is a mystery to most of us, but it’s teeming with life down there. Our lakes, ponds, rivers, streams and wetlands are filled with all manner of creatures, from microscopic zooplankton and crustaceans to mollusks and, of course, fish.

But extinction isn’t just a threat; it’s already happening. Sixteen freshwater fish were declared extinct in 2020, according to the wildlife fund. And freshwater fish have declined in population by 76 percent since 1970; megafish — defined as those that weigh more than 66 pounds — have seen their numbers drop by 94 percent in the same period.

Freshwater fish are just one essential component of Earth’s freshwater ecosystems, which include the planet’s lakes, ponds, rivers, streams and wetlands. In the midst of a biodiversity crisis across the planet, our freshwater ecosystems are particularly imperiled. The population of all freshwater species have declined by an astonishing 84 percent, and almost a third of our wetland ecosystems have been lost since 1970, according to Conservation International.

The degradation of freshwater ecosystems and the decline in water quality is mostly caused by human activity, the wildlife fund reports. Invasive species — often inadvertently introduced by humans — and overfishing have devastating effects on freshwater fish populations. Other human-caused threats include climate change, because fish do not tolerate temperature change well, as well as pollution and improper and poorly constructed dams that alter the natural hydrology of an area. 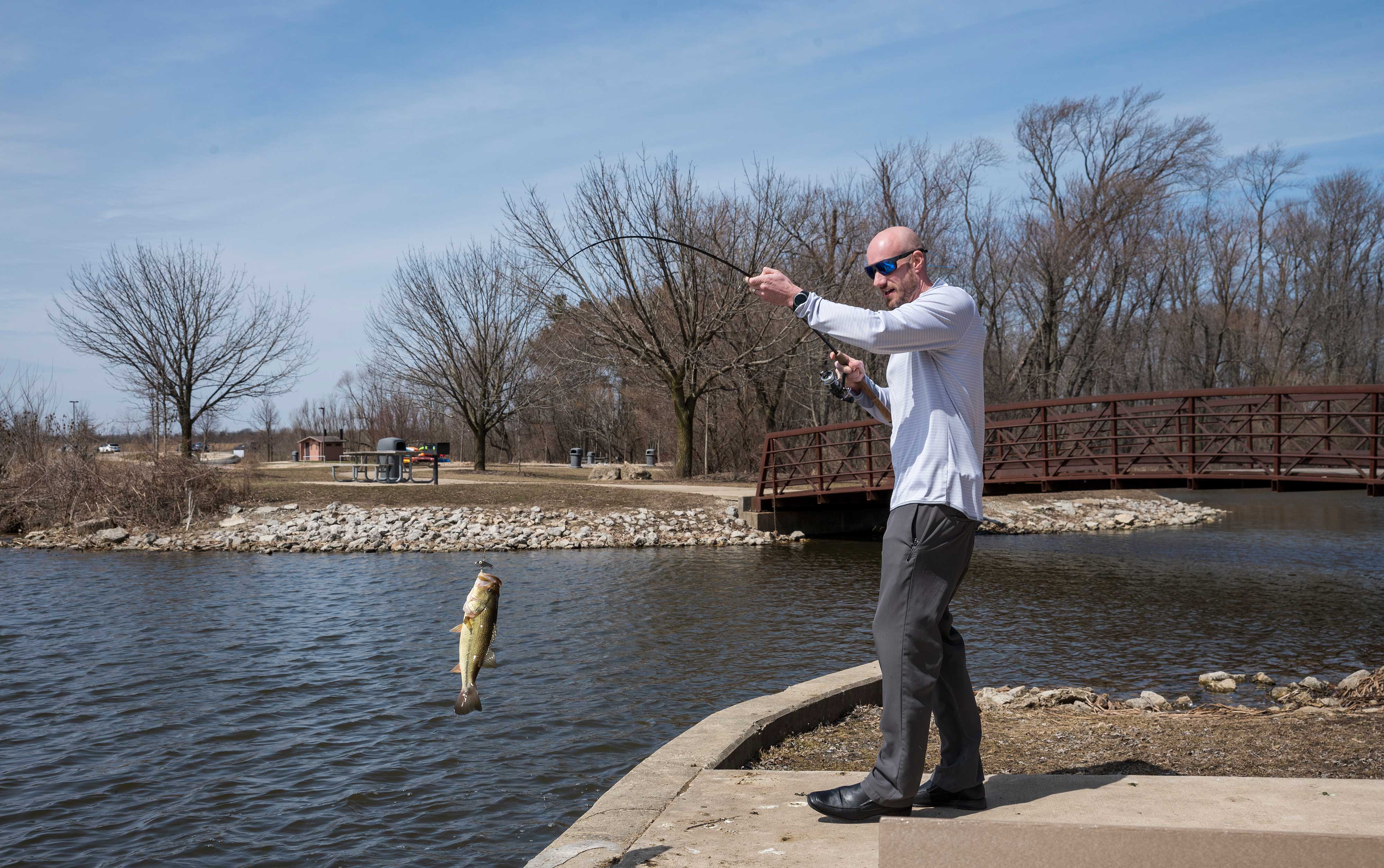 When our freshwater habitats and the species that live in them are imperiled, so, too, are the lives and livelihoods of hundreds of millions of people across the world.

Freshwater fish are also a boon to local and national economies. Just in the United States, recreational fishing is a $100 billion-a-year business, the wildlife fund reports. And commercial fisheries in the United States generate $38 billion in revenue annually.

Do you enjoy fishing, or do you know any anglers? Think about how many people locally rely on healthy freshwater fish populations for their recreation. Beyond that, clean water supports even more recreation — for boaters, rafters and more. In many places in Illinois and beyond, tourism revenue is dependent on healthy and viable waterways. 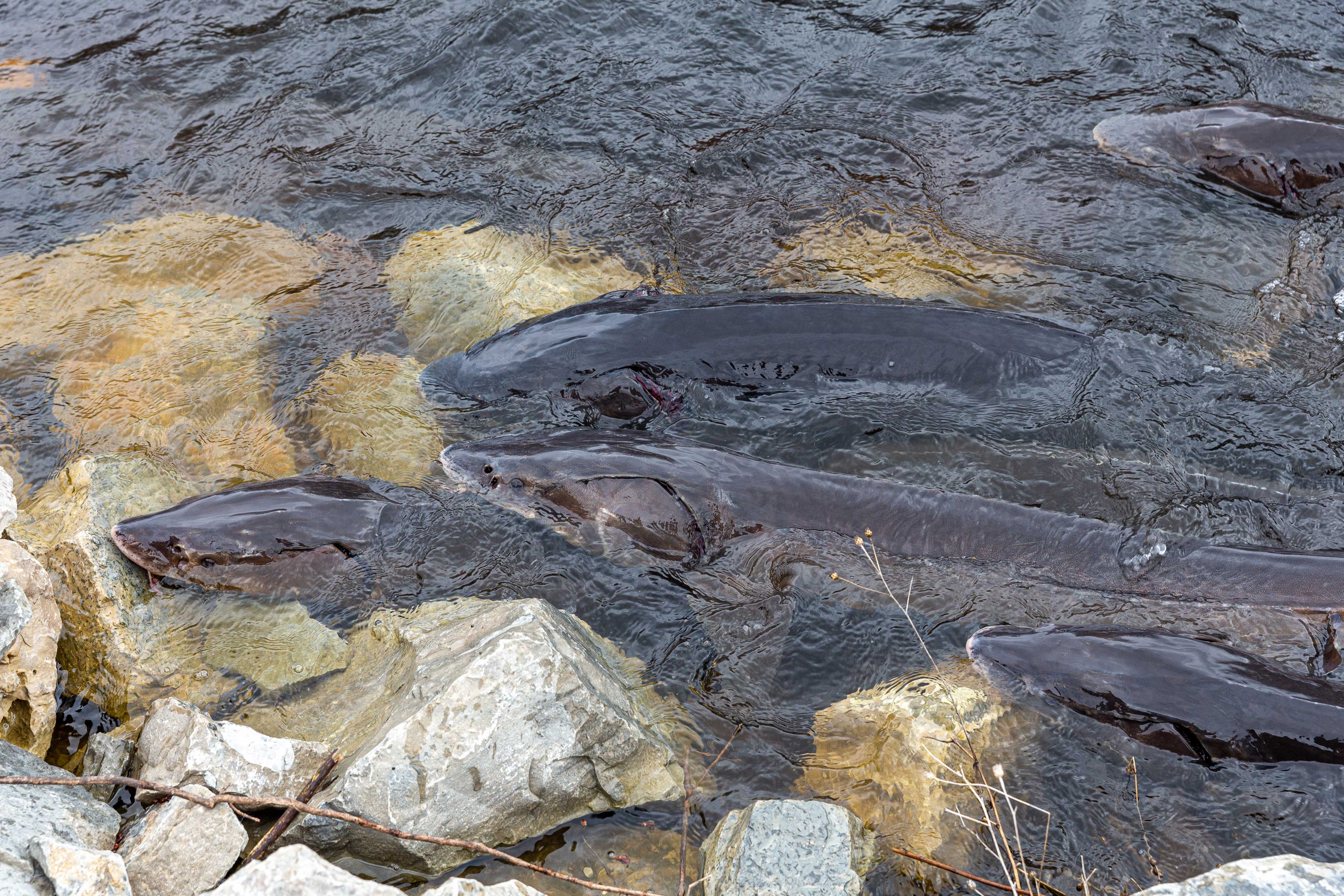 Illinois is home to 196 freshwater fish from 28 fish families, according to the Illinois Department of Natural Resources (IDNR). Of these, 19 fish species are endangered and an additional 16 are threatened.

Most of Illinois’ threatened and endangered fish are small species like minnows, darters, chubs and shiners, but the list also includes the state’s biggest fish. Lake sturgeon can grow to be 9 feet long and can top 300 pounds, according to the U.S. Fish and Wildlife Service. They live in the Great Lakes as well as other large lakes and rivers in the eastern United States and Canada. Lake sturgeon are not federally endangered, but they are listed on many state endangered and threatened species lists. Lake sturgeon populations are suffering for a variety of reasons, including pollution and manmade changes to natural waterways. They also have a very slow reproductive cycle and are vulnerable to overfishing. Before 1900, millions of pounds of lake sturgeon were killed each year because they were a bycatch that damaged commercial fishing gear.

Another sturgeon species, the pallid sturgeon, is also endangered in Illinois. They, too, are big fish, but not as large as lake sturgeon. Pallid sturgeons can be up to 6 feet long and weigh as much as 80 pounds. These fish are vulnerable because thousands of miles of river habitat have been negatively altered by people, the Fish and Wildlife Service reports. In addition, they are vulnerable to pollution and commercial fishing. Pallid sturgeons are also federally endangered.

Many people consider sunfish plentiful in Illinois, but there are many species of sunfish, and one in Illinois, the redspotted sunfish, is endangered in the state. Redspotted sunfish are smaller than many other types of sunfish, usually less than 7 inches long, the Illinois Natural History Survey reports. These fish have become endangered because of a loss of its preferred backwater and wetland habitat and also because invasive species like common carp and grass carp have reduced the aquatic vegetation that is critical for their survival. A second sunfish species, the bantam sunfish, is threatened in Illinois. 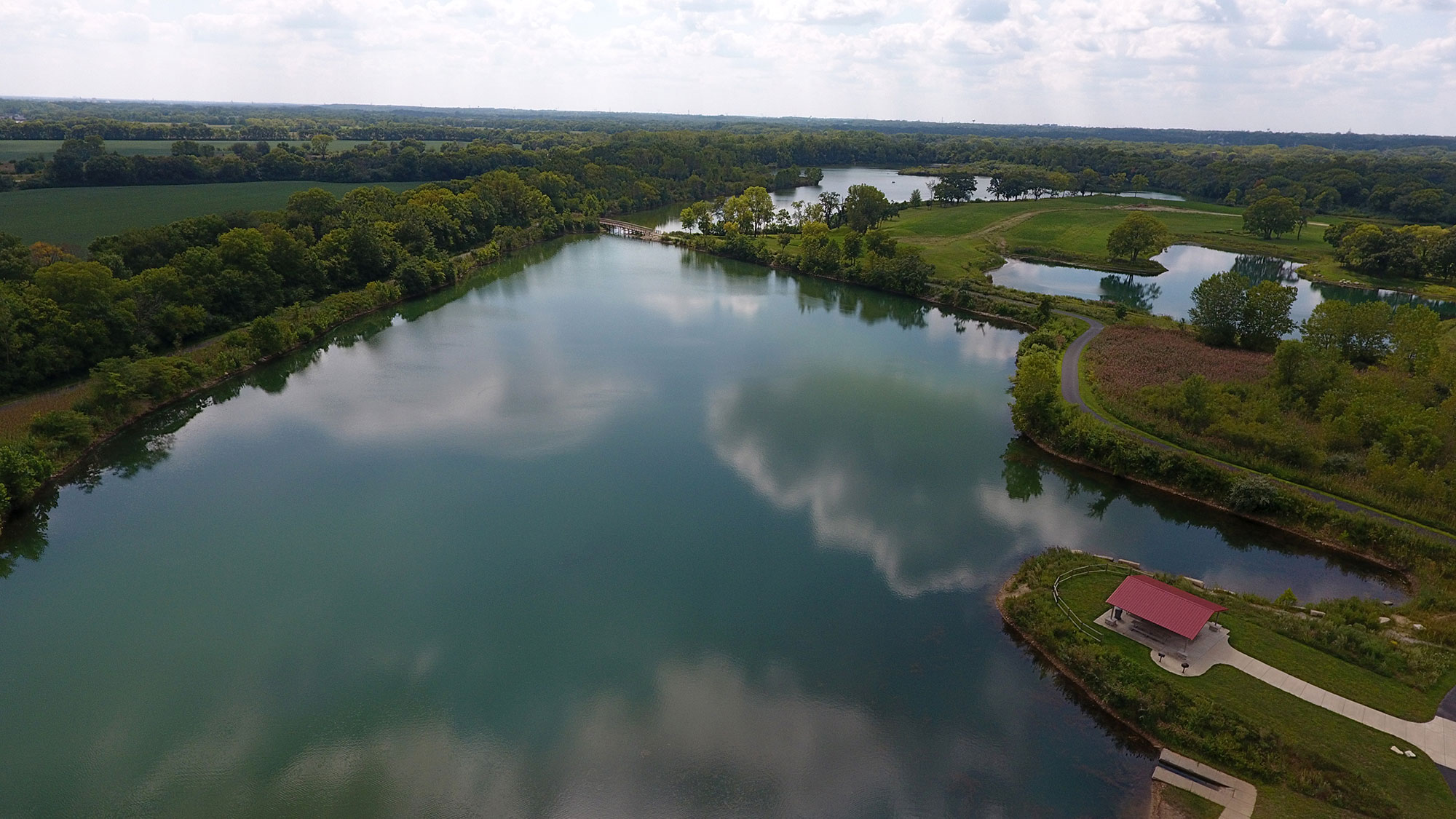 How you can help

Saving freshwater fish from further population declines — and possible extinction — is a big job that will require large-scale efforts and cooperation among different governmental bodies and agencies, businesses and non-governmental organizations, but don’t think you are too small to make a difference.

There are small steps you can take in your own life that will help fish populations and, in turn, help maintain clean and healthy waterways. For example, following local fishing regulations helps prevent overfishing and ensures that game fish populations are healthy and sustainable. IDNR sets daily catch and size limits for bodies of water in the forest preserves, and they are listed on the Fishing page of the District’s website. IDNR has also set general daily catch and size limits for waterways where site-specific regulations do not exist. The Forest Preserve District also encourages catch-and-release fishing.

Anglers can further help maintain healthy waterways by not dumping leftover bait in the water. Bait dumping is one of the many ways invasive aquatic species and pathogens are introduced into waterways, according to the Stop Aquatic Hitchhikers campaign. When non-native species are introduced, they pose threats to the native flora and fauna as well as to the economy, recreational opportunities and human health and safety. Bait dumping is illegal in Illinois.

Boaters also play a key role in preventing invasive species from being introduced in our waterways. Those with both motorized boats and non-motorized watercraft like kayaks and canoes should always make sure to clean their boats and all gear, including paddles, of all visible aquatic plants, animals and mud before leaving the water access area, according to the Stop Aquatic Hitchhikers campaign. In addition, they should drain water from their boat and all other water-containing devices and dry everything for five days or wipe with a towel before using again.

Even watching what you eat can make a difference. When you eat fish, consider the sustainability of the species you are eating. Monterey Bay Aquarium’s Seafood Watch aims to help consumers and businesses make fish and seafood choices to support healthy oceans and waterways. Seafood Watch focuses on ocean species, but freshwater fish are also evaluated and rated for their sustainability.