Before it was
Goodenow Grove

Every forest preserve had a history before it was conserved as open space. Before the Forest Preserve District purchased the core of what would become Goodenow Grove Nature Preserve in the late 1970s, the property previously served as a camp for Scouts. Among the camp’s remnants is the popular 40-foot sled hill that still exists on the site today.

In 1930, the Chicago Area Council of the Boy Scouts of America acquired the use of 196 acres of forest and farmland in Crete Township. After some years, during which the land was farmed, the Council developed the property into a campground called Camp Crete.

Carol Triebold and Phyllis Monks, in their five-volume collection of books titled “Crete Remembered,” report that the camp opened with this announcement in the Chicago Heights Star of August 9, 1940, with the headline “New Camp Set for Scouts in County’s Grove”: “The new [Boy Scout] camp will open tomorrow in eighty-six acres of wooded land. ... Scouts may enroll for any period from one to fourteen days. And the registration fee is only ten cents per day, with each Scout bringing his own equipment and food.”

They go on to write that “The summer camp was designed for a well-rounded camping experience for all scouts attending. Scouts participated in scout crafts, handcrafts and special camp craft projects.” 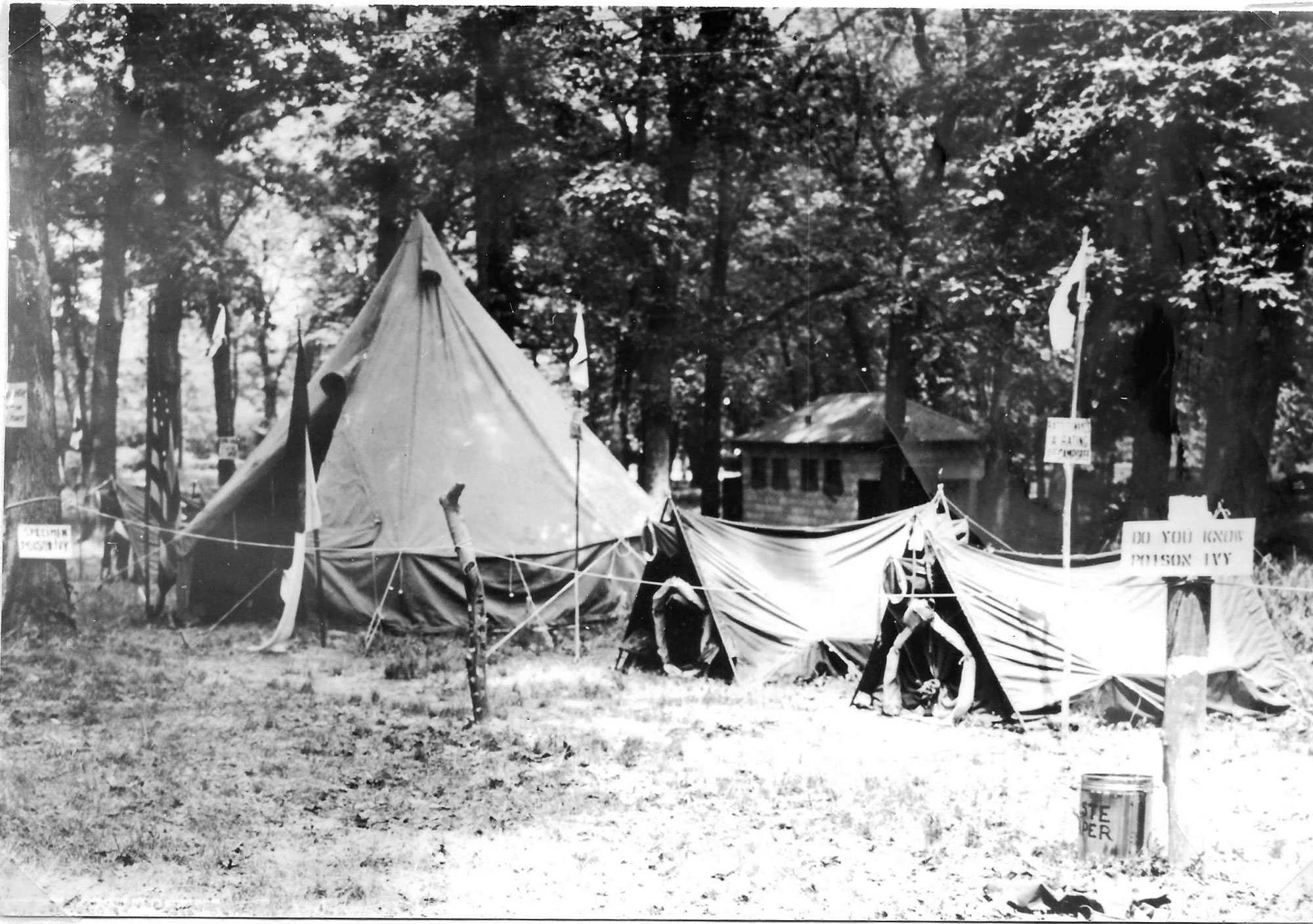 Jamborees are one of the most popular activities in Scouting. This image shows what these gatherings looked like in the mid-1940s in Crete. To this day, Goodenow Grove still offers ample camping opportunities for Scout groups.

Skip Pronger, 81, recalls visiting the camp many times as a boy in the 1940s and ’50s. “It was a lot of fun,” the Blue Island resident explains. “Being out in the woods, you could run here and there. And there was a lot of ground so you never had to worry about getting yelled at for being on someone else’s property. It was just a good place to blow off some steam all weekend long.”

A member of the Chicago Area Council Boy Scout Troop 782, Pronger said his troop would visit Camp Crete a couple times each year. Activities included bird-watching, orienteering, identifying trees, first aid, cooking and fire starting. “Going out to the northeast of the camp, you could sit under an old oak tree and see a lot of birds,” he remembers.

Pronger says that, especially in the spring, the camp would become “awfully muddy,” and parents that brought their Scouts to the site for camporees often had to have their cars pushed out of the mire. 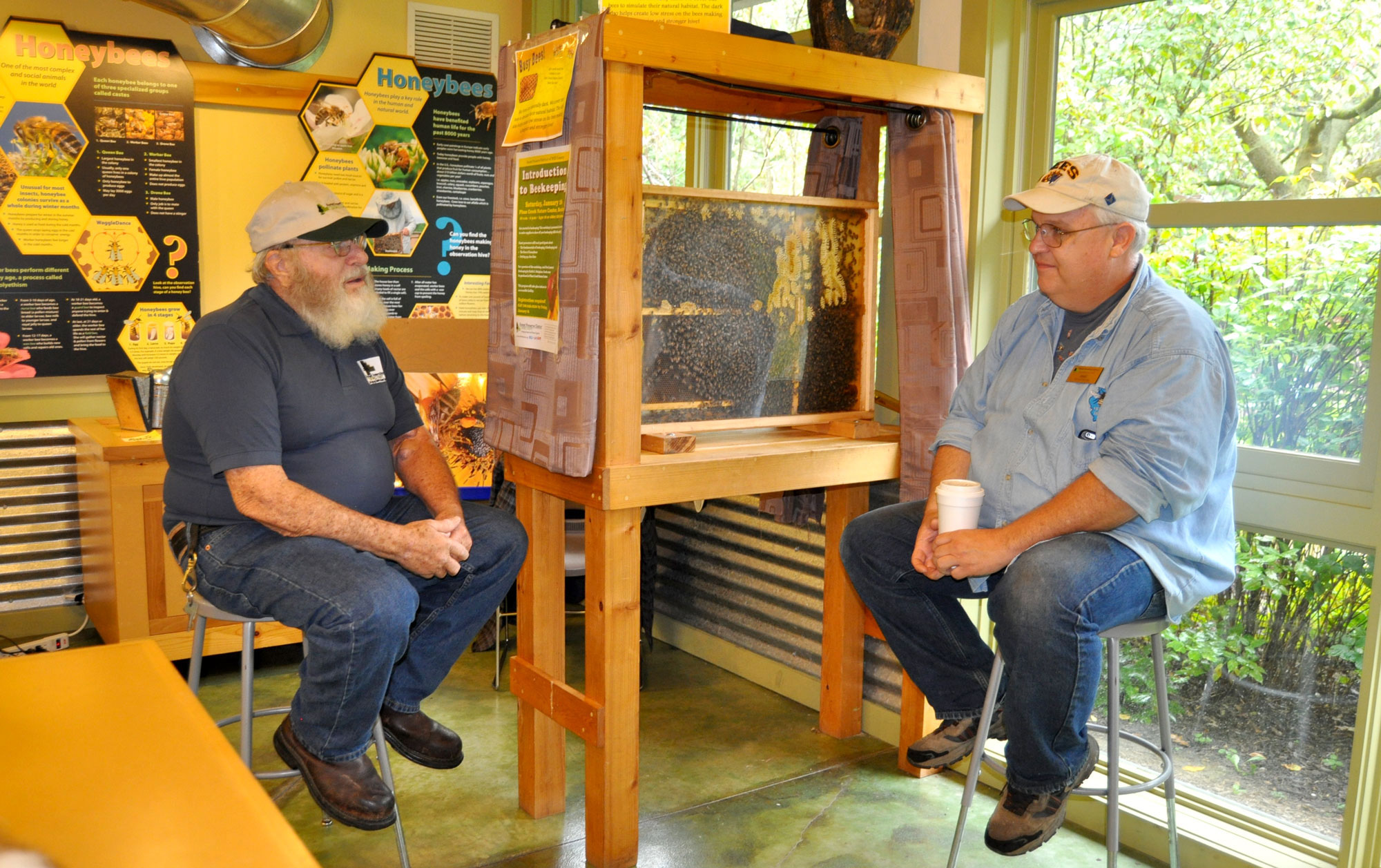 Skip Pronger (left) spent time at Camp Crete both as a child and an adult. (Photo by Glenn P. Knoblock)

While Camp Crete was primarily designed as a summer camp, winter sports were also held there. This led to the creation of the sledding hill that was used for tobogganing in the winter and kite flying in the summer. According to former Forest Preserve Executive Director Michael Pasteris, this 40-foot-high hill was likely created as a Job Corps project, a federal jobs training program administered by the Department of Labor.

“Scouts held their winter Polar Bear events at the campground, as well as their Klondike Derby,” Triebold and Monks write. “For the Klondike Derby, scouts assembled homemade Eskimo dog type sleds which the scouts were to maneuver through posts, named for Alaska towns, using scout craft skills. Scouts would receive one to five ‘gold nuggets’ depending on the scouts’ skill used.”

Pronger recalls one particular winter outing at Camp Crete where the temperature was 40 degrees on a Friday and then minus 9 degrees the next day. “The wind would blow the flaps of the tent right up,” he said, “and the pancakes we cooked were burning on the bottom but frozen on top.” During that same excursion, Pronger’s Scout leader “went over to the pump and when he pushed the handle down, it cracked right off” from the frigid cold.

“I’m amazed by all the things we did,” Pronger said.

Another former Boy Scout, Roland Janota, remembers the arrival of earthmovers and other heavy equipment on the site as part of the apprenticeship program described by Pasteris. A member of the Calumet Council Boy Scout Troop 123, Janota, now 65, camped at the site in the 1960s as a boy and, starting at the age of 15, worked at the camp for four years doing general maintenance and upkeep.

“There were earthmovers, scrapers and graders,” the Washington Township resident explains of efforts to build the sled hill. “It was a government project to train guys to become machine operators.” According to Janota, some existing hills on the site were moved to create the 40-foot hill. “But it was kind of rough when it was first constructed,” he comments with a boyish laugh.

“In fact, me and some members of my troop were the first guys that ever made it down the hill without crashing. Today, the hill is in much better condition.”

While the camp was definitely a place to appreciate nature and to hone the values and skills instilled in the Boy Scout’s mission, it also provided opportunities to young people. Janota says that teenagers from Chicago were given the chance to stay and work at the camp during the summer. “They were given just enough money to meet their basic needs,” he says, “but at the end of the summer, working at the camp helped pay for their school books and other supplies.

“I thought that was pretty nice,” he comments.

The teenagers worked with Janota, who lived in Crete Township and stayed in the staff cabin on the weekends. “I think at least for some of them, that might have been the first time they were out of the city. They thought they were so far from civilization, they had no idea of where they were. While they were only 35 miles from Chicago, they thought they were in the middle of nowhere.”

Janota says that the younger staff members who were from the area didn’t know what to expect of the “city kids” and, in return, these teenagers weren’t sure of what to expect of them. “We found out though that we shared a lot of the same interests, and we got along really well.”

Major restructuring improvements, totaling $250,000, were made to Camp Crete in 1962. These improvements would allow the camp to be open year-round and would provide infrastructure to accommodate up to 500 Scouts a day. “The central lodge was enlarged, which included space for a Trading Post to purchase groceries, and an Outfitter Store where one could buy or rent camping equipment such as tents, cooking equipment, shovels and water canteens, and a canteen area for drinks, candy and ice cream,” the “Crete Remembered” authors write. 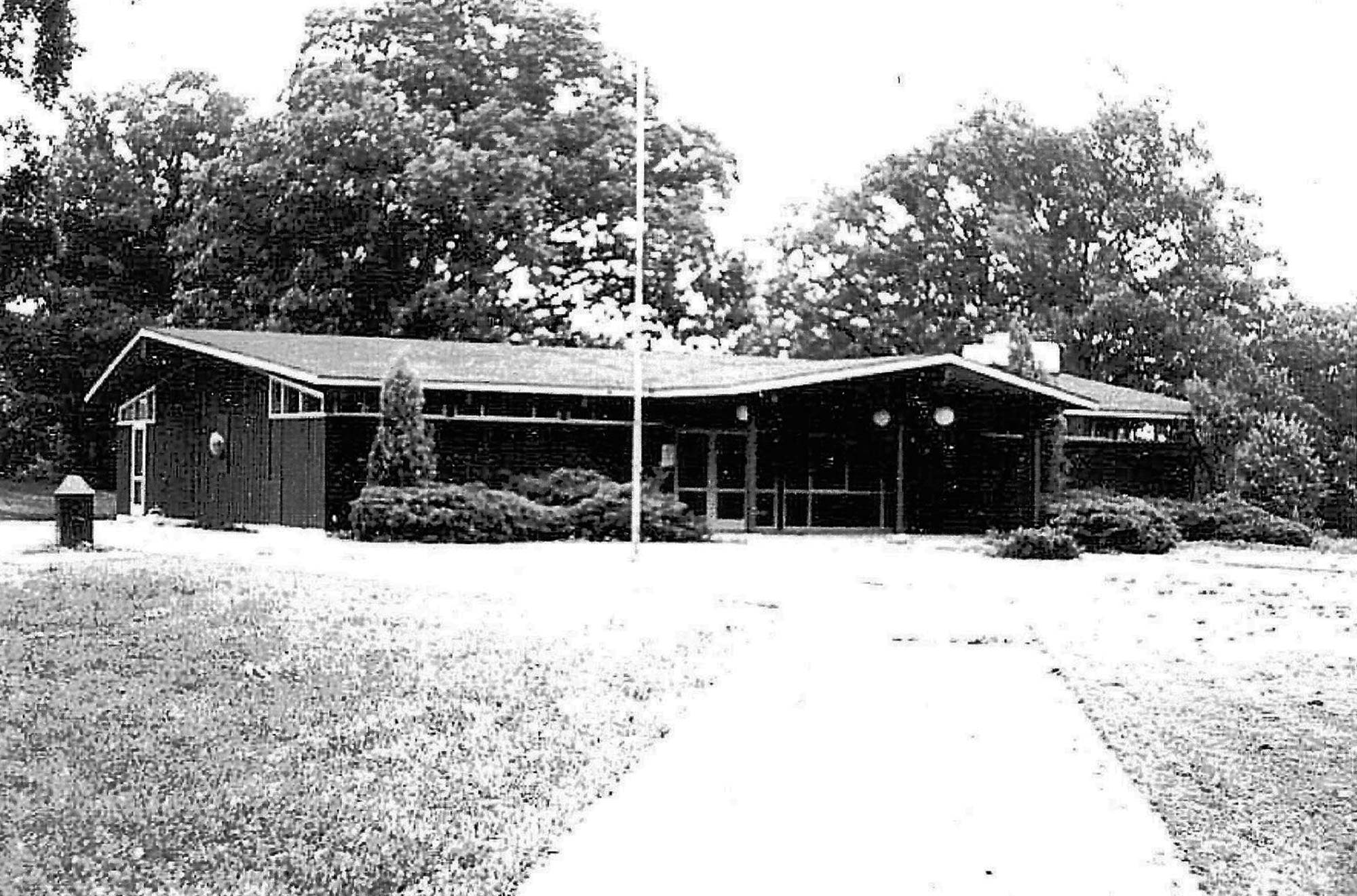 Janota says that before the improvements, the original camp had one path leading from the parking lot straight into the woods, which is where the campsites were located. Both Janota and Pronger note the existence of a hand pump in that area, providing “some of the best water around,” Janota recalls.

Camp Crete closed in 1977 and the Forest Preserve District of Will County purchased the property for just over $700,000. This purchase included extensive areas of open fields, a circular gravel roadway, the man-made sled hill, a shallow man-made lake, a number of flush toilet latrines scattered throughout the preserve, three designated camping areas, several marked trails, a site manager’s residence and several other buildings.

According to a newspaper article from the time, the camp was put up for sale due to underuse. Robert Hamilton, the then director of financial services, said that the “camp is not used by enough scouts to justify the annual operating costs.” The 1976 operating budget was $17,735, or about $7.35 per boy for the 2,410 Scouts who used the camp that year. This contrasted with the cost of $3 per user at a Boy Scout camp in Yorkville.

Pasteris also believed that the camp had become too expensive to maintain. He speculated that “the upkeep must have been too much for them, because the property contained 11 remote restroom facilities – including a pretty elaborate infrastructure,” he told the Northwest Indiana Times in 2002.

Camp Crete was the first major acquisition by the Forest Preserve after Pasteris was hired in 1976.

On April 13, 1978, Camp Crete was renamed Goodenow Grove by the Forest Preserve, according to “Crete Remembered.”

Much has changed in the 40 years since the Forest Preserve acquired the land. Today, Goodenow Grove has grown to more than 2,300 acres, with 514 acres designated as State Nature Preserve. It is home to Plum Creek Nature Center, a nature playscape for children to explore the natural world, hiking and biking trails, year-round camping and picnic facilities. It also serves as the Forest Preserve’s hub for winter activities, including snowshoeing, cross-country skiing and sledding.

The beauty and diversity of the land led the Boy Scouts to acquire use of the property nearly a century ago. The same attributes attracted the Forest Preserve to add Goodenow Grove to its holdings of preserves to be enjoyed by the public for generations to come.

Special appreciation to Carol Triebold and Phyllis Monks for their contribution of images.