A mild winter means no break from ticks 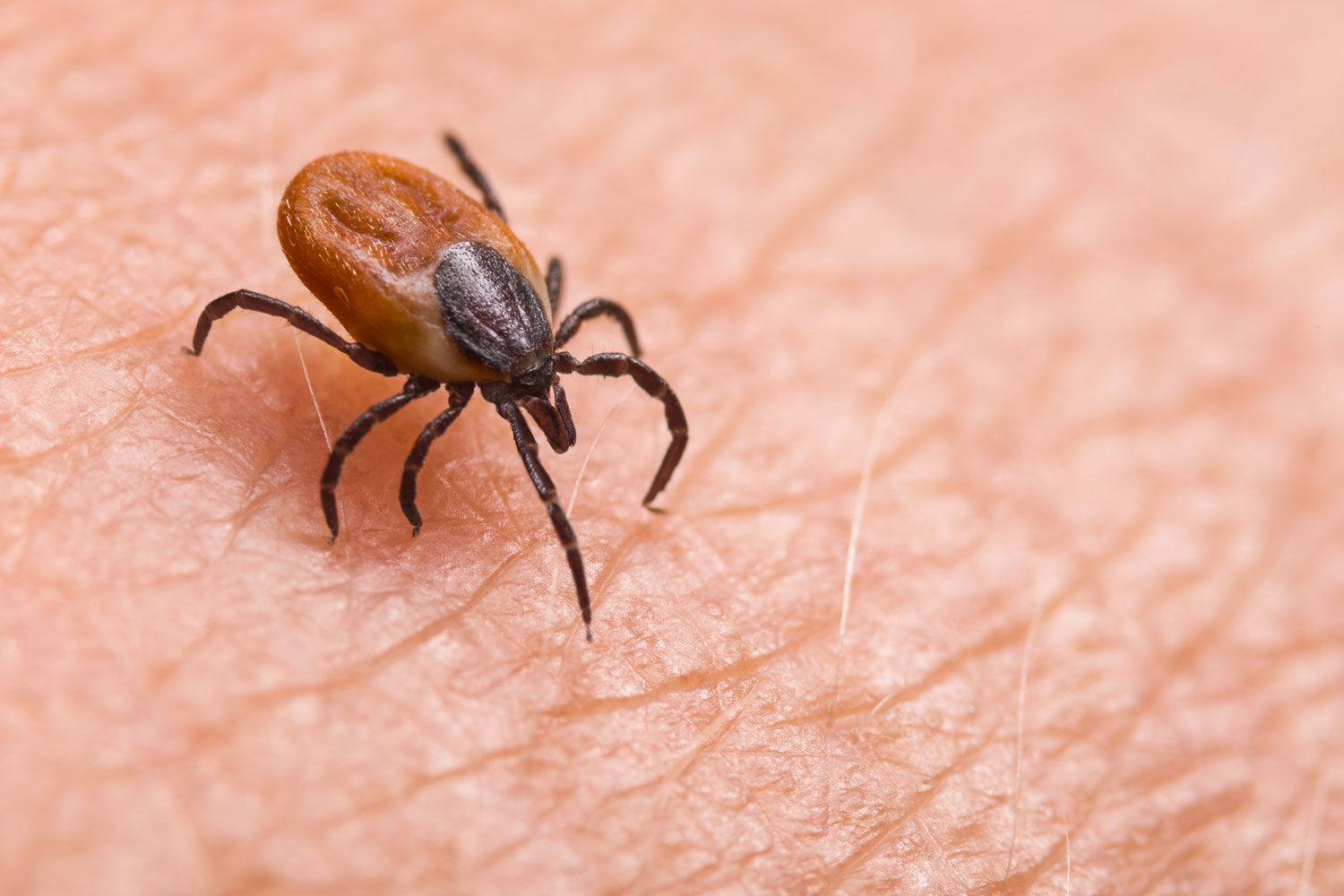 A deer tick. (Photo via Shutterstock)

Mild spells of winter weather mean one thing we don't often worry about at this time of year should still be a concern: ticks.

If the temperature is above freezing and the ground is not frozen, some ticks, especially deer ticks, may be active, according to the University of Rhode Island’s TickEncounter Resource Center. Deer ticks are known to carry many diseases that can be transmitted to people and animals, including Lyme disease, anaplasmosis and Powassan virus, also known as deer tick disease.

In Illinois, ticks are most active in April, May and June, but ticks can be active on any day when ground temperatures are at least 45 degrees Fahrenheit, according to the Illinois Department of Public Health.

It may seem less likely people would be bitten by ticks in winter because our cold-weather gear leaves little skin exposed, but according to the TickEncounter Resource Center, a study found more than 63 percent of adult ticks were found on people's heads, necks and upper torsos — areas often left uncovered when winter temperatures are above freezing. And our pets, of course, remain at risk as well because they are still exposed to potential ticks whenever they are outdoors.

The TickEncounter Resource Center recommends people do a tick check whenever they've spent time outdoors if the temperature is above freezing and the ground isn't frozen. It's also a good idea to keep your shirt tucked in and to wear tick-repellent clothing if you know you will be in an area where ticks are prevalent.

Pets, too, should be checked any time they've spent time outside, especially if they've been off-leash, the   U.S. Centers for Disease Control and Prevention advises. To check a dog for ticks, run your fingers lightly over his or her fur, feeling for any small lumps. Once you've checked the fur, check in and around the dog's ears and eyes and between the toes, as well under around and under the collar and tail and under and between the legs. If you find a tick, remove it as soon as possible, the CDC advises. You can also prevent tick-related illnesses in your pets by using tick-prevention medications as recommended by your veterinarian.

Illinois is home to more than 15 tick species, but only a few are typically encountered by people and our pets, according to the Illinois Department of Public Health. The most commonly seen ticks in Illinois are the American dog tick, also known as the wood tick; the lone star tick; the deer tick, also called the blacklegged tick; the brown dog tick; and the winter tick.