What's that sound? Birding by ear can be a rewarding way to grow birding knowledge 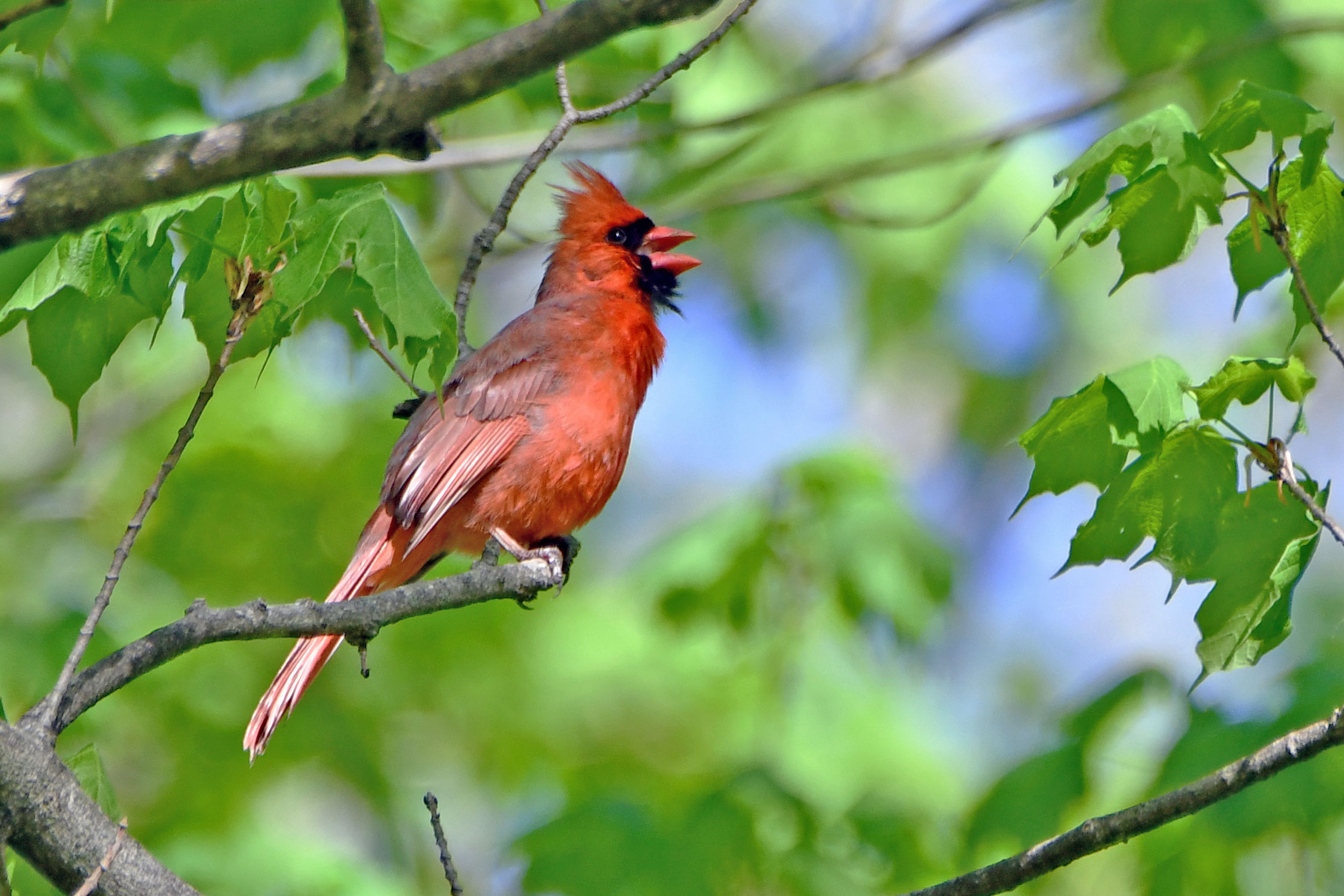 Have you ever been outside and heard the song of a bird that sounded familiar, but you couldn't place it? Or been startled by an unusual bird call coming from somewhere nearby and wanted to know what it was?

Birding by ear is a way of identifying birds by their songs and calls, and while it's a certainly more challenging than birding by sight, it can be a rewarding way to expand your birding knowledge.

When first getting started with birding by ear, it can be useful to learn the calls and songs of the most common birds first, the National Audubon Society recommends. This is helpful both because it gives you a solid foundation on which to build and also helps you identify other calls and songs that are different than those of the most common birds.

Novice birders will also be able to pick up on the subtle differences between the birds with similar-sounding songs when they start by learning some of the most common birds first, said Chris Gutmann, facility supervisor for the Forest Preserve District. Take the robin, one of the most common birds of all. Their call can sound similar to that of a few other birds, so being familiar with the robin's sounds can help birders know when they are hearing something similar but definitely different.

"Once you know a robin really well, you might notice that a rose-breasted grosbeak sounds similar but much more polished," he said. Scarlet tanagers sound similar as well, but "like a robin with a sore throat," he added.

Starting with common birds also means you're likely to get a lot of repetition of those calls, making it easier to notice when you hear something different, Gutmann said.

For some people, though, starting with common birds may not be the preferred route. They may instead chose to focus on a few bird species they enjoy and then learn their calls and try to identify them on a birding trip. There's no wrong way to start, Gutmann said, adding that people will have more success if they are having fun doing it.

One easy way to get started is to sit in your yard and listen to the birds, he said. If you're visiting a forest preserve or park, he suggested picking a bird or two that you are already familiar with and really get to know it well.

A good time of day to head out on trip to practice birding by ear is early morning, according to The Spruce. Birds tend to be more active and vocal early in the day, and the cooler air will help carry their tunes farther. As for time of year, different times of year have different pros and cons.

In the spring, bird songs fill the air because birds are establishing territories and courting mates, Gutmann said. Plus we experience an influx of birds in the spring as migrants pass through on their way to their breeding grounds.

"Spring can be a little overwhelming, where it is hard to focus," he said.

Novice and expert birds alike would do well to have an app on their phone that they can use for reference and comparison, both for birding by sight and sound. A few birding apps Gutmann recommends are the Audubon Bird Guide, iBird Pro Guide to Birds and Merlin Bird ID. All the apps include information of North American bird species, including field maps, ID guides and clips of the birds' songs and calls. The Merlin Bird ID app also has a feature in which you can record a bird's call or song and app will try to identify it for you.

Even experienced birders like Gutmann use these digital tools to help them while birding. He said if he's stumped by a bird call while out in the field he'll use the apps to play audio clips to help him identify what he is hearing.

The Spruce also suggests that when you learn a bird's song that you associate it with something memorable so you're more likely to remember it. For example, many people think the eastern towhee sounds like it is saying "drink your tea." It doesn't have to be a word or phrase, however. Maybe a bird's song reminds you of another sound. Associating those two things will help you remember the bird's call. And you don't have to rely on what other people say a particular bird sounds like. People hear things differently, and someone's else interpretation may not be useful for you. For example, some people think a black-capped chickadee's song sounds like it is saying "hey, sweet-ie," while others think it is sounds like "cheese-bur-ger."