The science behind those picture-perfect sunsets 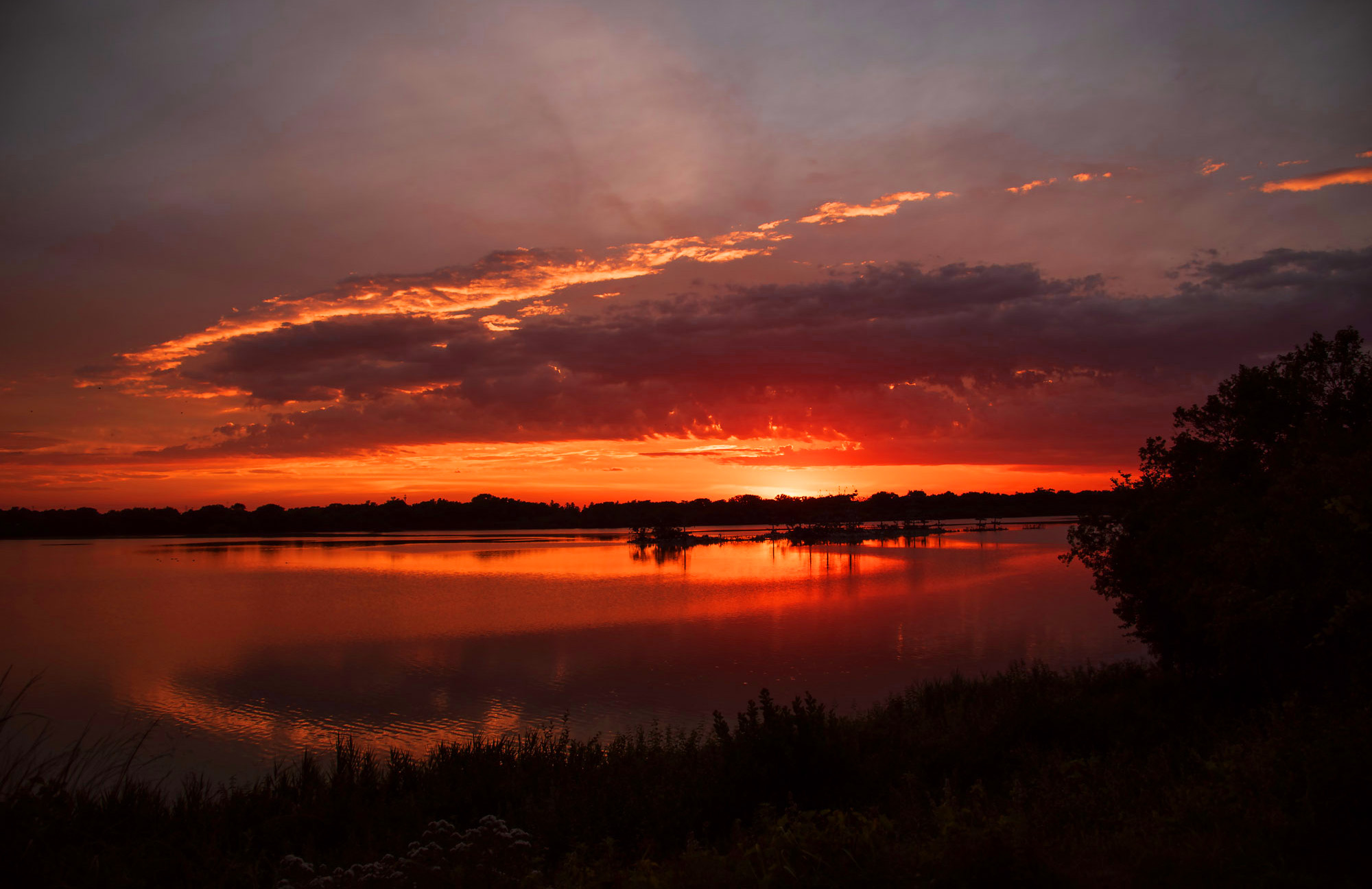 A sunset at Lake Renwick. (Photo courtesy of Chris Cheng)

Red sky at night is a sailor's delight, and it also makes for some pretty spectacular sunsets. But why are some sunsets so extra-special?

Generally, what's considered a magnificent sunset is a particularly colorful one, with hues of red, orange and pink streaked across the evening sky. And when it comes to color, the brighter the better.

The colors we see — or don't see — in a sunset are the results of a scientific phenomenon called light scattering, according to the University of Wisconsin-Madison. Scattering occurs when light rays hit particles in the air, changing the direction of the light.

The color we see is determined by the different wavelengths of light, plus the size of the particles in the atmosphere. Maybe you remember learning about Mr. Rainbow, Roy G. Biv, back in elementary school. The acronym ROYGBIV refers to the colors of the rainbow in order from top to bottom: red, orange, yellow, green, blue, indigo and violet. It also represents the visible light spectrum, with violet having the shortest wavelength and red having the longest, according to NASA.

When the sky is the desirable bright red we so love in sunsets, it's an indication the atmosphere is full of moisture and dust particles. We see the red color because it has the longest wavelength in the spectrum. The shorter wavelengths, like blue, aren't visible because they are broken up. These same principles also explain why the sky is blue during the day. The blue light is scattered more than the other wavelengths because it travels in shorter, smaller waves, NASA reports.

Time of year is also a factor in fantastical sunsets. In the eastern half of the United States, late fall and winter are the seasons for the best sunsets, according to the National Oceanic Atmospheric Administration. This is because the normal weather patterns in this area usually result in a clean and clear lower atmosphere, increasing the likelihood of a postcard-worthy sunset.

You may have heard that air pollution, dust and even smoke from wildfires far afield can make our sunsets more vivid, but it's actually the opposite that is true, according to National Geographic. Large particles in the air — be it dust, smoke or pollutants — absorb more light than nitrogen and oxygen, the two most abundant gases in the atmosphere, and they scatter the wavelengths of light mostly equally, which mutes the color of a sunset.

One last thing affecting the likelihood of a good sunset is clouds, or lack thereof. Can you recall a postcard-worthy sunset you've ever seen without a cloud in the sky? Probably not. That's because clouds will reflect the last rays of the sun's waning light back toward the ground, creating a more vivid sky, according to the NOAA.

Even the type of clouds present can affect the quality of a sunset. Typically, the best sunsets are seen in skies with high and mid-level clouds like altocumulus and cirrus clouds, NOAA reports. Conversely, low-lying clouds like stratus and stratocumulus clouds rarely yield noteworthy sunsets. This is because the higher-level clouds intercept more sunlight that has not been muted by passing through the boundary layer, the space between the upper or "free" atmosphere and Earth.

In reality, there's a beautiful sunset to be seen just about every evening; we just can't always see it from our perspective on the ground, National Geographic reports. If you were to board a flight during an absolutely ordinary sunset, you may be shocked to see that this same ordinary sunset looks spectacular from your new perspective thousands of feet off the ground.

This can happen because on the ground, you are in the boundary layer of the atmosphere, where large particles tend to get trapped. As you take off and leave that boundary layer, that same sunset suddenly looks more vivid because your position and perspective have changed, according to National Geographic.