Nature curiosity: Why do some birds fly in a V formation? 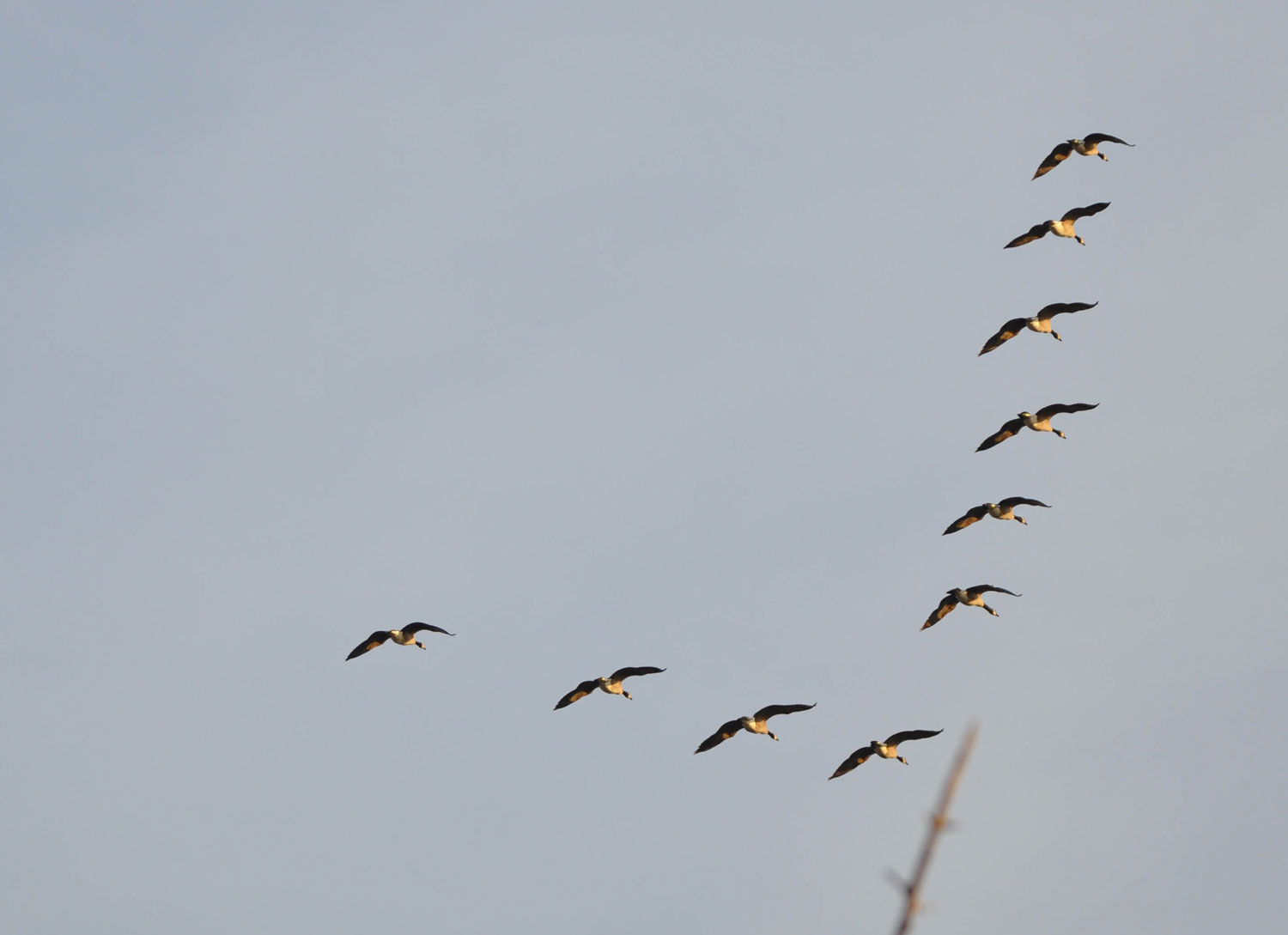 Most everyone has seen — or heard — a flock of Canada geese noisily pass overhead in their V formation. So why do these birds fly in groups, and how do they do it?

Many types of birds gather in flocks, but not nearly as many fly in flocks or formations, according to the National Audubon Society. For example, geese, pelicans and other types of waterfowl often fly in lines or V formations. Canada geese are perhaps the most well-known for flying in formation.

For these migrating birds, flying in groups or formations is a way to conserve energy. The birds in the formation expend less energy flying than they would if flying alone, according to the Peggy Notebaert Nature Museum. In fact, studies have shown that geese flying in their recognizable V formation expend only half as much energy as they would flying alone or in another configuration.

The energy savings is the same phenomenon achieved when jets fly in formation, which uses less fuel than flying singly. When in formation, a bird — or jet — benefits from lift by flying in the updraft created by the birds in front of it. The birds at the front of the formation do not save as much energy as the birds in back because there is no updraft for them to fly in. That's why the bird in the front of the formation will switch places and allow another bird to take the lead when it gets tired.

Of course, not all migrating birds travel in formations. Some, like hummingbirds and sparrows, are too small to achieve any energy-saving benefit from flying in formation, according to the Peggy Notebaert Nature Museum.

Other birds often congregate in large groups, but not for the purpose of migrating. Most notably, European starlings and sometimes blackbirds and some species of shorebirds congregate in huge masses called murmurations. These aerial displays often seem to defy science, appearing almost fluid-like in their movements. At speeds of up to 40 miles per hour, the birds in these murmurations seem to move as one, making sharp and tight maneuvers as one unit, according to the National Audubon Society.

Murmurations can include hundreds, thousands or even tens of thousands of birds. When starlings congregate in these spectacular displays, it's usually because a predator is nearby, according to the Cornell University Lab of Ornithology. When a falcon or another predator is close, the starlings congregate in the murmuration to put distance between themselves and the predator.

How these murmurations move in such concise, synchronized movements has been the subject of much research through the years. These groupings of birds and their movements involve a complex and not often observed scientific phenomenon called scale-free correlation, the Cornell Lab reports.

Basically, the birds in the murmuration move as one unit because each bird is influenced by the movement of all the others around it. Unlike birds flying in a V formation, which have an obvious leader, the starlings in a murmuration respond — almost instantaneously — to the birds around them, according to the Cornell Lab. If one bird moves to change course or speed, so do the other hundreds or even thousands of birds. The large-scale result of these correlated movements are the visual displays in which they bird appear to move as one.