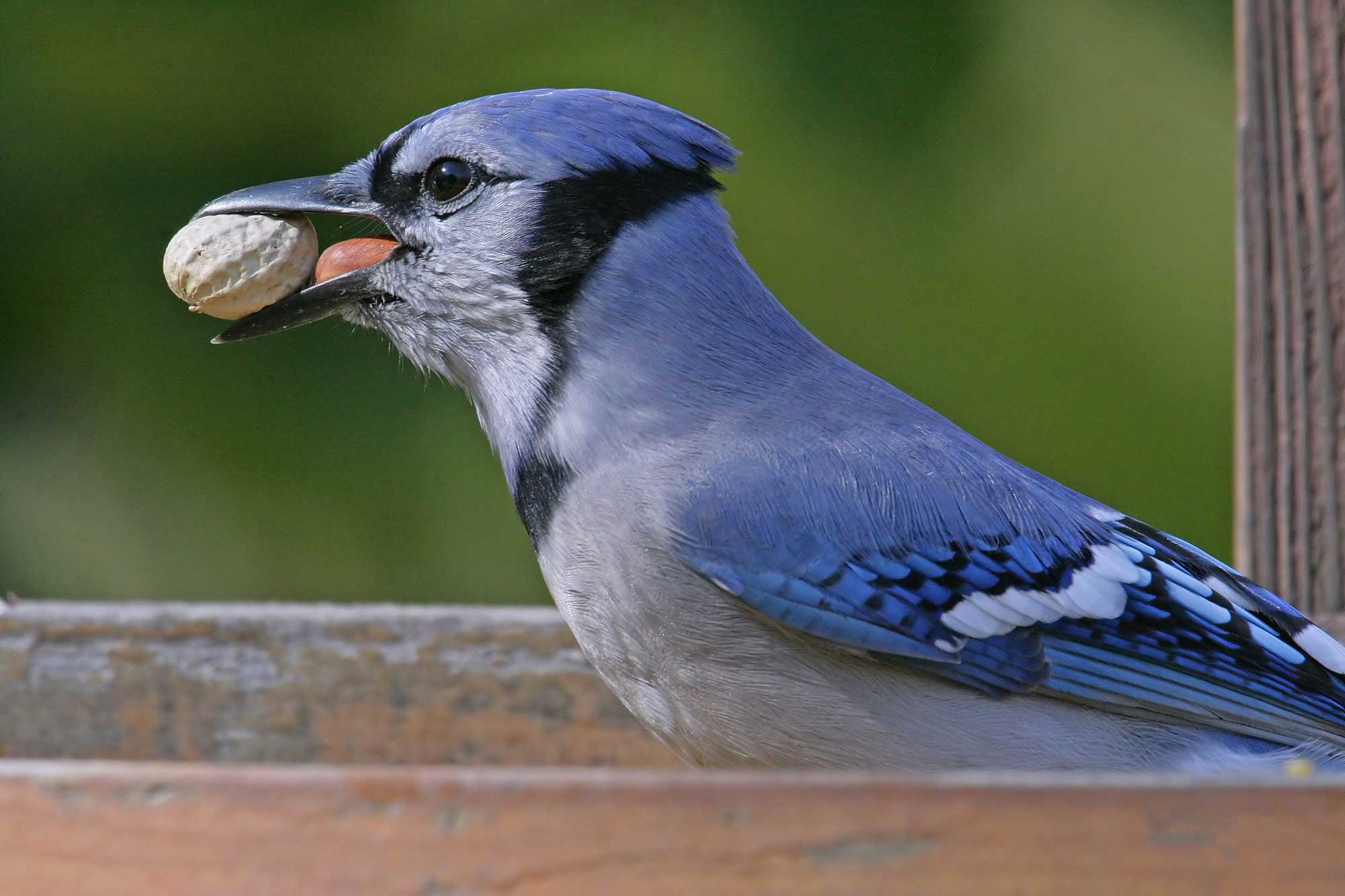 The bright blue hue of a blue jay can be an eye-catching sight set against the dreary, drab backdrop of winter. In actuality, though, blue jays aren't really blue. Instead, the blue appearance is a trick of science, an optical illusion of sorts.

Whereas a cardinal, for example, gets its red plumage from red pigment, blue jays don't have any blue pigment. In fact, blue pigment is rare in nature. Instead, the pigment in a blue jay's feathers — melanin — is brown, but we perceive it as blue because of a phenomenon called light scattering, according to the Cornell Lab of Ornithology.

Light scattering is similar to the effects of a prism. A blue jay's wings contain tiny pockets made of air and keratin, the same protein that makes up our hair and fingernails. When light hits these pockets in the blue jay's feathers, all of the colors of the wavelength except blue are absorbed. The blue wavelength is refracted, which is what allows us to see the feathers as blue in color, according to the Cornell Lab.

This optical illusion is not unique to blue jays. This same trick of the eye gives all blue-colored birds, including indigo buntings and bluebirds, their brightly colored appearance; none have any blue pigment.

You can observe this phenomenon yourself if you happen to have a feather from a blue-colored bird. If you look at the feather in normal light conditions, it will appear blue, just as it does when you see the bird in nature. If you backlight the feather, however, it will appear brown. This is because the light won't be reflected back — there is no prism effect — so we will see the melanin in the feather instead of the reflection of the blue light.

The iridescent feathers on the throat of many hummingbird species undergo a similar effect. Because of the microscopic barbules in their feathers, light that passes through is refracted similar to a prism, giving the appearance of rich iridescent colors, the Cornell Lab reports. Looked at in dark or other poor light conditions, the feathers appear much duller in color.