Nature curiosity: How do deer stay warm in winter? 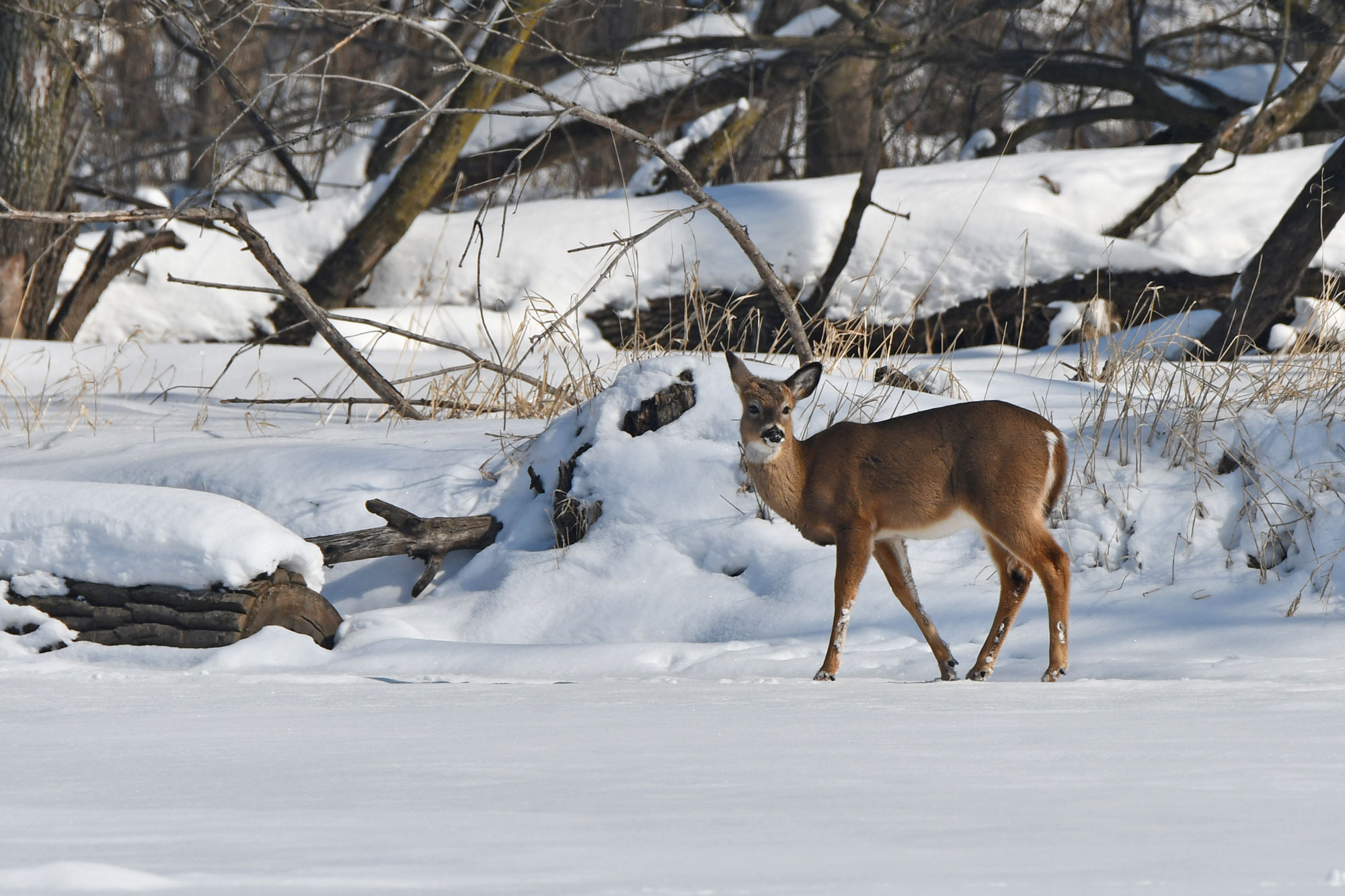 Winter weather can be brutal — icy and frigid with whipping winds that make you want to just cozy up inside for long stretches. So how do deer survive the cold when they have no way to escape it?

White-tailed deer, the deer species we see across northern Illinois and throughout much of the United States, rely on both adaptations and behavioral changes to help them survive a long, cold winter. First, in preparation for winter, they begin to add extra fat to their bodies, which helps better insulate them against the cold, according to Tufts University. They also shed their summer coats in fall, and longer, thicker fur grows in to replace it.

The fur in a deer's winter coat is hollow, which allows air to be trapped. The trapped air makes it easier for the deer to retain its body heat, according to the National Wildlife Federation. This design is similar to that of multipane windows and building insulation, keeping warmth in and cold out.

Their winter coats are brown or grayish-brown in comparison to their lighter-colored reddish-brown summer coats. Because their winter fur is darker, it absorbs more sunlight to help keep them warm. Their skin also produces an oil that makes their fur water repellent, providing protection against cold, wet snow, Tufts reports.

Deer continue their usual diet of grasses, stems, twigs and other plant material in the winter, but they also add nuts, berries and sometimes mushrooms. These foods contain more calories than their usual diet, allowing them to store more energy, Tufts reports.

White-tailed deer also change their behavior to help them survive winter's harsh conditions. They are much less active in the cold months, which slows their metabolism and requires them to eat less and conserve energy. They also tend to shelter in areas that provide more cover from the conditions but are near a good source of food.

When the weather is particularly harsh, deer act just like we do: They hunker down, sometimes staying in place for days. But unlike us, deer don't have a steady supply of food while hunkered down, so they instead rely on their fat stores to help them survive.