The animal kingdom is full of stinkers 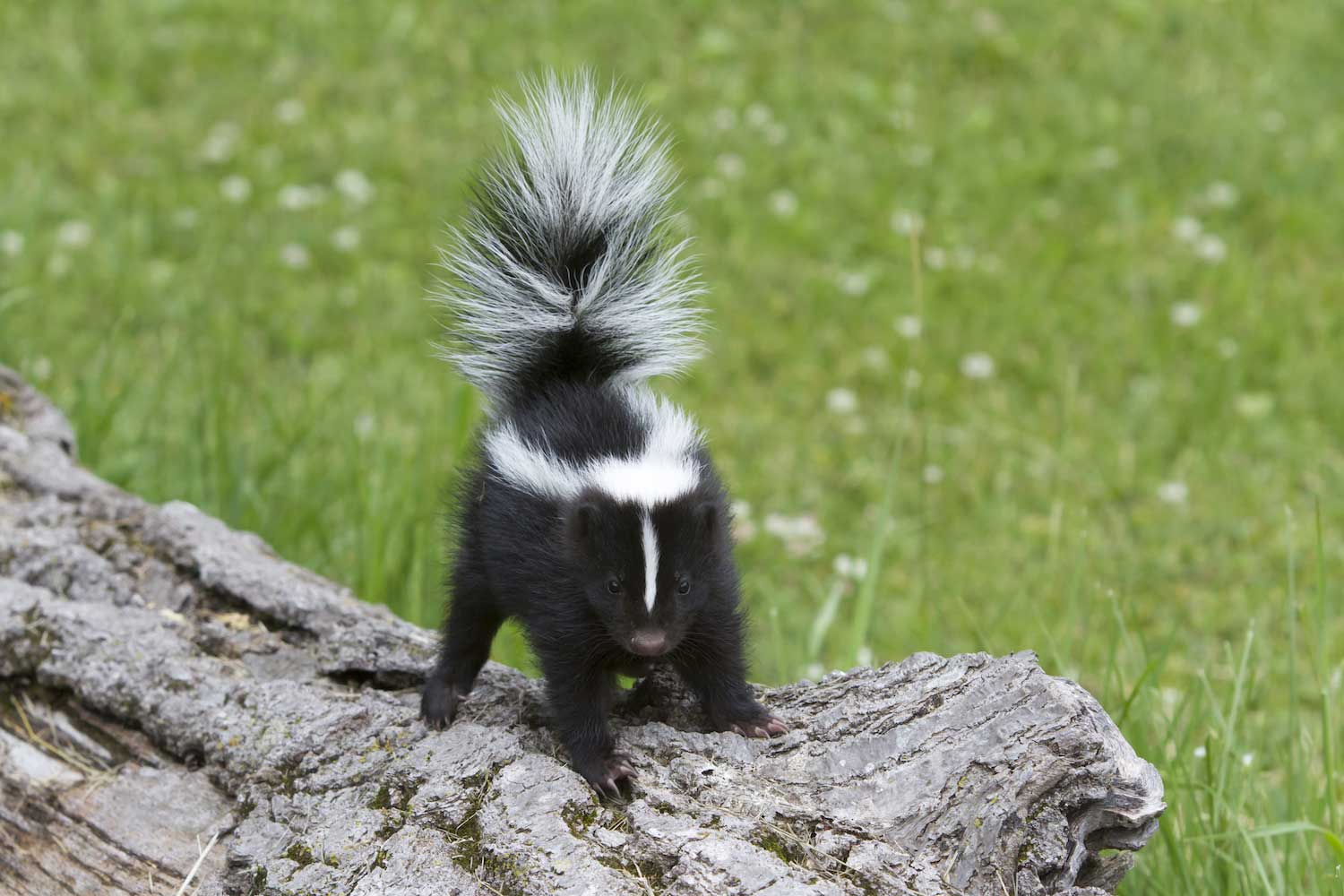 When it comes to animals with an off-putting odor, a certain black-and-white critter quickly comes to mind, but skunks aren't the only stinkers in the animal kingdom.

Some animals are even named for their odor-producing ability. Muskrats got their common name because of the foul, musky smell they produce during mating season to mark their territories, according to the Indiana Department of Natural Resources. Similarly, musk oxen are named for the musky odor that males produce to attract females during mating season.

Opossums' well-known defense mechanism of playing dead has a stinky component as well. When they are playing dead, opossums also defecate a smelly green mucous to further sell the act, National Geographic reports.

Bombardier beetles probably come closest to skunks in matching their method of defense. The beetles, of which there are more than 500 species living all over the world, may even one-up skunks with the foul-smelling, burning-hot caustic liquid they can spray at potential predators. So dangerous is the bombardier beetles' spray that the components have to be stored separately in their bodies until the point of release so the beetles themselves aren't harmed by it, according to National Geographic. When sprayed, predators of the beetles are typically painfully incapacitated, but only temporarily.

The appropriately named stink bug is another insect that uses smell as a means of defense, unleashing an unpleasant-smelling odor when they are disturbed — or stepped on, according to the U.S. Environmental Protection Agency. A lesser-known stinking insect is the millipede, which, like a stink bug, will release a foul-smelling secretion if disturbed or stepped on, according to the Illinois Department of Public Health. These many-legged creatures, which sometimes make their way into homes, don't bite or cause harm to humans, but you may notice an unpleasant odor lingering on your hands if you handle one.

A few bird species deploy a similar defense mechanism to skunks, but with a twist. Vultures, including our local turkey vultures, will vomit when they feel threatened, National Geographic reports. And because vultures primarily eat the carcasses of dead animals, the smell of their vomit usually has the intended effect of keeping predators away.

Vultures, though, have nothing on the hoatzin, a South American bird that smells like cow manure, according to National Geographic. Hoatzins, which are called stink birds, eat mostly leaves, and they are the only bird known to digest by fermentation, just like cows do. This fermentation process is what causes the unwelcome smell.

Still, though, even with so many stinky animals around, it's the skunk that takes top prize. Their famous means of defense is effective both because of the noxious odor, which is the result of an active ingredient called n-butyl mercaptan, and because of how they deploy it. Skunks can spray up to 15 feet, and they have enough of the substance that they can discharge it up to five times consecutively, according to Mass Audubon.

Skunks are slow movers, which is why their defense mechanism is so important. If you encounter a skunk, you should stand still or back away from it slowly, Mass Audubon advises. Skunks give off a warning before they spray by arching their backs, raising their tails, stamping their feet and turning their backs toward the threat to prepare to spray if needed.

If you — or your pets — find yourself on the receiving end of a skunk's noxious spray, wipe away what you can with a paper towel or something disposable. Next, make a solution of 1 quart of 3 percent hydrogen peroxide, 1/4 cup of baking soda and 1 teaspoon of dish detergent, then apply it to your skin and hair — or your pet's fur — with a cloth, taking care to avoid the nose, mouth and eyes.

A note of caution: Hydrogen peroxide can have a bleaching effect and may cause discoloration of fabric or lightening of pet fur and human hair.