Think twice before your drop that apple core on the ground; it's still littering 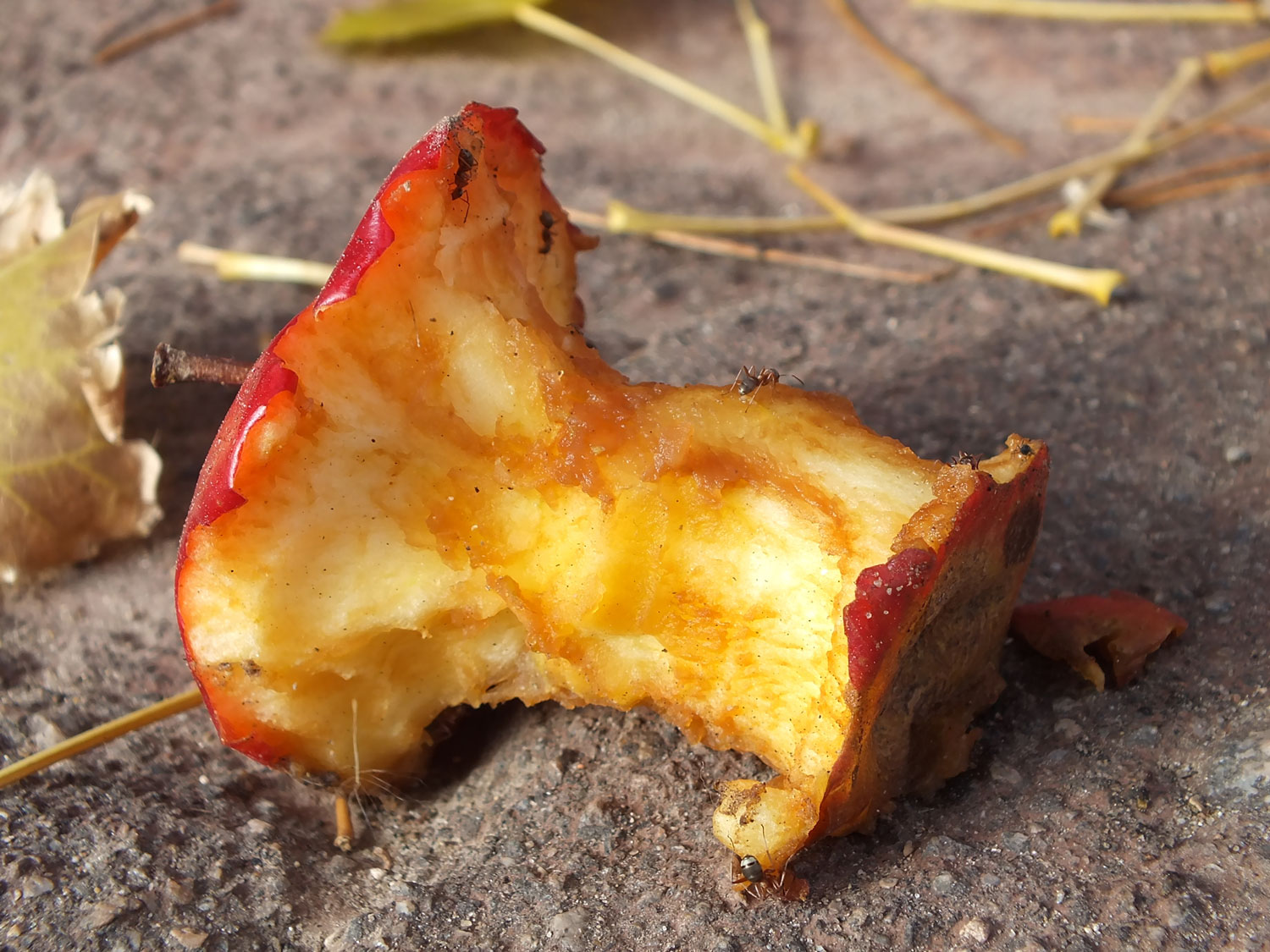 The idea that natural items like banana peels aren't actually litter is a myth rangers from Glacier National Park in Montana are trying to bust, spreading the message in a recent Facebook post.

Apple cores and banana peels might not have the same lasting effect as plastic, which takes 400 years to break down, but they still can be slow to decompose, depending on the environment they are left in.

"If animals don’t eat the food waste, decomposition will likely take much longer than you expect," according to the Facebook post from Glacier National Park. "Some fruit products can take years to decompose depending on the environment they are in!"

And that's not all. There are actually plenty of reasons to make sure all your food waste is properly disposed of instead of just leaving it behind after a snack break. To start, it isn't good for the wildlife. Glacier National Park staff use the example of tossing a partially eaten apple out the window of a car. An animal may find it and eat it, learning that searching along roadways is a good place to forage for food. This, of course, increases the likelihood the animal will be struck by a vehicle.

In addition, the food waste we leave behind isn't typically part of their natural diet, so it will be difficult for animals to digest. And what we leave behind isn't exactly choice scraps, Treehugger reports. There's a reason we don't eat orange and banana peels, so wild animals will likely just pass them up for more tasty — and appropriate — foods.

Consider, too, that many of these natural foods people leave behind aren't natural to the area they are leaving them. Bananas don't grow in northern Illinois, so tossing banana peels aside in the forest preserves instead of properly disposing of them in a trash can isn't a great idea. The seeds from the fruit and vegetable waste that is left on the ground can lead to growth of non-native plants in our outdoor spaces, according to the Glacier National Park Facebook post.

Plus, it's just plain gross. Have you ever seen or smelled a compost bin? It's not exactly a sweet-smelling concoction, and that's the point. Rotting food isn't usually pretty to look at or smell, so don't leave it behind for other people to encounter.

The bottom line is that littering is littering, no matter what you're leaving behind. Instead of convincing yourself you're doing a good deed when you drop your apple core on the ground, heed this well-known refrain: Take only memories, leave only footprints.