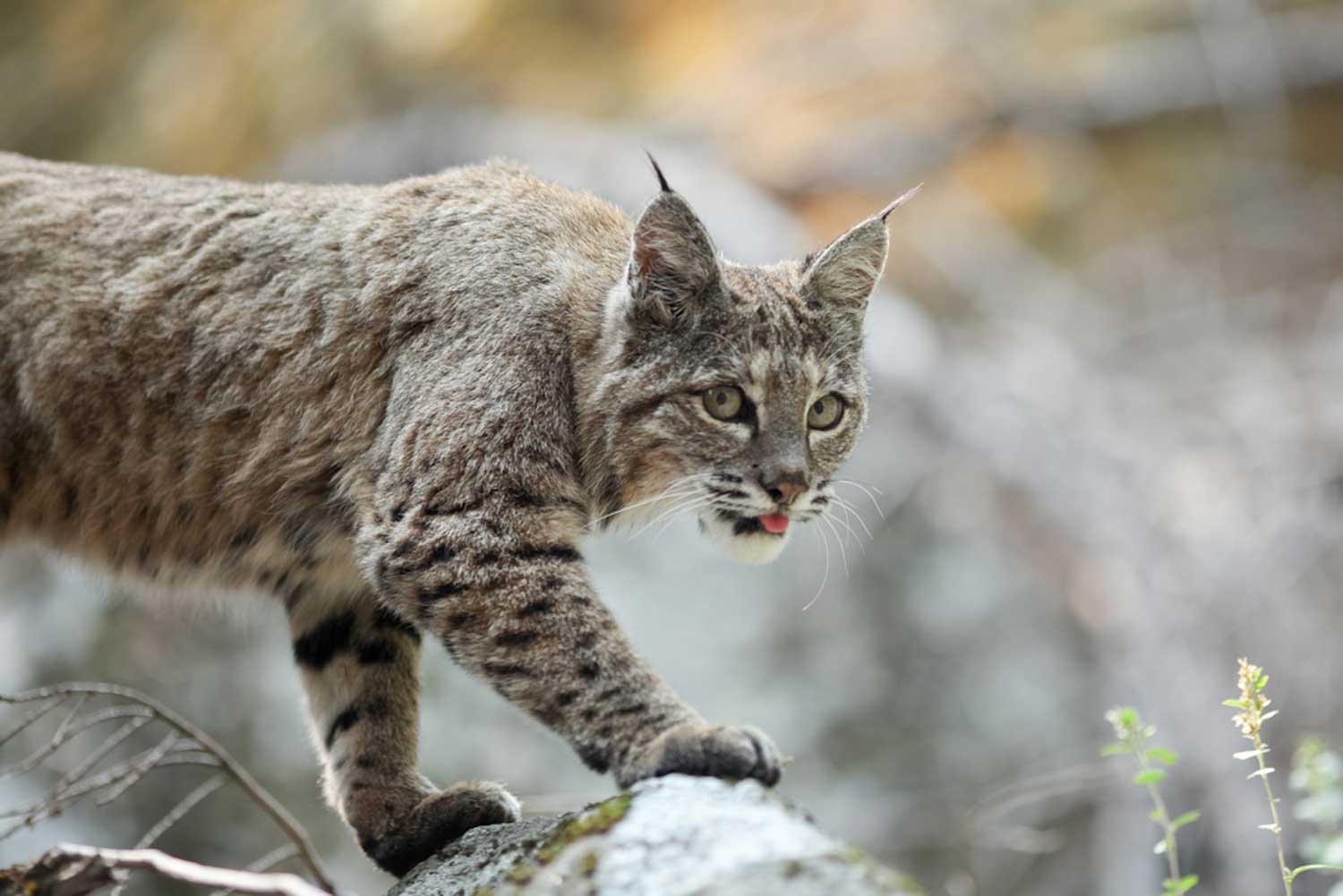 Among wildcats, bobcats are the most abundant in the United States, but that doesn't mean you are likely to see one roaming through your neighborhood any time soon.

Because bobcats are shy and secretive, they are good at remaining unseen by humans, even in areas where their dens and hunting grounds are nearby, according to the Illinois Department of Natural Resources. They also are typically most active at night, as well as at dusk and dawn, which further allows them to remain hidden away from view.

Bobcats were once common in Illinois, but their population declined dramatically in the 1800s because of changes to their habitat and unregulated hunting and trapping, IDNR reports. Because of these population losses, they were included on Illinois' first official list of threatened species in 1977.

The wildcats responded well to conservation measures, and they were removed from the state's threatened species list in 1999. Today, their population in Illinois continues to grow, and an estimated 5,000 bobcats live across the state, according to IDNR.

Bobcats can look similar to house cats, but they are about twice the size, IDNR reports. They also have short tails and tufts of fur at the tips of their ears that make them easy to identify. Learn more about these animals below.

Like many animals, bobcats are named for their appearance. Unlike domestic cats and other wild felines, bobcats have short, bobbed tails that are only about 5 inches to 6 1/2 inches long, according to IDNR. Bobcats are closely related to the Canada lynx, and the two cats are similar in appearance, although bobcats are smaller.

Bobcats are sometimes simply called wildcats, although this term is also used as a description for all felines that live in the wild. Other wildcats native to the United States include jaguars, cougars (also sometimes called mountain lions, pumas or panthers), ocelots and jaguarundis.

Bobcats typically stand between 20 inches and 23 inches tall at the shoulder and are between 30 inches and 35 inches in length. Their weight varies greatly, from about 10 pounds to 40 pounds. Female bobcats are about one-third smaller than males.

Their fur can vary in color, from buff to yellowish-gray to brown, and they typically have darker brown or black stripes or spots on all or part of their bodies, according to the University of Michigan's Animal Diversity Web. The fur on their bellies and inner legs is usually white or yellowish in color, with black spots. In the summer, their fur often appears to have a reddish tinge to it. In addition to their ear tufts, they also have ruffs of fur running along the sides of their heads, which look like sideburns. Their short tails typically end in a black tip.

These cats live in a variety of habitats, from mountains to deserts. In Illinois, they prefer large wooded or forested areas, according to IDNR. Bobcats sleep in dens, and they often choose hollowed out logs and trees, fallen trees, rock piles, caves and thickets. They'll also sometimes use abandoned buildings for dens.

Bobcats are solitary, and males and females typically only interact during the mating season, typically in early spring, Animal Diversity Web reports. Baby bobcats, called kittens, are usually born in late spring and early summer. They stay with their mothers until they are about 8 months old, going off on their own sometime during winter.

When food is plentiful and easy to find, they gorge themselves, and then may not eat for a period of several days, IDNR reports. They hunt almost exclusively at night unless food is scarce. To catch prey, they stalk them and then pounce, biting their catch on the neck.

As carnivores, bobcats are predators, and they help control the populations of the animals they hunt. In the past, bobcats were widely hunted and trapped for their fur pelts, which were valuable. This is less common now, and the biggest threat to their population is habitat loss and habitat destruction, according to the Smithsonian National Zoo.