5 things to know about groundhogs, the star of the day 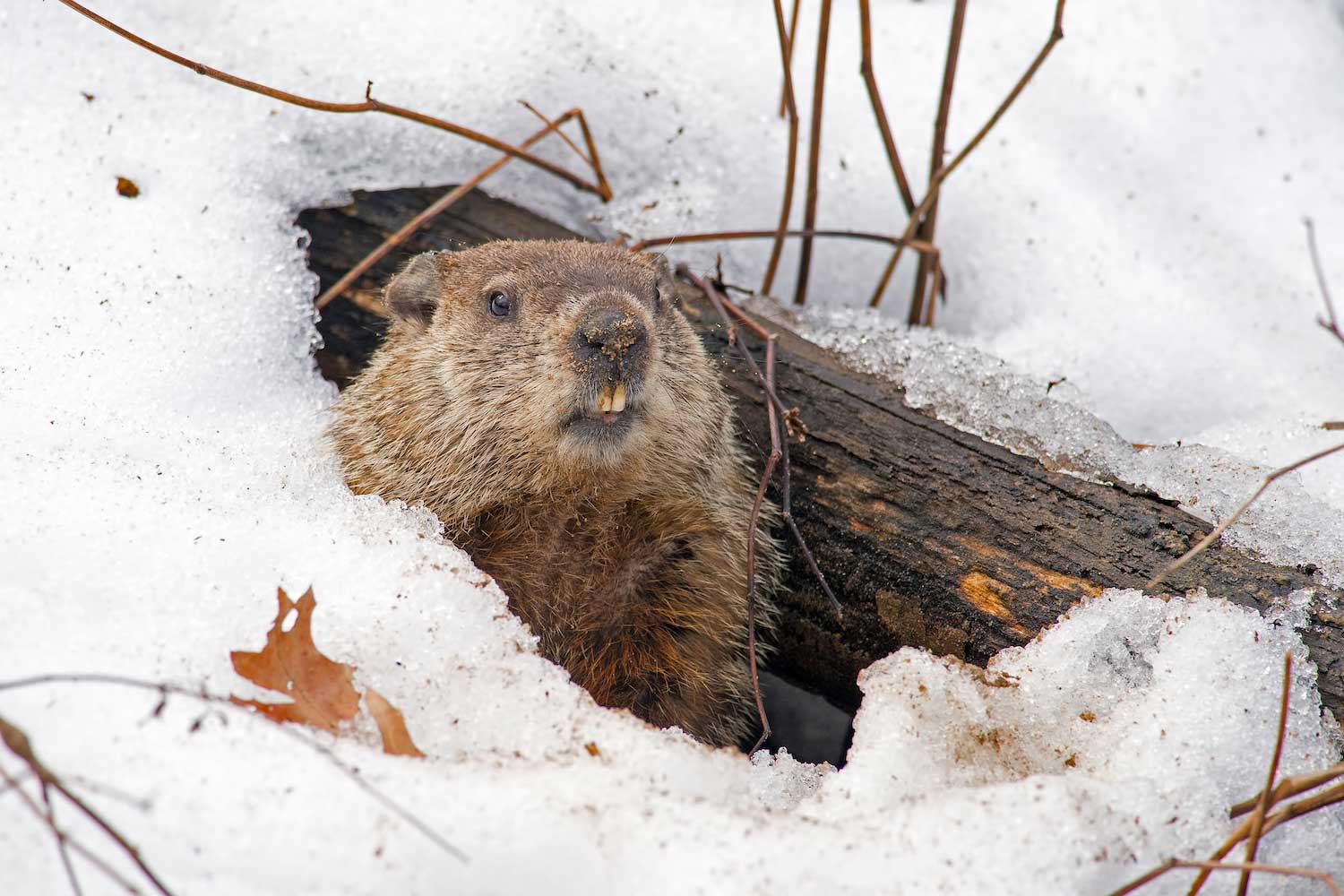 It is, once more, time for the groundhog to revel in its annual day of glory. Yes, it's Groundhog Day yet again, putting this mammal in the spotlight for a brief moment as we look to it to tell us what our future weather holds. Will Punxsutawney Phil see his shadow and curse us to six more weeks of winter? Or will Phil's missing shadow bless us with an early spring?

The legend of Punxsutawney Phil gets a lot of attention every year, but you probably already know that whether he sees his shadow has more to do with whether February 2 is a cloudy or sunny day than anything else. Who can blame us though for seeking out a groundhog for some good news? By February, most of us are dreaming of the warmer weather to come, and if a groundhog helps us be hopeful for even just a fleeting moment, so be it.

While groundhogs don't have any special prognosticating skills when it comes to the weather, they are interesting creatures nonetheless. They are rodents, more specifically a type of rodent called a marmot. Marmots are most closely related to squirrels, which makes groundhogs a sort of large ground squirrel, National Geographic reports.

Like many animals, groundhogs are typically solitary, only coming together to mate. They do have a rather unusual greeting, however, in those rare times when they meet each other. When this happens, one groundhog will touch his nose to the mouth of the other groundhog, Scientific American reports. You might call it kissing, but scientists call it naso-oral contact.

Intrigued by these creatures? Here are five more fun facts.

Phil has been predicting the weather for a long time

The world's most famous groundhog — or, rather, only famous groundhog with the exception of the Forest Preserve's mascot Willy — has been predicting either an early spring or six more weeks of winter for more than a century. The legend dates back to 1886, when the newspaper in the western Pennsylvania town of Punxsutawney first published a report that local groundhogs had not seen their shadow on February 2, which was a sign of an early spring.

The Punxsutawney Groundhog Club would like you to believe there is just one Phil, but with a maximum lifespan of just six years in the wild and possibly as many as 15 years in captivity, this is, of course, an impossibility. Still, though, the club is mum on just how many groundhogs have played the role of Phil through the years, instead claiming him to be immortal.

According to official records kept by the club, Phil sees his shadow far more often than not. Between 2010 and 2021, however, the results were more mixed. In seven of those years, he saw his shadow, forecasting six more weeks of winter. In four years, he predicted an early spring.

They are one of our area's few true hibernators

This whole business of Punxsutawney Phil predicting the weather is possible in part because groundhogs are one of the few animals that are true hibernators. Groundhogs enter into a state of deep sleep in late fall and remain hibernating for about three months, emerging in late winter.

During this deep sleep, their metabolic rate is much lower than while they are active, which means they aren't as reliant on their fat stores than they would otherwise be if they were active. Still, though, groundhogs lose about 25 percent of their body weight during hibernation, the wildlife federation reports.

They have big appetites

If you're going to sleep the winter away, you're going to need to make up for it by packing it in during spring, summer and fall. To that end, groundhogs have been known to eat 1 pound or more of vegetation at a time, the wildlife federation reports. One pound of food may not seem like much, but it's the equivalent of a 150-pound person eating 15 pounds of food in one sitting.

Groundhogs mostly eat plant matter, with their preferred foods being clover, alfalfa and dandelion, according to the Animal Diversity Web. They also eat leaves, bark, bird eggs and insects. The frequent eating sessions help keep their teeth in check, which is necessary because, like all rodents, their upper and lower incisors never stop growing.

A groundhog's incisors can grow one-sixteenth of an inch each week, but luckily all that eating helps grind them down with each bite as long as they are properly aligned, the wildlife federation reports. When not properly aligned, the teeth aren't able to be grinded down, which can be deadly for the animal.

They are referred to by many names

What you call a groundhog others may call a woodchuck. That's right. Groundhogs and woodchucks are the same creature. And those are just two of the many names they go by, albeit the two most common monikers.

Some people call these creatures whistle-pigs, a nod to the fact that they make a high-pitched whistling sound when startled, Scientific American reports. Other nicknames include mouse bear, because of their resemblance to a small bear when sitting upright, and land beaver.

While we are at it, let's settle this tongue-twisting riddle once and for all. How much wood would a woodchuck chuck if a woodchuck could chuck wood? None, because woodchucks don't chuck wood. Instead, the term woodchuck is derived from the Algonquian name for the animals, which was "wuchak."

Their homes are quite elaborate

Animals live in all sorts of spaces, and groundhogs have some of the more elaborate animal homes that we see. They live in burrows dug underground, and they can be a complex system of tunnels and chambers built at various depths below ground, National Geographic reports.

These burrows can be from 8 feet to 66 feet long, and they can have several different levels. The burrows usually have more than one entrance and exit, and different chambers in the burrows are used for different purposes, according to National Geographic. They may have one sleeping chamber they use during summer and another one they use for hibernating. They even have their own bathrooms, so to speak, with chambers they use exclusively for eliminating waste.