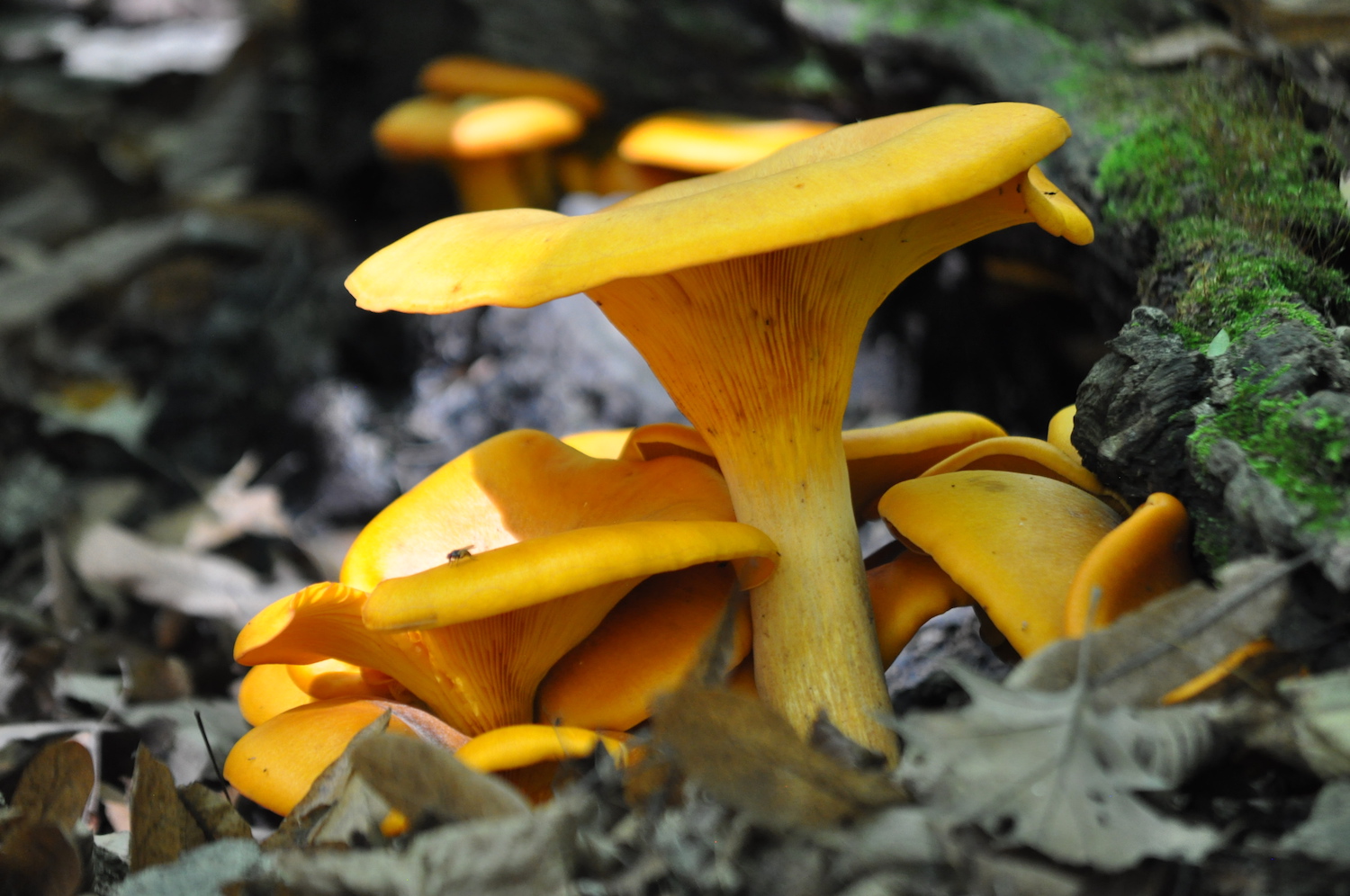 "There's fungus among us" may just be a clever saying, but it certainly rings true. Fungus is, indeed, all around us, in more places than you probably even realize. And as with many things, fungus is both good and bad. We need various fungi species to aid in our survival and keep the habitats all around us healthy, but some pose risks to our health and the health of other species.

Most people probably have a limited view and understanding of fungi. Chances are, mushrooms probably come to mind when you hear the term, but beyond knowing a mushroom when you see one, fungi remain mysterious.

Here's your chance to dive deeper into the world of fungus.

A fungus is neither a plant nor an animal, but fungi are more closely related to animals — including humans — than they are to plants.

Not that long ago, all living things were classified as either plants or animals. In those days, fungi were considered plants, LiveScience reports. Although thought of plants, there was a lot that set fungi apart from their so-called counterparts. For starters, they aren't capable of photosynthesis and cannot make their own food. This was among the reasons ecologist Robert Whittaker in 1969 proposed a new five-kingdom system of classifying living things. In this five-kingdom system, fungi are a kingdom of their own.

What makes fungi more like animals than plants is their food habits. They absorb nutrients and nutrition necessary for their survival from organic substances, rather than producing it as plants do, according to LiveScience. Fungi also have chitin (a fibrous substance that makes up the fungi's cell walls) just like animals do. Plants do not.

Since the 1960s, living species have further been studied and classified, but fungi remain a kingdom all their own, albeit with some species previously considered fungi being reclassified into other kingdoms.

It's more than just mushrooms

When you think of fungus, mushrooms are probably the first thing to come to mind. Mushrooms are fungi, but just one of many kinds. The fungi kingdom includes seven phyla: Chytridiomycota, Blastocladiomycota, Neocallimastigomycota, Microsporidia, Glomeromycota, Ascomycota and Basidiomycota, Britannica reports.

The fungi kingdom is also full of tens of thousands of species most people have never heard of, including aquatic species, species that live in the digestive tracts of plant-eating animals and parasitic species that are dependent on the other plants and animals for their survival. Mildew is a fungus and so are puffballs. In addition, lichens are a complex life form that exists as the result of a beneficial relationship between two organisms, a fungus and an alga.

Some mushrooms can glow in the dark

An eerie glow coming from a forest at night might stop you in your tracks, but that glow may just be a glow-in-the-dark mushroom. That's right; some mushrooms are capable of bioluminesence — that is, they glow in the dark.

We've known that some mushrooms glow in the dark for centuries, dating back to the days of Aristotle, who is the first person known to have noticed this property and questioned it, NPR reports. It wasn't until relatively recently — 2015 — that scientists were able to discover why some mushrooms give off a nocturnal glow.

Bioluminescent mushrooms use light-emitting compounds called luciferins to glow, which in turn attracts insects, Smithsonian Magazine reports. The bugs then spread the mushrooms' spores elsewhere in the forest, allowing the mushrooms to reproduce and the species to thrive even in areas where spore spreading is limited by low winds.

Mushrooms aren't alone in their use of luciferin. It's the same compound lightning bugs use to light up the night and what makes some sea creatures, including some jellyfish and sea stars, glow in the dark, according to Smithsonian Magazine.

More than 70 kinds of mushrooms glow in the dark, and there's even a special term — foxfire — for the light they emit, TreeHugger reports. Glow-in-the-dark mushrooms sound pretty exotic, and some bioluminescent mushrooms do grow in far-flung planes like Brazil and Vietnam. However, some of them can be found right here in Illinois. Mycena haematopus, known as bleeding fairy helmets, are one such mushroom found locally that is bioluminescent. Others include Omphalotus olearius and Omphalotus illudens, both known as Jack-o'-lantern mushrooms, as well as Armillaria gallica, Armillaria mellea and Panellus stipticus.

They can be deadly

Many mushrooms and other fungi are edible, but consuming them can have dire consequences if you don't know exactly what you are eating.

Yeast is a fungus, and we consume it all the time in various foods. And some types of mushrooms, such as truffles, are highly sought after, fetching thousands of dollars per pound. It's obviously safe to eat mushrooms you purchase from the grocery store, but foraging requires knowledge of mushrooms and what is safe and unsafe to consume.

Only 3 percent of mushrooms are poisonous, and symptoms from consuming toxic mushrooms can range from mild gastrointestinal discomfort to death, according to Cleveland Clinic. The most common toxic mushrooms are those from the Amanita genus, which are often called death caps. These mushrooms contain toxic compounds that can damage the liver.

These death caps don't look much different than what you might find at the supermarket, so use extreme caution when consuming mushrooms foraged from the wild. A safer bet would be not eating mushrooms that weren't purchased from a grocery store or another reputable source, Cleveland Clinic advises.

And a friendly reminder: It is a violation of the Forest Preserve District's General Use Ordinance to take mushrooms — or any flora or fauna — from the preserves.

They heal us, too

Fungus can make us sick, both from eating toxic mushrooms and from fungal infections, but safe fungi can be good for us and are even used in many important medications.

Some of the most common and crucial medications — including the antibiotics penicillin and cephalosporin — are produced using fungi, according to LiveScience. Other drugs that rely on fungi for their production include cyclosporine, a medication used to prevent transplant rejection, and lovastatin, which is prescribed to help lower cholesterol.

Eating mushrooms is good for your health too, because they are packed with 15 essential vitamins and minerals like zinc, potassium and vitamin B6, Time magazine reports. They contain antioxidants like ergothioneine and selenium, and they are one of the few dietary sources of vitamin D. Mushrooms also contain fiber and protein and are very low in carbs and fat.