Five things about those beautiful butterflies 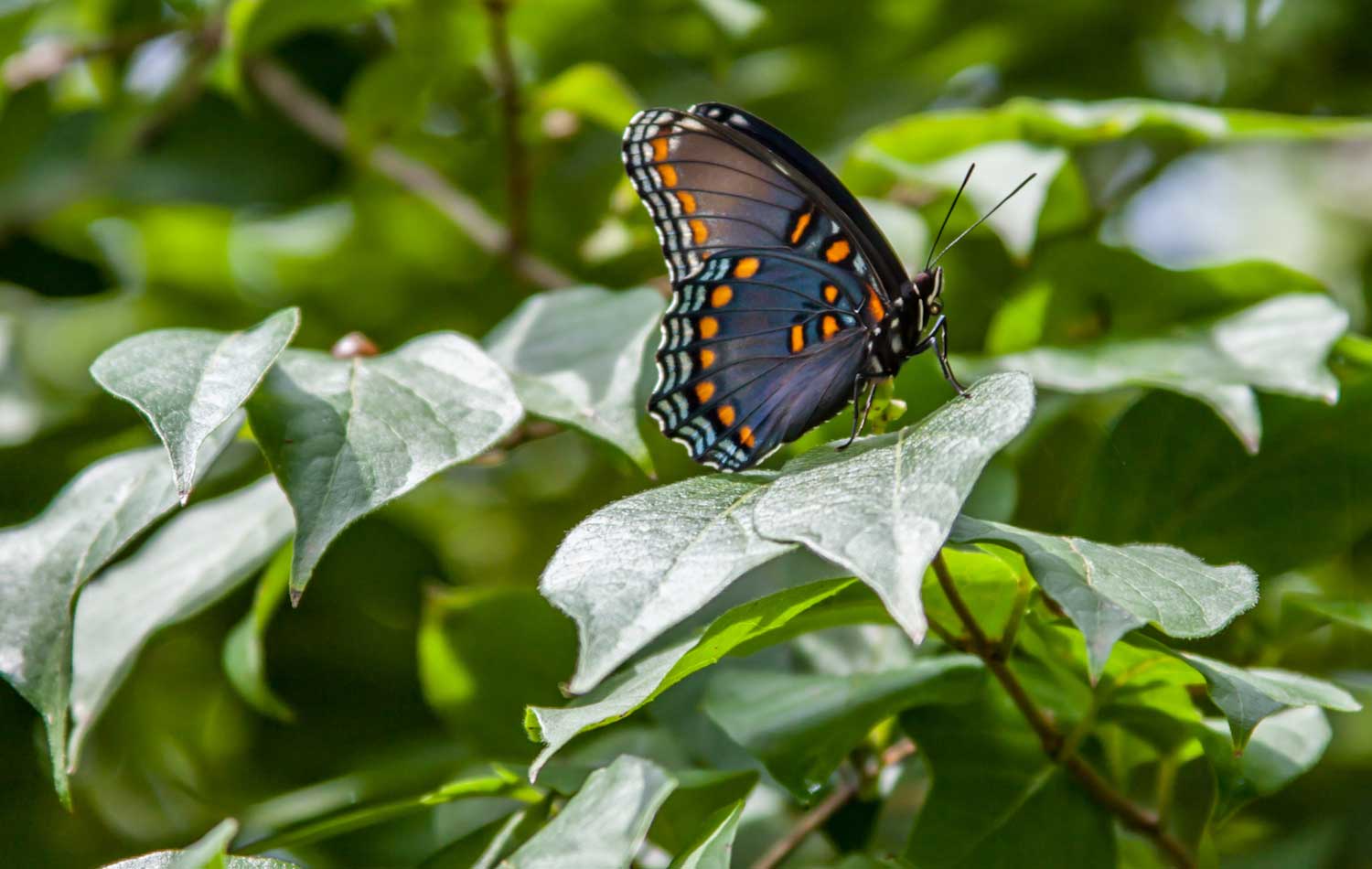 Butterflies are one of those creatures that always seem to delight, sparking awe and joy as they flutter by.

Butterflies belong to the order of Lepidoptera, along with moths. The order includes more than 180,000 species across the world, and most of these are moths. The world is home to about 17,500 species of butterflies, and about 750 live in the United States, according to the Smithsonian Institute. Illinois is home to 150 butterfly species, according to the Illinois Department of Natural Resources. And maybe you've heard of skippers too? Skippers are a type of butterfly. They are smaller than other butterflies, and they fly faster.

Butterflies live in just about every habitat, from rainforests to deserts to Arctic tundra, according to the San Diego Zoo. They live on every continent except Antarctica. We often think of butterflies as their own animals, but they are actually insects, like ants, mosquitoes and beetles.

What makes an insect an insect? They all have six legs and three body parts: a head, a thorax and an abdomen, according to the zoo. They also all have similar life cycles. Many people are familiar with the four-part life cycle of a butterfly, but it's the same for most insects. They start life as an egg, then as a larva, then a pupa and then as an adult. A butterfly hatches from its egg as a caterpillar (larva). The caterpillar will then undergo metamorphosis in either a chrysalis or a pupa and then emerge as a butterfly.

Curious to learn more about these winged beauties? Read on to learn five fascinating facts.

Their diet can be a little disgusting

Most butterflies drink nectar from flowers, but some species have more varied and unusual — and somewhat disgusting — diets. Some butterflies will drink tree sap, and others will drink from mud puddles, a practice called mud-puddling. They'll drink the muddy water to get necessary minerals and salt, according to the Peggy Notebaert Nature Museum. You might even be able to attract butterflies to your yard by leaving a muddy spot that puddles when it rains.

And mud-puddling doesn't just involve drinking up muddy water. They'll also feast on animal feces to get nutrients they don't get from nectar. And some will feast on animal carcasses, drinking up the fluids from the decaying animals, according to National Geographic. Even tears or sweat from other animals are a suitable meal because it provides necessary salts.

Butterflies don't bite or chew. Instead, they drink their food, whether it's nectar, sap, juices from rotting flesh or muddy water. To lap up their food, butterflies have a proboscis, which is essentially a tube-shaped tongue that works like a straw, according to the San Diego Zoo.

The proboscis lets them suck up their food like you would with a straw. When they aren't eating, they can tuck away their proboscises by coiling them up like a hose. Some butterflies and moths have very long proboscises. Take the Morgan's sphinx moth. It eats nectar from orchids, and the nectar is stored deep in the flowers. To reach down into the well of nectar, these moths have proboscises that are between 12 inches and 14 inches long.

They taste with their feet

Even though butterflies don't bite or chew, they are able to taste — with their feet. They use their sense of taste to determine where to lay eggs, according to the University of Kentucky Department of Horticulture. Using sensors on their feet, they taste a leaf they are standing on to see if their caterpillars will be able to eat it.

Many butterflies will only lay their eggs on certain types of plants. For example, monarchs only lay eggs on milkweed plants. The butterflies will recognize the plant from the shape and color of its leaves, but before laying eggs they will stamp or beat on a leaf with their feet to "taste" it to make sure it's a plant where they can lay their eggs.

Butterflies are cold-blooded, or ectothermic, according to the University of Kentucky Department of Horticulture. This means they cannot regulate their own body temperature like humans and other mammals can.

When you think about scaled animals, what comes to mind? A fish? Maybe a snake? These are two most well-known scaly animals, but butterflies are scaly too — or at least their wings are. In fact, Lepidoptera, the order of insects that butterflies belong to, translates to "scaly wings" in Greek, according to the University of Kentucky Horticulture Department.

The scales on butterfly wings are actually modified hairs, and they are arranged in overlapping rows. These scales are what give butterflies their often colorful appearances, the San Diego Zoo reports. As butterflies move about, they often lose scales as they brush up against plants or other objects. Butterflies cannot regenerate lost scales. That is why older butterflies may appear less colorful, and why touching a butterfly's wings should be avoided if possible because their colorful patterns help protect them against predators.