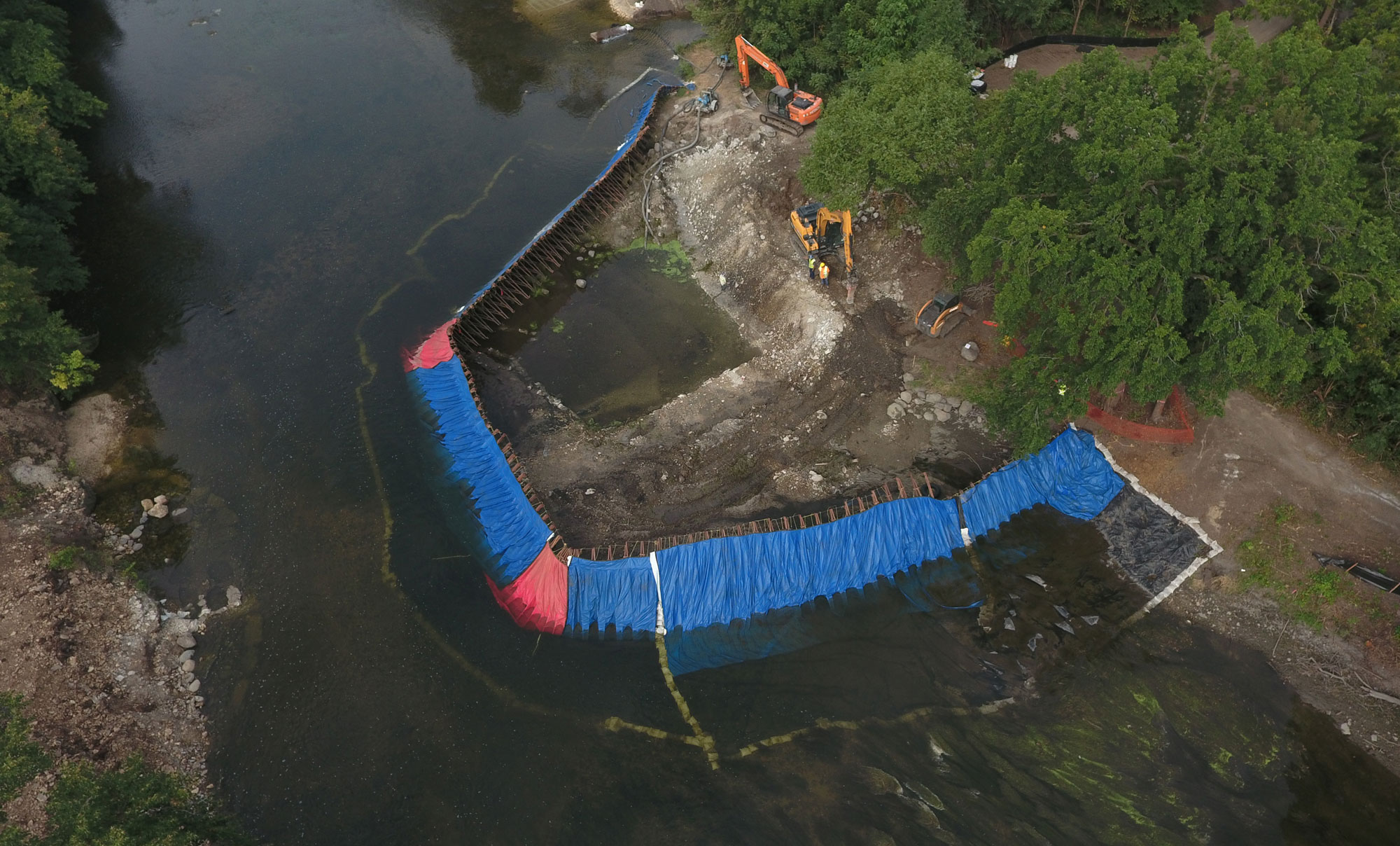 If you missed how and why the Forest Preserve District removed the Hammel Woods Dam last summer, a video titled "The Dam Project at Hammel Woods" is now available for viewing on the District's YouTube page.

Find out how the DuPage River was stopped in its tracks, half a side at a time, and 200,000 gallons of water were pumped out to make this river-enhancing project a reality.

The video explains why the dam was an impediment to the health of the river itself and the creatures that live in and around it. And it also explains the methods used to remove the 80-year-old structure.

The dam’s removal and modification, which were funded by the Lower DuPage River Watershed Coalition, took years to plan and involved permits from numerous regulatory agencies.

But once everything was set in place, the work was performed quickly. So quickly, some who were familiar with the dam may not have absorbed or realized exactly what happened and why. That is why the Forest Preserve District created the video chronicling this historic project.

The officials who oversaw the project and describe it on camera are: Ralph Schultz, the Forest Preserve District’s executive director; Jennifer Hammer, director of watershed programs/ecological restoration for The Conservation Foundation; and Matt Novander, the Forest Preserve’s chief landscape architect.

The video answers questions about how a dam’s removal can improve the environment, what the long-term effects will be and what the former dam site looks like now. Viewers who watch the video can also watch footage of machinery ripping through the limestone- and concrete-structure that was built in the 1930s by the Civilian Conservation Corps to create a small recreational pool of water.

Through the years, the river grew larger and the dam became only a wall impeding the flow of fish and macroinvertebrates. And while some dam fans were not happy about the structure’s removal, its time had come, Hammer explains in the video.

“Part of our human nature is to be a little resistant to change, but this change reflects what we’ve learned about the river, and that these types of structures are really bad for the health of the river," she explained. "It creates this wall. And so, although this is something different, it is something new to embrace because we are going to continue to really see really great things from this project.”