Use common sense when encountering coyotes during pupping season 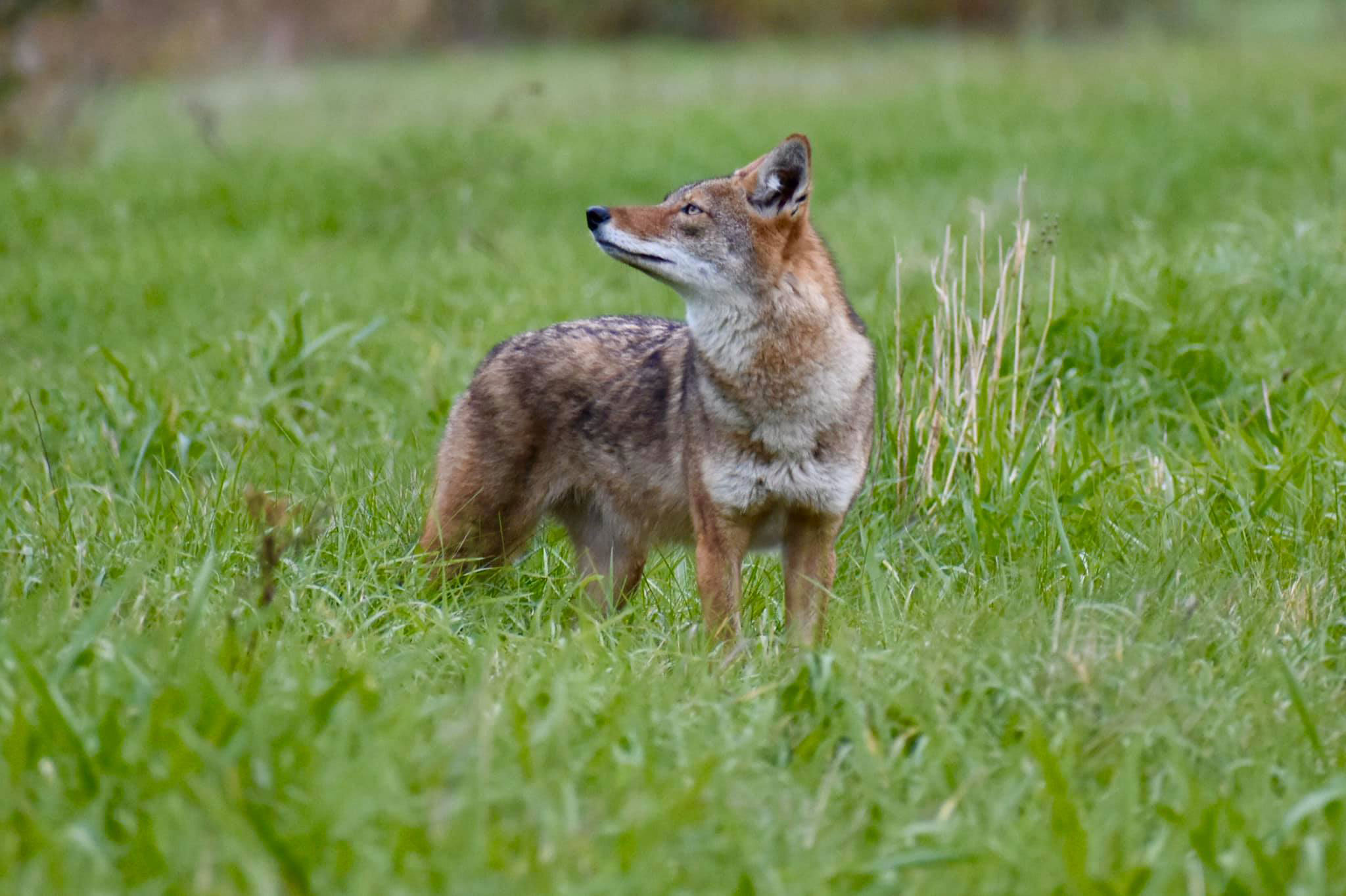 Coyotes might become more protective of their turf in the coming weeks as pupping season is underway.

And while hazing coyotes by making noise and waving your arms normally will scare the animals off most times of the year, they might be more protective and less likely to run away to protect their pups, according to information from an Urban Coyote Research Program report on the Urban Coyote Initiative website.

“Be aware that you may encounter a coyote who is trying to haze you away from his den by acting anxious and/or assertive," the report states. "He may attempt to escort you to a safe distance by hunching his back and walking towards you, or by vocalizing (barking or “huffing”). Please leash dogs and pick up small pets and leave the area calmly.”

While late winter mating season and spring pupping season might make coyotes more protective, it's important to remember that coyotes are living among us year-round and are getting more used to humans and their activities.

If you are still concerned with coyotes, watch this video featuring a talk by Lynsey White Dasher, the Humane Society's Director of Humane Wildlife Conflict Resolution.

The University of Illinois Extension’s “Living with Wildlife in Illinois” website also has tips for coyote encounters. “If a coyote approaches you, do not run," the site states. "Yell, stand up straight and wave your arms (the goal is to make yourself appear larger), or throw something (in the direction of, but not hitting) the coyote to scare it away.”

The Urban Coyote Research Project in Chicago recommends bringing something that can make noise to scare coyotes away. Some people shake a can filled with rocks, which seems to work, the group reported. Or a whistle could be used, too, advises the Flint Creek Wildlife Rehabilitation Center in Barrington.

“Don’t use retractable leashes that allow your dog to wander a long distance from you during walks,” Flint Creek further advised. “As an extra precaution, pick up your small dog if you see a coyote nearby. Third, don’t approach coyote pups or a coyote den. Coyotes may defend their young if threatened.”

Coyotes are becoming more common in Illinois and they can often be found living in suburban areas the creatures called home before development arrived. As humans and coyotes interact more and more, coyotes are becoming used to humans and so sightings may become more frequent, but attacks hardly ever occur.

“Attacks on humans are extremely rare considering the range and abundance of coyotes,” the Illinois Department of Natural Resources' website reported. “A study published in 2007 found 187 reliable reports of attacks on humans, most of which (157) occurred in California, Arizona and Nevada. Many of these incidents occurred where people were feeding coyotes intentionally, causing them to lose their fear of humans.”

Finally, the University of Illinois Extension’s website also reminds people of the importance of coyotes in nature. “Coyotes are valuable members of the wildlife community. They help keep populations of small mammals (including rodents) and rabbits under control. As Illinois' largest remaining predator they are an integral part of healthy ecosystem functioning.”

So if you see a coyote on a trail, give it wide berth, keep your dog close, and make some noise while appreciating this animal's place in nature.

Half-price permits will be available for purchase online, by mail or in person at one of four visitor centers. The permits can be used at all six Forest Preserve District dog parks through the end of 2022.