Bug bites are an annoying fact of life. If you spend time outdoors, they are an inevitable annoyance. Sometimes, they are annoying enough to drive us back inside.

Mosquitoes probably top most people’s lists of bothersome insects, but they have a lot of company. Some flies bite, and ticks can be particularly troublesome for people who spend a lot of time in wooded or grassy areas. Fleas can be problematic for people with pets, and chiggers are a practically invisible nuisance.

While we tend to think of insect bites as a summer problem, you’re not immune at other times of the year. Mosquitoes begin biting in spring, and ticks can be active any time the ground is above 45 degrees Fahrenheit, according to the Illinois Department of Public Health.

Here’s a look at the annoying insects and more that bite, plus how to protect yourself from their potential dangers. 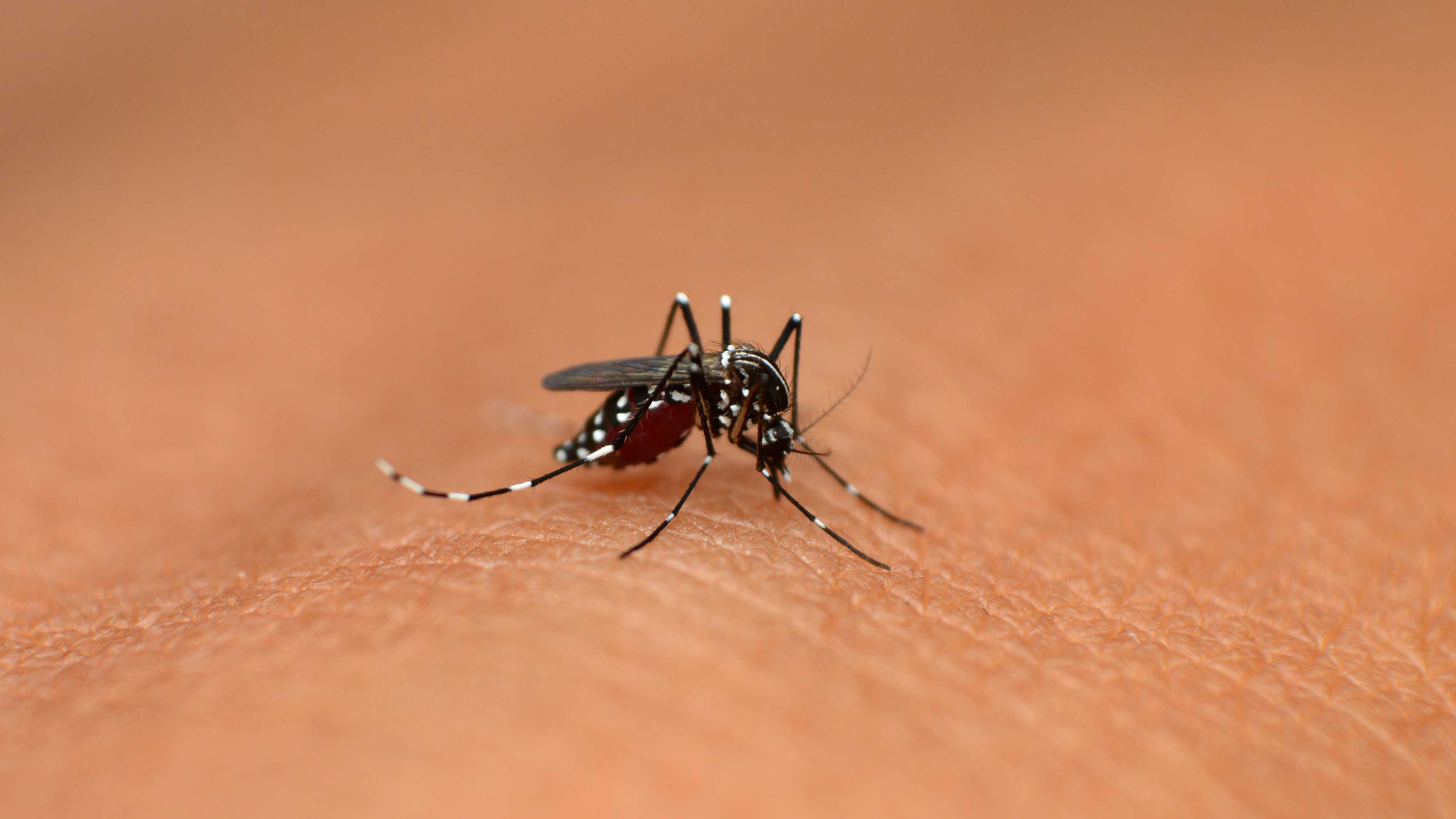 Illinois is home to two kinds of mosquitoes, Culex and Aedes, both of which can transmit diseases to humans. Culex mosquitoes typically bite at dusk and dawn, IDPH reports. They lay their eggs in natural and man-made sources of standing water, including small ponds, pools, bird baths, buckets and clogged gutters. The eggs won’t develop in running water or in water that has been present for less than a week, so it’s important to keep your yard free of these sources of standing water.

Mosquito-borne illnesses are spread by mosquitoes when they bite an animal, typically a bird, that is infected with the virus and then bite other animals, including humans, the health department reports. Many people who become infected with these viruses do not develop symptoms. In the case of West Nile virus, 80% of humans have no symptoms of infection, but others may develop a flu-like illness that in rare cases can cause life-threatening complications.

The best way to prevent mosquito bites is to avoid the bugs altogether, although that isn’t always practical. If possible, plan time outdoors around the most active times for mosquitoes, namely dusk and dawn. And if you are spending time outdoors during those peak times, use mosquito repellent.

DEET is the gold standard when it comes to repellents. Look for products containing 20 percent to 30 percent DEET to provide the best protection. Other active ingredients that can repel mosquitoes are picardin, which doesn’t have as strong of an odor and isn’t as sticky as DEET, and lemon oil of eucalyptus, which is derived from a plant but doesn’t last as long as DEET or picardin and should not be used on children. Always read and follow all label directions with any repellent you use, IDPH advises. 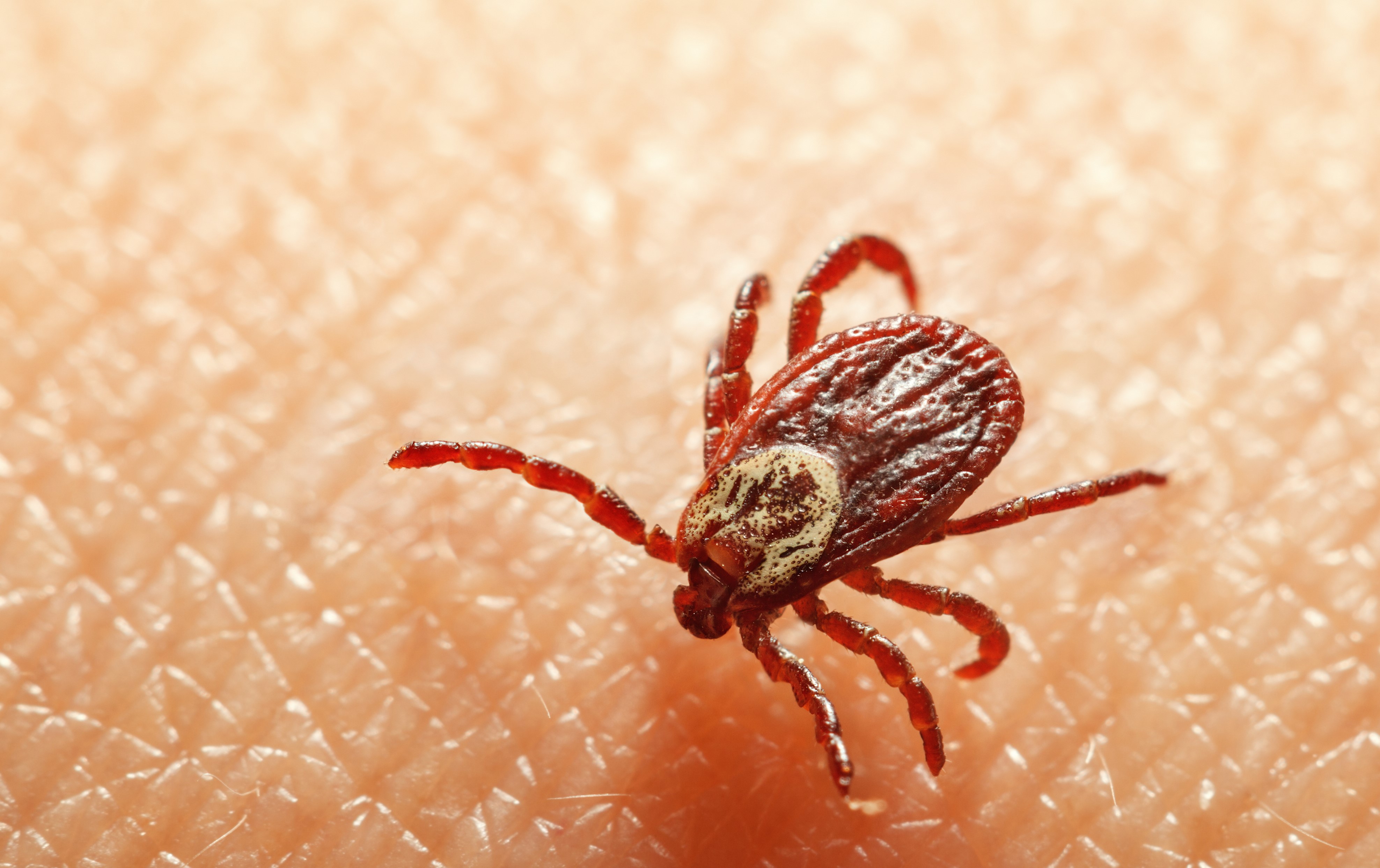 Ticks are arachnids, related to spiders and scorpions, and are not insects like mosquitoes. Even so, ticks bite humans and other animals, relying on their hosts for a blood meal. In fact, ticks are effective disease vectors because they firmly attach to their host and often go unnoticed for long periods while feeding, according to IDPH.

Ticks transmit several diseases to humans, including Lyme disease, Rocky Mountain spotted fever, tularemia, ehrlichiosis and babesiosis, according to the U.S. Centers for Disease Control and Prevention. If you’ve been bitten by a tick and develop a bull’s eye rash or an otherwise unexplained illness with a fever, contact your doctor and inform them you were recently bitten by a tick. Most diseases transmitted by ticks can be treated with antibiotics, but an earlier course of action is better for a good outcome.

More than a dozen tick species live in Illinois, but only a handful are likely to be encountered by humans: the American dog tick, also called the wood tick; blacklegged tick, also called the deer tick; brown dog tick; lone star tick; and winter tick. Of these, the American dog tick, the blacklegged tick and the lone star tick are known transmitters of disease to humans.

The best prevention against tick bites is to avoid tick-infested areas. If you visit wooded areas or areas with tall grasses, you should take precautions against tick bites. The best prevention is wearing protective clothing such as long pants, long-sleeved shirts, boots and a head covering and also tuck your socks into your pant cuffs, IDPH advises. Light-colored clothing is best, because it is easier to spot ticks against. You should also use an insect repellent containing 10 percent to 30 percent DEET.

When walking in wooded or grassy areas, stay in the center of a path so vegetation does not brush against you. Check yourself, your family and your pets for ticks every two to three hours when outdoors. If you find a tick, remove it promptly.

The best way to remove a tick is to grasp it firmly with tweezers as near to the skin as possible and pull firmly but gently to pull it straight out, IDPH advises. Do not twist it or jerk it, and do not burn the tick or use petroleum jelly or nail polish to smother it. Ticks that you have removed can be placed in a container of soapy water or alcohol or flushed down the toilet. 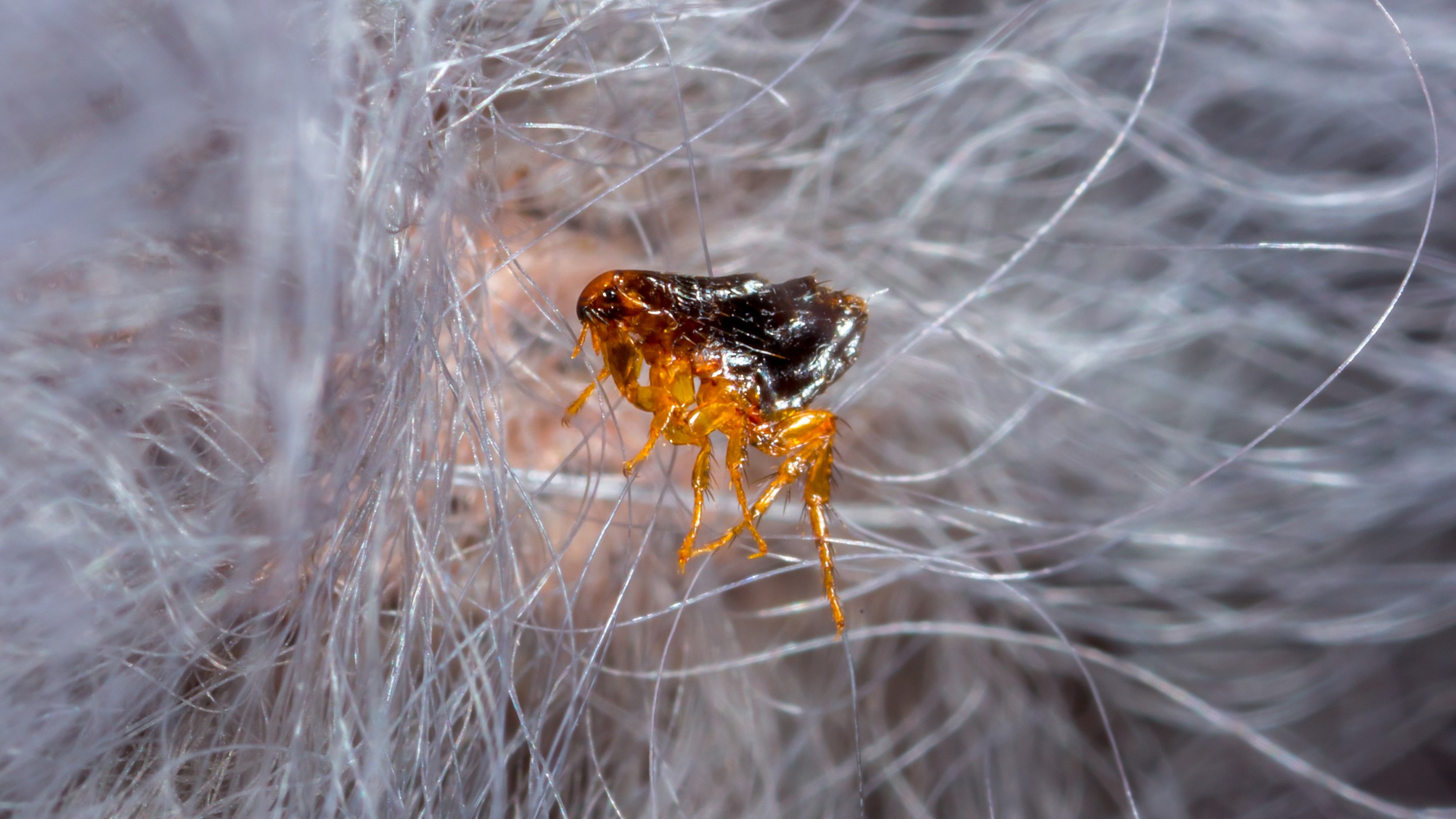 We typically think of fleas as a pet problem, but they bite humans too. In fact, there are many types of fleas, including cat fleas, dog fleas and human fleas, according to the state health department.

Cat fleas and dog fleas prefer cats and dogs, as well as some wildlife, including raccoons and opossums, although they can also bite humans when our pets bring them inside. Human fleas, however, prefer to bite humans and pigs. Even so, cat fleas are the type of flea to most commonly bite humans.

When cat fleas bite humans, a chemical in their saliva causes an immune system response that causes an annoying itching sensation, according to Purdue University. Flea bites most often are simply a nuisance, but cat fleas can cause cat scratch fever when infected cats lick, scratch or bite humans.

On rare occasions, humans come into contact with a few other flea species, notably the Oriental rat flea and the northern rat flea, which can transmit plague and murine typhus. Both plague and typhus are rare in humans living in the United States, according to the CDC. Plague occasionally occurs in humans in the Western United States, while typhus occurs mainly in tropical or subtropical climates. Both are bacterial infections, and while they can be serious or even life-threatening, they can be treated with antibiotics.

Bubonic plague is also transmitted by fleas, although it is rare in humans. It is most common in people who work or live in close proximity to rodents that carry the disease, including rats, prairie dogs, chipmunks and ground squirrels, according to the state health department. Bubonic plague is also a bacterial illness and can be treated with antibiotics, but it can be fatal if not treated promptly.

Managing fleas requires treating the areas where fleas are found, IDPH reports. Adult fleas are found on their host animals, namely our pets in the case of cat fleas and dog fleas. Pets infested with fleas should be treated with medications that kill the fleas. Consult with your veterinarian before treating your pet. In their pupal and larval stages, fleas are often found where pets sleep and rest, such as bedding, furniture and pet beds. These items should be washed frequently. In addition, rugs, carpeting and floors should be vacuumed often.

Chiggers and other mites 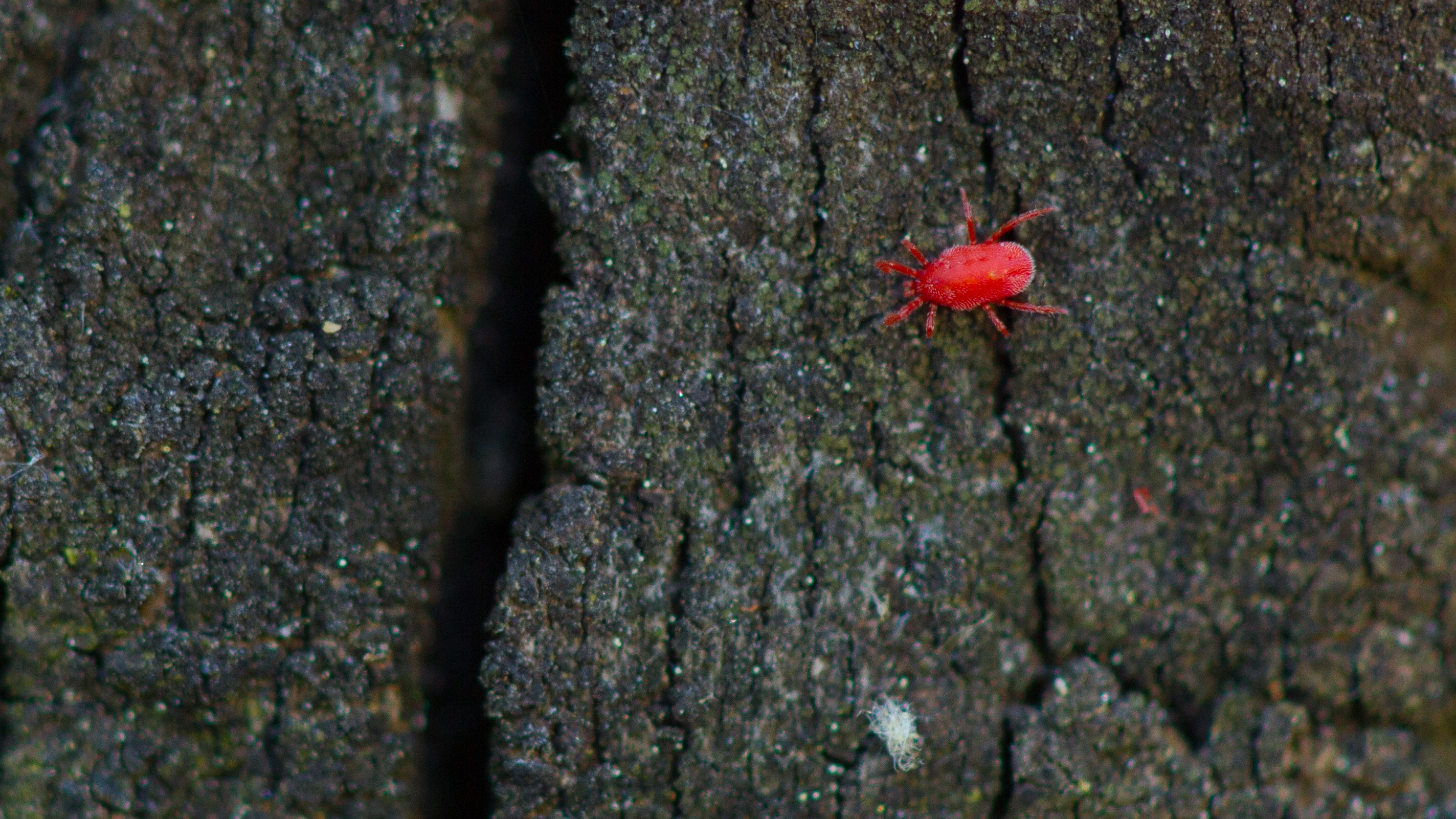 We often think of mites as insects, but they are actually tiny arachnids, which is a kind of arthropod. Many of the mites that humans most often encounter are indoors, but chiggers are an exception. Chiggers are often encountered outdoors in less disturbed areas, but they can also live in soil in newly developed areas for years before emerging, according to IDPH.

Chiggers typically feed on rodents and ground-dwelling birds, IDPH reports. Humans are not their first choice of host, but they will bite humans when other hosts aren’t available. Unlike many other biting insects and arthropods, chiggers do not eat blood. When they bite, they inject their skin-digesting saliva into their host and then consume the liquified skin. Chiggers will feed on their hosts for several days, and because they are so small, you won’t be able to see them on your skin. They do not transmit disease to humans, but their bites can be itchy and uncomfortable.

Chiggers are the most commonly encountered outdoors. Other mites people can encounter outside are clover mites, which typically feed on clover, ivy, grasses and other plants, and itch mites, which typically prey on insects but will sometimes bite humans. Neither clover mites nor itch mites pose health risks to humans, but their bites can be a nuisance.

Repellents containing between 7 percent and 30 percent DEET are useful in preventing chigger bites, IDPH advises. If you have been in an outdoor area where you think chiggers are present, take a hot, soapy shower or bath immediately afterward to dislodge them.

Horse flies and other biting flies 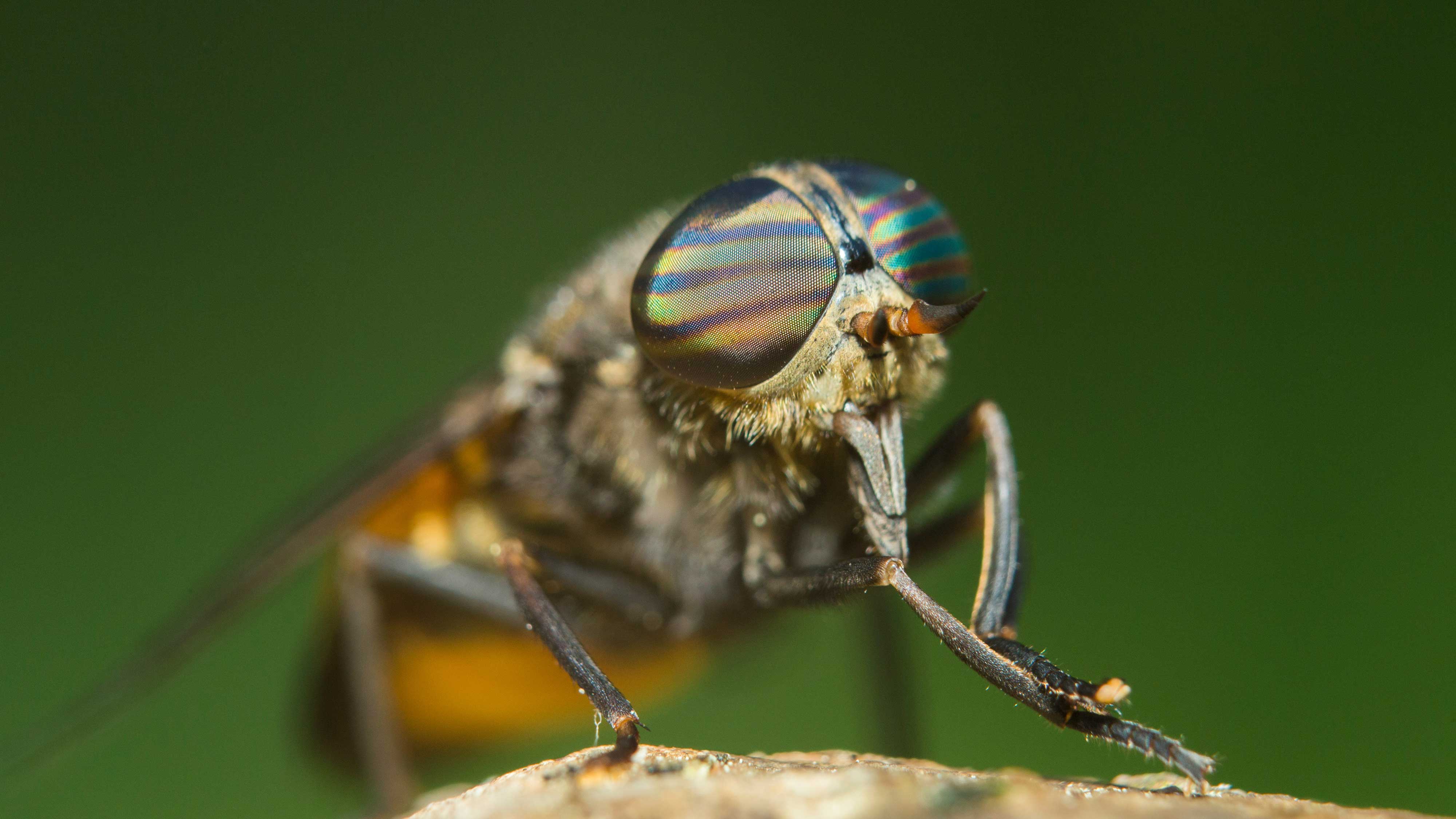 The bite of a horse fly can be a painful shock. That’s because horse flies have mouth parts like scissors that open up the skin, allowing the flies to lap up the blood, according to the IDPH.

Horseflies are probably the most well-known biting fly, but they are far from the only one. Other biting flies in Illinois include deer flies, sand flies, black flies, stable flies and biting midges, which are also called no-see-ums. Many of the biting flies common in Illinois are more prevalent around aquatic habitats. Biting midges, in particular, are associated with beaches and shorelines, where they often ruin people’s outdoor fun.

Fly bites are mostly harmless, although some people can have allergic reactions that can be life-threating. Most biting flies in Illinois do not transmit disease to humans, although deer flies are an exception. Deer flies can transmit tularemia, which is also called rabbit fever, IDPH reports. In other parts of the world and even in other parts of the United States, certain species of sand flies and biting midges can transmit disease to humans and other mammals.

Insect repellents, particularly those containing DEET or picardin, can help keep flies at bay, although repellents are typically not as effective against flies as they are against mosquitoes, IDPH reports. You can also prevent fly bites by wearing long pants, long-sleeved shirts and hats and choosing light-colored clothing.