What to know about winter birding

If you brave the cold, it can be rewarding — but does come with some extra challenges

Winter tends to be a quiet season, a time for animals – and people – to hide away until warmer days return. If you’re willing to brave the cold and exercise a little patience, however, winter bird-watching can be a rewarding experience.

Birds don’t hibernate, and they remain active even in the coldest parts of the year, said Bob Bryerton, an interpretive naturalist for the Forest Preserve District of Will County.

“They have a pretty high metabolism, and they have to eat,” he said, explaining why birds are active in our area all year.

Although we see birds here year-round, what we see varies throughout the year. Will County and northern Illinois are home to several bird species that spend the entire year here rather than migrating south for winter, but many species, particularly those that eat insects, migrate south for the winter, Bryerton said. Our area is also home to several bird species that breed and nest further north and migrate here for the coldest part of the year.

What to Look for in Winter 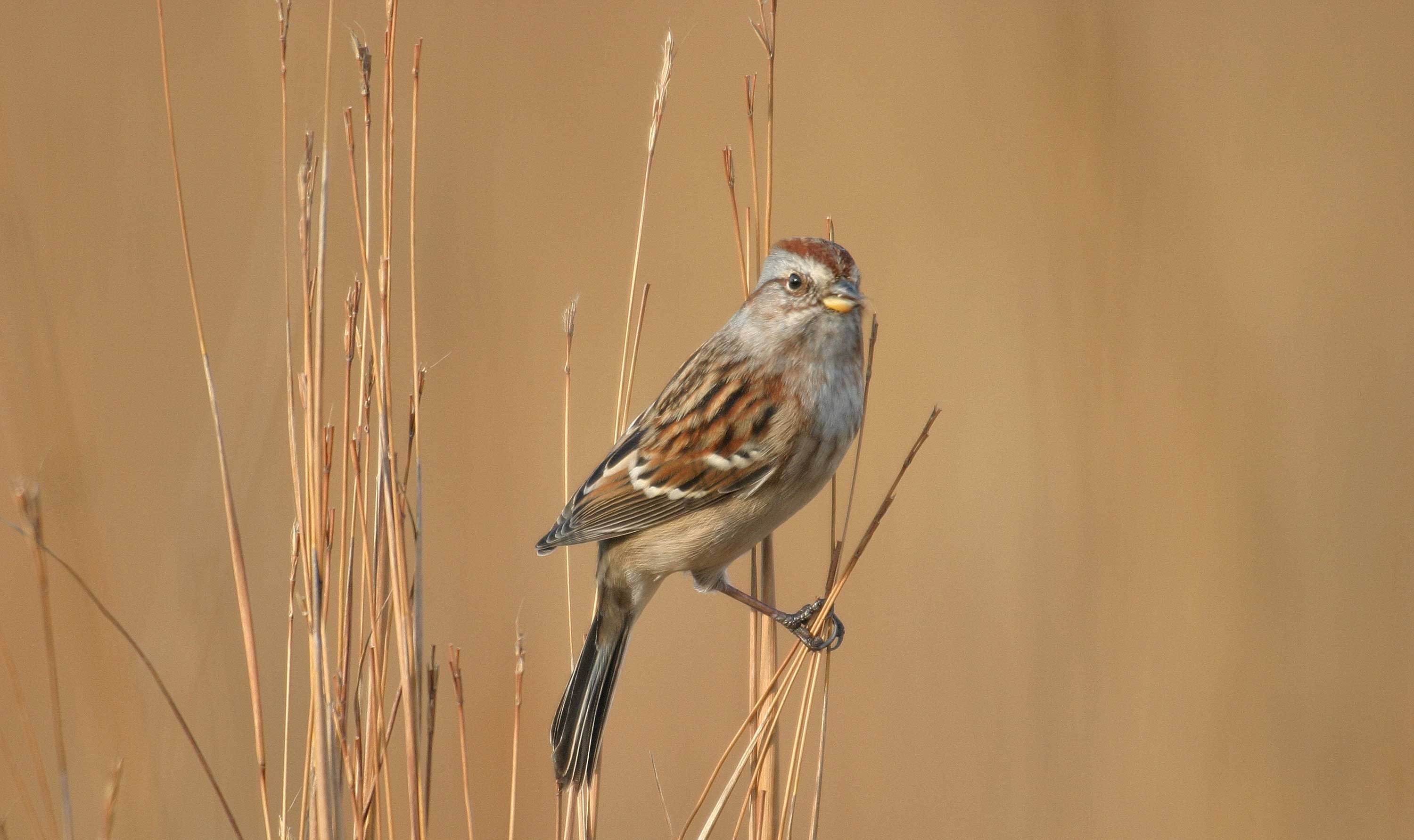 Some of the birds in our area year-round may be a bit more noticeable against the often-gray backdrop winter provides. The bright plumage of both cardinals and blue jays can catch the eye against the dreary winter sky, for example, but they aren’t the only year-round residents. Woodpeckers are also around all year, but are often easier to spot in the winter, Bryerton said, whether its because the trees are bare or because their trademark pecking sound is more noticeable in the quiet winter months.

Be forewarned, though, that some of our year-round residents look different in the winter than during the warmer parts of the year. Take the goldfinch, for example. The male goldfinches are bright yellow, almost canary-like, during the spring and summer, but in the winter they have a more drab greenish-yellow color, Bryerton said.

A few sparrow species, notably the dark-eyed junco and American tree sparrow, are winter-only residents of northern Illinois and, as a result, are often sought out by bird-watchers. The rusty-colored tree sparrow is commonly seen feeding on the ground in snow-covered fields, while the usually gray-plumed junco is a forest bird seen among the trees, the Cornell Lab of Ornithology reports.

Waterfowl is also a popular attraction for winter birders, said Chris Gutmann, facility supervisor for the Forest Preserve District’s Four Rivers Environmental Education Center. During this time of year, our area is home to an abundance of water bird species beyond the always-present Canada geese.

Among the waterfowl to keep an eye out for are mergansers, common goldeneyes, buffleheads and scaups, Gutmann said. An added bonus is that winter is courting time for some kinds of waterfowl, which means their colors are brighter and more eye-catching.

“For those species, this is the time of year when their plumage is the most stunning,” he explained.

Another big draw for winter bird-watchers is owls. Most owls are nocturnal and begin to get active around dusk, so with the early sunsets in winter it can make it easier to spot an owl, Bryerton said.

A few owl species, including the short-eared owl and the snowy owl, are here only in the winter, so this is the only time of year to catch a glimpse.

The snowy owl is also an example of a bird whose numbers fluctuate from year to year. Some years they are here in large numbers, called irruptions, while other times there are not nearly as many. The reasons for these irruptions vary among species. For example, snowy owls have winter irruptions in the northern United States based on food availability in their breeding grounds in the Arctic.

One more bird to keep an eye out for in our area this winter is the bald eagle, especially along our area rivers. In fact, Illinois may be home to one of the largest winter populations of bald eagles in the country, according to Bird Watchers Digest. 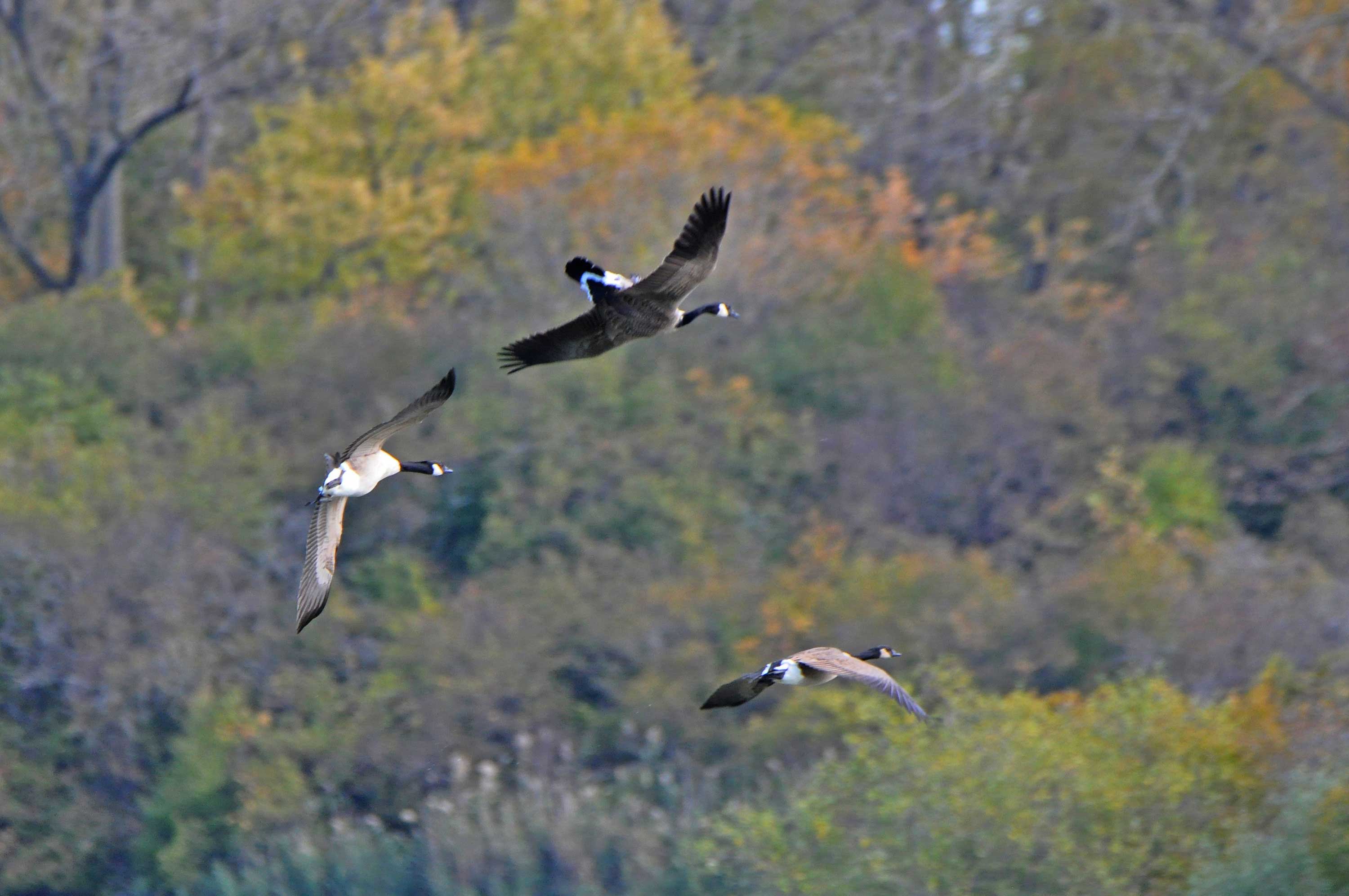 One of the best places to set up shop for winter bird-watching is near open water, Bryerton said. Within Will County’s forest preserves, many such spots exist.

Whalon Lake, Monee Reservoir and Lake Renwick are all excellent birding spots. While these lakes can freeze over during long cold snaps, the activity of Canada geese and other waterfowl keep them at least partially unfrozen for much of the winter, Bryerton said.

“Four Rivers, with all of its open water, is another great location for eagles and waterfowl, especially native swans,” Gutmann said.

Aside from large areas of open water, places with varied habitats featuring both forested areas and prairie lands along with smaller water bodies can be good spots for catching glimpses of many different types of birds.

For example, one of the reasons why McKinley Woods is a good location for bird-watching is that it is forested and situated along both the Des Plaines River and the Illinois and Michigan Canal, Bryerton said.

Hickory Creek, with its grassy areas, forested land and creek, also attracts many different types of birds, he explained.

A prime location for bird-watching in a more forested habitat is Goodenow Grove Nature Preserve, which “should be a destination spot for birders,” Gutmann said.

Getting Started With Winter Bird-watching 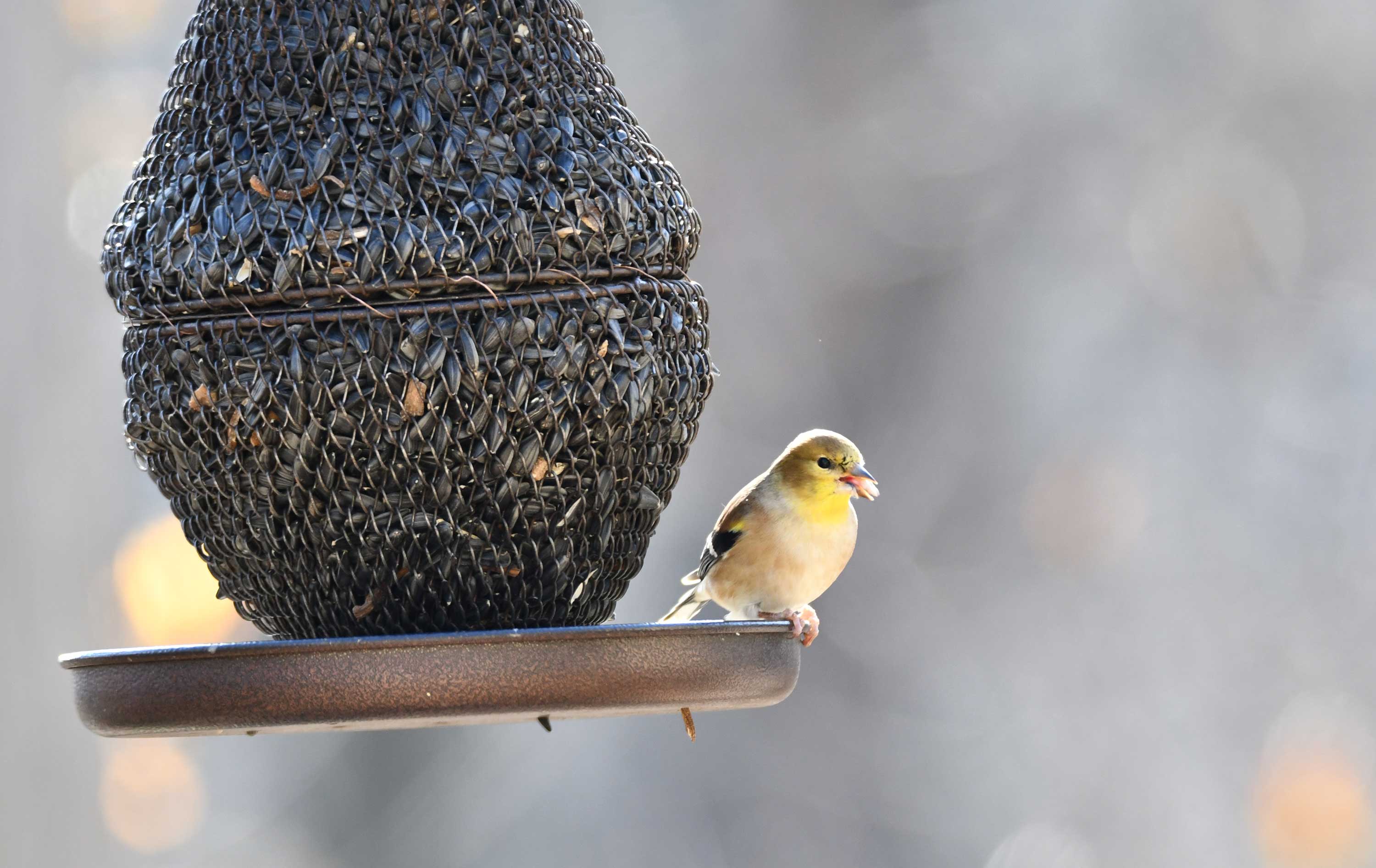 If bird-watching is a new hobby for you or something you think you might enjoy, winter is actually a good time of year to get started, Bryerton said.

Not as many bird species are in northern Illinois in the winter, which gives new birders an opportunity to develop a solid foundation of birds they know and recognize before spring arrives and brings with it many more species.

“Starting in the spring can be overwhelming,” Bryerton said.

The trees are also bare in the winter, which can make it easier to spot birds, especially at a distance. But Gutmann cautioned that the increased visibility works both ways.

“While the lack of foliage does make it easier to spot birds, birders must keep in mind that it is also easier for the birds to see you,” he said. “Couple that with the fact that birders are bundled up in noisy winter coats and loudly crunching snow or leaves under their boots, and birders discover it may be more challenging than they thought to get a good look at some of the more timid species.”

Keeping your bird feeders well stocked for winter or knowing a good place to keep an eye on bird feeders – even from the warmth of indoors – provides good winter bird-watching opportunities as well.

Many of the birds here for the winter are more likely to eat from feeders because they aren’t insect eaters, Bryerton said. When the ground is covered in snow, bird feeders provide an easy source of food.

“If they have it, they’ll take advantage of it,” he said.

If you’re bird-watching along open water, Gutmann recommends using a spotting scope to help see birds at a distance.

And don’t forget to bundle up, especially along the water, where it’s known to be a bit blustery.

“(Lake Renwick and Whalon Lake) usually have a significant wind coming off them, so birders would be well advised to dress very warm to protect against frostbite,” Gutmann cautioned.