Illinois may be the Prairie State, but much of our prairie has disappeared, plowed and paved over for farm fields and development. However, scattered here and there across Will County are some increasingly rare prairie remnants, including preserves like Lockport Prairie Nature Preserve.

The 320-acre Lockport Prairie Nature Preserve was acquired by the Forest Preserve District in 2011 and 2015. It is part of the Des Plaines River preservation system, which conserves more than 2,400 acres. The site was dedicated as a nature prairie by the state in 1983 because of its unique prairie character, according to the Illinois Department of Natural Resources.

What makes Lockport Prairie unique among our remaining grasslands is that it is a dolomite prairie. In a dolomite prairie, the layer of glacial debris is thin, which allows the dolomite bedrock to be at or near the soil surface, reports the IDNR. The soils in dolomite prairies typically have a high magnesium content, and as a result they are often home to plants that don’t grow in other places.

Because Lockport Prairie is a dolomite prairie versus the more traditional tallgrass prairies we see in Illinois, it features some interesting plant diversity, said Jen Guest, recreation coordinator for the Forest Preserve District. Included among the flora at the preserve are several rare and endangered plant species in the state.

“The plants that grow there have to be hardy enough to grow with minimal soil because the limestone is at or near the surface, leaving little space for soil,” Guest said. “You get to see some plants that can only grow in this environment or are stunted in size because they can’t grow as tall with a lack of deep soil.” 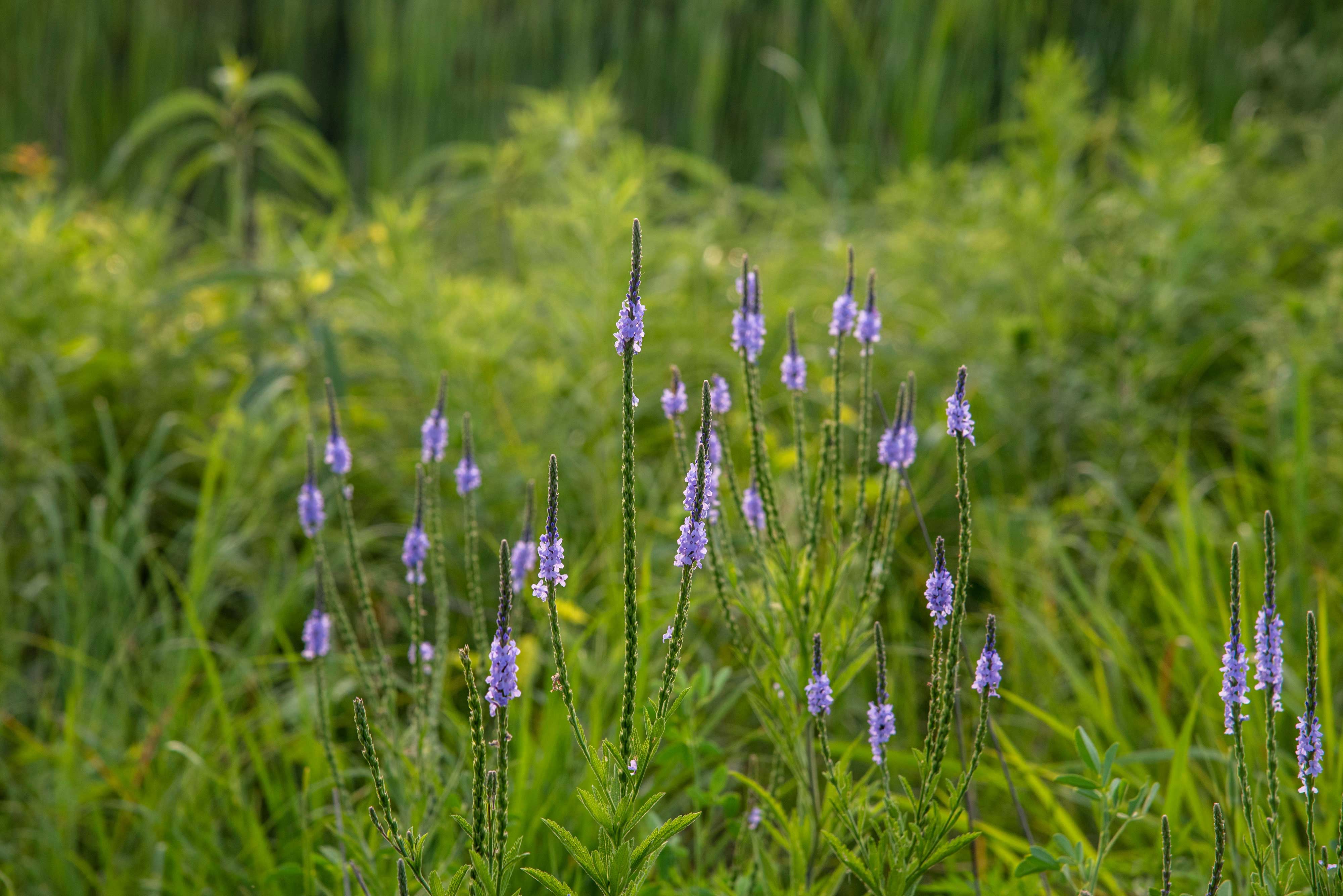 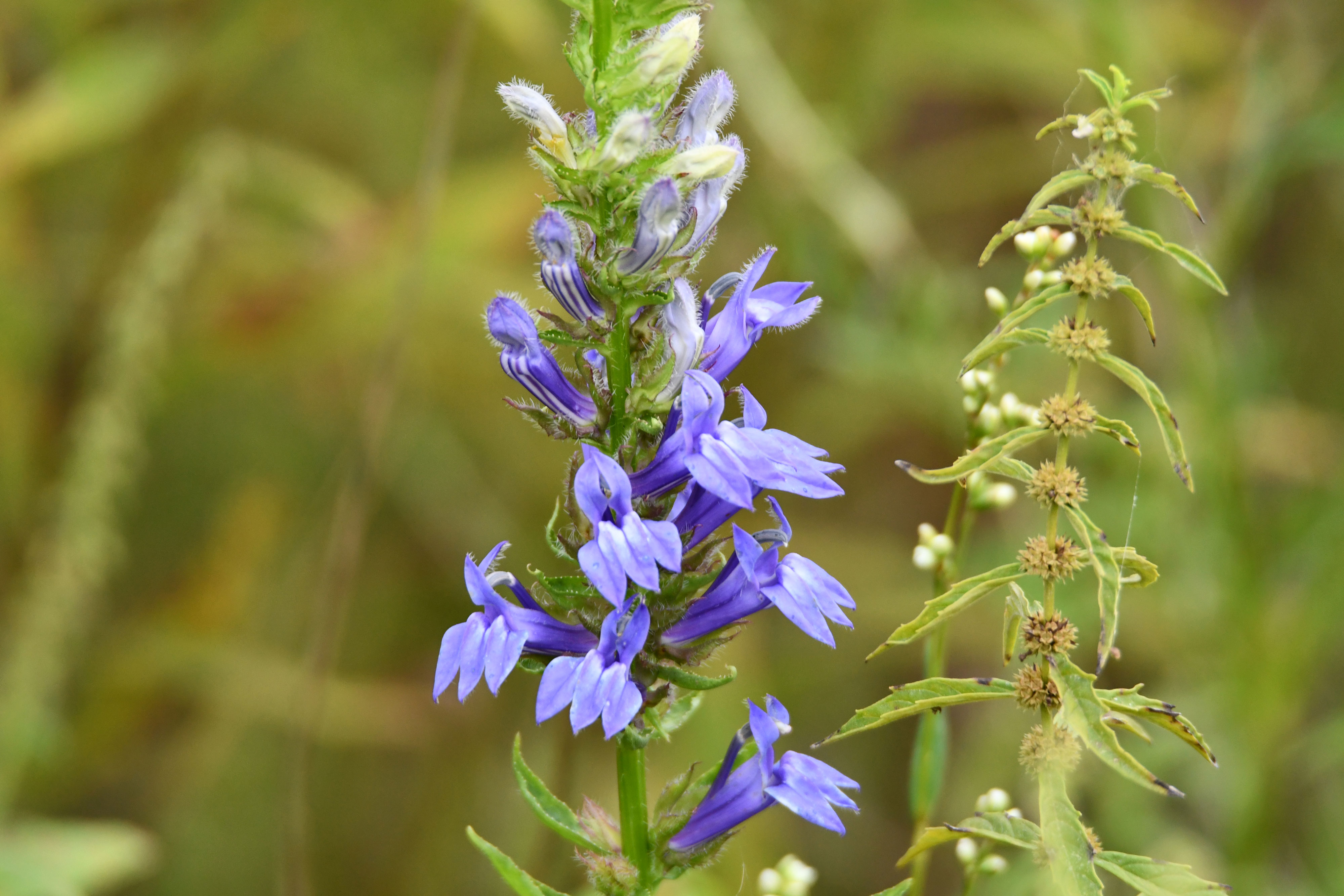 According to a survey conducted in 1992, only about 140 acres of dolomite prairie remain in Illinois, mostly in small, scattered sites, IDNR reports. In addition to Lockport Prairie, most of the remaining dolomite prairie is spread across Illinois’ northern counties, and several other dolomite prairie remnants in the state have also been designated state nature preserves.

Before environmental cleanup and restoration work were done at the site, the land that is today Lockport Prairie was part of the industrial area that still surrounds the preserve.

“This land was reclaimed from being a dump site to a beautiful track of land helping to protect the watershed of the Des Plaines River,” Guest said. 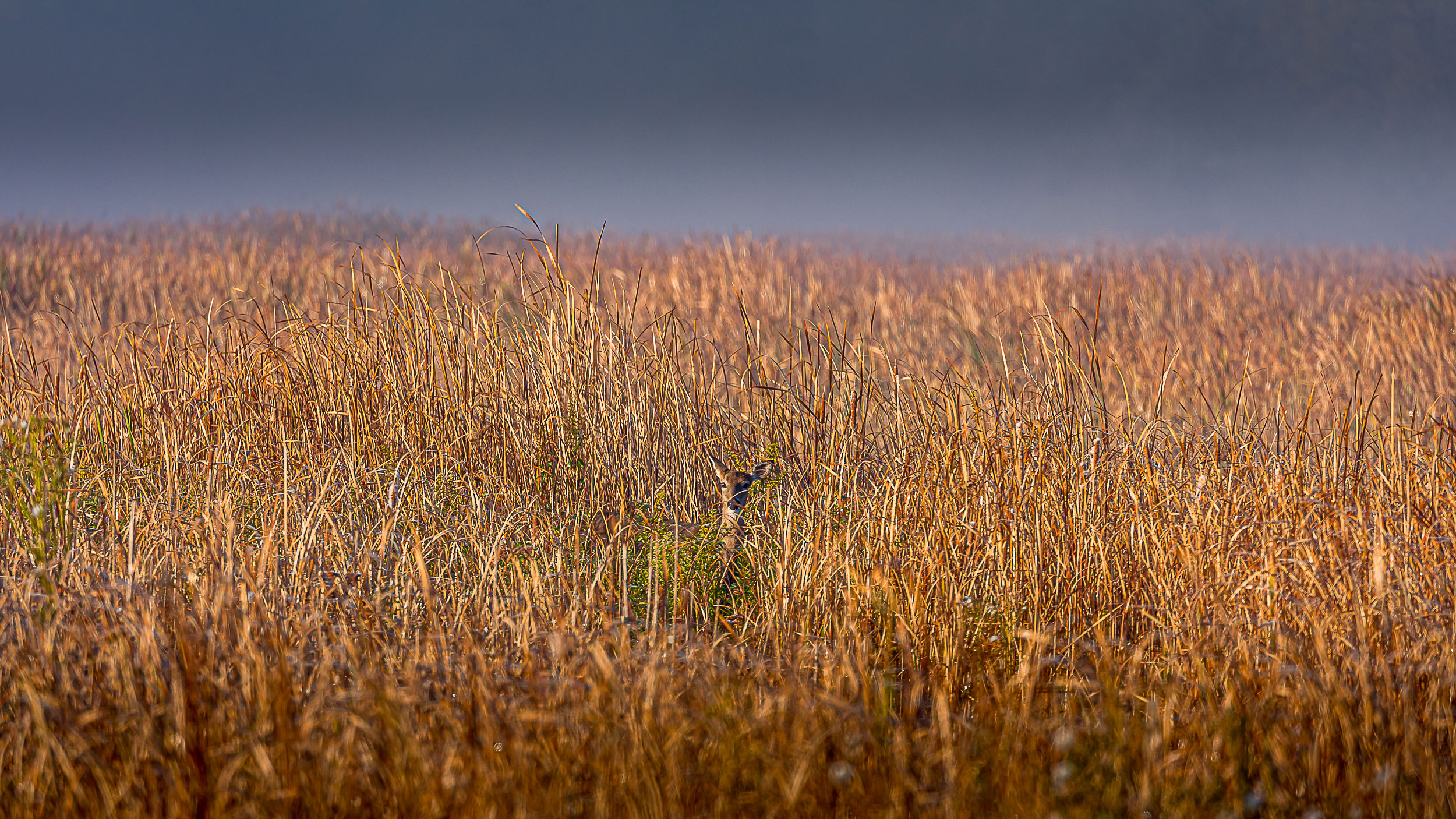 Lockport Prairie includes many different types of habitat, including forest, prairie, savanna and wetland. The Des Plaines River runs along the edge of the preserve. In addition to being home to several endangered plant species, the habitat areas at Lockport Prairie also support a few endangered animals as well.

The wildlife in a dolomite prairie is similar to what is found in other types of prairies and includes a variety of mammals, birds, reptiles and insects, according to IDNR. Mammals at the preserve include raccoons, cottontail rabbits, muskrats, voles and mice. Lockport Prairie is also home to wetland areas and their associated flora and fauna.

The preserve is a great place for birding because of the many different species big and small that can be present on any given day, including songbirds, shorebirds, waterfowl and birds of prey, IDNR reports.

“I’ve seen some really beautiful birds in different seasons, such as hawks, eagles, pelicans, all kinds of waterfowl, warblers and other songbirds,” Guest said. “Once I saw a whole flock of cedar waxwings hanging out in the trees and brush along the road.”

In summer months, dragonflies and pollinators are busy and abundant, zipping and zooming around and hanging out near the plants on the trail, she said. 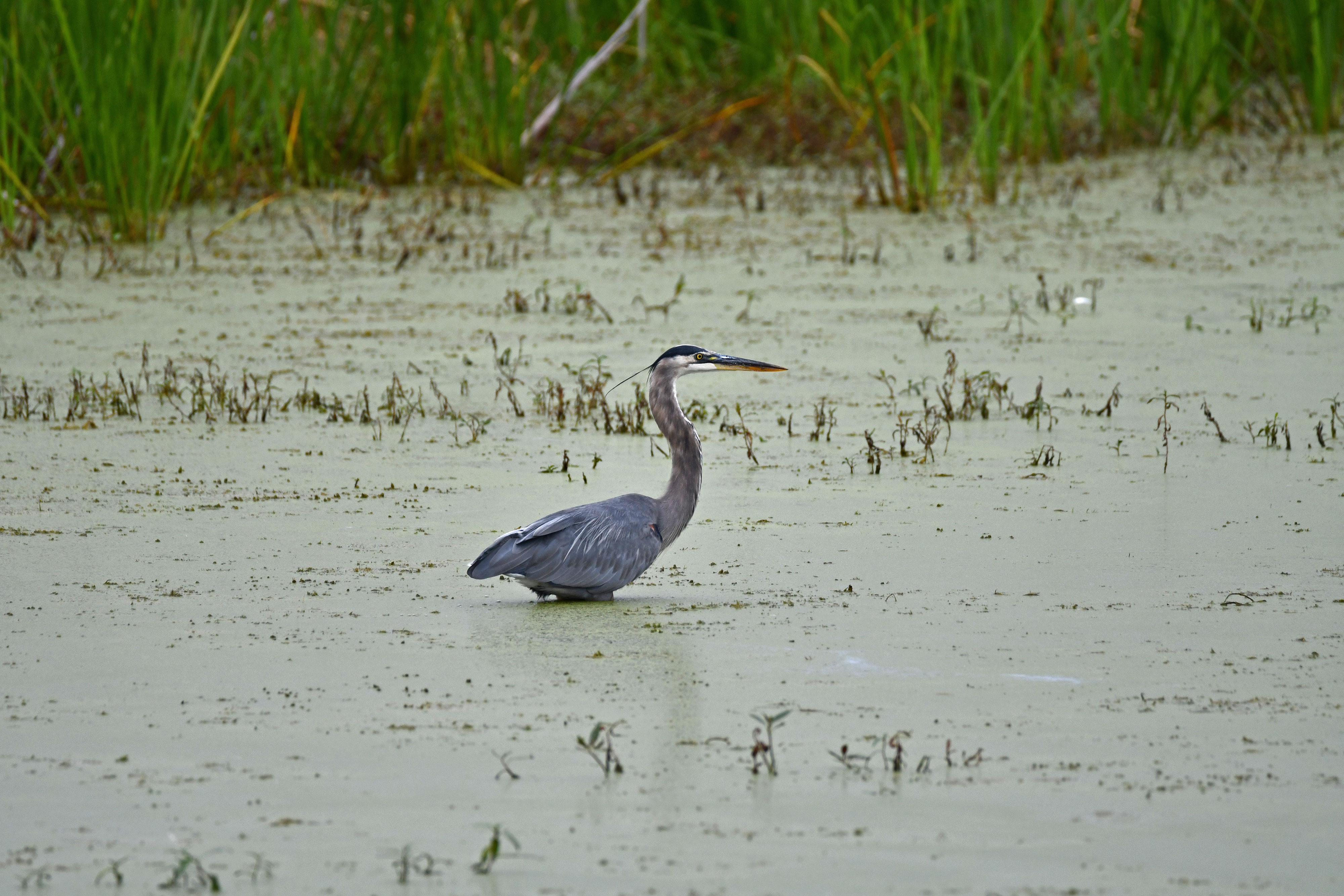 The scenery at the preserve changes with the seasons, but there is always something to see. Guest said her favorite time to visit Lockport Prairie is during late summer and fall.

“The prairie plants are starting to flower or go to seed,” she said. “My top favorite flowering plants are whorled milkweed, evening primrose, vervains and coneflowers, and all the varieties of fleabane and asters. The beautiful grasses that I love are the porcupine grass, big bluestem, and purple love grass.” 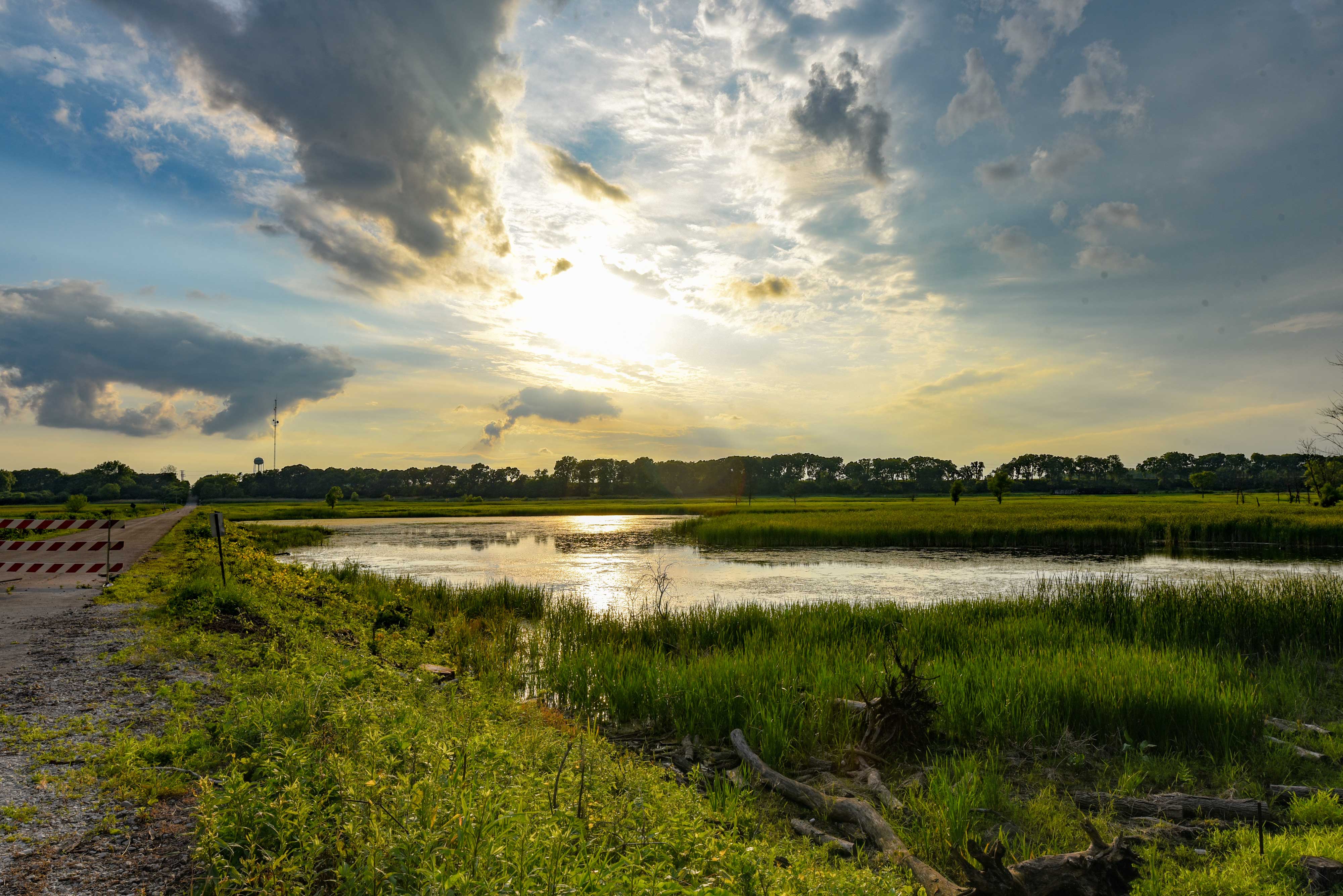 Lockport Prairie is a good spot for a quiet walk or simply enjoying some fresh air. The preserve has a 0.43-mile natural surface trail, and the preserve road is also a good place to walk along while taking in the seasonal scenery.

In addition to being a great birding spot, the preserve is also appreciated by nature photographers who enjoy the backdrop of this location, with both prairie and wetland habitats providing picture-perfect views throughout the year.

The Forest Preserve District also offers programs year-round at preserves across the county, including occasionally at Lockport Prairie.

CHECK OUT OUR UPCOMING PROGRAMS

Because Lockport Prairie is a nature preserve, dogs are not permitted due to the sensitivity and rare quality of the area’s natural resources.