Amazing animal moms of Will County

For Mother's Day, we're honoring the incredible things these local moms do for their young

When it comes to parenting decisions, it seems as though everyone is a critic. From the earliest days of motherhood, many moms feel constant scrutiny of their choices, whether it’s deciding not to breastfeed or to go back to work soon after the baby is born.

In the animal kingdom, mothers don’t face nearly the same pressure as their human counterparts. They parent by instinct, providing the care their babies need until they are able to survive on their own. And just like it does for humans, parenting takes many forms in the wild.

Snakes, for example, are the absentee parents of the animal kingdom. Most-egg laying snakes provide no parental care; they simply lay their eggs and move on, according to the Illinois Department of Natural Resources.

Orangutan mothers are the polar opposite of snakes. In fact, their mothering style would have them labeled as helicopter moms in the human world. Mother orangutans carry their babies around exclusively for at least the first two years of their life and sometimes for as long as five years, according to Orangutan Federation International. Even once the young orangutans are too big to carry, they stick by their mothers’ sides until they are about 10. They are even breastfed until about the age of 8.

Elephants are also caring mothers and would probably win all the mother of the year awards in the animal kingdom. These massive mammals have the longest gestation period of any animal on Earth — 22 months! — and their calves are born weighing about 250 pounds, PBS reports.

But beyond these feats of pregnancy and childbirth, elephant mothers stay with their offspring for years after birth. Adopting the philosophy that it takes a village to raise a child, young elephants are cared for in large family groups consisting of female elephants and their offspring. The males remain with the herd for about 14 years, and the females will remain with their mothers and the rest of the herd their entire lives.

Closer to home there are plenty examples of good mothers, too. Here’s a look at a few hands-on animal moms we see in our own communities. 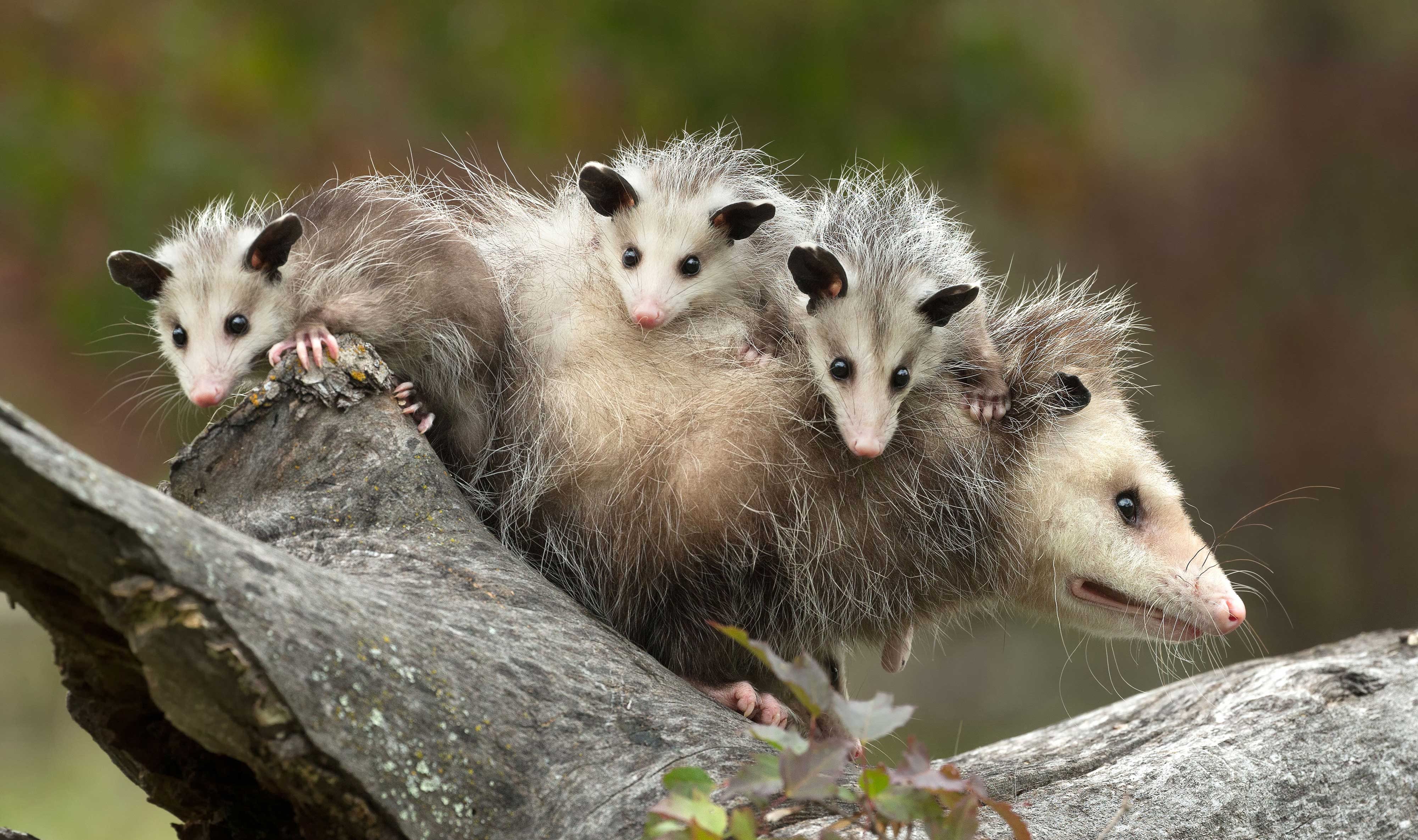 Opossums are the only marsupials in North America and, as such, female opossums are the only moms on our continent to carry their babies around in a pouch. Baby opossums are born only two weeks after mating occurs, and then spend the next month exclusively in their mother’s pouch as they continue to develop, according to the Indiana Department of Natural Resources.

After a month, the babies begin to leave the pouch for short periods, but they remain fully under her care for about three months. Once the babies are old enough to spend time outside the pouch, the mother will often carry her babies around on her back while she is out looking for food.

On occasion, female opossums will give birth to two litters per year. When this happens, the first litter is often still under the mother’s care and traveling with her while the second litter is in her pouch. Litters can be large — as many as 20 babies — but fewer than half survive in many cases, National Geographic reports.

Female bison stay with their babies for a full year after they are born, and the mothers are protective of their babies, called calves, the U.S. Department of the Interior reports.

The gestation period for a bison is about the same as for humans, approximately 9 months, and bison typically give birth to only one calf at a time, according to the Smithsonian National Zoo. After just a couple of days, a baby bison is able to follow the herd. The mothers nurse the calves for seven or eight months but, even after being weaned, the calves stay with their mothers until at least the next spring. 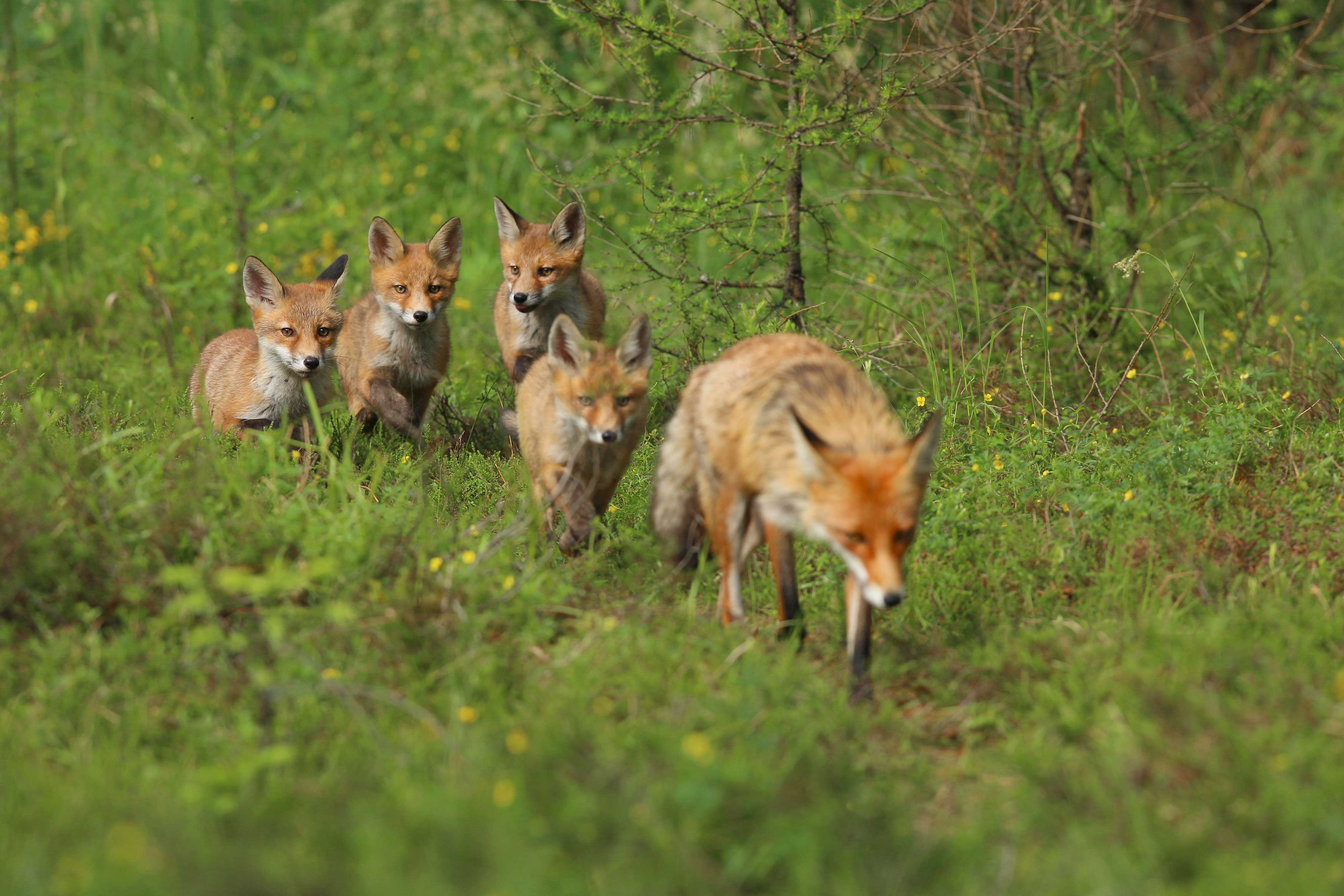 Red fox babies, called pups or kits, are cared for by both their parents, but the mothers are like stay-at-home moms, providing continual care until the young foxes go off on their own. The female foxes build the den where the babies will remain for the first several weeks of their lives, the National Wildlife Foundation reports. Sometimes, two or more females will share a den, but most often it’s used by just one mother and her offspring.

A red fox can give birth to anywhere between one and 10 pups, but the average litter is four to six, according to the Illinois Department of Natural Resources. The babies are typically born in late March or early April weighing only a few ounces and also blind, not opening their eyes for eight or nine days. By the time they are four or five weeks old, they start spending time outside the den, but under the watchful eye of their mothers.

After eight to 10 weeks, the pups will travel short distances with their parents. By the time they are four or five months old, the young foxes can fend for themselves, but they still never travel too far from the den and their mothers. Their mothers finally stop caring for their offspring the fall after they are born, when they leave the area to strike out on their own. 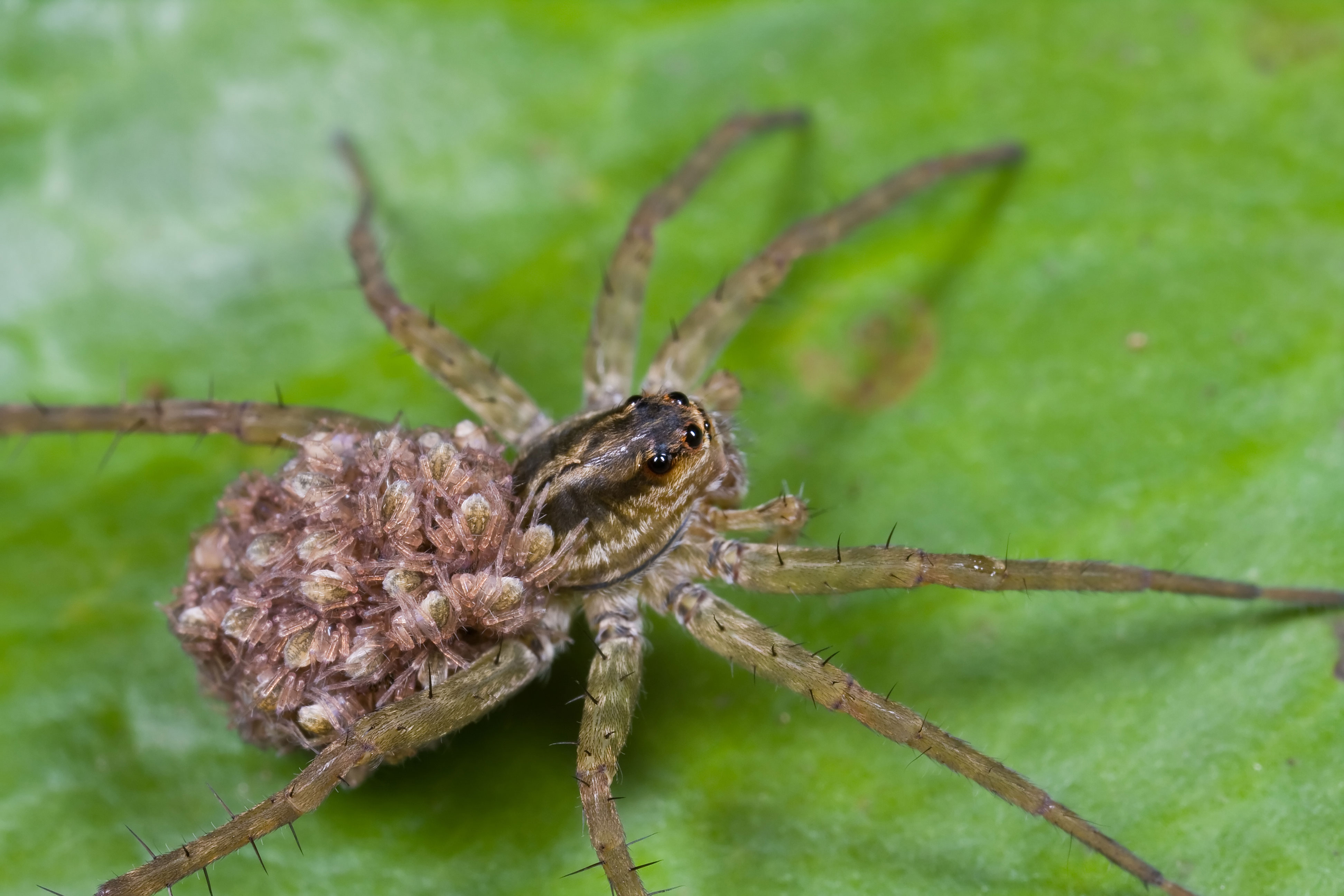 Female wolf spiders carry their offspring around both before and after they are born. These spiders, which are found all over the world, hatch from eggs, which the female carries in an egg sac she spins herself and then attaches to her abdomen, National Geographic reports.

Once hatched, the female spider’s parenting is far from over. The young spiders, called spiderlings, climb onto their mothers’ backs, where they remain for a few days until they are old enough to go off on their own, according to Live Science. That may not seem long, but male wolf spiders only live a year at most, although females live several years. 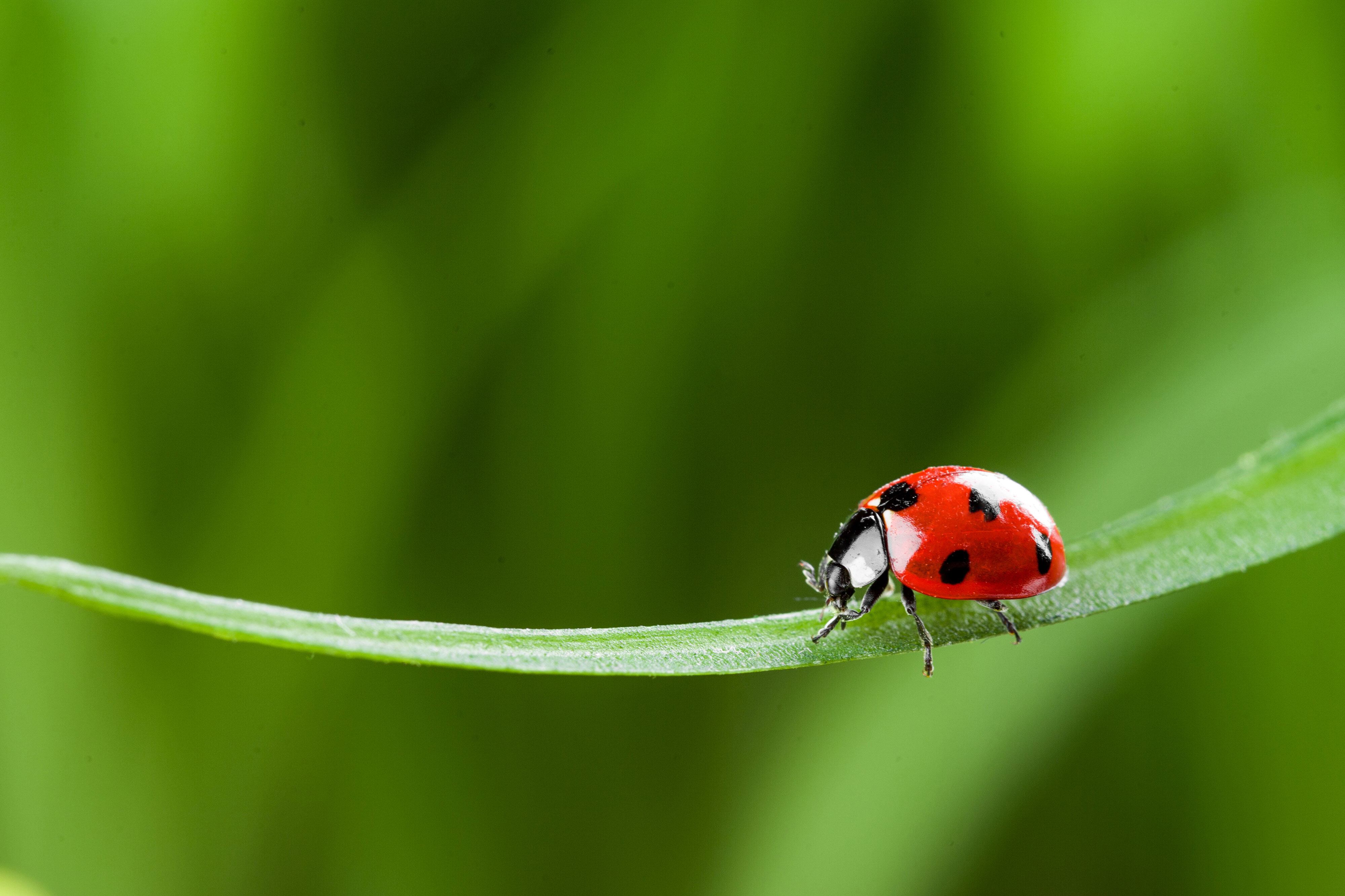 Ladybug mothers are advance planners. Even before their babies hatch from eggs as larvae, they are working to help them survive. The larvae need to start eating as soon as they hatch, so the females lay their eggs near aphid colonies to give them a reliable food source, according to the San Diego Zoo.

A steady supply of aphids is important, because the larvae will each eat between 350 to 400 aphids until they are fully grown, which takes about two weeks. In their entire lifetime, a ladybug can eat 5,000 aphids.