Friends, not enemies: Coyote and badger work together on the hunt 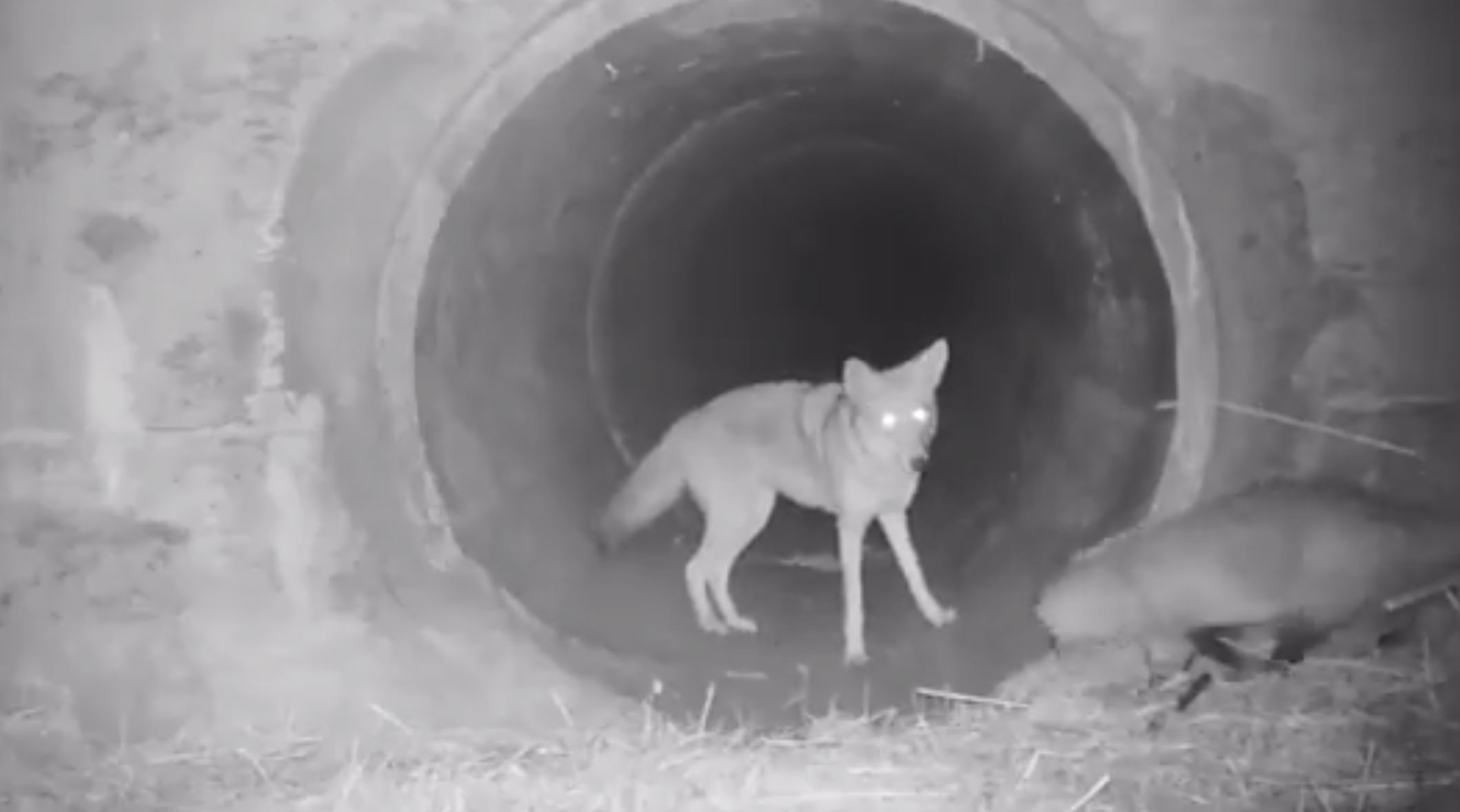 This is easily the cutest thing you'll see today: A playful coyote waiting for its badger buddy before continuing on its way through a wildlife crossing under a highway in California.

The video, which was captured on camera in November but wasn't posted to Twitter until Monday by videographer Russ McSpadden, has garnered quite the attention on social media. And for good reason. It's not only adorable, but provides a few valuable lessons about the behavior of these animals.

In the video, you can see the coyote leading the way, then turning around and encouraging its pal to follow. The two then carry on, making their way through the tunnel to continue their nighttime adventure.

A coyote and a badger use a culvert as a wildlife crossing to pass under a busy California highway together. Coyotes and badgers are known to hunt together.

Coyotes and badgers are known to hunt together and have been seen doing so in the past. They team up because each one brings a unique skill to the dinner table, so to speak.

While the coyote can chase down prey, the badger can dig after the prey if it decides to head underground.

What makes the latest scene extra special is that it not only gives us an up-close view of these two, but the video shows them wisely using a wildlife tunnel to gain safe passage under a busy highway. When on the move, animals rely on corridors that link habitats, and roadways break those links.

Studies show that wildlife corridors such as these are crucial to maintaining that link.

For example, the construction of five underpasses and two overpasses for wildlife in Colorado reduced wildlife-related crashes in those areas by nearly 90 percent.