The buzz on cicadas: How this summer's insects are different than their famous 17-year relatives 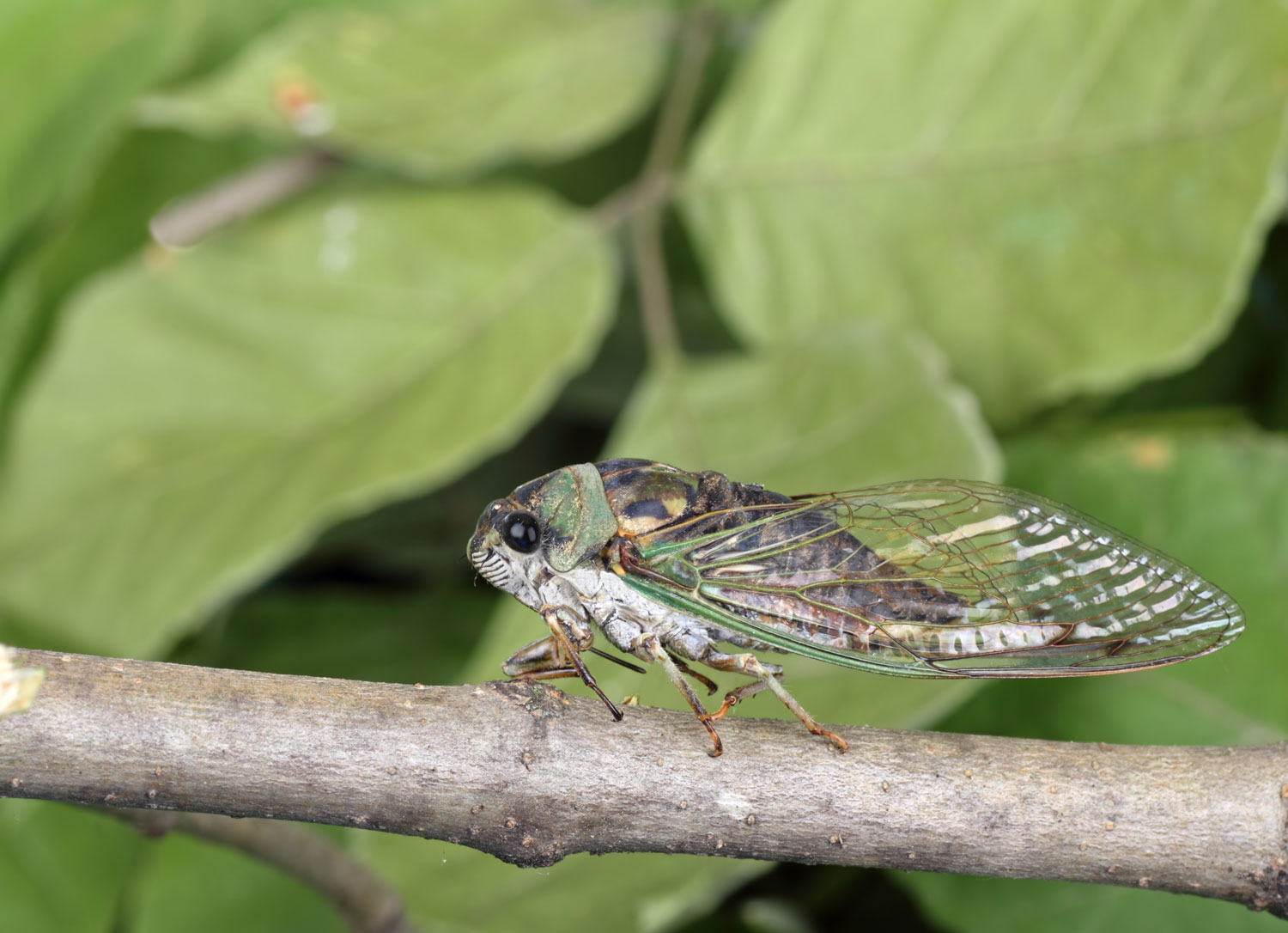 A dog-day cicada. (Photo via Shutterstock)

That loud buzz you hear coming from the trees in your yard is probably from a cicada, and if you think you might be hearing them a few years ahead of schedule, you'd be right, but not entirely.

Two kinds of cicadas live in northern Illinois and elsewhere in the eastern half of the United States, and several species of both types of the insect exist. The most well-known are the periodical cicadas, which emerge from underground every 17 years in northern Illinois and every 13 years in the southern part of the state, according to the University of Illinois Extension. But the kind of cicada you could be hearing this summer, or any summer for that matter, are dog-day cicadas, also called annual cicadas.

Like their periodical counterparts, dog-day cicadas also have life cycles that last multiple years — typically between two to eight years depending on the particular species — but their life cycles are not synchronized, so some emerge each year rather than all in the same year, making their arrival less notable.

The next emergence of periodical cicadas in northern Illinois will be in 2024, and if past emergences are any indication, it likely will be one of the largest anywhere in the United States, the University of Illinois Extension reports. The brood that will emerge in 2024 last emerged in 2007, and before that in 1990. During the 1990 emergence, there were reports of people in Chicago having to shovel their driveways to clear them of the dead insects.

The dog-day cicadas we have in Illinois typically emerge from July to September, making their presence known with a loud buzzing sound, according to The Morton Arboretum. They are called dog-day cicadas because they usually make their way out of the ground during the dog days of summer, which is the 40-day period between July 3 and Aug. 11.

The loud buzzing we associate with these bugs is how male cicadas attract female mates. While all cicada sounds may seem alike to human ears, each species has its own unique call that the insects can differentiate, National Geographic reports.

So how does such a small insect make such a loud sound? The male bugs have an organ called a tymbal that produces sound. The tymbal has a series of ribs that can buckle onto one another when the cicada flexes its muscles, the Peggy Notebaert Nature Museum reports. As each rib buckles, it creates a clicking noise, and the combined effect of the clicks is the buzzing sound we are familiar with.

The extent of the sound a cicada can make is impressive, too. Some species can produce sounds that are greater than 100 decibels and can be heard from up to a mile and a half away, the museum reports. For the sake of comparison, the sound a toilet makes when flushing is 75 decibels, while the sound of a balloon popping is 125 decibels.

While both types of cicadas make a ruckus, there are several differences between them. The dog-day cicadas we see every year are green or black in color, and they have black eyes and transparent wings, according to The Morton Arboretum. Periodical cicadas have black bodies with orange wings and red eyes. Dog-day cicadas also have bigger wings, typically about twice as long as the periodical cicadas.

The life cycle of both types of these insects is the same, with the only variation being how long it lasts. Cicadas live anywhere between 2 and 17 years depending on the species, but they all go through the same cycle. Female cicadas lay eggs in tree limbs, and once they hatch the young bugs feed on fluids in the tree, according to Cicada Mania. They will then fall to the ground and burrow down into the earth until reaching roots that they can feed on.

The insects then stay underground for most of the rest of their life — 2 to 17 years — before emerging as nymphs and climbing into a tree. There they will shed their exoskeleton, allowing their wings to inflate with fluids, and begin to look for mates to begin the process anew. During their time spent underground, cicadas remain active, tunneling through the earth and feeding on plant and tree roots.

Cicadas are often mistakenly referred to as locusts, but the terms are not interchangeable. Locusts are actually a type of grasshopper, while cicadas are unrelated to grasshoppers. Both locusts and cicadas do emerge in masses, but cicadas are not typically destructive, while locusts can eat all of the vegetation in their path, National Geographic reports.

Among their environmental benefits, cicadas serve as a perennial food source for their many predators and the nymphs help to aerate the soil.