Sometimes, nature stinks — especially at this time of year 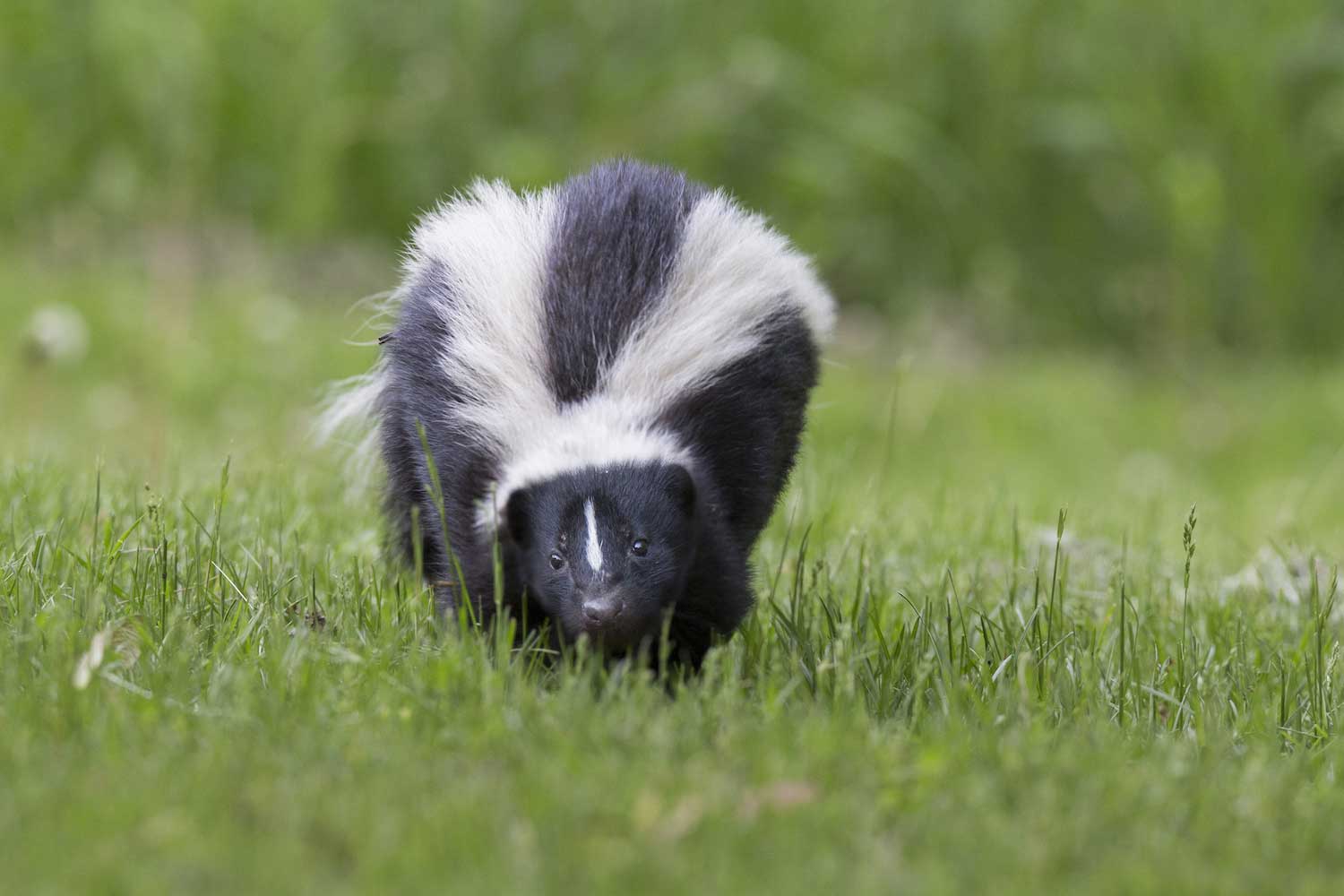 As late summer sets in and begins to roll into fall, there are a few things you can expect: shorter days, leaves beginning to change colors and the unmistakable stench of your neighborhood skunk, or more likely skunks.

There are a few factors at play, and while it can be attributed to the rising skunk population around the Chicago metropolitan area, you also can thank their normal behavior patterns.

Skunks give birth to a litter — the baby skunks are called kits — in early spring. Like most young creatures, kits are poorly equipped to handle life on their own. They're born naked, blind and completely helpless. So for the next few months, they stay in the den and are waited on by their mother. Eventually, they'll start doing the "fall shuffle."

"This time of year, skunks are dispersing from their families and establishing their own territories," said Bob Bryerton, a program coordinator for the Forest Preserve District. "So there seem to be more around for a bit."

You know what happens next. These inexperienced skunks with poor eyesight have surprise encounters with humans, dogs and other animals, resulting in them spraying their oily musk for all to inhale. There's also some serious potential for a trip to the store to pick up some hydrogen peroxide, banking soda and dish soap.

Overall, the local skunk population has seen a bit of a surge in the past few years. Why have they been thriving lately?

Experts point to a number of factors, such as warmer winters, a decline in rabies and even a better economy.

"Skunks, to some degree, are a plague of affluence — the gorgeous, manicured lawns," said Rebecca Fyffe, the research director for ABC Humane Wildlife Control.

Manicured and watered lawns result in more well-fed grubs, which are a favorite of skunks.

They also have few known natural predators — such as the great-horned owl and red-tailed hawk — to keep the population in check. Bryerton said coytoes, badgers, foxes and bocats prefer to avoid skunks, but will go after them if resources are scarce. Disease and being hit by a car or farm machinery are "more important sources of mortality" for skunks, according to the Illinois Department of Natural Resources.

HOW TO COEXIST WITH SKUNKS

While you may be seeing and smelling them more often this time of year, that serves as a good reminder to take some preventative measures. Skunks, as well as woodchucks, racooons and opossums, are looking for shelter under decks, porches and sheds. To avoid them making themselves at home around your home, experts suggest attaching mesh hardware cloth along any openings and burying the cloth up to 12 inches in the ground to secure the area. 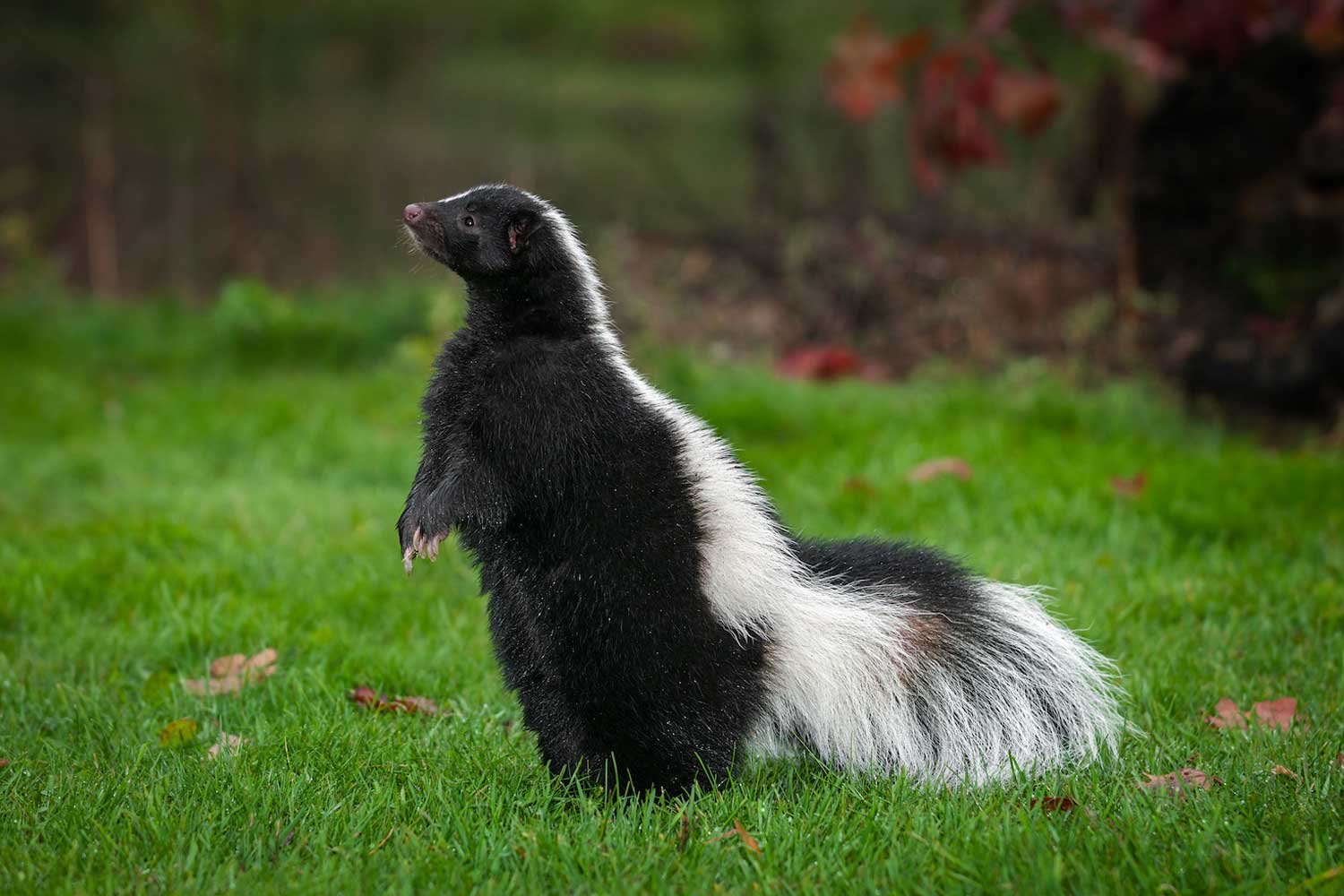 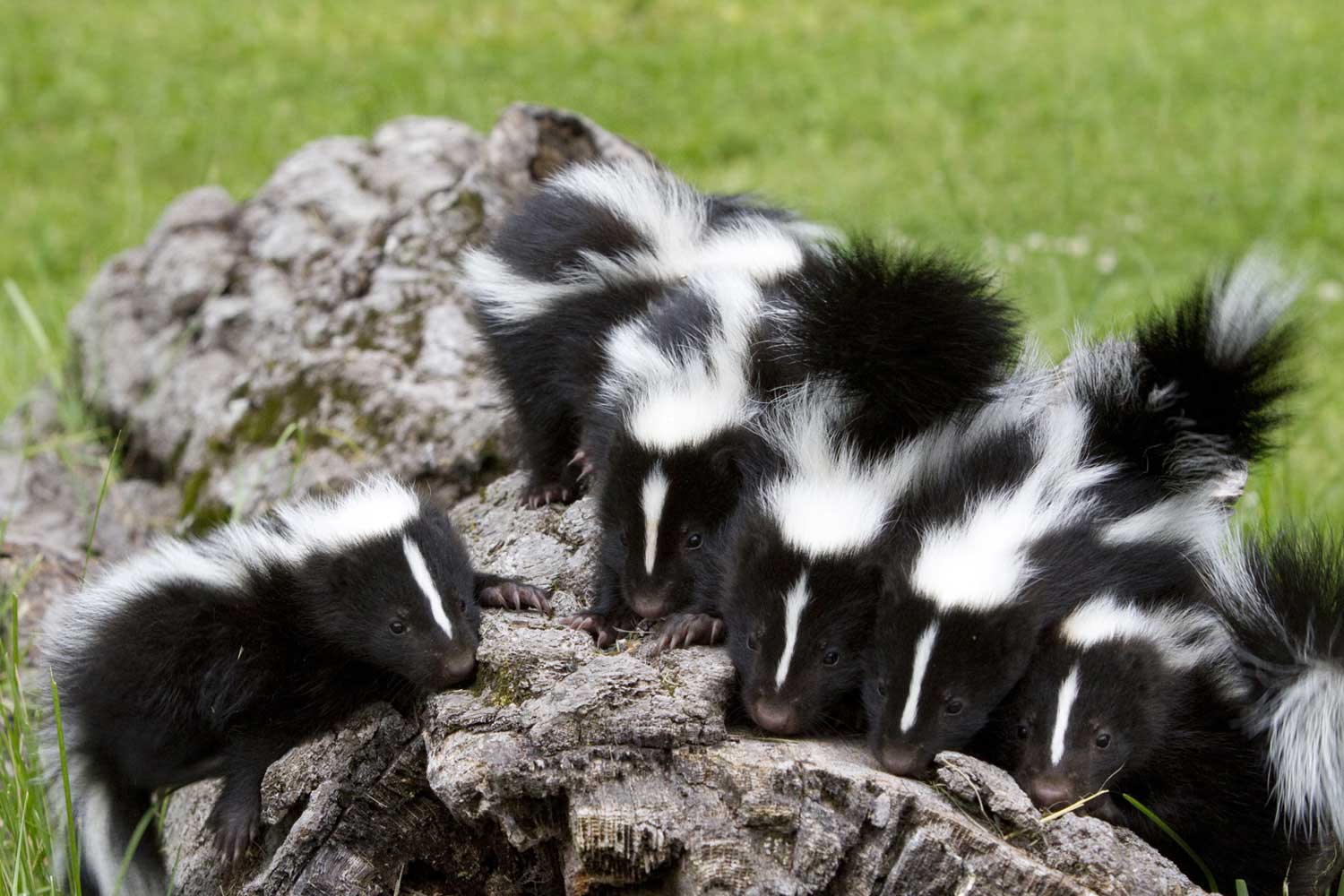 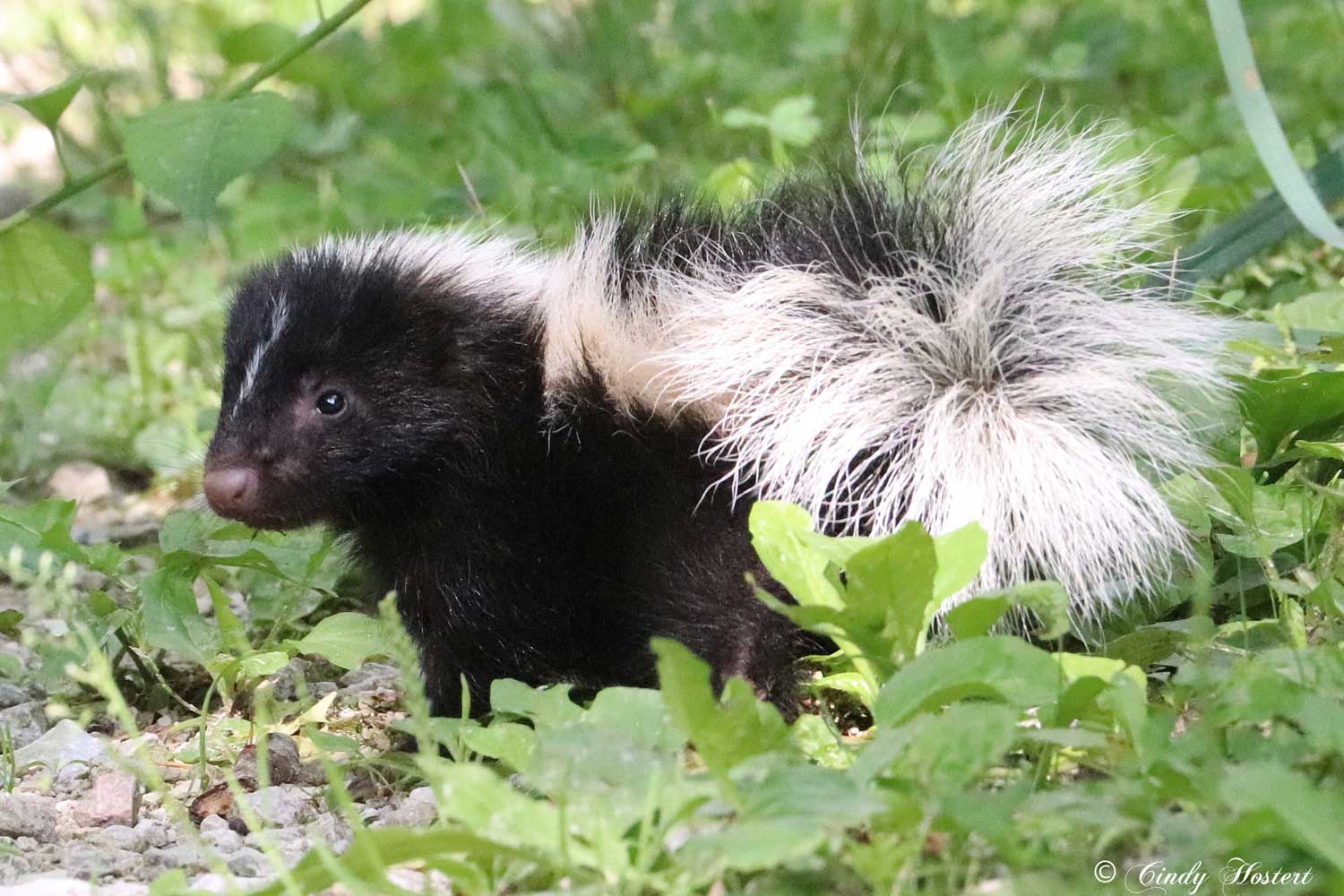 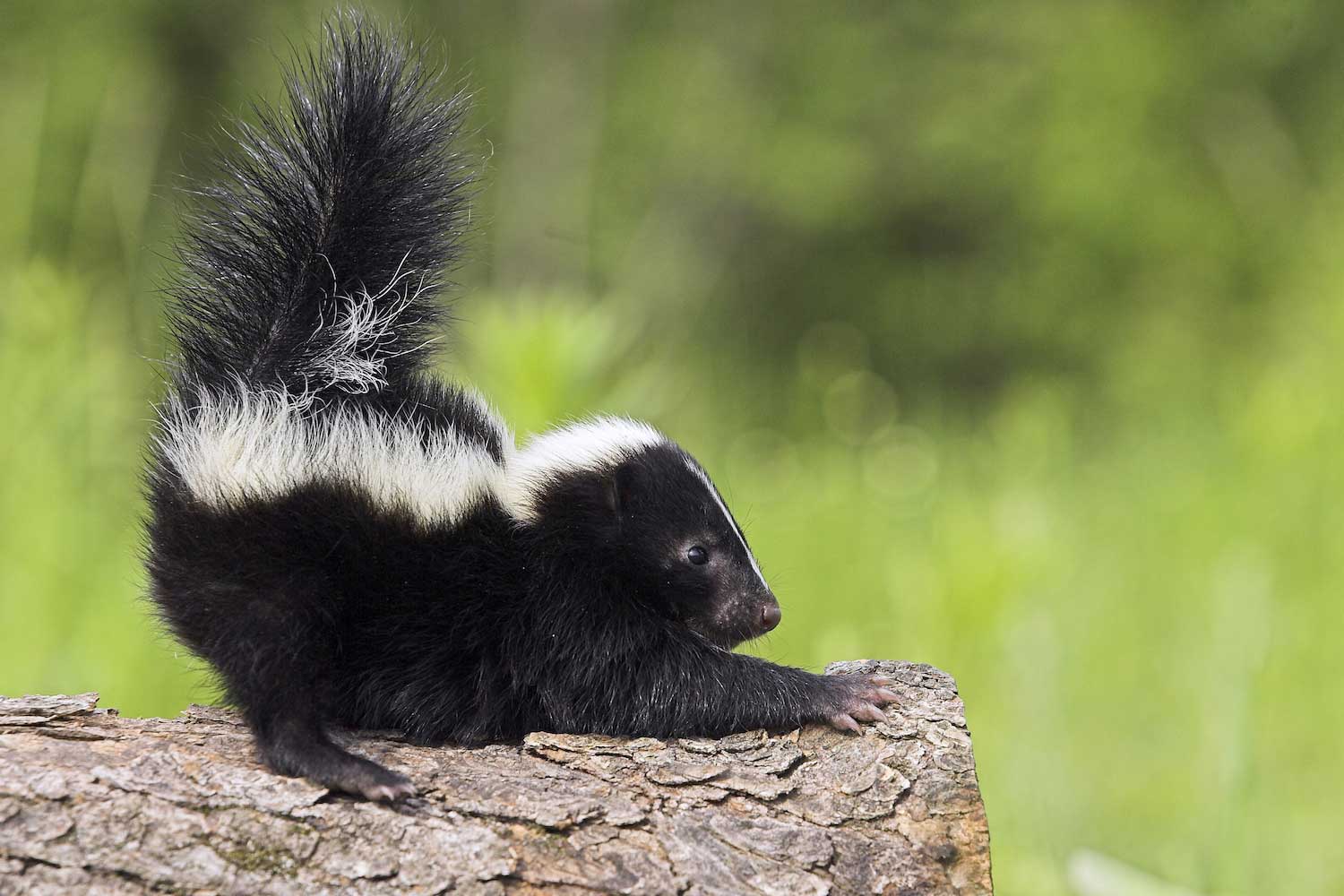 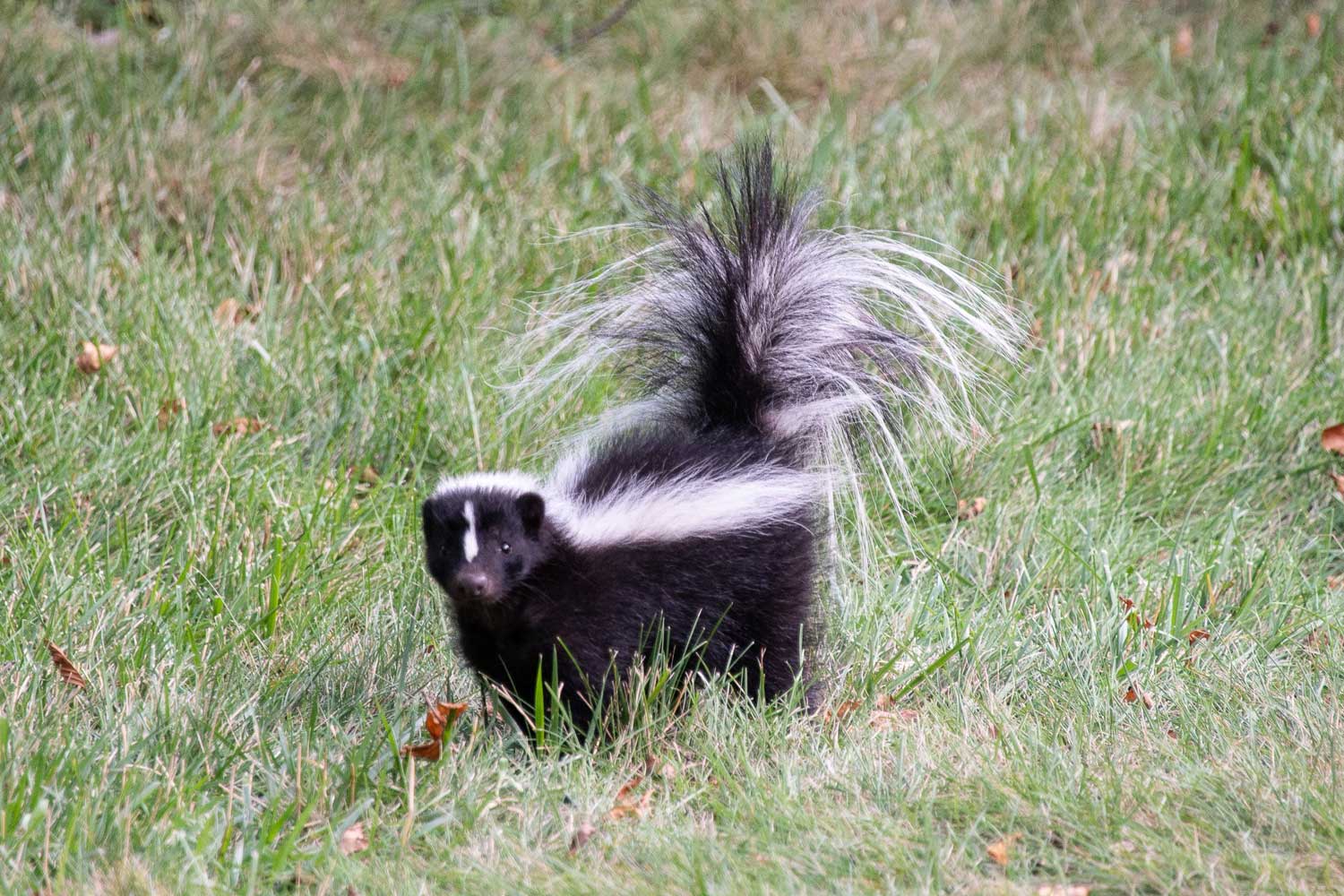 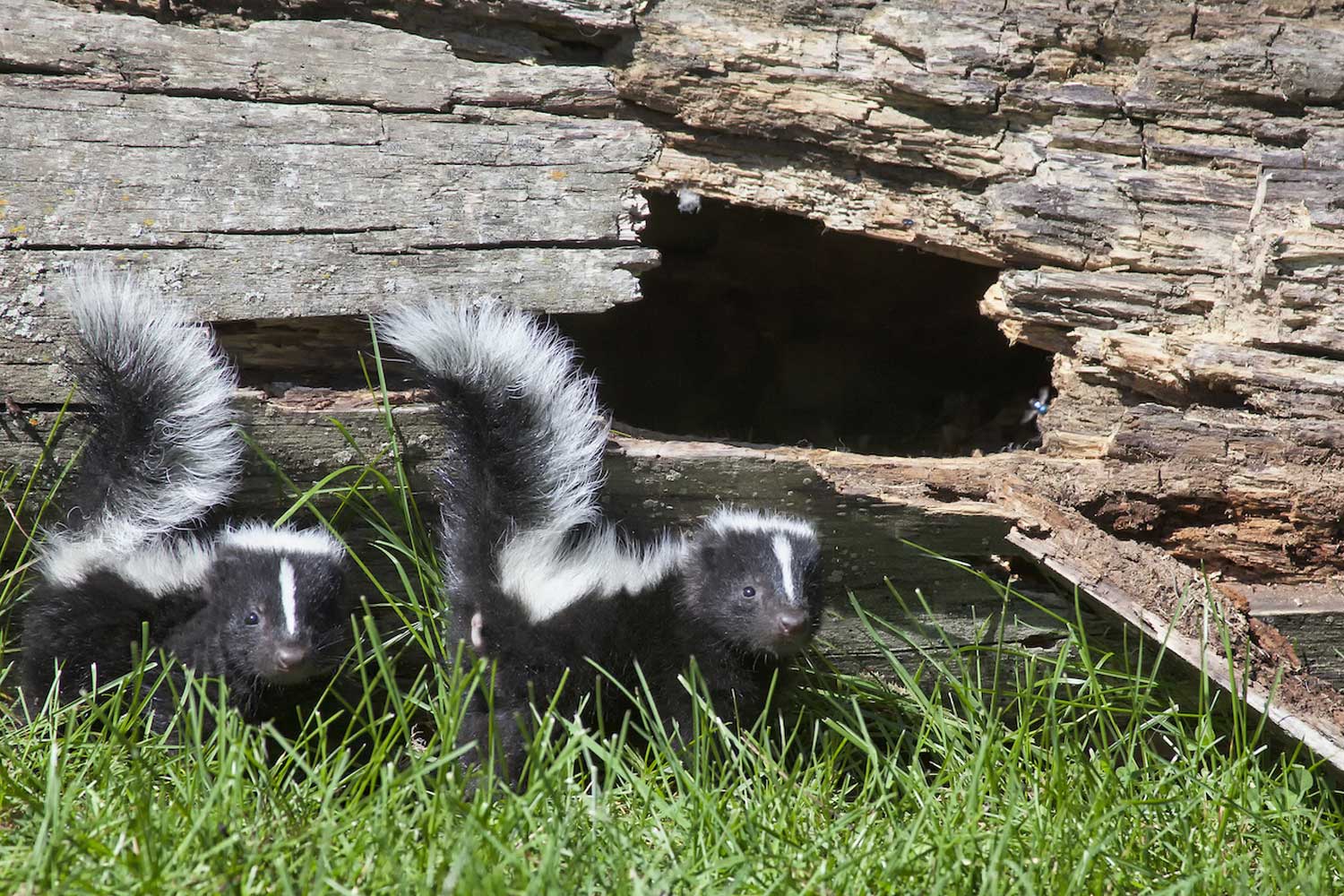