Keep your fingers crossed for snowy owl sightings this winter 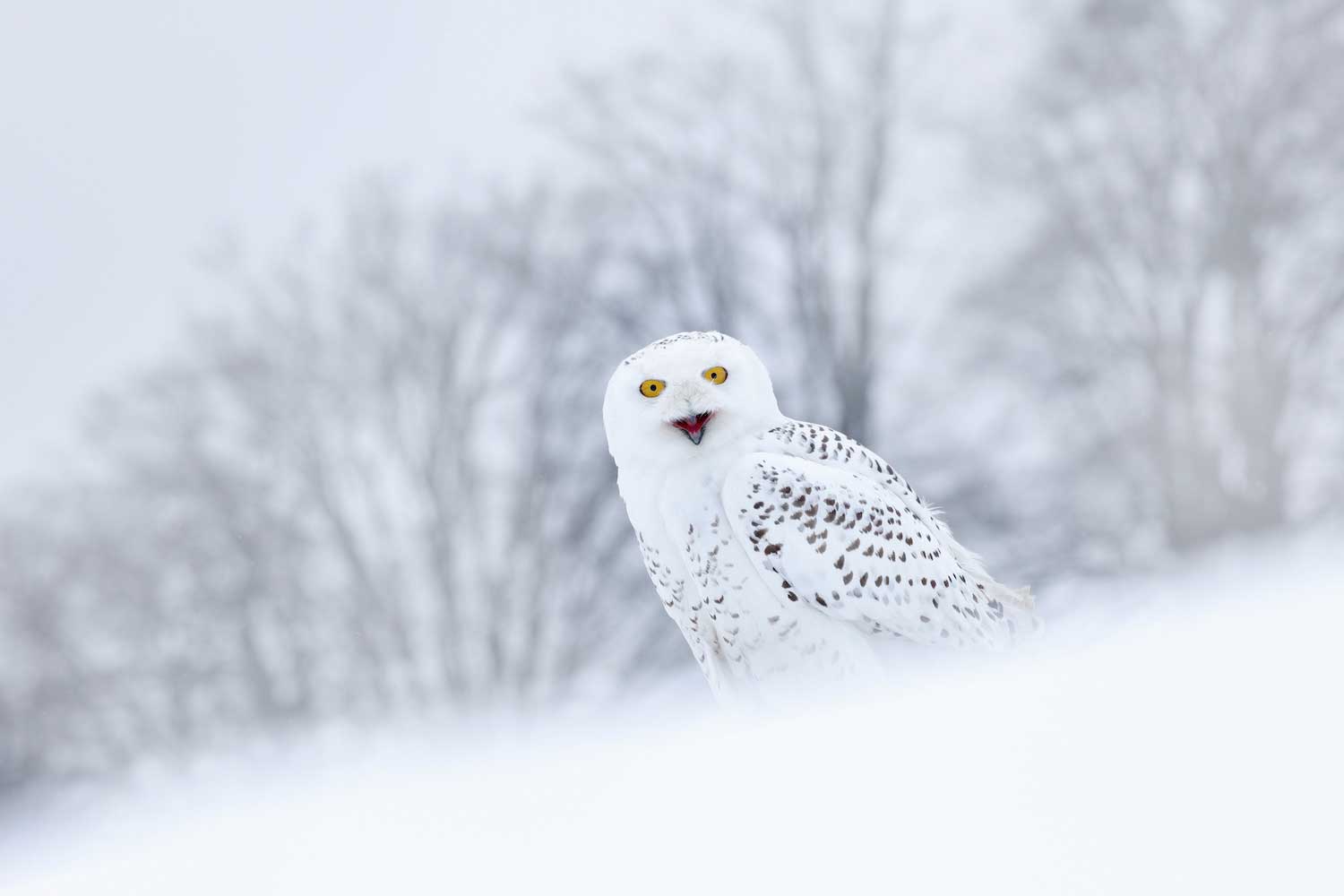 Perhaps no bird sighting is as sought after as the snowy owl. It's on the bucket list of many a birder, and the hope of seeing one is enough to draw people out on a birding adventure in the dead of winter.

But snowy owls' time here is fleeting — if they are spotted at all. Snowy owl sightings generally occur each winter, but some years the sightings are few and far between. In other years, though, snowy owls migrate south in much larger numbers than usual. These are called irruptive years. Snowy owls usually start arriving at their local wintering grounds in November, although their arrival date can be dictated by the availability of prey in the northern regions, according to the Illinois Department of Natural Resources. They usually stay in the area until March.

Snowy owl irruptions occur because of a booming food supply in their arctic breeding grounds, according to Project SNOWstorm. Snowy owls mainly eat lemmings, and the lemming population fluctuates from year to year. In years with a high lemming population, snowy owls have plenty to eat, which in turn produces an influx of healthy snowy owls migrating south for the winter.

Irruptions usually occur every three to five years, although they cannot easily be predicted in advance, according to Project SNOWstorm. In big irruption years, many more snowy owls than usual can often be seen in northern Illinois and the owls also travel much farther south than usual, sometimes even as far as Florida and Texas. One of the most significant irruptive years was the winter of 2013-14, when the owls were spotted as far south as Bermuda.

In both irruptive and non-irruptive winters, look for snowy owls locally in prairies, fields, marshes, lake edges and open areas such as golf courses and airports, according to IDNR. While most birds do not aggressively defend their winter territories, snowy owls sometimes do, going as far as engaging in combat with other snowy owls that encroach on their area.

One boon for anyone hoping to see a snowy owl is that unlike most other owls, snowy owls are diurnal, meaning they are active during the day, Cornell Lab of Ornithology reports. They hunt throughout the day, making it most likely you'll see one in daylight hours rather than at dusk, as with other owls. Their preference for daylight may be because there is sunlight 24 hours a day during part of their breeding season in the arctic.

While many owls are best spotted while looking up, snowy owls spend time both on the ground and perched up high. On the snowy ground, look for oddities and irregularities among the snow, the Cornell Lab advises. That irregularity just might be a snowy owl. Up high, keep an eye on utility posts and the tops of buildings and grain elevators. You may need a sharp eye to discern a snowy owl in the distance. Many an avid birder has experienced the letdown of realizing what they thought was a snowy owl was actually a plastic bag snagged on a branch or other vegetation.

You can't always tell whether a snowy owl you spot is male or female, but an almost pure white owl is always male, according to Cornell Lab. Females and young males are white with dark brown barring, but females have more dark barring than young males and the males lose their barring as they age and can be almost entirely white when they are older.

Want to check out where snowy owls have been spotted so far this winter? Head to eBird, where you can use their species maps to view sightings for any bird species, including snowy owls. You'll need to set up a free eBird account to access species maps.

If you're lucky enough to catch a glimpse of a snowy owl — or any other bird, for that matter — keep basic birding ethics in mind and take care not to disturb it or flush it out of its location. Keep yourself a safe distance from the bird and observe quietly and keep noise to a minimum, the U.S. Fish and Wildlife Service advises. Do not use bird calls from phones or other devices to lure birds, and do not feed or leave food for the bird. If taking photographs, do not use a flash.