Think twice before your next sip and skip the straw instead 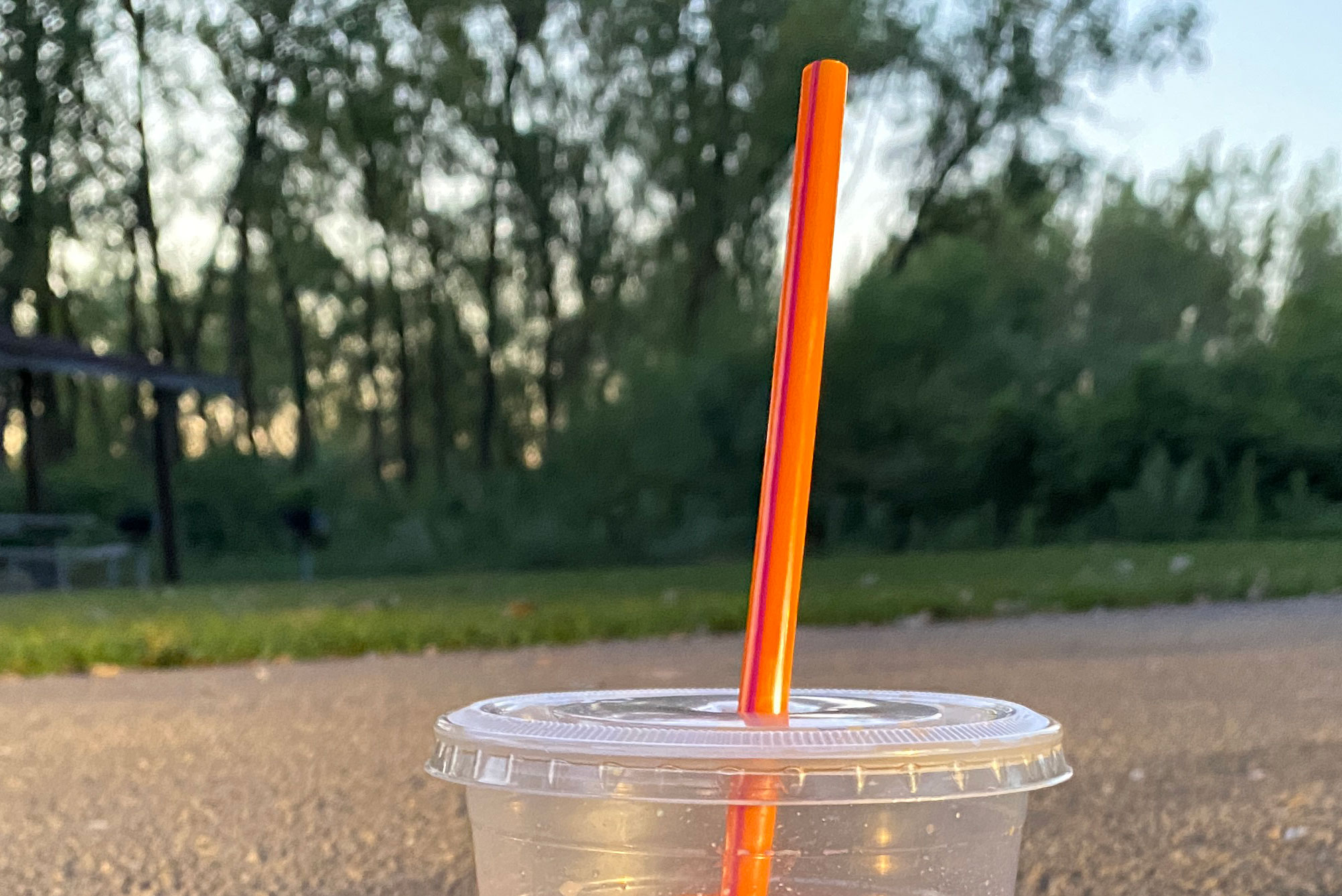 The next time you hit the drive-through for lunch or an afternoon pick-me-up, think twice before using the plastic straw that inevitably comes with your drink.

February 26 is National Skip the Straw Day, an event held the fourth Friday of every February to raise awareness about how many straws end up as litter and how these straws ultimately affect our environment.

Plastic straws have become the new plastic bags, the focus of laws and mandates to regulate and — ultimately — eliminate or greatly reduce their use. In July 2018, Seattle became the first major U.S. city to ban plastic straws, but others laws have followed suit, Business Insider reports. Washington, D.C., also has enacted a ban on straws and plastic stirrers and, in California, sit-down restaurants cannot provide straws to customers unless they are requested.

Even large corporations have pledged to cut back on or eliminate plastic straw usage. One of the largest companies to do so is Starbucks, which phased out plastic straws in 2020, Food and Wine reports. All drinks at Starbucks are now served with sippable lids, although straws do remain available for people who need them.

So why is the plastic straw the newest target? In large part because most of us don't need them — for most able-bodied people they are simply a convenience — and we use a whole lot of them.

Specific statistics about how many plastic straws Americans use are hard to come by, but the number likely falls somewhere between 170 million to 390 million per day, which amounts to between 63 billion and 142 billion per year, the New York Times reports.

Straws, of course, aren't the whole problem, but they are emblematic of it. They are a single-use plastic, and these products — water bottles, plastic bags, plastic utensils, cups, wrappers — are a major polluter of our planet, particularly our waterways. About 18 billion tons of plastic waste flows into Earth's oceans each year, National Geographic reports.

Put a different way, consider that the equivalent of a garbage truck full of plastic is dumped into the oceans every minute, and by 2050 there will be more plastic, by weight, in our oceans than fish, according to For A Strawless Ocean.

Plastic straws are problematic, too, because the vast majority aren't recycled, either because they are made from non-recyclable plastics or because they are too lightweight to make it through mechanical plastic recycling sorting machines, For A Strawless Ocean reports. Worse, plastic straws are often mixed in with loads of recyclable materials, contaminating them and preventing them from being recycled as intended.

The focus on how plastics, including throwaway straws and other plastic items, affect our waterways primarily centers on the world's oceans, but plastic pollution is a problem locally as well. And what we do locally eventually affects the oceans.

"It's absolutely a problem right here in our own back yards," said Tina Riley, a facility supervisor for the Forest Preserve District.

Will County is rich in rivers, Riley said, and the water quality of our local waterways eventually has an impact on a much larger scale. "Our rivers directly connect to the oceans."

Plastic litter, including the ubiquitous straw, lines the shores of our rivers and lakes here in Will County. In 2013, after a flood at Four Rivers Environmental Education Center in Channahon, Riley and a co-worker conducted a survey of debris that washed onto land. Breaking it down into 5-foot-by-5-foot plots, they found 1,150 pieces of identifiable debris, and it was mainly plastic — plastic films and wrappers, foam, bottle caps, miscellaneous plastic pieces and, of course, straws.

The world's oceans are home to five "garbage patches," large areas where plastic litter, fishing gear and other debris has congregated, according to the National Oceanic Atmospheric Administration. Of the five garbage patches, two are in the Atlantic Ocean, two in the Pacific Ocean and one in the Indian Ocean. The largest of these patches, dubbed the Great Pacific Garbage Patch, is in the Pacific Ocean between California and Hawaii.

Here in our communities, Riley said plastic gets into the water in a few ways: from land, when it is blown into the water during storms or when it isn't properly disposed of, and during and after heavy rain events when flooding occurs.

"It's coming from the land," she said, adding that the notion that much of the trash found in the water comes from recreational boaters simply isn't true. "The vast majority of stuff that's in our waterways is from land."

The problem with plastic

The problem with plastic litter making its way into our waters is that it's permanent, Riley said.

"It doesn't go away," she said. "It simply breaks down smaller and smaller."

You can see evidence of this just by walking along a local shoreline, looking at all the litter that has washed up. Some pieces might be fully intact — say a candy-bar wrapper or a water bottle — but others are just fragments of those once-whole pieces, little bits and pieces of plastic.

Eventually, the plastic breaks down into pieces that are no longer identifiable, then they become pieces so small you can't even pick them up, Riley said. Eventually, you can't even see the tiny pieces of plastic — called microplastics — but they are still there.

Once the plastic is broken down into microscopic pieces, it is very difficult to remove it from water even using filtration, she said. And those small plastic pieces are being consumed by our wildlife.

We're ingesting these microplastics too, because it is everywhere, in our water supply and our food sources.

And we haven't even begun to fully understand what consuming all this plastic means for human health and for the health of wildlife species.

"We don't even know what the long-term impact will be," Riley said.

How you can help

Properly disposing of plastic waste goes a long way to preventing it from becoming litter, but using less plastic is even more effective. That's the whole point of National Skip the Straw Day. If you need a straw for drinking or simply prefer drinking with a straw, consider a more eco-friendly option. Metal, paper, glass, silicone and bamboo straws are all good alternatives, National Geographic reports.

Avoid compostable straws if you can, For A Strawless Ocean advises. While these products are better for the environment in theory, they often are disposed of improperly. And if they make their way into our waterways, they pose the same risks as regular plastic straws because they are only designed to break down in suitable composting conditions.

Why is it so important to use less plastic? Because items like plastic straws aren't biodegradable, meaning they exist for about 400 years after they are used, leaching chemicals into land and water, according to TreeHugger.

And for the vast majority of us, straws are simply unnecessary.

This video, from a previous exhibit at Four Rivers Environmental Education Center on how garbage affects our waterways, gives a visual representation of just how much trash can be found in our local rivers and streams.