For first time in years, red-throated loon sighting reported in Will County 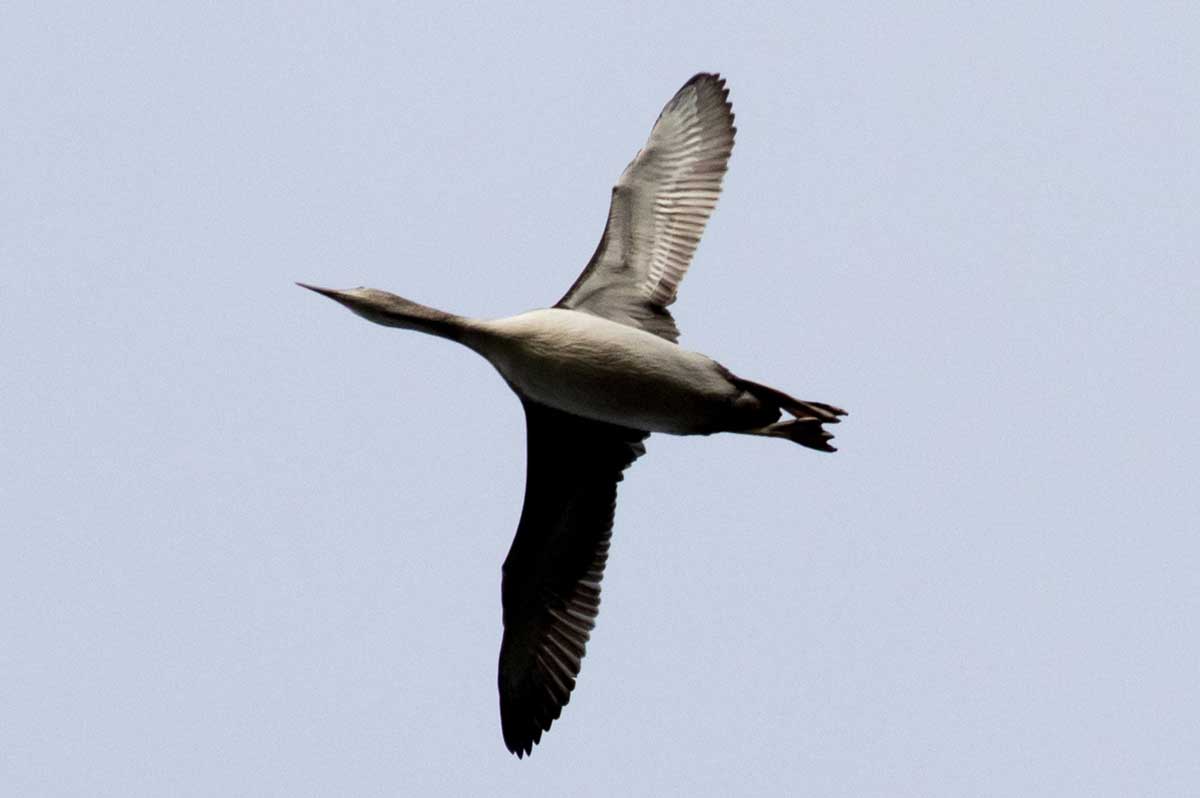 There's a wide variety of bird species one can spot in the preserves, but every now and then, birders get a rare treat. Such was the case last week when a red-throated loon was seen hanging around Whalon Lake in Naperville.

The sighting was flagged on the District's Will County Wildlife Facebook group. Chris Gutmann, the facility supervisor for the District's Isle a la Cache Museum in Romeoville, was out at Whalon Lake on Friday and confirmed it was indeed a red-throated loon.

According to eBird data, it's the first time the bird has been reported at Whalon Lake in seven years. The last time one was reported in Will County came in 2015 in Channahon at the Des Plaines Conservation Area.

In the Chicago area, red-throated loons normally don't migrate west of Lake Michigan, according to the Cornell Lab of Ornithology.

So why was it at Whalon Lake?

"I can say it’s not unheard of for species normally associated with large bodies of water to wind up at Whalon Lake," Gutmann said. "Sometimes birds get blown off course. Sometimes they simply get too tired and are forced to land. If this loon is a first-year bird, it may be still learning the ropes and hasn’t discovered Lake Michigan yet."

It's fairly common for migratory birds to get to a point where their energy reserves are spent and they need to take time to rest and refuel. That happens each year with American white pelicans at McKinley Woods in Channahon.

"Forest preserves, in general, are of paramount importance as stopover sites for migrating birds," Gutmann said. "Use as stopover sites is the reason the birding is so amazing in preserves during peak songbird migration in May and September. Many species of waterfowl are on the move right now, and they are fond of our old quarry lakes, like Whalon and Lake Renwick. More tantalizing sightings are likely still to come."

If you're hoping to catch a glimpse of the red-throated loon, you're out of luck.

On Friday, just a day after it arrived, it was seen circling over the lake, gained altitude and headed east.