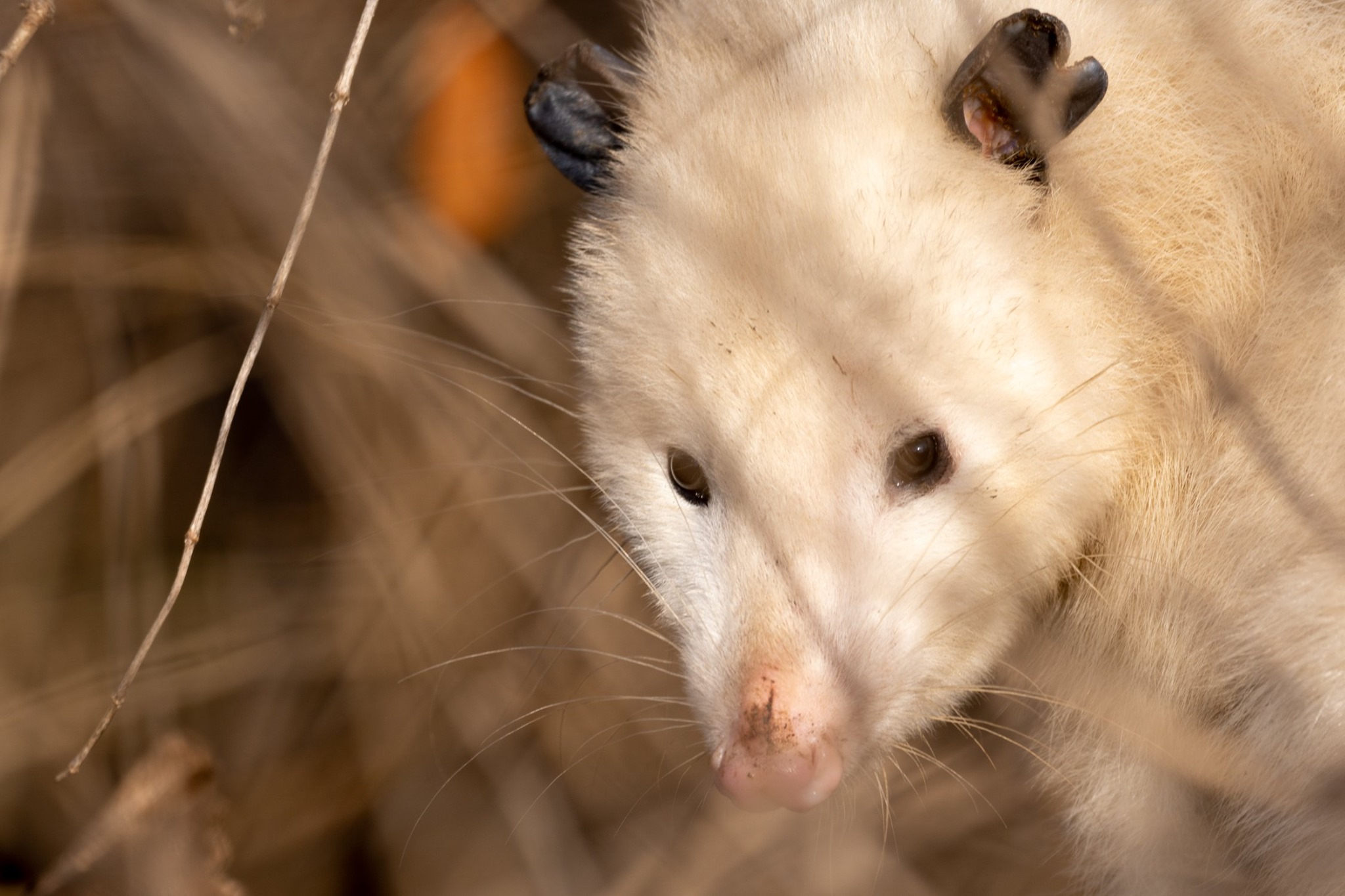 With scores of wildlife to be spotted around Will County, you never quite know what you'll spot while in the great outdoors.

It could include an active bald eagle nest, a huge flock of migrating greater white-fronted geese, or, in an extremely rare instance, an alligator. But this week's most fascinating find comes to us courtesy of a white opossum photographed in Wilmington on Wednesday.

The photos of this critter, which is white except for its ears, eyes and tail, was shared on the District's Will County Wildlife Facebook group by Kurt Kuehni.

While it's unusual, this isn't totally unheard of. In fact, a number of these oddities have been seen in Will County. For example, a white great horned owl, a white cardinal and an albino woodchuck have all been photographed in Will County.

So why is this opossum white?

The answer isn't necessarily clear cut, as a variety of genetic mutations and abnormalities can result in coloration such as what we're seeing.

While most people consider true albinism to be an absence of all pigment due to a genetic mutation that prevents the production of melanin, there are varying degrees of albinism. An animal could be albinistic and still have some color and lack the characteristic pink eyes.

Another condition is leucism, which causes an abnormality in pigment an animal's fur or feathers. It can cause pale or muted colors, as well as irregular patches of white.

While these conditions don't cause any health problems, they do prevent the afflicted animals from having their natural camouflage, which can make them more susceptible to predation.

Read more about the two conditions at The Cornell Lab's Project FeederWatch.