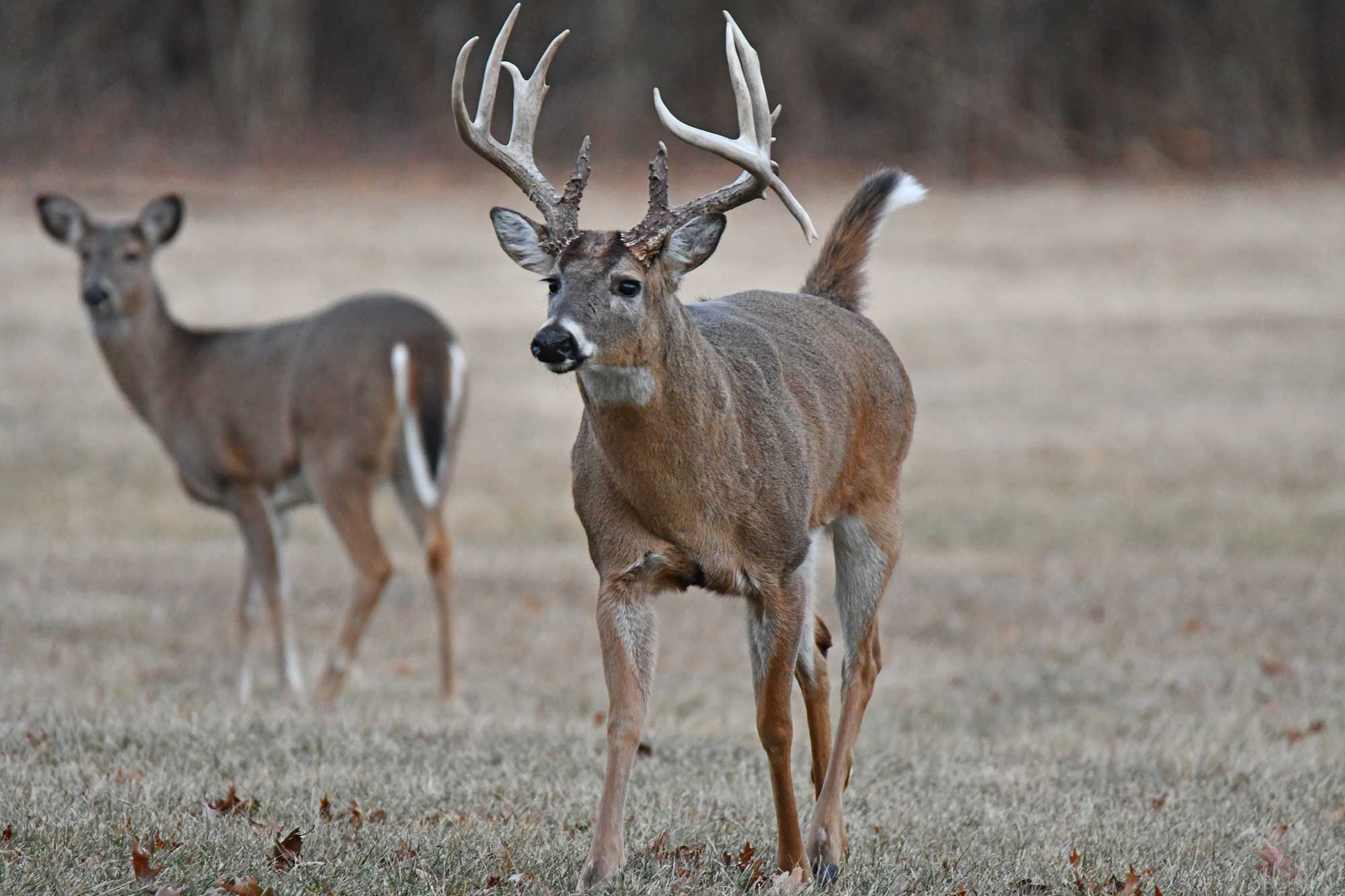 It's time for our annual fall reminder to be extra vigilant for deer on and around area roadways.

The peak mating season for deer is approaching, and one of the unfortunate side effects of that is more collisions with them on local roads.

For white-tailed deer, peak mating season – called a rut – is late October to mid-November. During this time, deer tend to move about more freely, causing an uptick in collisions with vehicles. Collisions with vehicles is second only to hunting in causes of deer mortality in Illinois, according to the Illinois Department of Natural Resources.

"Deer often travel in groups, so if a deer crosses the road ahead of you, there is a good possibility that another will follow," Illinois Transportation Secretary Omer Osman said in a news release from the Illinois Department of Natural Resources and Illinois Department of Transportation. "Always be prepared for the unexpected. A deer might stop in the middle of the road or double back. Don't veer for deer – it could cause you to lose control of your vehicle and swerve into another lane or off the road."

In 2021, 14,522 motor vehicle crashes in Illinois involved deer, according to the news release. Of these, 13,936 caused damage to property or vehicles, and 584 resulted in injuries. Two of the crashes were fatal.

Fall is the season with the most vehicle crashes involving deer, with more than 42% of deer-vehicle collisions in Illinois occurring in October, November and December, according to the news release. November is the month with the highest risk of striking a deer while driving.

Collisions with deer are most common in rural areas of Illinois, accounting for more than 72% of collisions involving deer, the news release states. However, many counties with urban, suburban and rural areas are among those with frequent deer-vehicle collisions. Will County ranked third on the list of Illinois counties with crashes involving deer in 2021, with 326, according to IDNR and IDOT. The county with the most deer collisions in 2021 was Cook County, with 493. Other counties in the top five were Madison, Sangamon and Peoria counties.

Deer are crepuscular, which means they are more active at dusk and dawn. Because of this, most accidents with deer happen between 5 and 8 a.m. and 5 and 10 p.m., according to Wildlife Illinois. In 2021, 71% of deer-vehicle collisions occurred at twilight or at night.

Deer collisions in the fall are enough of a public safety problem that the state has devised the "Don't veer for deer" driving strategy to help keep drivers safe. The state advises drivers to take note of deer crossing road signs, as these indicate areas where deer are more likely to be seen. Of course, avoiding hitting the deer is always the best option, and the state has some tips for drivers to make them more aware and help them steer clear of collisions:

"Whether in rural or urban areas, deer are part of the Illinois landscape, and we need to be alert to their presence," said Illinois Department of Natural Resources Director Colleen Callahan. "Please be cautious while on the road, as deer are particularly active during the mating season in the fall and during busy driving times around dawn and dusk."

In the event you do hit a deer, pull your car off to the shoulder if possible and turn on your hazard lights, the state advises. Call 911 to report the accident and request emergency assistance. Do not exit your car to try to check on the deer or remove it from the road.

While fall is the time drivers are most likely to encounter deer on roadways, spring also poses problems. Around May and June each year, mother deer and their fawns start moving about more, and the young deer often move to new areas, posing risks near roads, according to Wildlife Illinois.