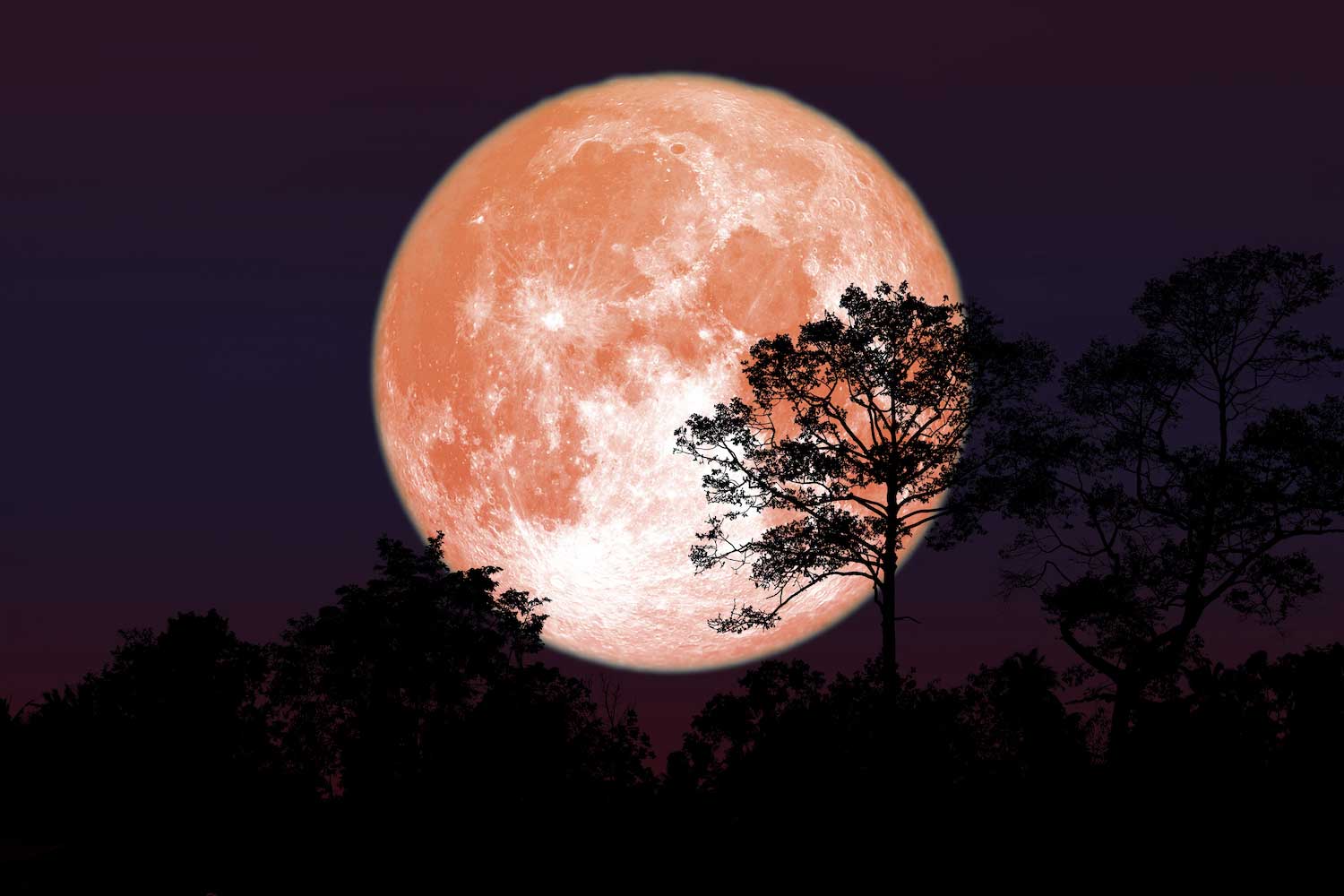 Have you ever glanced at the full moon as it rose in the night sky and thought it looked much bigger than usual? This can sometimes happen as the result of an optical illusion, but there's also a few months each year when the full moon does, in fact, appear larger than usual.

These big moons are called supermoons, and they occur a few times each year, although exactly how many times depends on who you ask and how the term is defined. Sound confusing? It is, and that's because supermoon is not an official astronomical term, so there's no precise definition. And that, of course, means different agencies and groups have applied their own standards, leading to some discrepancies.

One generally accepted standard is that supermoons occur when a full moon is within 90% of the closest possible approach to Earth, Space.com reports. By that definition, the June, July and August full moons will all be supermoons in 2022. Some groups also included May's full moon as a supermoon this year.

Supermoons get their superlative name because these full moons are brighter and larger than others we see in the night sky, NASA reports. We see these moons as larger and brighter because the moon is full at the same time its orbit reaches its closest point to Earth, called the perigee.

June's full moon — and the first supermoon of the year by many standards — will be June 14, and it will reach its fullest point early in the day, at 6:52 a.m., but it will appear full in the sky that night. The full moon in June is sometimes called the strawberry moon, so named by native tribes because it is the time of the year when the sweet berries typically ripen and are in season, according to the Farmers' Almanac. In Europe, June's full moon is sometimes called the rose moon.

A few days after the June supermoon begins a period of optimal viewing for the alignment of five — and possibly even six — planets. From June 18 to 27, Mercury, Venus, Mars, Jupiter and Saturn will all be aligned in the sky and visible with the naked eye, National Geographic reports. Uranus may also be part of this planetary dance, but excellent sky conditions are necessary to be able to view Uranus without the aid of a telescope.

To see this astronomical spectacle, you'll need to get up early. It will be best viewed at morning twilight, visible on the horizon if you are looking to the southeast, Smithsonian reports. The planets will form a line in the sky, with Jupiter highest, followed by Mars, Venus, then Mercury. During this period, Uranus will best be viewed with a microscope, appearing as a greenish-colored dot above Venus.