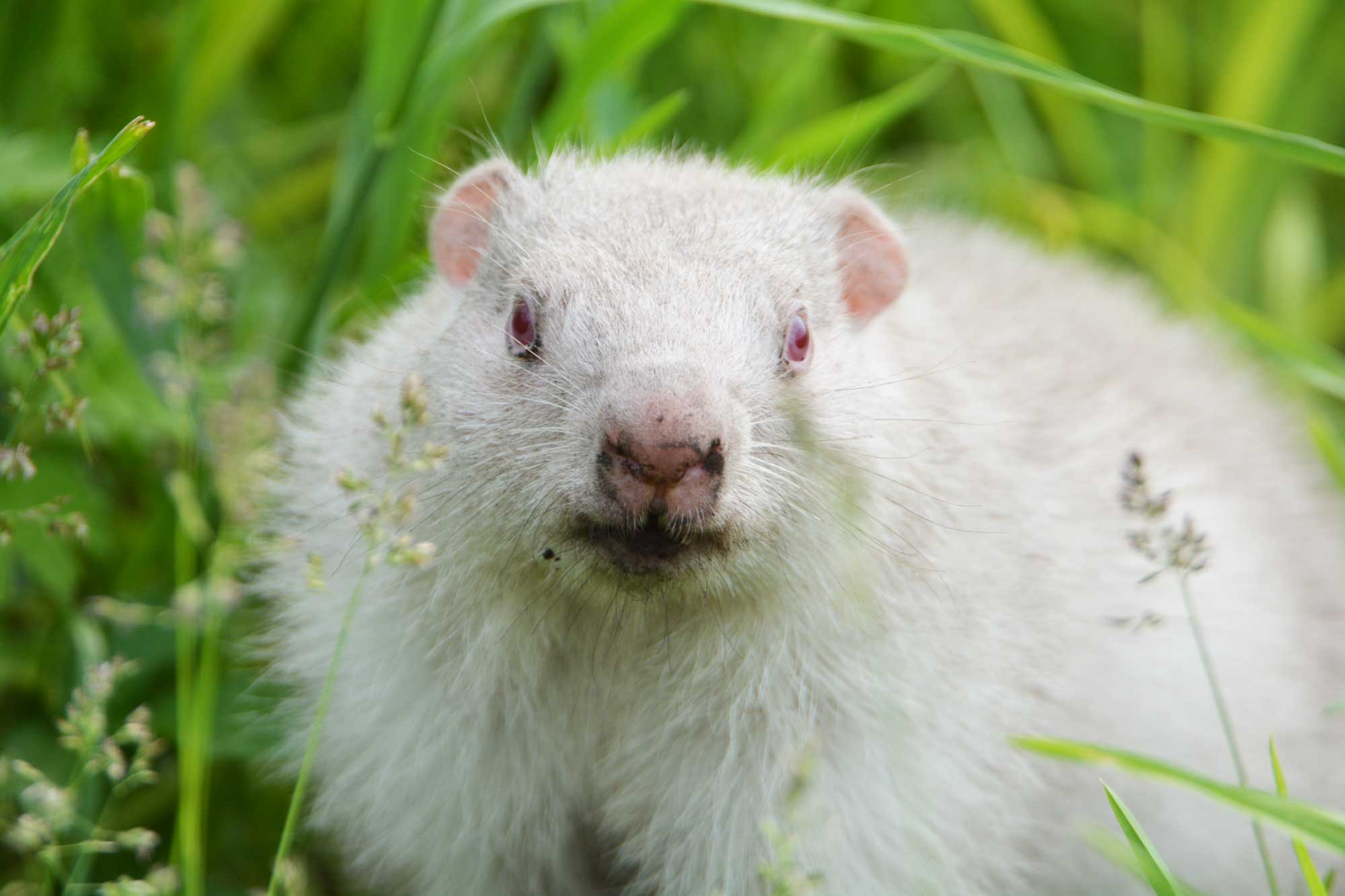 While out in the preserves, it's not unusual to see something off in the distance and not know exactly what it is.

That was the case for Paul Sevcik on a recent trip to Lockport Prairie Nature Preserve when an unusual creature caught his eye.

"I saw this white object along the edge of some tall grass and I stopped to take some photos of it," Sevcik said.

He said that after he took the shots, it slowly walked back into the grass.

It turns out he ended up capturing something fairly rare: An albino groundhog.

In North America, approximately 300 species of animals have some instances of albinism, a genetic condition that results in a lack of pigment. While the condition is more common in birds, with some research showing albinism appears once in about every 1,800 birds, it's more rare in mammals where researchers estimate it occurs only about once in every 10,000 births.

"Albinism may not effect survivorship or reproductive success at all or it could be very problematic depending on the species," said Dave Robson, the Forest Preserve District's natural resource management supervisor. "For animals that rely on their coloration pattern to provide camouflage from predators, small mammals for example, being white makes them stand out and easily spotted."

For the albino groundhog, the condition may not necessarily mean it will meet an early death from one of its predators such as a hawk or coyote. One of the key defense mechanisms for a groundhog is staying near their burrow. They also can run fast — up to 10 mph — for short distances.

"Perhaps the biggest challenge albinism might impose on an animal is poor eyesight, a crucial sense for most," Robson said. "Albinism is known to often result in poor eyesight which obviously places that animal at a disadvantage."

Sevcik's rare encounter just goes to show that you don't have to spend hours in the preserves in order to see something amazing. He said he was only at Lockport Prairie for about 10 minutes when he spotted this unique creature.

"I live about four miles from the prairie and visit when I can find some spare time to do so," he said.

Thanks to all of the eyes and ears we have out in the preserves, we've also seen some other interesting oddities of nature.

For example, there is the white great horned owl and a very photogenic black squirrel, both of which got their moment of fame online.