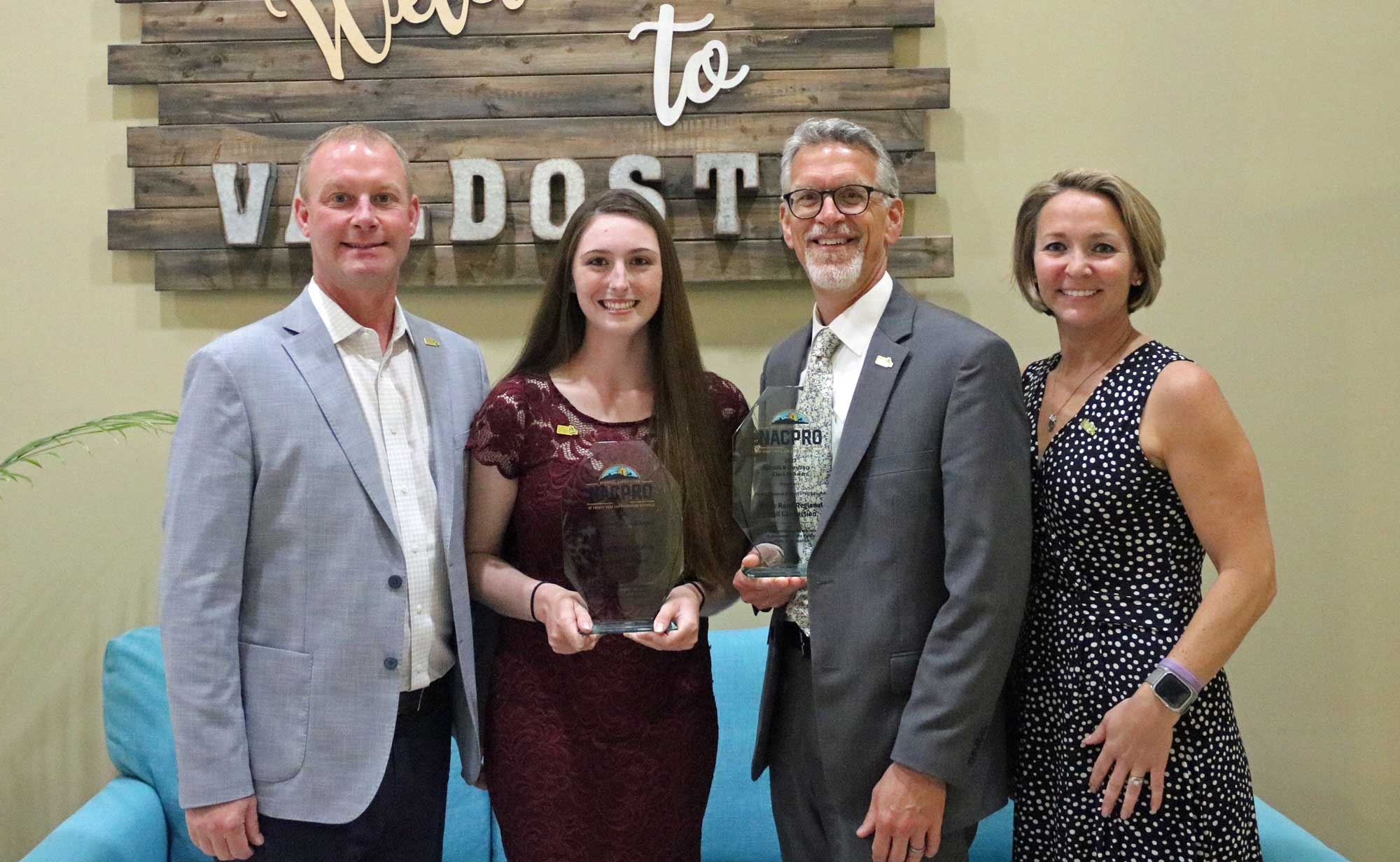 The Forest Preserve District has received two awards from the National Association of County Park and Recreational Officials.

Forest Preserve wildlife ecologist Becky Blankenship of Shorewood won the Young Professional Award, which recognizes “up-and-coming leaders in the parks and recreation profession 30 years of age and younger, who possess leadership qualities and talents,” according to NACPRO.

The District also won an award for Outstanding Achievement in the Field of Parks and Recreation for the Black Road Regional Trail Connection Project. The project, which was completed in 2021, linked two major trails and provided a safer route for path users with the installation of pedestrian bridges over the DuPage River and Interstate 55.

The 2022 NACPRO awards were presented on May 15 at the NACPRO conference in Valdosta, Georgia.

Blankenship, a 2017 graduate of the University of St. Francis in Joliet, has worked for the Forest Preserve District since June 2020. She is responsible for wildlife monitoring, management and concerns in more than 23,000 acres of preserves in Will County.

In her rookie year with the District, Blankenship started a radiotelemetry tracking program to capture and track the movements and habitat use of state-endangered ornate box turtles.

“The resulting data is highly useful for informing land management activities, including prescribed burn timing and frequency and composition and structure of native plantings,” wrote Andrew Hawkins, the Forest Preserve’s director of conservation, in Blankenship’s nomination. 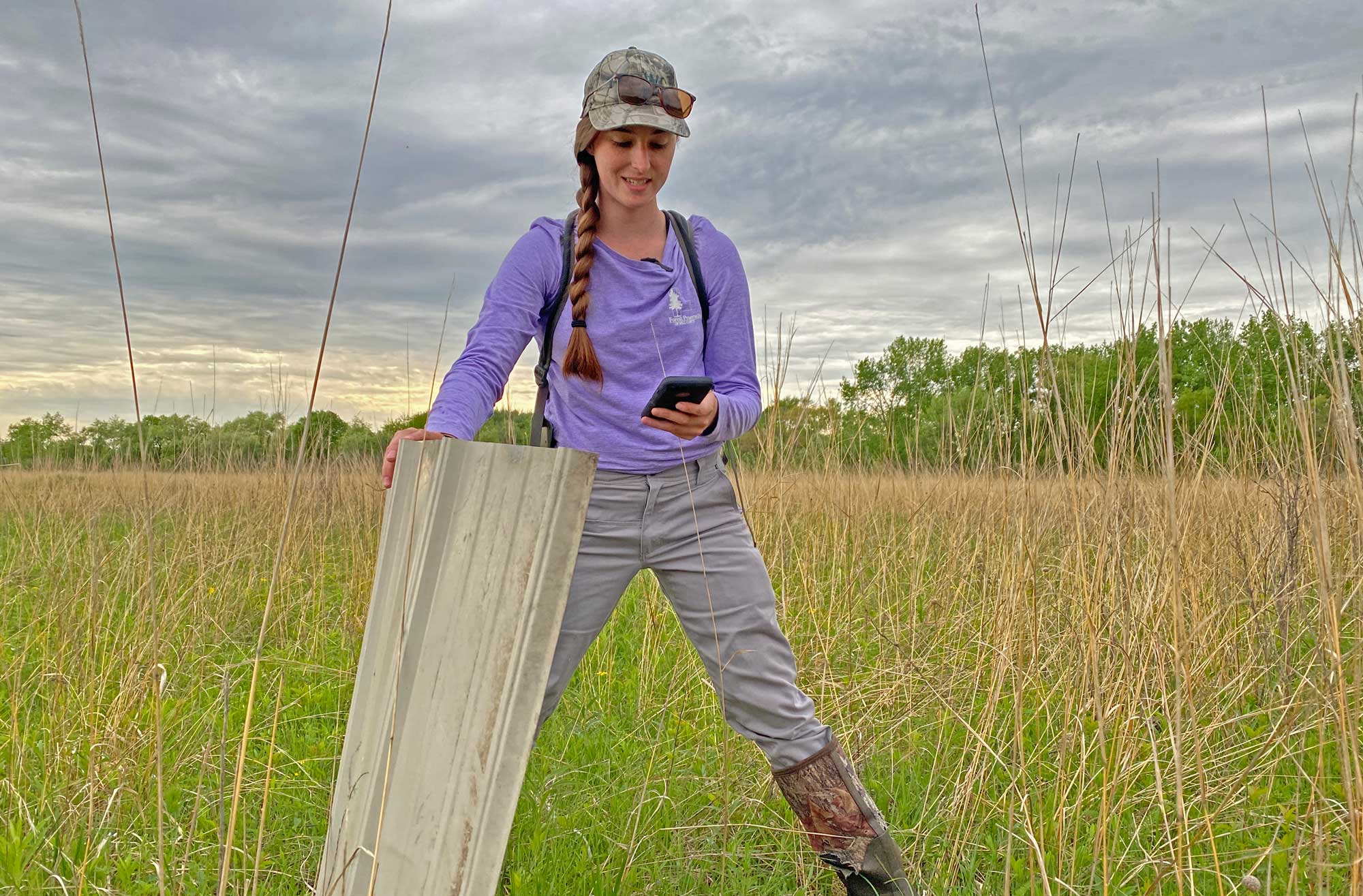 Blankenship also worked with Canadian National Railroad to get turtle crossings installed in a rail line that runs through critical habitat for the state-endangered Blanding’s turtle, which will help reduce turtle mortality. And she monitors wildlife at preserves using game cameras, which has generated photos of many species, including rare pictures of bobcats at a southern Will County preserve.

Hawkins said the District is looking forward to seeing all the positive contributions Blankenship will make to the field of wildlife ecology as her career matures.

"Hearing the wonderful things said about me during the awards ceremony almost brought me to tears," Blankenship said. "It also gave me a moment to reflect upon how much I was able to accomplish in my initial year as the wildlife ecologist. I am so proud that my work with the county’s wildlife has been recognized not only by the Forest Preserve, but also by a national organization."

The Black Road Regional Trail Connection project dates back more than 20 years when Forest Preserve staff sought to connect two trail systems that were separated by the DuPage River and Interstate 55. The existing route along Black Road was not safe for pedestrians due to a lack of a shoulder and a 45-mph speed limit on the road.

The Forest Preserve obtained grants to fund 80 percent of the $3 million project and the trail connection opened to the public in November of 2021.  The project consists of a trail connection along Black Road and pedestrian bridges over the DuPage River and I-55.

The project was complicated and hit setbacks through the years, but always kept inching forward to its culmination, she added.

“Understanding the importance of the connection remained and so did the dedication of Forest Preserve staff and the partnerships with the communities,” Novander said.  “It is truly an honor to be recognized and receive this award from NACPRO.”

NACPRO is a non-profit professional organization that advances official policies that promote county and regional park, recreation and conservation issues.