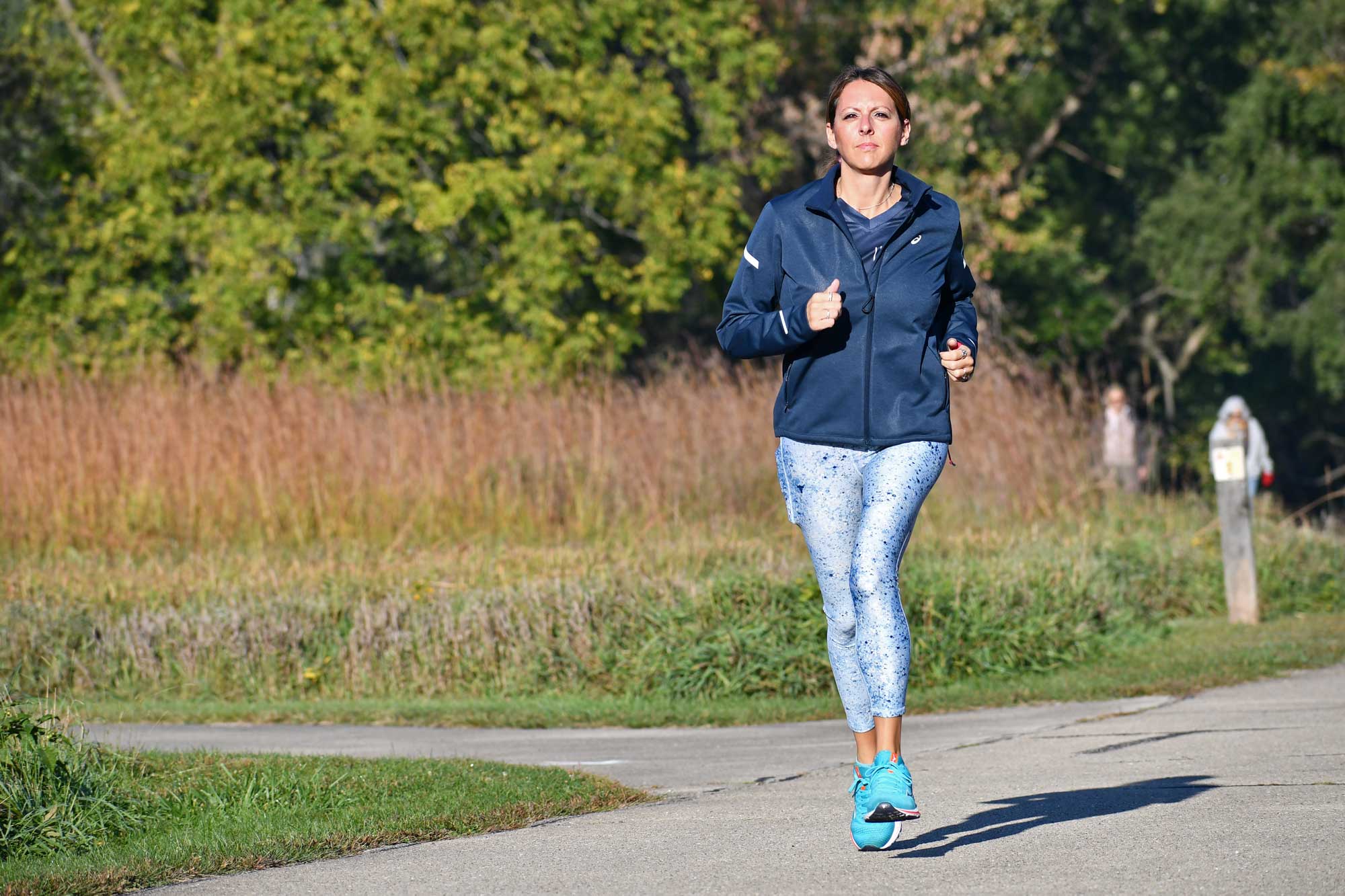 Gina Isabelli of Joliet was cooking, eating and sitting too much when the pandemic first hit in March 2020.

When she decided to start running again to make sure she didn't outgrow her clothes, she found that Forest Preserve District trails were the perfect path back to fitness.

The Flossmoor principal and mother of two said she loves the Forest Preserve's trail system and is using it to train for half-marathons.

The trail connection became a reality when pedestrian bridges were installed along Black Road over the DuPage River and Interstate 55, linking the Rock Run Greenway Trail with the DuPage River Trail in Hammel Woods.

Isabelli said no matter how far she wants to run, she has many distance options when she starts at Rock Run.

“The convenience and the familiarity of it and the choices I have from this area are what I really like,” she said.

She also appreciates the fact that the trails are populated with friendly people who nod and wave, so she feels safe when she has to run alone.

Isabelli said running outdoors improves her mental health especially when she goes after work, which she prefers to morning runs.

“I like to use it as my decompression run,” she said. “I think about things that happened during the day at school.”

She will run in her neighborhood if she must because of time constraints, but she much prefers being outside on preserve paths.

“If I can get on the actual trails and run, it’s so much better. It’s pretty and I always see something I didn’t see before. If I see the sun hitting nicely, I’ll stop and take pictures.”

Isabelli first started running after her daughter was born in 2011. She did a “couch to 5K” race but stopped running eight years ago when her second child was born and she became busier than ever.

In 2020 when the pandemic hit and she was at home, she started cooking and eating more and having a few beverages.

“We sat in the house a lot at first when the pandemic hit in March,” she said. “I knew if I kept that up, when I went to work, my clothes wouldn’t fit.”

So, she returned to running and has been at it ever since.

The Joliet runner’s parents live not too far from Paul V. Nichols access, and Isabelli said she remembers when there were no trails in that area. She said she appreciates the Forest Preserve for building the trails and connecting them and supports the District's mission to expand such opportunities.

She trains with a fellow principal on the paths year-round – even in the snow and cold – and her goal is to run a marathon after she completes her dissertation.

“I have running shoes for winter and snowshoes and they’re waterproof,” she said. “I hate treadmill running. It’s monotonous. When you’re outside, you forget how long you have been running or how far and it’s pretty. It’s just nice being outside.”