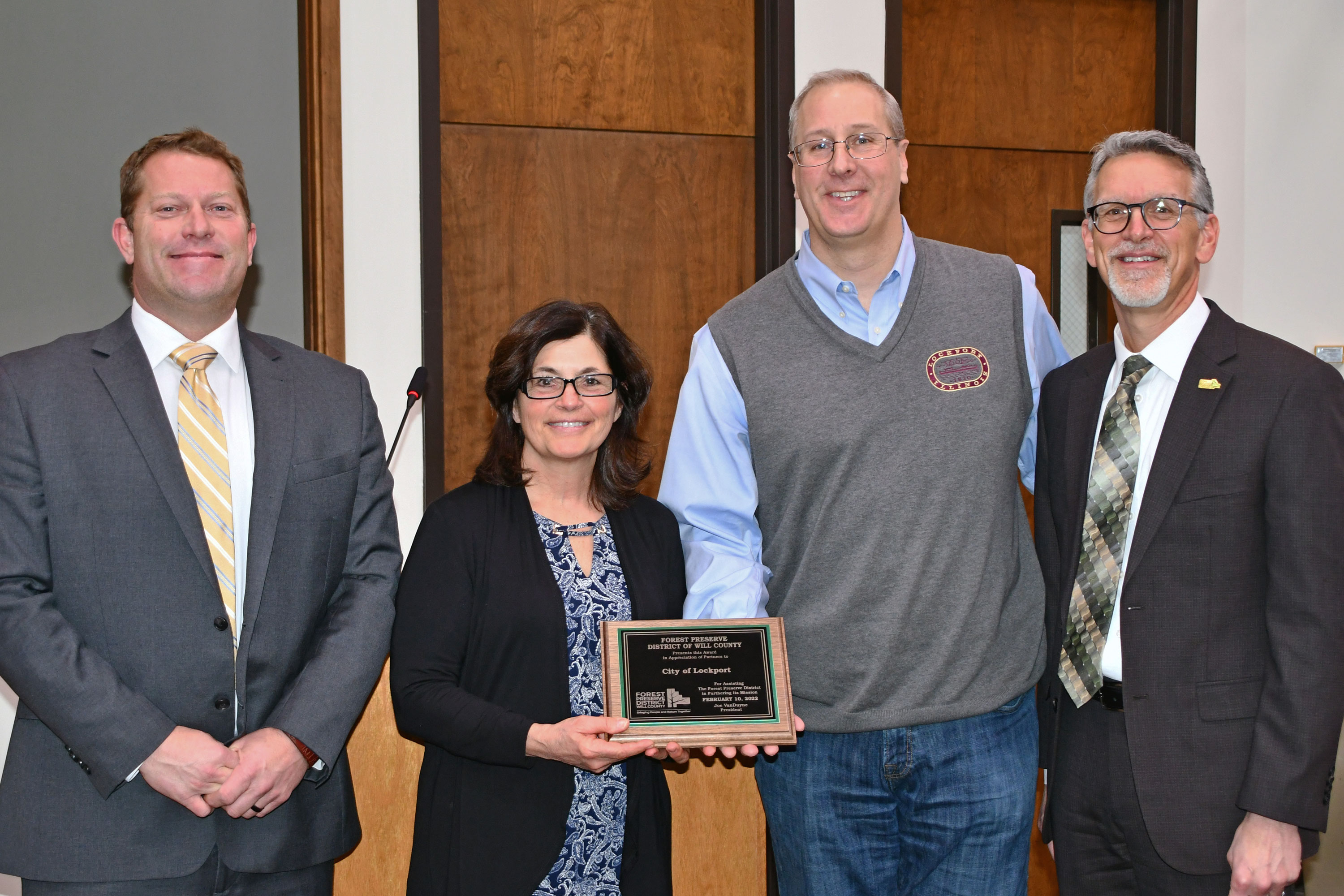 The City of Lockport and the Lower DuPage River Watershed Coalition have received the Forest Preserve District’s 2021 Appreciation of Partners Awards.

The City of Lockport was recognized for its years of coordination and a $575,000 contribution to a new 3.5-mile segment of the Veterans Memorial Trail. Ground was broken in late 2021 for the trail section, which will stretch from Hadley Valley preserve north to 159th Street in Lockport.

“The Forest Preserve is appreciative of their ongoing efforts to contribute to the District and their commitment to making the Veterans Memorial Trail a reality,” he said of City officials.

Alderwoman Renee Saban and City Administrator Ben Benson accepted the award on behalf of the City. Benson said the new trail segment will be a bonus for the City’s growing east side.

“It’s an honor to be acknowledged,” Benson said of the award. “… Thank you for the opportunity and we look forward to, hopefully, joining you again with another project.”

The Lower DuPage River Watershed Coalition was chosen to receive the award for its assistance in making the Hammel Woods dam removal project a reality. The Coalition handled all aspects of the environmental and engineering phases and contributed nearly $600,000 toward the cost of the project.

The group made sure the dam removal and modifications would maximize the health of the DuPage River and the creatures that live in it and around it, Schultz said.

“While the results of the Hammel Woods dam modification may not be visible to the average citizen, the ecological benefits that extend to our region and beyond are quite substantial,” he added.

Jennifer Hammer, Lower DuPage River coordinator at The Conservation Foundation, said the idea to remove the dam dates back to a canoe trip she took more than 20 years ago where she and a previous Forest Preserve executive director discussed impacts the dam had on fish movements in the river system.

The completion of the project will open fish passage not only in Will County but also in DuPage County where restoration efforts also have made a difference in the health of the river, Hammer said.

“And so, this project really is a piece of a much bigger restoration effort throughout the whole watershed,” she added.

“So, once again, thank you very much City of Lockport and Lower DuPage Coalition,” he said. 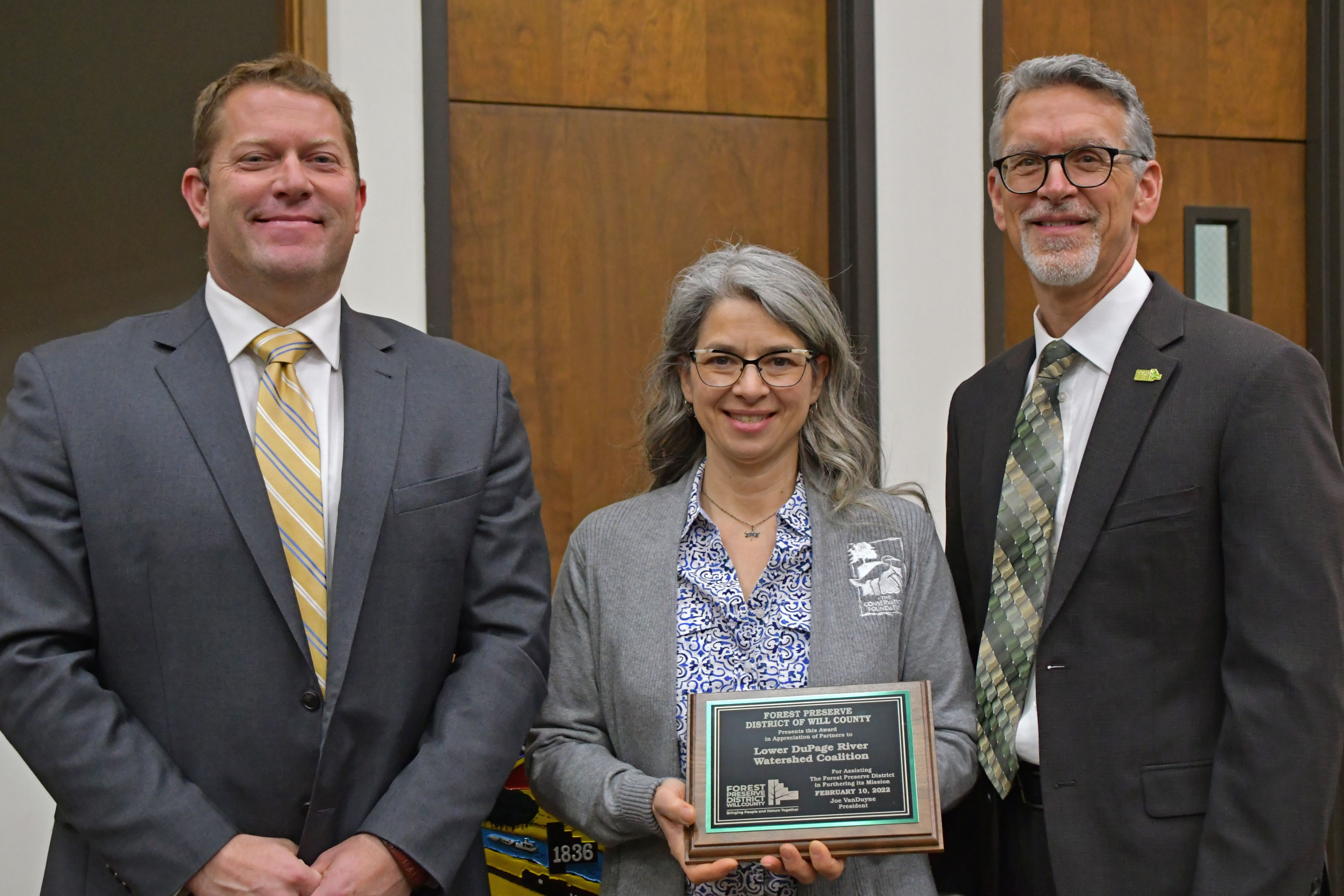