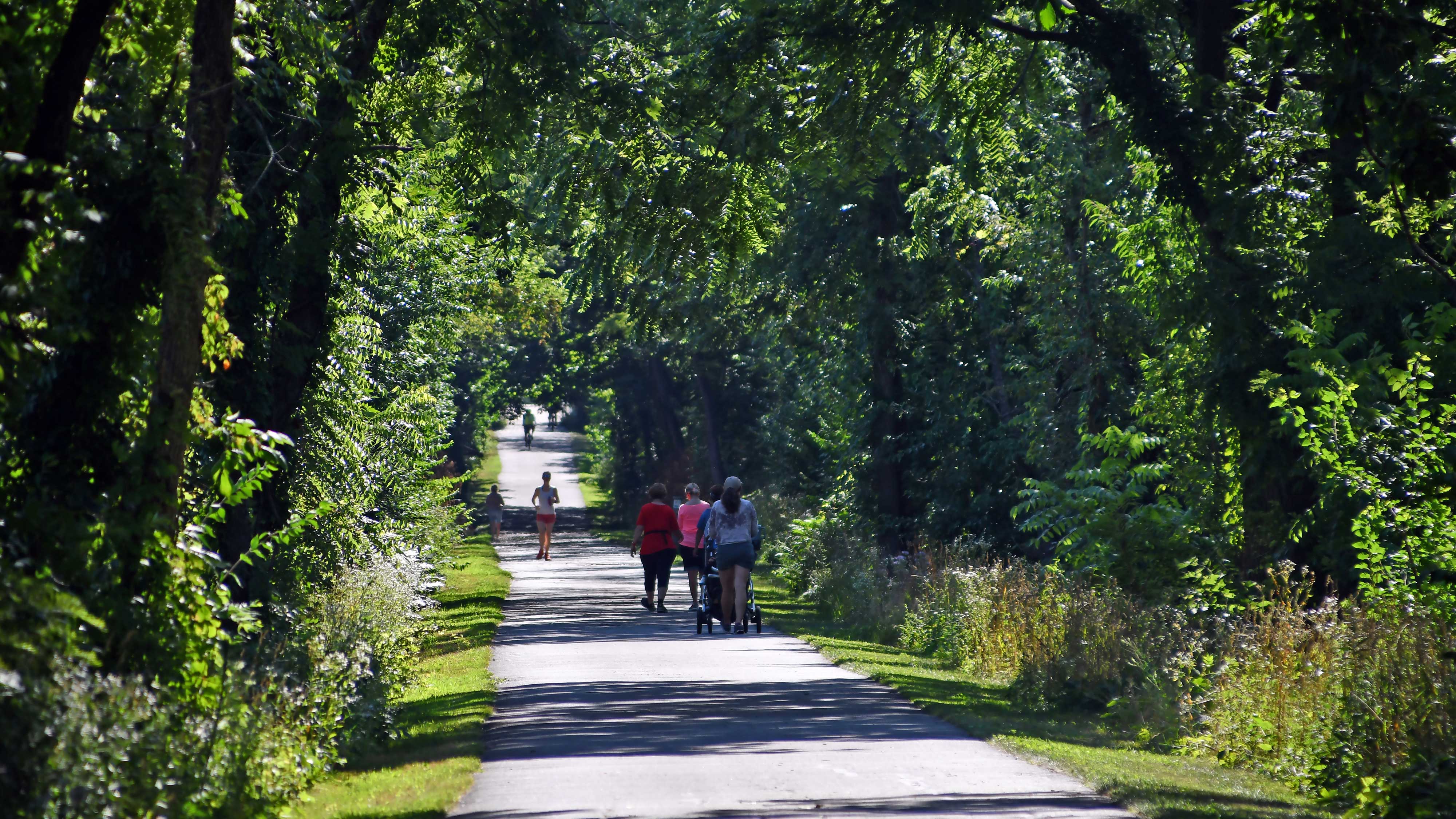 The oldest portion of the Old Plank Road Trail and all of Joliet Junction Trail are being repaved this year.

Work will begin in October on the Old Plank Road Trail, and paving has been completed on the Joliet Junction Trail, though concrete repair work continues at trail crossings.

The OPRT section that will be rehabbed is 25 years old, and it stretches 7 miles west from Harlem Avenue to Schoolhouse Road.

The Joliet Junction Trail is 19 years old and it travels 4.36 miles from Theodore Marsh in Crest Hill to the I&M Canal Trail in Rockdale.

"Path users have enjoyed many years of hiking and biking on these two major trail arteries," said Cindy Cain, the Forest Preserve's public information officer. "But now it's time to replace asphalt sections that have deteriorated and to repave where necessary so the paths will be in good shape for decades to come."

The work consists of pavement patching where the pavement has failed to a degree that it cannot be covered with new asphalt and it needs to be cut out and completely replaced, said Adam Oestmann, project manager for the Forest Preserve's Infrastructure Maintenance and Replacement Program.

Aside from these areas, most of the existing pavement will be get a new layer of asphalt, Oestmann explained.

“The overlay process is preferable to removing and replacing pavement because it’s more cost effective, creates less waste, and strengthens the entire trail by thickening the trail surface, hopefully leading to a longer lifespan,” he said.

Both trails are receiving ADA upgrades including slope, tactile and visual improvements at cross streets. And turf wedges will be installed to minimize edge drop-off.

The Forest Preserve District’s Board of Commissioners approved contracts for both trail projects at its July 14 meeting. McGill Construction LLC of Frankfort was awarded the contracts. Some of the work will take place simultaneously and some will happen on one trail at a time, Oestmann said. The OPRT contract totaled $765,183 and the JJT contract totaled $608,378.

A 2.5-mile section of the OPRT from 108th Avenue to Pfeiffer Road is owned by the Village of Frankfort and the municipality will pay for this portion of the work.

During paving, trail closures will be necessary. Information about where the work is occurring will be posted on the Forest Preserve District’s website. But since the paving work will be a moving operation, path users are asked to use caution and to follow any signage that is posted.